The most famously slow animal on the planet needs little introduction. Native to the tropical rainforests of Latin America, where sloths apparently spend most of their life happily sleeping and cradled by the luscious canopy of the Amazon Rainforest, the sloth is nowadays a synonym for lazy couch-potatoes the world over. 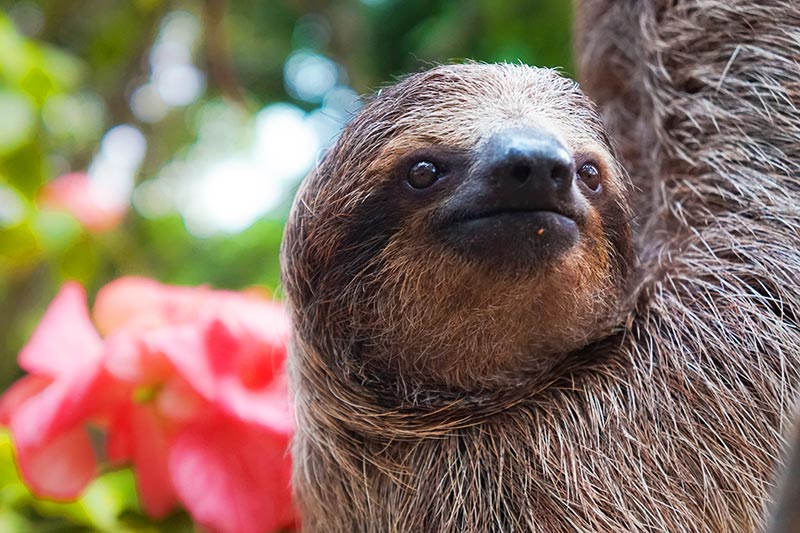 Irresistibly cute couch potatoes, that is! Along with fluffy kittens and orangutans building their own hammocks, sloths have become a bona fide internet sensation in recent years. With their permanently contented smiles, beady little sleepy eyes and adorably fluffy babies – sloth videos and photos have the ability to make grown men swoon with delight. Really! Did you know, that once upon a time, sloths were the size of elephants and incredibly aggressive?

The mind boggles. We know! If you’re intrigued already, we bet you’ll love learning these ten fun facts about sloths! They may just put a smile on your face, too.

1. Sloths Can Mistake Their Arms for Tree Branches—Which Isn’t Good!

Next time you catch yourself doing or saying something rather silly, take heart. Some sloths have been known to grab their own arms – mistaking them for tree branches – and end up falling to their death. *Sigh*

2. They Take Their Time When Going to the Bathroom

Sloths only enjoy, on average, one bowel movement a week. When they do finally do a #2, they can expel up to a third of their entire body weight.

Sloths not only move slowly, but they’re in no hurry to go to the bathroom either!

When it comes to fun facts about sloths, you might be surprised to learn that sloths are three times faster in water than they are on land! And how does a sloth like to swim? Their preferred swimming style is the backstroke.

As a means of self-preservation, sloths don’t stink (they don’t sweat at all) thus avoiding being detected by predators. However, just because they don’t smell, it certainly doesn’t mean they aren’t dirty! Sloths’ hairy coats are cosy habitats for innumerable colonies of insects, algae and bugs. 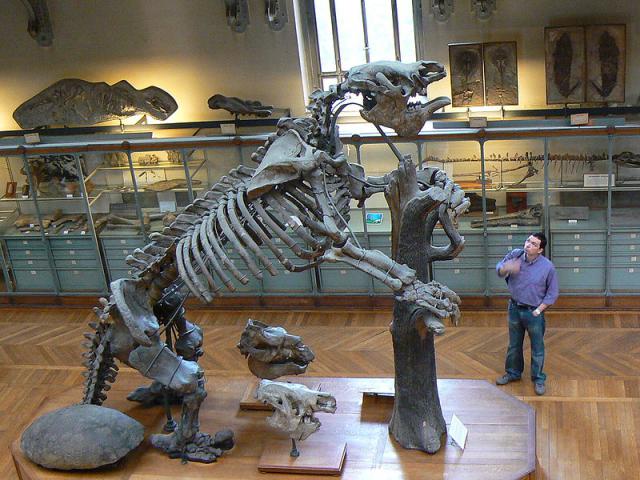 5. Sloths Used to Be Gigantic—Seriously!

Ancient giant sloths – known as Megatherium – were believed to be up to 7 metres tall, weighed about 7 tonnes and had quite the aggressive disposition. Nowadays, you can see a full-scale skeleton of a Megatherium at London’s Natural History Museum.

6. Think You’re Flexible? Not Compared to a Sloth!

Incredibly, the three-toed sloth can turn their head almost 360 degrees! This helps keep them safe and protected, as they can get an accurate view of their complete surroundings.

7. Sloths Give Birth in a Most Unusual Way

Sloths give birth whilst hanging upside down. Before giving birth, the mother will first go down to tree branches at a lower elevation. This way, if the baby does fall, they won’t fall far.

And if they do fall to the ground, it’ll be easy for the mother to retrieve her young and keep them safe.

Sloths are actually built upside down! Well, sort of! Sloths spend an inordinate amount of time hanging upside down, something they can only do because their main organs are attached to their rib cage, so they don’t compress their lungs. 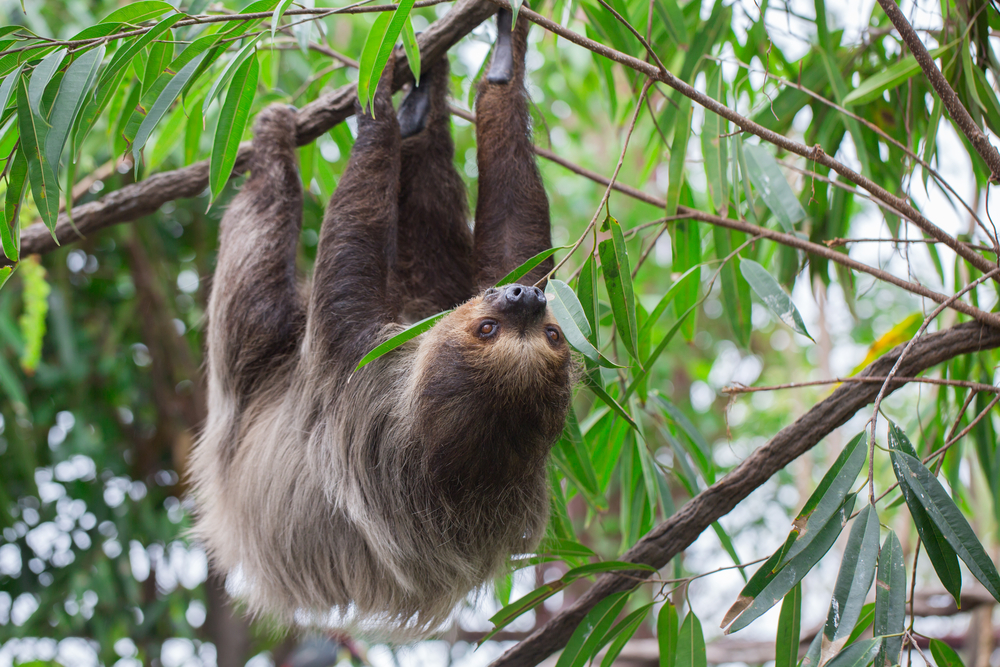 9. Sloths Don’t Sleep as Much as You Might Think

The sloths’ love of a long siesta is actually a misconception – recent research undertaken in the forests of Panama has shown that sloths only sleep between 8 and 10 hours a day, much like us.

10. It’s True—You Could Probably Beat a Sloth in a Race

At his fastest, a sloth will race you down the jungle floor at a blindingly fast speed of about 4 metres a minute! Oh…hang on….

Now That You’ve Learned a Few Fun Facts About Sloths, Do You Want to See Them for Yourself?

Itching to enjoy a close and personal experience with this impossibly adorable creature? Then join us on an tour to Central America, or ask us how we can help you plan an unforgettable wildlife tour, including an adventure tour of Costa Rica with a visit to its world-renowned Sloth Sanctuary, one of the country’s most popular highlights.

The Pantanal is the world’s largest wetlands area. The Pantanal is actually considered to be the world’s densest flora and fauna ecosystem; and its wide open wetland spaces make it much easier to spot wildlife (especially during the dry season where animals are easily found at watering holes).