Before traveling to Antarctica, you might have an idea in your mind of what the experience will be like. It might be cold. The landscape is likely to be white. You’ll probably see penguins. There’s the high probability you’ll see ice and snow.

But for everything you expect Antarctica to be, the continent is likely to hit you with a few surprises. It certainly did for me.

It was better than I had imagined 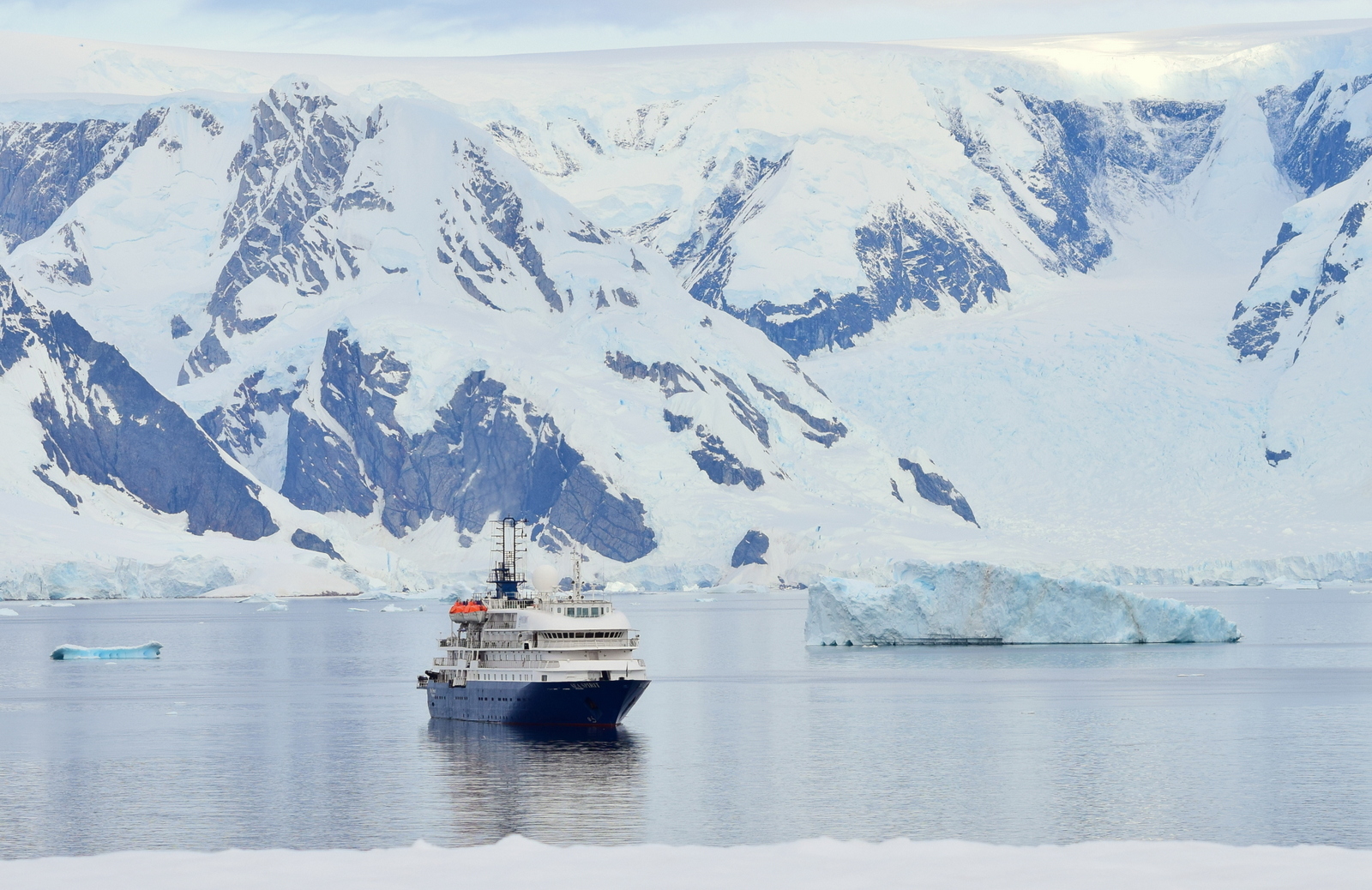 A ship with the Hydruga Rocks, Antarctica in the background. Photo credit: Megan Jerrard

10 years of travel has made me cynical about destinations which come with a lot of hype. Building impossible expectations of what a place will be like means the reality almost always falls short. You can ruin a destination by building it up in your mind.

So I was naturally apprehensive of traveling to Antarctica; a destination perched on a pedestal of exceptional height; a destination for which the superlatives have run dry! But as it turns out, the hyperbolic praise isn’t exaggerated. Antarctica lives up to and actually surpasses the hype. I would even go as far as to say it’s undersold.

Because the continent is as remote and pristine as you have ever seen, and evokes such a sense of raw emotion that can’t be captured or conveyed. There are few places in the world where you can feel completely removed from civilization, though this is definitely one of them. It’s immaculate and unspoiled nature unlike anywhere else on earth; a faultless landscape which is dramatic and powerful, though at the same time, fragile and pure.

Antarctica is a place that such a small percentage of people have a chance to visit that we are still left speechless by its photographs. This however fails in comparison to seeing its grandeur in person.

I came home with sunburn

Sounds weird, doesn’t it? But I highly recommend you pack solid sunblock before you go.

As winter in Antarctica is severe and inhospitable, trips are only run during summer months between November and March. And even though summer temperatures might dip below zero, the sun can shine out in full force.

Summer is a great time to experience Antarctica, because you benefit from extended hours of sunlight; it’s almost never dark. However don’t let the chilly conditions fool you – the hole in the ozone layer and the light’s reflection off the water and ice means high levels of UV exposure, and you’re not safe from the sun.

Antarctica may not exactly be a tropical location, but you can easily get sunburnt in the snow. UV radiation is reflected from light surfaces on the ground, and because snow reflects up to 80 percent of the UV light from the sun, it means you’re often being hit by the same rays twice.

So to protect your skin, make sure you pack water-resistant sunscreen (at least SPF30+) and wear sunglasses (they help with the glare a lot too)! 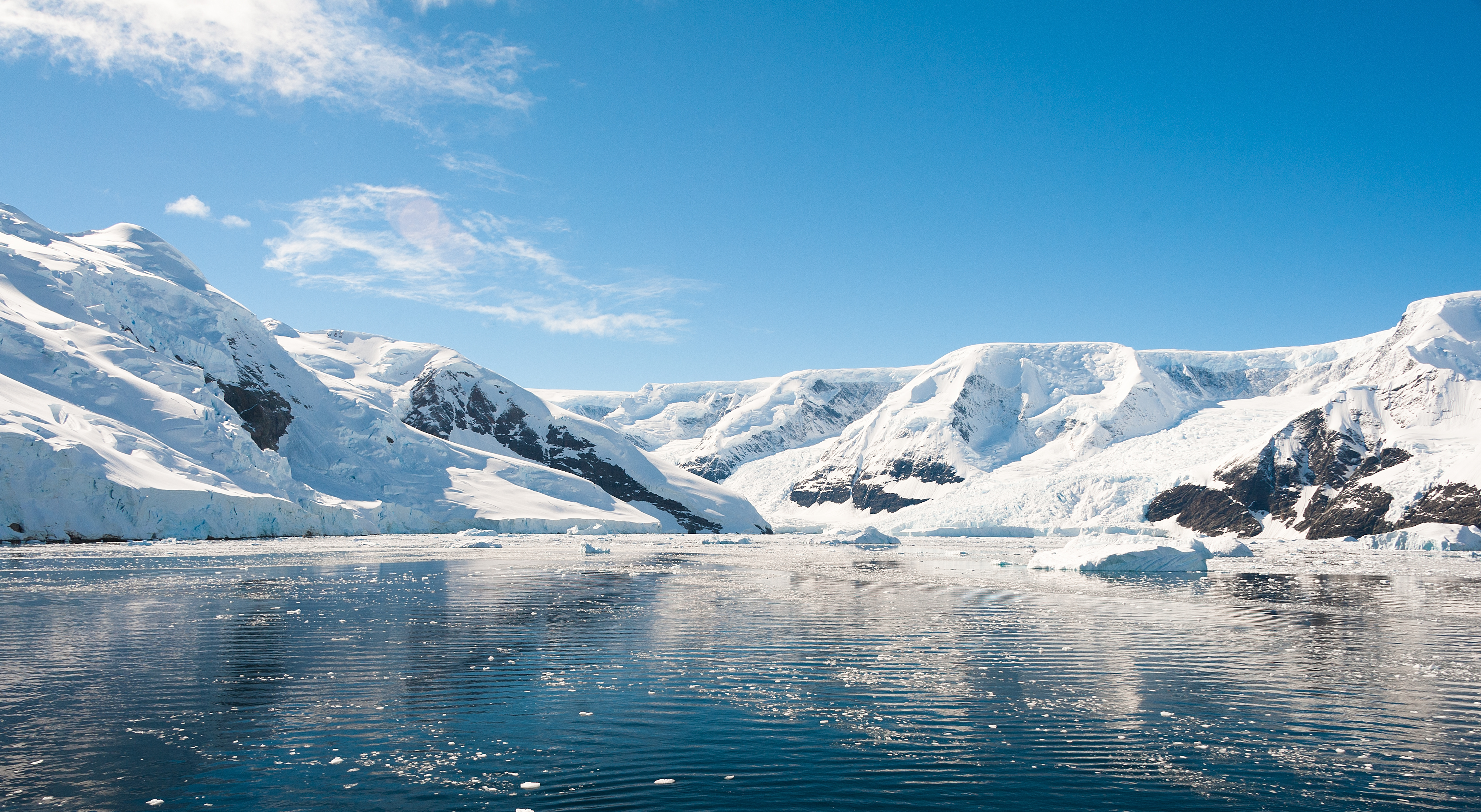 Swimming was a popular activity

When packing for Antarctica, it may not occur to you that you might want to go for a swim. Taking a dip in the near freezing waters of the Antarctic Ocean is probably not what you had in mind. Though it’s a rite of passage for adventurous travelers, and many strip down to their bathers for what they call they “polar plunge”.

Depending on your cruise, you’ll either jump from the ship, or sprint in from the bay at Deception Island; a large flooded caldera, inside an active volcano, and one of the safest naturally sheltered harbors in the world.

While the adrenalin rush coursing through your body will prevent you from truly experiencing the shock, you can’t take more than a couple of seconds for your swim; at -2°C most travelers are frantically looking for the exit as soon as their feet have hit! Don’t take your wetsuit. 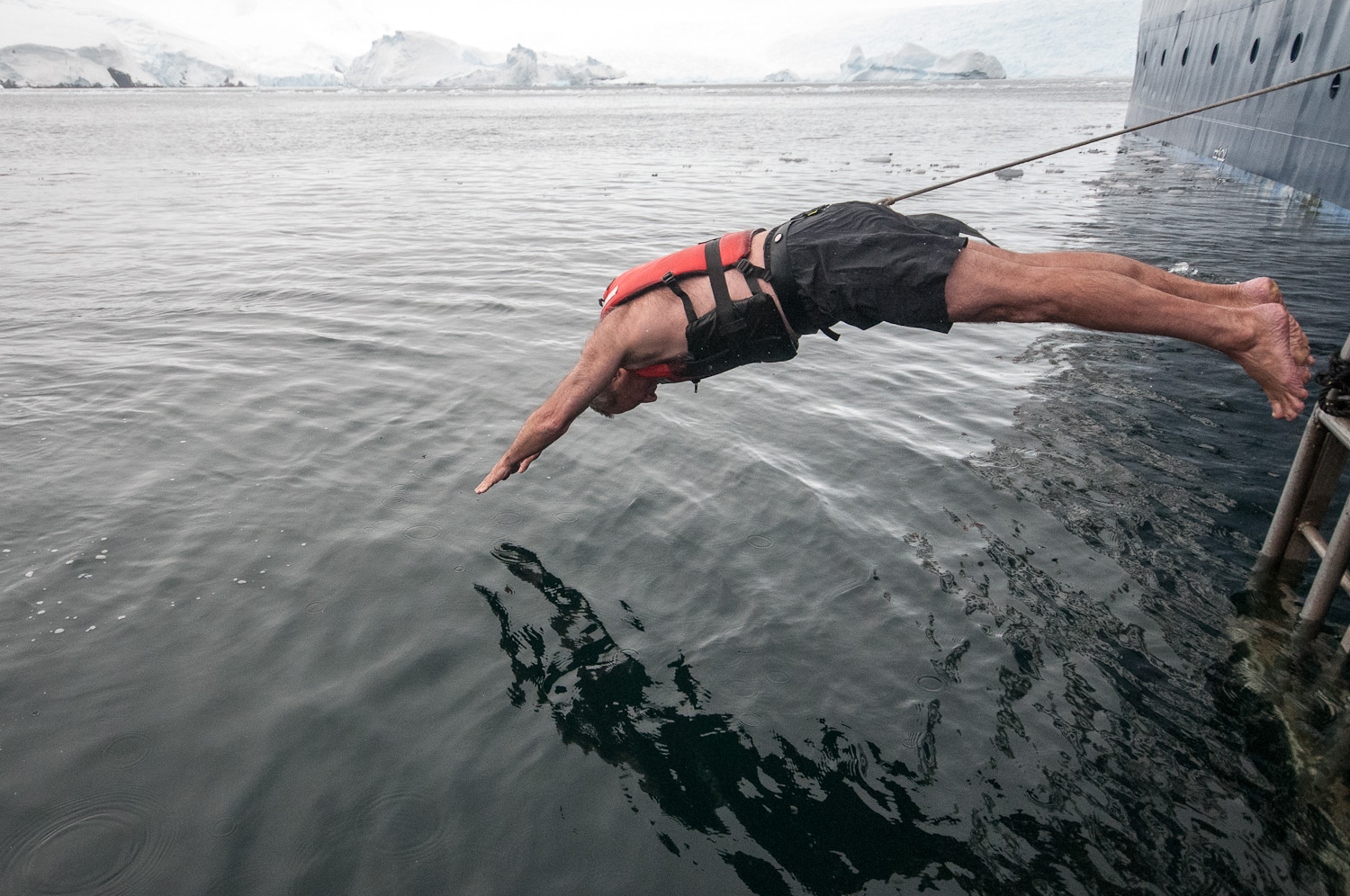 A polar plunge in Antarctica during the Shackleton 2014 voyage. Photo credit: Chimu Adventures

The landscapes were diverse

We were genuinely surprised by the diversity of the landscapes for a continent which is known as the land of ice and snow. Literally covered with a thick ice sheet that reaches up to an average of 2,450m, there are of course snow capped peaks and collossal mountain ranges which have been set in a deep freeze.

We took rubber zodiacs through glassy water and maneuvered floating glacier ice, though Antarctica also has several large and small islands, with deep beds of moss and visible vegetation, where everything has melted and the bedrock is dry. 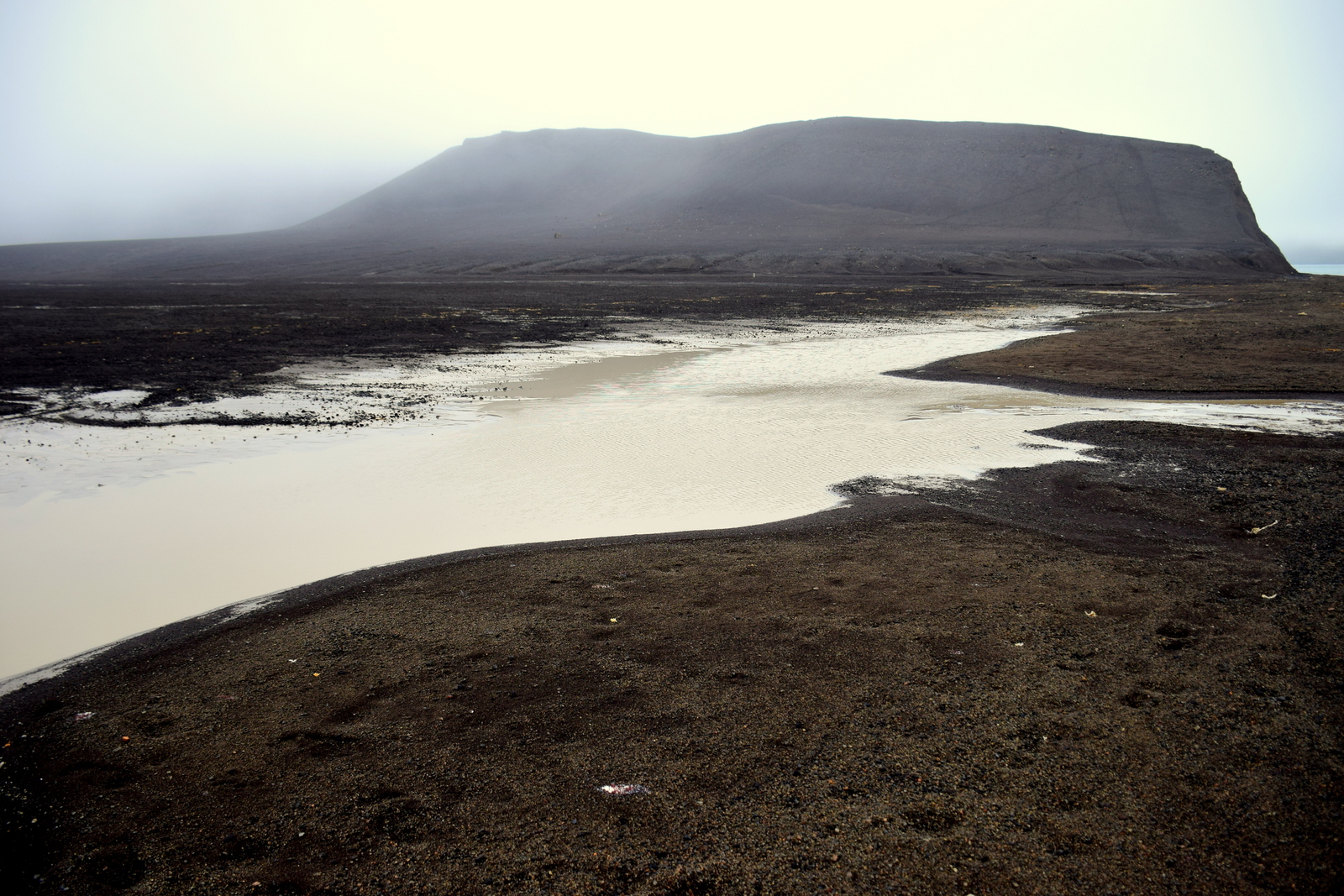 Deception Island in particular is a far cry from the Antarctic stereotype; an active volcano in the South Shetland Islands archipelago, with barren volcanic slopes, steaming beaches and ash-layered glaciers. It is one of the only places in the world where vessels can sail directly into the centre of a restless volcano, and in stark contrast to the pristine white landscapes you would expect, everything is covered in dark ash.

The guides allowed us to explore on our own

We expected that our land based activities would, to a certain degree, make us feel nannied. That there would be a guide with us at all times, and a path from which you wouldn’t be able to move. From experience, this is usually the way group tours operate, and especially on a continent which has such strict regulations on what you can and can’t do.

The whole romance of experiencing a destination such as Antarctica is to follow in the footsteps of historic explorers such as Shackleton or Drake, though as a tourist we accepted that this sense of exploration would be somewhat diluted.

But nothing ended up being further from the truth. We were given the freedom and flexibility to take landings as we wanted to, return to the ship if we had had enough, and explore at our own pace away from the rest of the group. And this was really, for us, what made the cruise. 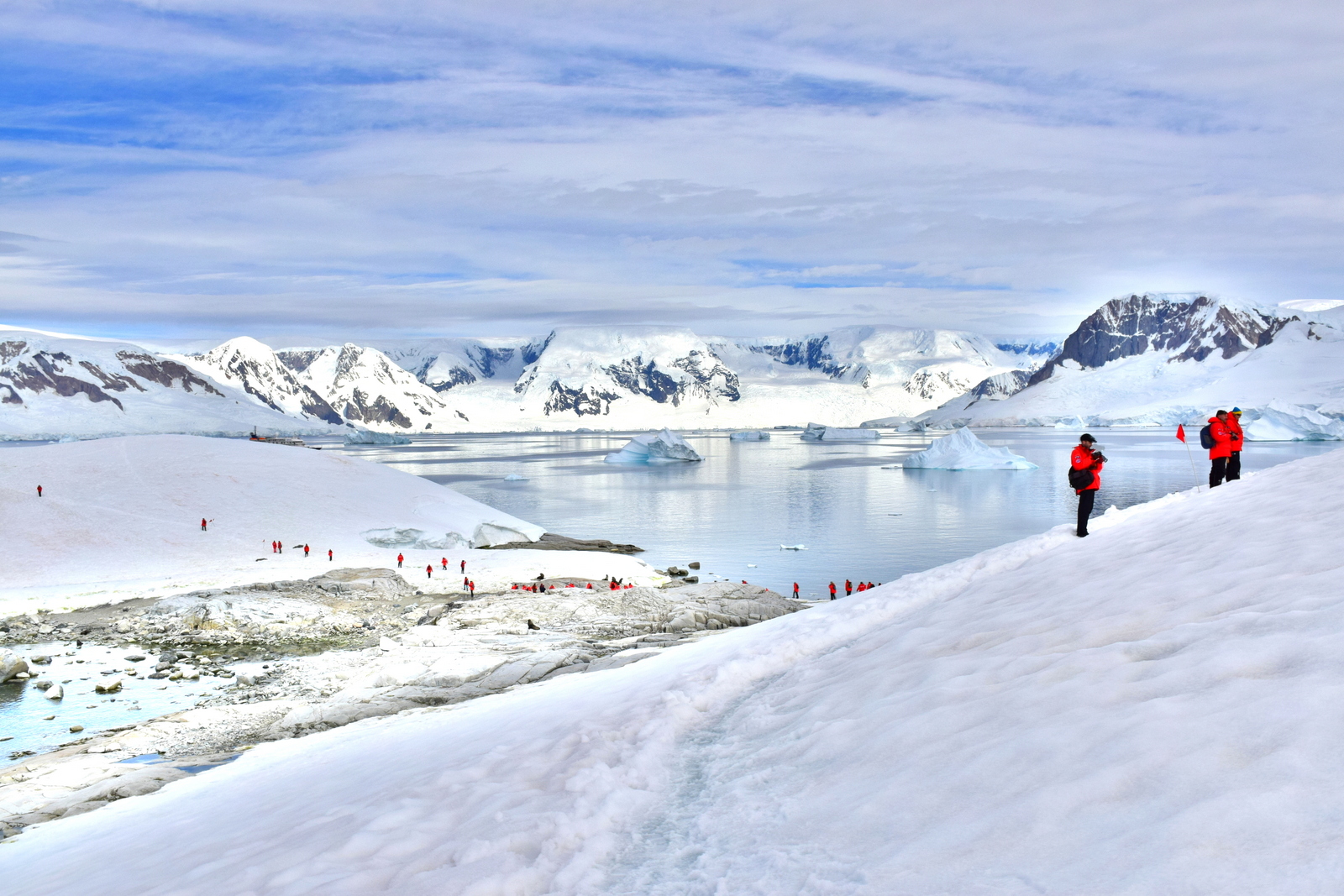 Travelers explore on their own the untouched scenery of Hydruga Rocks in Antarctica. Photo credit: Megan Jerrard

Yes, there were flags which were placed on each landing site to indicate where a cliff would drop off, or the presence of a “penguin highway”, and there were one or two guides posted along the general route. But they would only tap you on the shoulder if you got too close to the wildlife, and spoke to you as equals as opposed to making you feel as if you were in year two.

Antarctica today doesn’t involve the hardships it used to – you travel on a comfortable passenger cruise, and don’t have to worry about hunger, deprivation or exposure as explorers in the past. Though landing on Antarctic will leave you with the same feeling that you have achieved something special in your lifetime, and to step foot here is still considered an honor and true accomplishment.

The wildlife aren’t scared of you 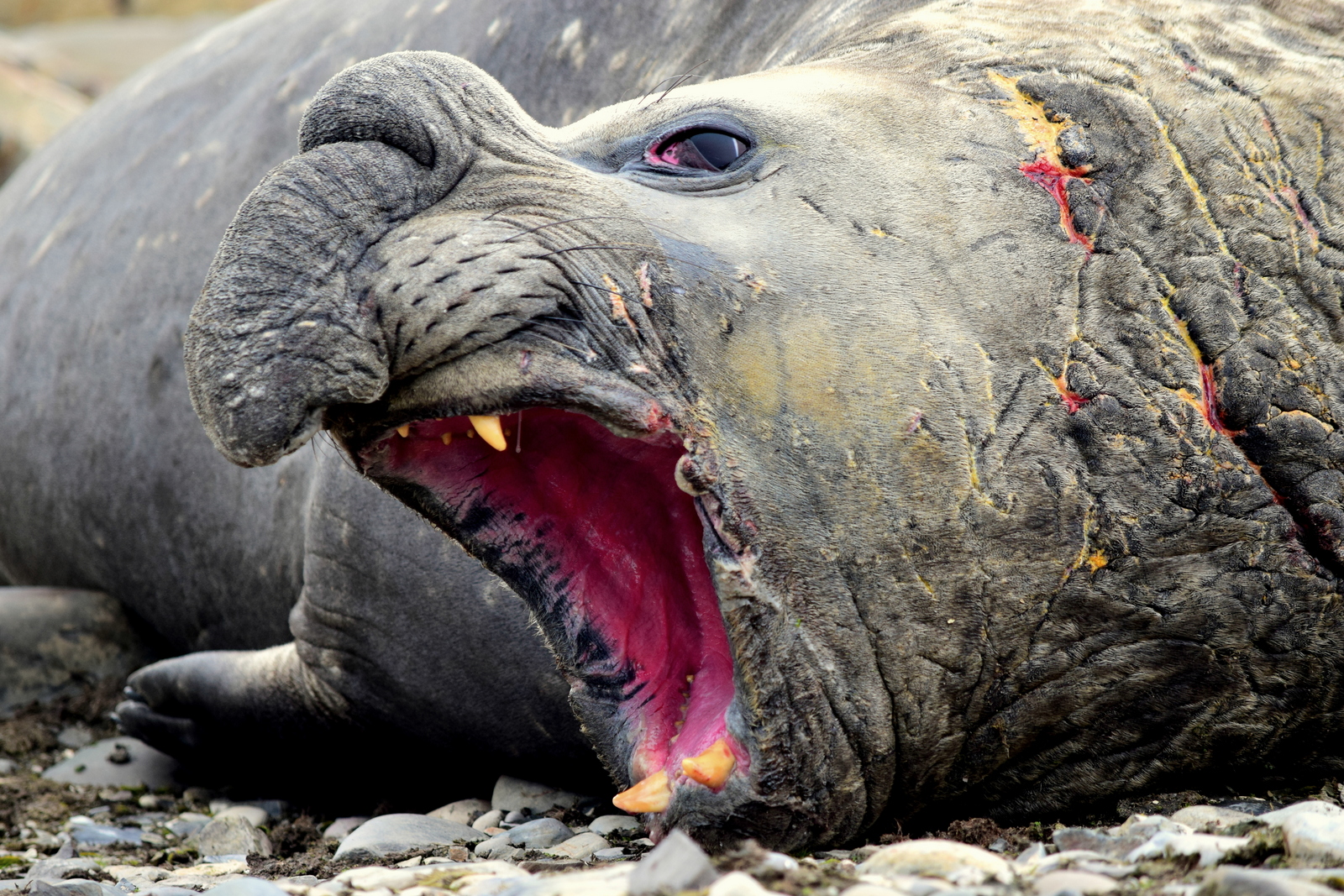 For the wildlife obsessed, traveling to Antarctica is a dream. Though it’s likely to surprise you just how close your encounter might be.

We knew heading into Antarctica that where wildlife is concerned, we were there to observe and not interact. As visitors to this pristine land, our job as travelers is to make sure our actions don’t interfere with the behavior of native species. But what was surprising was how receptive they were to relatively close encounters, and their open curiosity of our presence there.

Much like the Galapagos Islands, animals here roam free and have no fear of close contact with humans. They have never been hunted by humans, so they don’t have any reason to fear us. So whales will swim within 100 meters of your boat, you can sit next to a colony of seals without disturbing them, and penguins will quite literally walk over your toes.

They didn’t run when we pointed our camera, in fact, they would often come right up to the lens to conduct an inspection. Vastly outnumbered by the native wildlife, we were the only exotic creatures here. 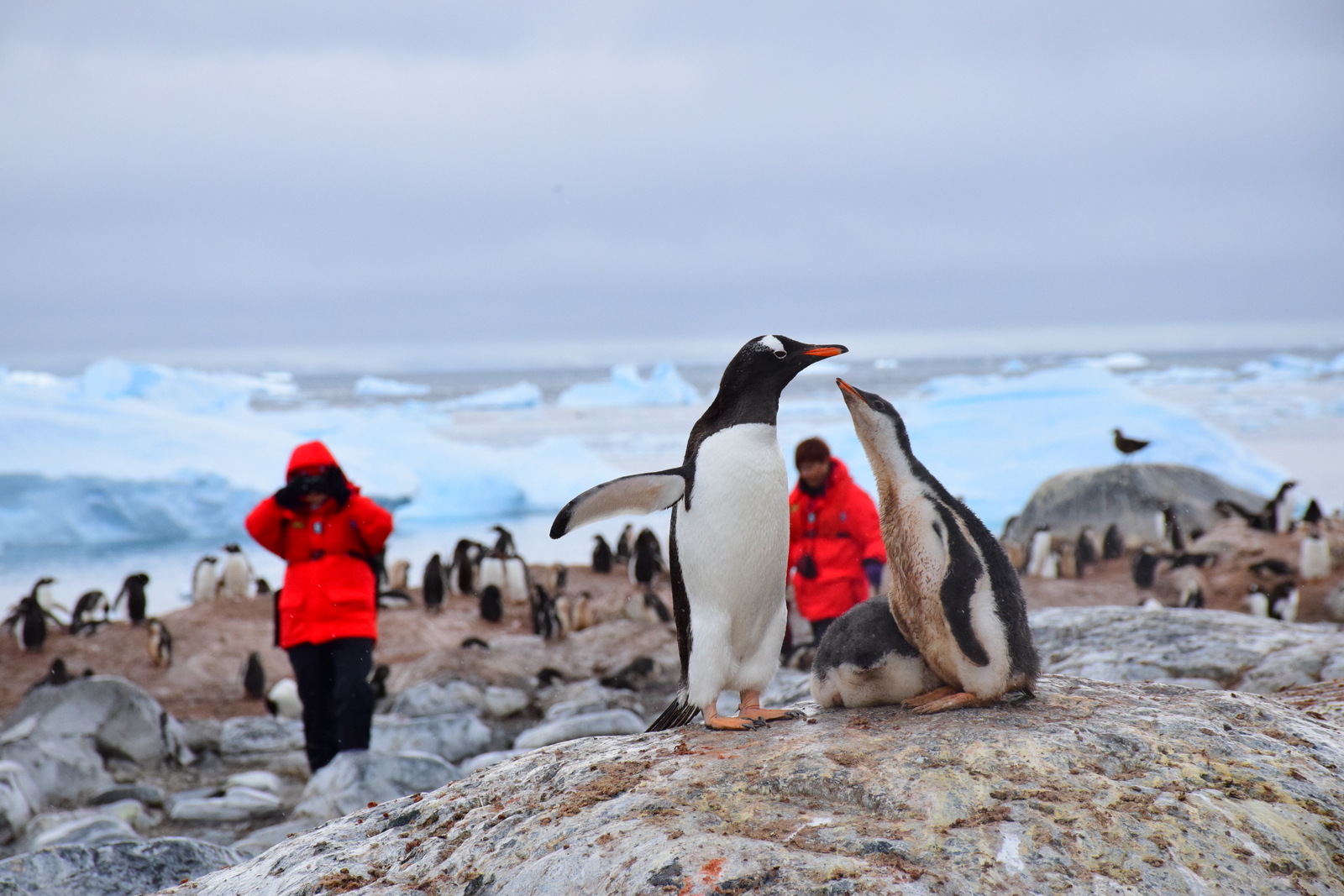 Together they have lived a life full of more adventure than most people dream – having skydived over the Swiss Alps, walked among the mighty Elephants of Africa, and summited the highest free-standing mountain in the world (Kilimanjaro). They traveled to Antarctica in February 2017.

Check out our wide range of Antarctica cruises and tours. As well, for more facts and all things Antarctica check out our Resource Centre. To secure your spot on an Antarctic cruise contact us for more info.