Scientists believe that just over 40 million years ago whales and dolphins lost the ability to walk on land, their legs no longer able to carry their enormous weight. The evolution of our modern whale’s ancestors is one of the hottest topics among palaeontology circles, with every new discovery making headline news and shedding more light on this evolutionary step in our planet’s history. The latest find of a well-preserved ancient whale fossil, complete with four legs, hooves, webbed feet and a tail, was made on Playa Media Luna in Pisco. The seaside town is about 250km south of the Peruvian capital, Lima, and just north of the Ballestas Islands, a known marine-life hub brimming with Humboldt penguins, seals and sea lions. 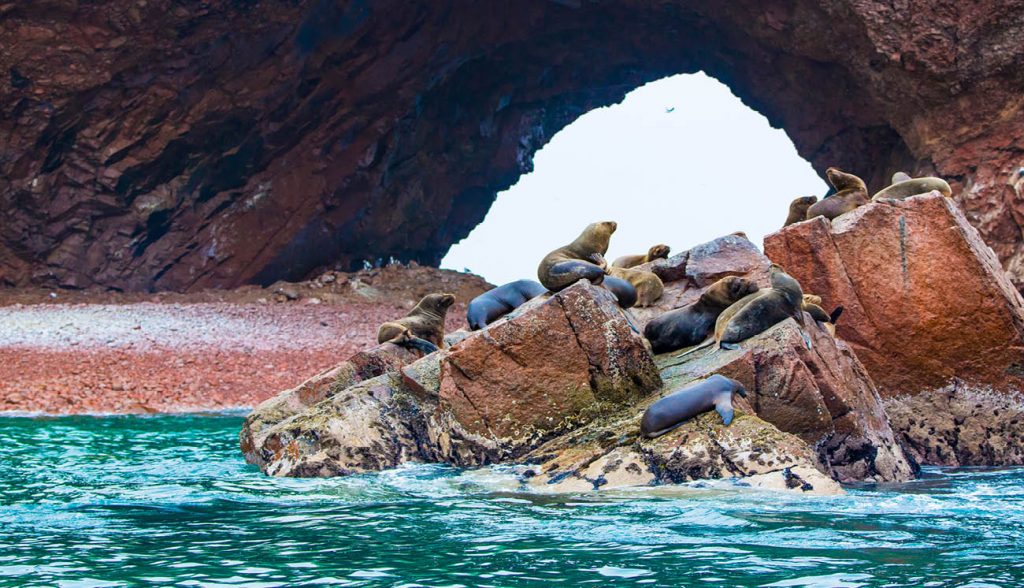 The starting fossil find in Peru was discovered among 42,6 million-year-old marine sediments, suggesting that as recently as then, the whale-ancestor was still a land-dweller. The presence of webbing on the feet and a robust tail, however, also suggest it was as capable a swimmer, much like other semi-aquatic mammals such as otters. Similar fossil finds have been previously found in the Indian subcontinent but nothing this old and well-preserved has ever been found anywhere else. Experts like Dr Olivier Lambert, the co-author of the paper published last month, believe this is the first undisputable record of a 4-legged whale fossil ever found in the entire region of the Pacific Ocean (thus naming it peregocetus pacificus) and agree that it’s probably the oldest such find to be made in the Americas.

In the palaeontology field, this is super exciting stuff!

Up until this amazing find, scientists believed that whales in southern Asia were still walking the earth about 50 million years ago, eventually evolving into aquatic being about 41 million years ago and swimming all the way to the Americas and Africa, with smaller fossil finds discovered on both continents. This latest fossil discovery in Peru, however, could possibly revolutionise the theory, suggesting that the first whales were still only semi-aquatic for a lot longer than first surmised. 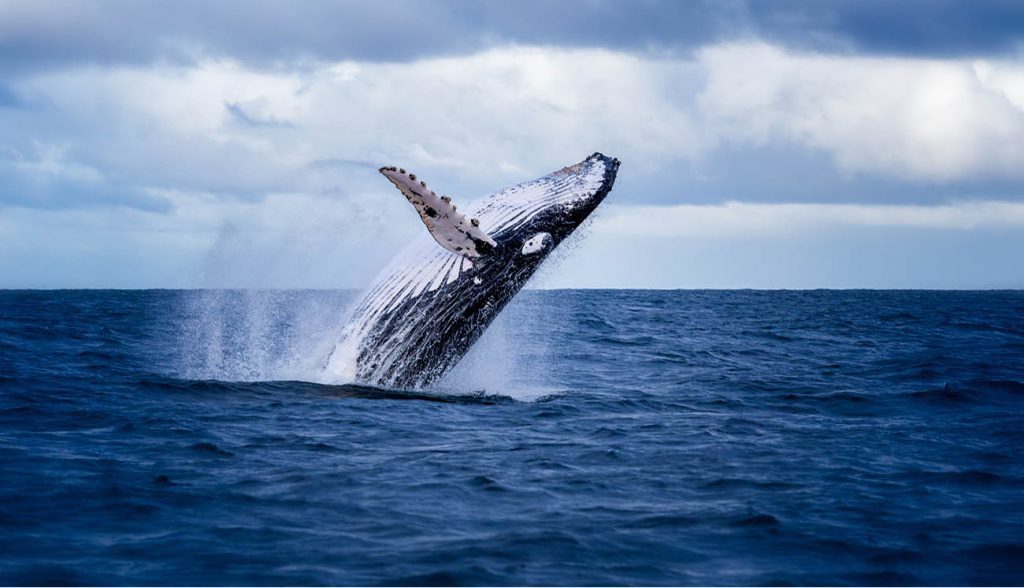 Humpback whale jumping out of the water in Australia, photo credit: shutterstock

The fossil find in Peru was first made in 2011 with a team of international scientists working on the project together. They estimate the ancient whale to be 4m in length, with strong front and back legs, webbed toes and growing tail suggesting it was becoming accustomed to swimming as well as walking. The similarities with semi-aquatic mammals like otters are undeniable, according to the experts, with further discoveries including the lower jaw and teeth of the creature embedded in the soil.

The coastal area known as the Pisco Basin has been a hive of scientific research for years, given the exceptional arid conditions that facilitate the preservation of fossils. This is a startling area to visit, the desert hills plunging into the ocean and showcasing prehistoric geoglyphs carved into the hillside. 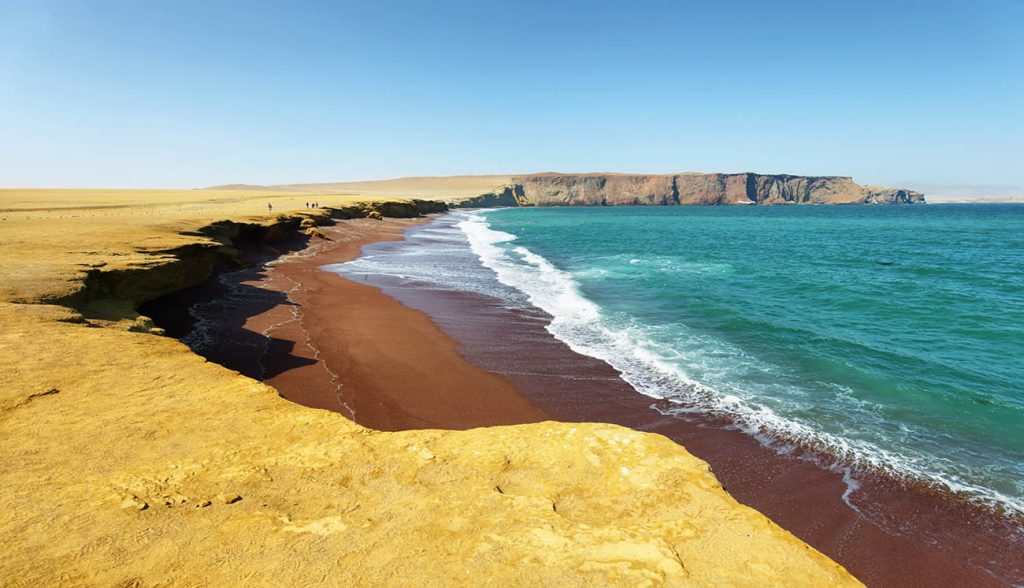 Paracas is undoubtedly one of the most rewarding destinations to visit from Lima and one that is often overlooked by so many visitors to Peru, except for scientists of course! Many tourists don’t even know this incredible wildlife hub exists until they arrive in the country so being clued up beforehand will certainly help you plan a comprehensive visit. The convenience and short distance mean that a daytrip is certainly possible although stretching it to a 2/3-day excursion and including a visit to the incredible Nazca Lines would be ideal. This southern region of Peru hides innumerable secrets, the rugged and enticing desert also preserving mummies and geoglyphs dating back thousands of years.

Aside from the ethereal landscapes of the Paracas National Reserve, the town also offers boat trips to the Ballestas Islands just off its shore, where large colonies of marine and bird life can be seen up close. Boat trips last about 2/3 hours and, at the height of tourist season, it can seem like peak-hour traffic on the water. For a more relaxing experience, you can plan a private boat trip instead so you’ll have the freedom to zoom around the islands and dodge the crowds. 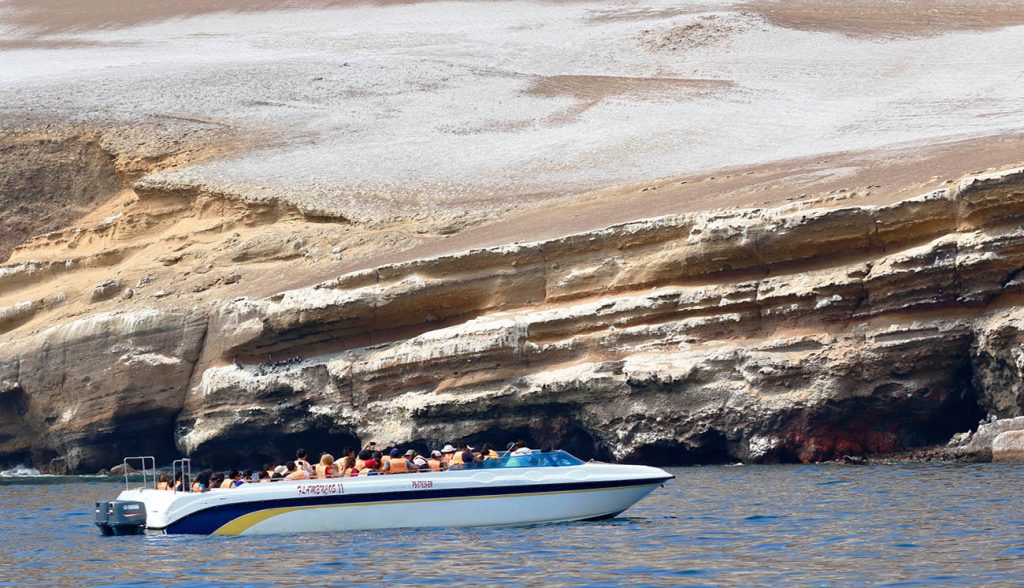 Paracas, Pisco. March 24, 2019 – group of tourists sailing by boat through the bay of Paracas towards the Ballesta Islands in Pisco, Peru, photo credit: shutterstock

Take a couple of hours’ drive southeast of Paracas and you’ll be in the heart of the southern Peruvian desert where you can see the mysterious Nazca Lines, etched into the ground some 2,500 years ago. A sightseeing 45-minute flight is the best way to admire the Nazca Lines, undoubtedly one of Peru’ most amazing yet underrated highlights. 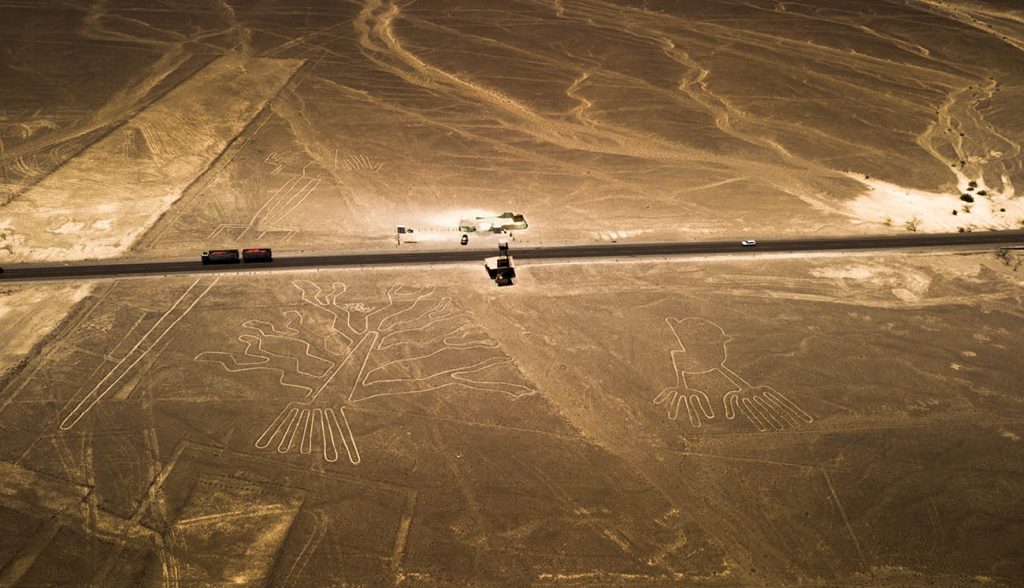 Scientists believe the Peruvian coastal desert still hides innumerable ancient secrets and they estimate they’ll be here for decades trying to uncover them all. So why not join them? Include a visit to Paracas on your next trip to Peru and, who knows? Perhaps you’ll discover the fossil find of the century!

See our collection of Peru Tour inspirations and contact us for bespoke itineraries.