Travel is said to be at the top of Baby-Boomer’s minds the moment they retire and we’re willing to bet that an Antarctica expedition cruise is among the most coveted retirement bucket-list journeys of all. Combining the remotest and most unplugged destination on earth with the comfort and safety of a cruise is a no-brainer. Unless you intend channelling your inner polar explorer and walk across the continent alone and unassisted, like Colin O’Brady recently did, an expedition cruise is about the only feasible way to get to Antarctica. You know, for us normal people.

What kind of Antarctica expedition is great for retirees?

There are plenty of Antarctica cruise experiences on offer, the most common for non-retirees being a 10/11-day ‘classic’ expedition that departs Ushuaia (the southern tip of South America) visits the South Shetland Islands, the Antarctica Peninsula and then makes a U-turn and heads right back across the Drake Passage. Within this kind of time frame, you’ll have about five days of on-land excursion on Antarctica proper, spending the remainder crossing back and forth along the Drake Passage – an experience in and of itself and an amazing whale-spotting opportunity.

Yet if retirement bucket-list journeys are indeed about more time and more in-depth experiences, then you may want a more comprehensive adventure, one that doesn’t just offer an ‘introduction’ to Antarctica, but one that allows you to get to know Antarctica better. Maybe she’ll invite you for dinner and a night-cap. That kind of thing.

Here are the Antarctica expeditions we think are just perfect for a post-retirement journey:

Crossing the fabled circle line in Antarctica that marks a latitude of 66.5 degrees south is a popular retirement bucket-list desire. It certainly figures: not many people have ever sailed this far south and just a handful of expedition ships manage to dodge the ice every year and head further south than any other. Antarctic Circle cruises usually take 13/14 days to complete the loop although you can save time by flying down to King George Island and joining a cruise from there, thus also skipping a crossing of the Drake Passage. You may not be short on time in post-retirement but if you’re somewhat terrified of cruising extensively, this is an exceptional option. See all our Antarctic Circle Expeditions and you’ll find one that’s just right for you. 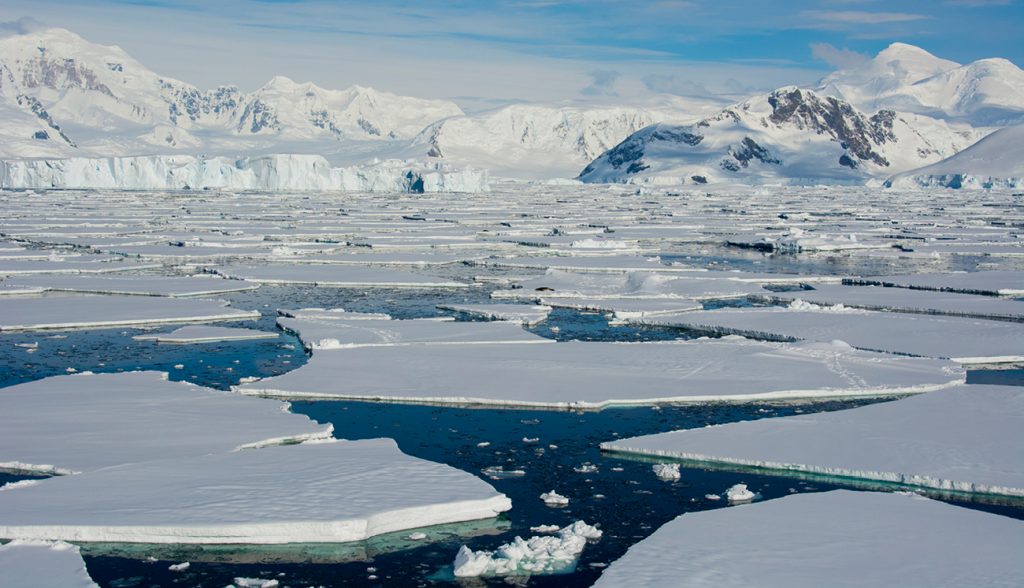 The Antarctica Cruise with the Greatest Wildlife Watching Value

Want to get really intimate with Antarctica? Then, in this case, you need to know about the wildlife bonanza cruises, the ones that include stops in the Falklands and South Georgia, the two destinations home to the greatest concentration of Antarctic wildlife of all. These cruises are longer (about 20 days, given the extra ‘stops’) and more expensive (given the extra sailing time) but the increased value in experience far outweighs any of that, as all those who’ve been will attest to. More time cruising the Antarctic waters and oodles more penguin, seal, sea lions and whale-watching experiences translate into unforgettable journeys to the far south.

The Longest Cruise to the Wildest Side of Antarctica

A few Antarctica expedition cruises also depart from Australia (Hobart) and New Zealand (Port of Bluff) a few times a year. These are considered the wildest expeditions of all: not only because of the extensive cruising time needed to reach Antarctica from our shores but because these odysseys get you to East Antarctica, the wildest, coldest, least-visited and most isolated place on earth. You’ll see much bigger icebergs here, a more dramatic landscape, whilst also having the chance to visit historic sites (from the Age of Polar Exploration) and cross the Weddell Sea, the most marine-life enriched region of the Southern Ocean. These are truly magnificent journeys, expeditions in the true sense of the word, ideal for those who wish to embark on one of the most unique cruising experiences the world has to offer. You’ll need about a month for an expedition In The Wake of Scott and Shackleton and you’ll need to book at least 6 months in advance. Not many of these big boys cast off every year and they re highly coveted, so get in early if you can. 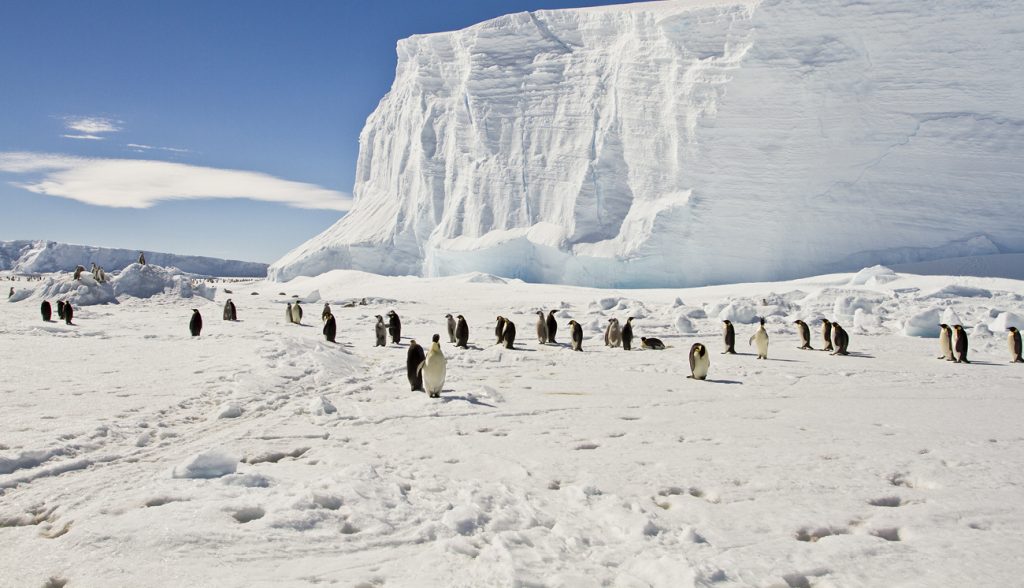 Oh boy, now here’s a way to double-whammy the kids: not only are you casting off on the Antarctica expedition of a lifetime BUT…you’re going for Christmas, so someone else will have to take care of the turkey. Sound good? We think so too! White Christmas adventures really don’t come any better than this. 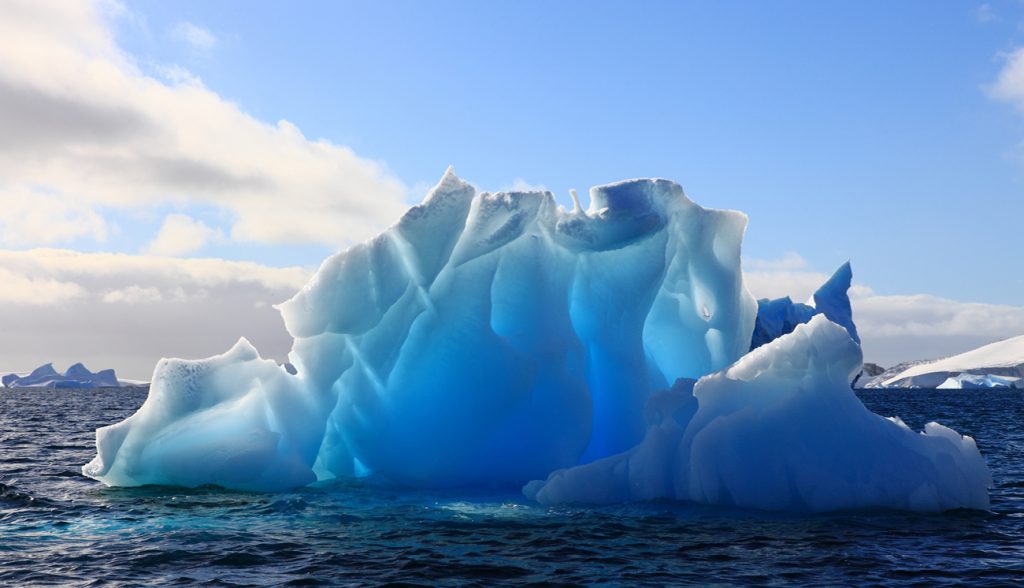 The Most Luxurious Antarctica Expedition Cruise

After a super luxe Antarctica option since you’ll be in the wildest place on earth and a little hot jacuzzi soak wouldn’t be uncalled for? We hear you! Now, we’ll start by saying we’ve vetted all the vessels we recommend and all are absolutely on point as far as safety, performance and experiences are concerned. But yes, some are a bit lusher than others because, hey, why on earth not? Luxurious Antarctica expeditions bring an extra dose of comfort to the table which is particularly appreciated as Antarctica expeditions, by their very nature, are nothing like the travel-brochure cruising experiences many people imagine. This ain’t no Caribbean-dream cruise, if you catch out drift. However, ‘luxury’ in Antarctic cruising is a very unique term: down here, luxury means something totally different. The most luxurious thing you could ever do is cast off on the smallest expedition ships, the ones with fewer guests. They offer the most on-land time, the greater staff-to-guest ratio, more personalised service and – perhaps best of all – the chance to explore smaller channels and get closer to icebergs, something larger ships simply can’t do. 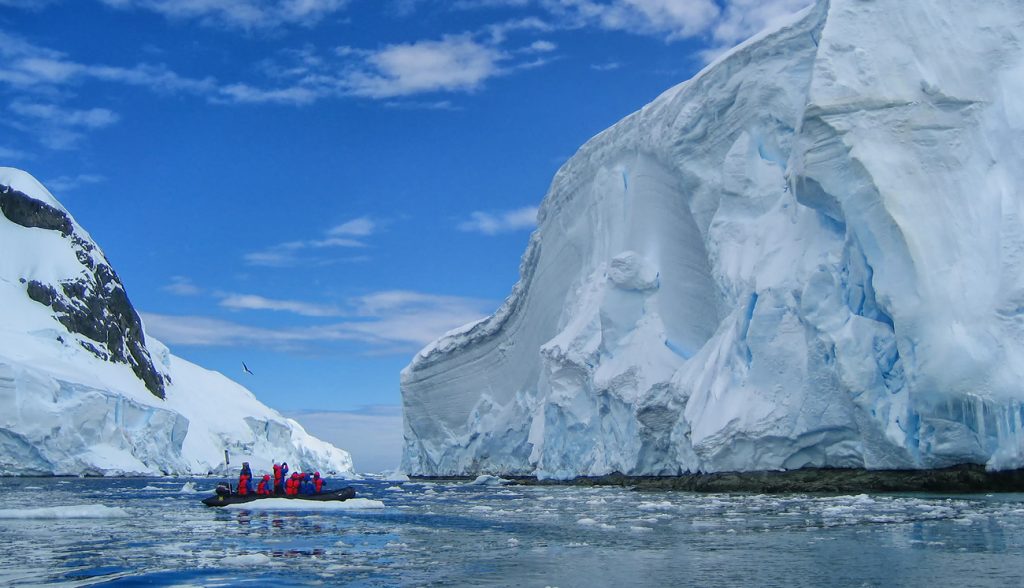 Antarctica expeditions are the first of 7 Best Chimu Adventures for Retirement Bucket-List Journeys. Here are the other six:

IN THE WAKE OF MAWSON