Arctic expeditions may well be the hottest trend in travel right now yet the fact is they’ve been the ideal retirement ‘dream trip’ for decades.

This is especially true of Arctic cruising, because it offers a ‘meatier’ alternative to the palm-fringed-tropical-island experience that’s become synonymous with all-inclusive boat trips the world over. Not every retiree dreams of playing golf for the remainder of their lives, and not every retiree who likes cruising wants leisurely sailing in tropical climates, cocktail in hand. Sometimes, they dream of unforgettable adventures, of unexplored frontiers, of extreme and harsh landscapes that take their breath away. Sometimes, they just want to finally experience what they’ve been dreaming for years – the retirement bucket-list journey of a lifetime.

And for those times…the Arctic is pure perfection. 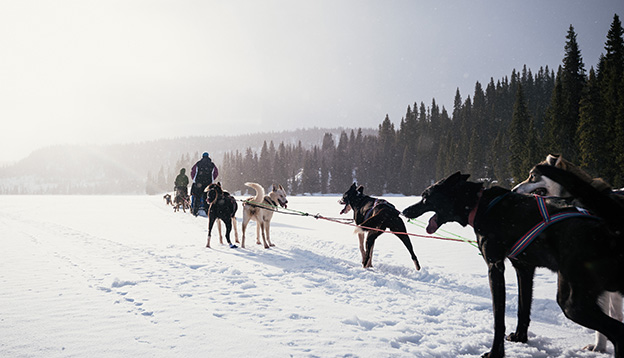 Arctic expeditions are for the active explorer, the one who wants to be astounded by unique wildlife, flabbergasted by landscapes and overwhelmed by fascinating history. Yet more than anything else, adventures in the north tug at the heartstrings of active adventurers, those who want to be immersed in the raw wilderness of this unique destination, not content themselves with simply being spectators. In the Arctic, you can certainly enjoy a leisurely stint of cruising alongside breathtaking glaciers, exploring fjords and dramatic coastlines, but you’ll also explore on Zodiac outings when cruising, head off on snowshoeing or snow-mobile excursions, kayaking outings and hiking to your heart’s content.

In this regard, the Arctic offers similar active experiences to Antarctica, however, that’s about where the similarities end. As opposed to the southern polar region, the Arctic offers a comprehensive array of travel choices. Yes, cruising is perhaps the most popular thing to do here (because it’s the most comprehensive) but wilderness-lodge-based experiences can be just as rewarding. Moreover, experiences differ depending on where in the Arctic Region you go and that’s true of both activities and wildlife sightings. Some Arctic spots are better for seeing polar bears whilst others offer the best dog-sledding or whale-watching options of all. Some boast phenomenal Northern Lights viewing in Winter whilst others are ideal for hiking, kayaking and snowshoeing in Summer. There’s a great array of destinations in the far north of our planet that are worthy of a visit, each one easily accessible from various points in the northern hemisphere. Whether it’s in Europe, North America or Russia, rest assured the Arctic will blow all your retirement adventure dreams right out of the water.

What makes the Arctic such a special travel destination, in general?

The sheer array of destinations and experiences is what makes Arctic expeditions so very appealing but that’s not what makes this region so special. That honour belongs to Mother Nature, primarily, with a helpful hand thrown in by over a century of fascinating history. The primary enticement for travellers to the Arctic is the wildlife:  the hardy group of iconic animals who live and thrive in some of the harshest environments on earth. These seemingly inhospitable environments, by the way, are also absolutely spellbinding, making landscape admiring the second-best reason to head north. 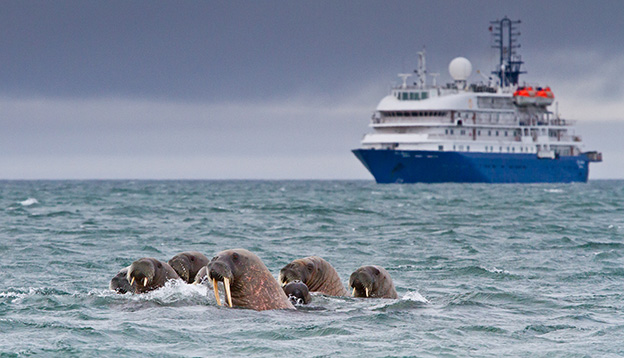 Walruses in the arctic water near Svalbard. Photo: Shutterstock

Given that the Arctic is not an island/continent, like Antarctica, the wildlife here is free to roam about, most animals migrating south during the harshest winter months and then meandering back north as ice melts and temperatures rise. A few tough creatures, like polar bears and seals, spend the winter on pack ice floating north of the Arctic circle, the former trying to catch the latter and the latter trying to eat fish before the former catches up. Yet polar bears are solitary animals and catching a glimpse of one is hard enough in Summer so the best course of action, what many expedition cruises aim, is to actually follow the colonies of seals. Sometimes, the best way to see an elusive predator is to first find his favourite prey. 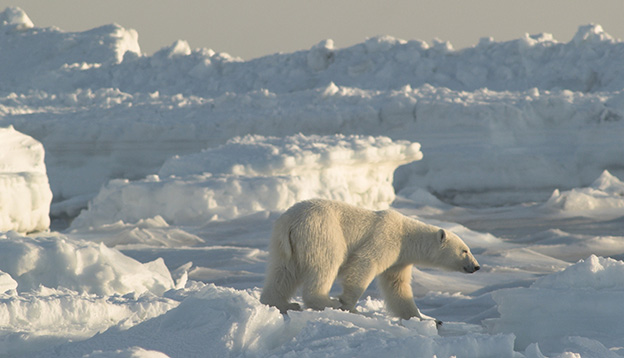 Aside from the two most iconic Arctic animals, the collective wildlife scene this far north is simply sensational. Arctic expeditions in Summer are, primarily, wildlife-spotting endeavours with the idyllic conditions of the months between May and October ensuring the best chances of spotting polar and grizzly bears, whales, walruses, caribou, reindeer, no less than five species of seals, ermine, puffins and almost 200 other distinct species of birds. Where in the Arctic you head to will determine which of these regional animals you’re likely to see.

Read our guide to the Wildlife of the Arctic to get acquainted with all the incredible creatures that thrive in the Arctic.

Where are the most special Arctic spots of all?

Arctic expeditions can see you explore the northernmost reaches of Norway, Iceland, Greenland, Canada and Russia. The most popular springboards are undoubtedly Spitsbergen – Norway (an archipelago revered for being a polar bear crèche), Ottawa – Canada (for visits to both Canada and Greenland Arctic) and Reykjavik- Iceland (for stunning cruises between Iceland and Greenland and explorations of fjords on both sides). Each of these three Arctic hubs offers multiple options, both for cruising and lodge-based adventures and, given the ease of access, all are easy enough to include on a longer and more comprehensive retirement journey. Not to be forgotten is the Russian High Arctic, the lesser-known and arguably most breathtaking destination of them all. There’s something about the extra effort (and expense) needed to join a Russian Arctic expedition that sets this destination apart from all the others.

Here’s a quick overview of what each has to offer:

Revered for being home to more polar bears than humans, the archipelago of Svalbard (or Spitsbergen depending on where you come from) was the headquarters of expeditions during the Age of Polar Explorations and is by far one of the most fascinating places you could ever visit in the region. There’s an abundance of activities here, from visits to former (and currently active) Russian towns to kayaking alongside glaciers, trekking and hiking atop snow-capped peaks and, of course, a multitude of adventures aimed at wildlife-spotting, specifically. Cruising in Svalbard affords the best chances of polar bear sightings in Summer, as the large number of bears inhabiting the archipelago converge on the northernmost isles, following the seals as they migrate north in search of pack ice. Yet there’s no human inhabitants that far north, no infrastructure and no other way to reach the remote coats other than on an expedition cruise ship. Svalbard is under the Administration of Norway and flights are operated by both Norwegian Air and SAS, the Scandinavian Airline System. 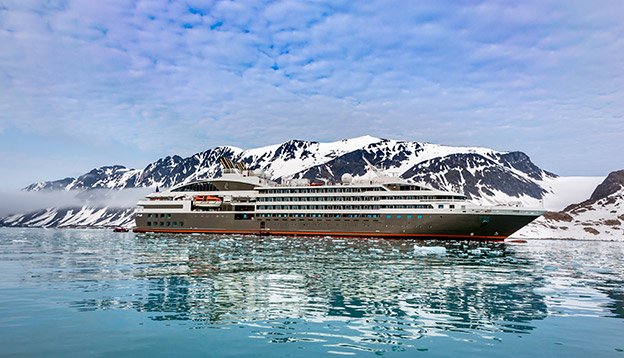 The Canadian Arctic is the second-most popular destination for polar bear spotting and that’s because of the 19 known colonies of the Arctic wildlife poster-child, Canada is home to over a dozen. Most of these are inaccessible (unless you’re looking for a truly epic hard-core expedition) although two special spots, namely Churchill (Manitoba) and Baffin Island, are both easily accessible and immensely rewarding. Arctic expeditions to the famed Northwestern Passage – the channel that separates Canada and Greenland – are exceptional adventures that take you way off the beaten path, retracing what once was the most coveted maritime challenge in history.

These amazing Canadian Arctic Expeditions will give you plenty of inspiration 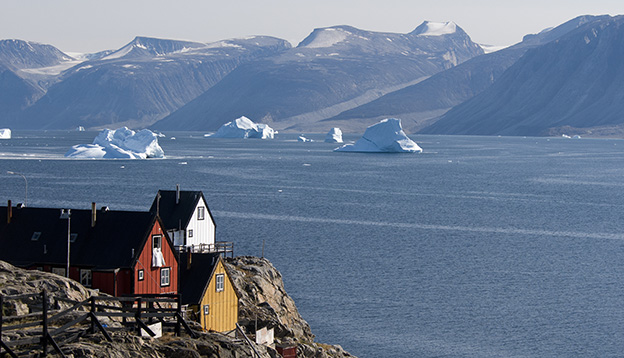 Fjord of Baffin Bay in the small village of Uummannaq, Greenland. Photo: Shutterstock

Iceland has enjoyed a surge in popularity in the last decade (thanks, Game of Thrones!) the country’s fantastical glacial waterfalls, volcanoes, hot springs and fjords attracting visitors by the plane-loads. Yet as exciting as city as Reykjavik may be for a cityscape with a difference, it is mostly a coveted hub for Arctic expeditions because it is from here that you can explore Greenland, Iceland’s spectacularly wild neighbour to the west. Greenland itself doesn’t have much in terms of expedition infrastructure to host cruises (or any infrastructure at all, really) so it’s left to Iceland to offer the most magical Arctic gateway of all: the priceless chance to explore them both on one fantastic expedition cruise. Read more about the differences between Iceland VS Greenland and you’ll better understand why, in terms of Arctic expeditions, they’re usually bundled up together into a single, unforgettable destination. Just like you need to join a Canadian Arctic cruise to see the western coast of Greenland, you’ll also want to seek a Greenland cruise that departs either from Iceland or Spitzbergen to explore the eastern coast. 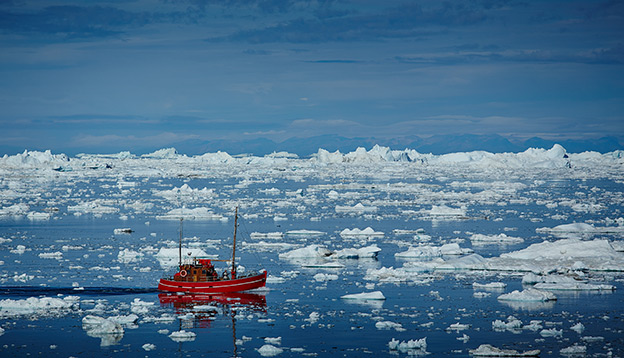 Russia was arguably late to join the ‘Arctic tourism party’ and if the intent was to build up excitement and make a grand entrance, you can consider those aims more than achieved. The latest destination to be opened up to tourism, Russia’s High Arctic boasts the remotest archipelagos of all, floating in the some of the harshest and most glorious wildlife-brimming seas of them all.  Hubs like Franz Josef Land, Wrangel Island and Chukotka offer the priceless chance to cruise the Barents, Chukchi and East Siberian Seas, renowned for hosting perhaps the largest concentration of Arctic marine life in Summer. Head to this remote corner of the Arctic on an expedition cruise in July and August and you’ll encounter something akin to a marine life traffic-jam: whales, walruses, polar bears, several species of seals and untold number of birds converge here to finally feast on fish with abandon, on a narrow channel of sea that joins the Pacific and the Arctic Ocean. The Northern Sea Route is an epic travel destination for true-blue explorers, also offering the unique chance to hitch a ride on a world-class icebreaker to reach the geographic North Pole on a journey that’s worlds away from your classic ‘cruising jaunt’. 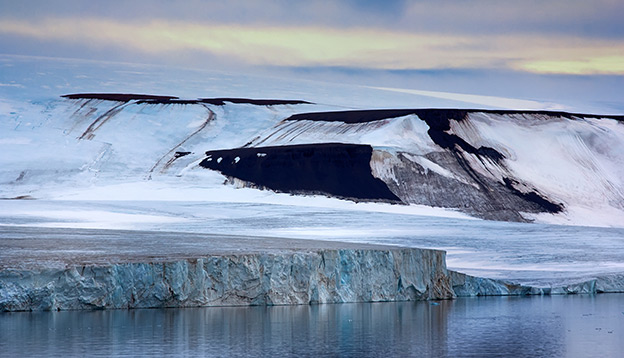 What about the Northern Lights?!

The main Winter highlight of the Arctic attracts almost as many visitors as the summertime delights although if you think you’d be forced to choose between seeing animals in Summer and the Aurora Borealis in winter, you’ve obviously never heard about September.

The ideal month to attempt the Arctic Lottery, September offers the perfect wildlife-watching expeditions if you also want a chance of seeing the dancing lights of the north. It is pivotal that you know the region within the greater Arctic where the best viewing currently is, as the Northern Lights occur in an oval zone around the magnetic North Pole, something that is constantly in transit. Check out this Northern Lights Guide for more info and you’ll understand why this year, and for the next few years, the best Aurora Borealis expeditions will hone in on Iceland and Greenland. 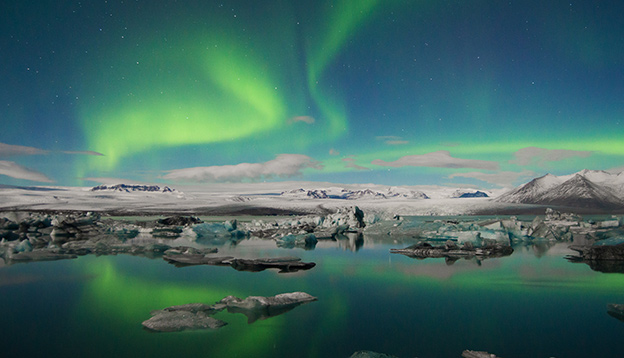 Fancy an Arctic jaunt to cap off your retirement journey? See all our Arctic Expeditions and contact us to know more.

The Arctic Region one of 7 Best Chimu Adventures for Retirement Bucket-List Journeys.

Here are the other six:

REALM OF THE POLAR BEAR IN DEPTH

Scour the ice and tundra in search of the elusive polar bear and encounter even more icebergs, glaciers, and unique wildlife than you ever thought possible on this 11-day expedition. Search for lounging seals, grazing reindeer, and colonies of birds under the midnight sun.