Know what’s the only thing that can compete for your attention with those awe-inspiring landscapes in Patagonia? The amazeballs food!

An exceptional culinary experience may not be at the forefront of your mind when planning a tour of South America’s tippy-toes but, let us tell you, Patagonia cuisine is one of the region’s most incredible highlights. With its surprising regional nuances, stunning fusion of local and imported tastes and impressive array of unique ingredients, the food of Patagonia isn’t just mouth-watering but it’s also hearty, soul-satisfying and energy-boosting. Just the kind of feast you need when hiking some of the world’s most astonishing mountainous landscapes. 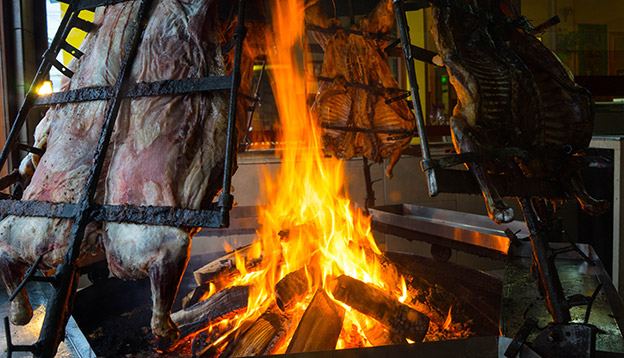 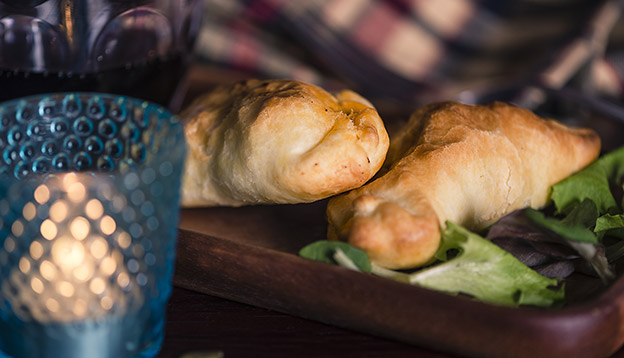 Omega 3 to keep your ticker in tip-top shape? Yep. 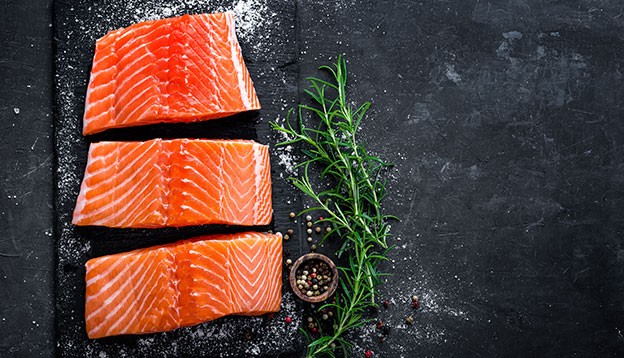 Chocolate for EVERYTHING ELSE? Gotcha! 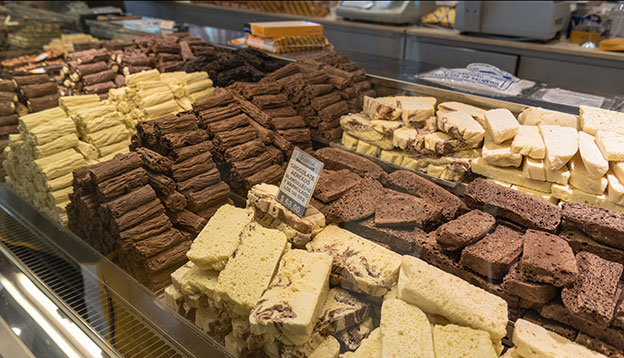 Packed your bags yet?

Influenced by waves of centuries-old European immigration, Patagonian cuisine is a gorgeous fusion of international tastes combined with very particular local ingredients, as well as indigenous cooking methods. It’s not difficult to find fondue and raclette on Patagonian dinner tables and, although meat indeed plays a huge role in the daily diet down south (OK, that titbit of news probably doesn’t surprise anyone familiar with South America cuisine) their distinctiveness means dishes still won’t taste like anything you’ll ever try further north. A great example of this is curanto (a Mapuche tradition of cooking meat, seafood and vegetable stews in a hole on the ground, tightly packed around incandescent stones) or the use of wild Patagonian boar and deer.

The three main regional variances in Patagonia cuisine are coastal (outstanding seafood like King crab and toothfish), central (Patagonian lamb, deer and wild boar) and high-altitude (deer as well as river trout and salmon). If you’re a lover of game, you’ll enjoy the exquisite offerings and, if not, trust that the variety of dishes will ensure you too will find your own little taste of Patagonian heaven.

Best Food to Try in Patagonia

Given you’re probably as ravenous as I am, right about now, let’s get to it!

Here are the most unmissable delights of Patagonia cuisine.

If Patagonia were an independent country then this spit roast lamb would be its national dish and it would certainly have its own national holiday too. The meat is cooked outdoors (obvs, because smoke) on a blistering hot metal cross, over an entire day, resulting in a crispy skin crackling and meat that just falls off the bone like butter. About the best lamb in the world, if you ask me. 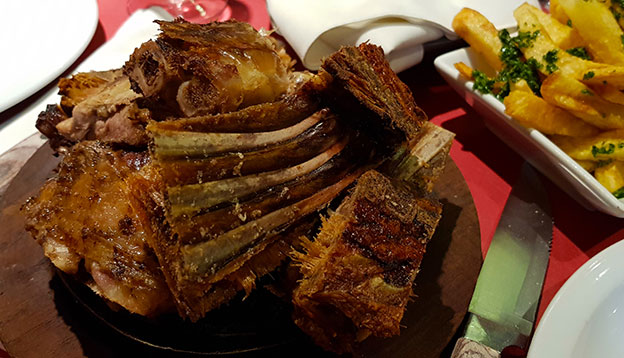 Like mushrooms on steroids, Patagonian forest fungi are usually dried first and used in a myriad of sauces and side dishes. Moorish and earthy, it’s the kind of ‘side dish’ you could eat by the basketload. Wild Patagonian pine and cypress mushrooms enjoy a stellar reputation among international exports, for their particularly intense taste. 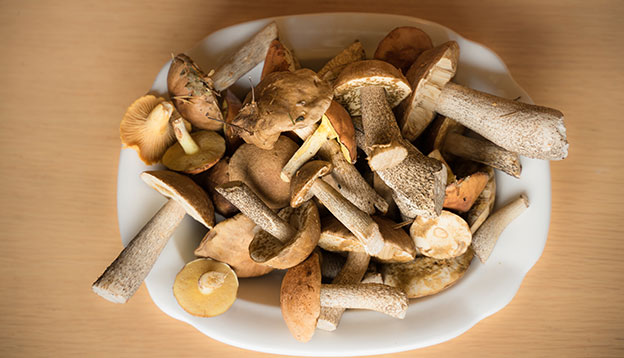 Ouch. Cute, fluffy guanacos on your dinner plate? Yep. Welcome to Patagonia! Controlled hunting of this admittedly adorable creature is allowed here because the region boasts a rather overwhelming number of them, given they don’t have many predators here. Well, aside from the hunters and the occasional puma, of course. Guanaco meat is very lean (much like kangaroo) and is cooked ever so briefly to retain its tenderness. The Tehuelche people of Patagonia have been consuming guanacos since time immemorial and they’re credited with providing nutrition and survival to tribes throughout the exceptionally harsh Patagonian winters. As is the norm with indigenous cuisines, the Tehuelche feasted on everything guanaco, including the fat and entrails, although nowadays you’ll mostly find only lean cuts and steaks on Patagonian menus. 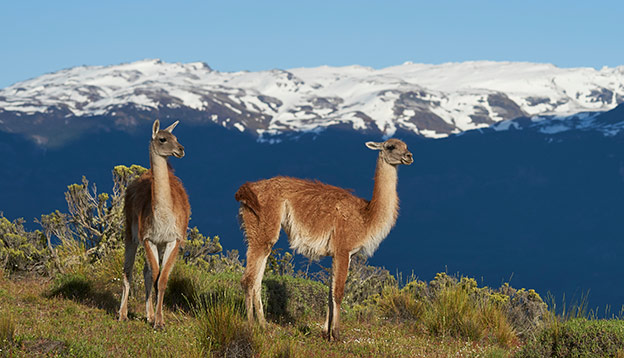 Imagine a creamy King Crab chowder, topped with seasoned breadcrumb and cheese and roasted to perfection? This is it! Chupe de centolla is a dish you’ll find on the Chilean side of Patagonia and, if you’re currently on the Argentina side, reading this with a hole in your belly to fill, trust me: it’s totally worth crossing back over again. The thick, tasty and gooey sauce is like the perfect marriage with the tender crab and really brings out its flavour. After a full-on day walking on Patagonian glaciers and being blow away by the experience, this is just the kind of decadent culinary delight you’ll want in front of your face. Seriously, it’ll be a drop-dead-happy kinda day.

So, if you’re surmising that all they do in Patagonian regions is take their respective country’s best dishes and improve them, you’d be absolutely right! Empanadas as you know them but with the addition of succulent Patagonian roasted lamb. Just perfect for those who are on a strict ‘empanada a day’ diet (like, everyone who comes to South America) and wants to try every version ever made. 6. Patagonian Toothfish (yummier than it sounds!)

You’ll no-doubt see ‘sea bass’ on dinner menus all over Patagonia and, in case you’re already aware of the detrimental overfishing of the Chilean Sea Bass, you may be thinking ‘whaaaaaat?!’ Cue a rather genius marketing ploy dating back a few years, that saw Patagonian restaurateurs dishing up honestly delicious toothfish under the label of ‘sea bass’ because, apparently, it just sounded more ‘palatable’. It would be highly unlikely that you ‘d be served illegally-caught Chilean Sea Bass here, especially in a reputable restaurant. It’ll most likely be the Patagonian toothfish, which is flaky, meaty and utterly delectable. As with most seafood dishes in Patagonia, you’ll often find it prepared in a sumptuous lemony-buttery sauce. 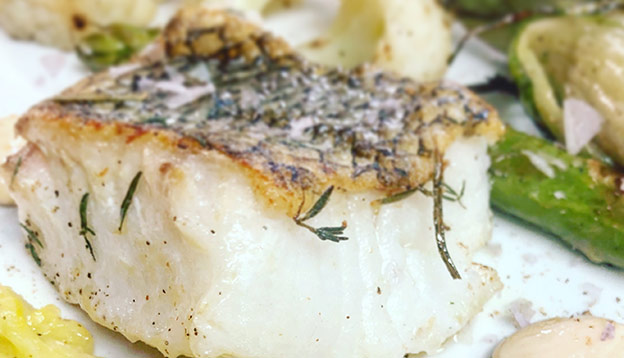 Short on time? Why not eat all the BBQ meat at once?! The Patagonian version of this carnivorous Argentinian meat-feast includes all the local cuts including wild boar, lamb, goat and usually guanaco too. Also, possibly chicken. You know, to keep it light. 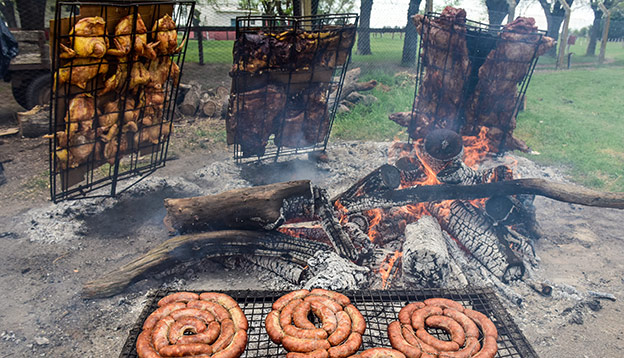 The seafaring equivalent of the spit roast lamb, the Patagonian trout is, once again, probably the best of its kind you’ll ever try. Thriving like a legend in the glacial lakes and rivers of this magnificent region, the Patagonian trout is prepared in a myriad of ways, including grilled, pan-fried, roasted and in creamy stews. A personal fave is trout cooked in pasta sauces, resulting in a dish that epitomises the fusion of local + imported culinary traditions in Patagonia. Italian immigration goes back so long that, nowadays, it is an inherent part of local Argentinian cuisine, in particular. I know you’ve probably been waiting for dessert and I’m here to tell you: you will not be disappointed. San Carlos de Bariloche is that jaw-dropping town on Lake Nahuel Huapi on the Argentinian Lakes District. It is a stupendous place to spend a few days with a myriad of exciting outdoor pursuits like hiking, kayaking and horseback riding in pristine Patagonian wilderness keeping you hooked for days on end. In the picturesque town, however, your main mission will be to feast your bodyweight in handmade, artisanal chocolate. THAT.IS.ALL.

The chocolate capital in all of South America and internationally revered as such, Bariloche is, quite literally, the sweetest place on earth. Bariloche is famous for its chocolate. Photo: Shutterstock

South Americans are crazy for their boutique cervezas and Patagonia’s own microbrewery scene is blossoming like a wildflower. Small, unknown to outsiders and delightful, Patagonia’s best microbreweries to seek are Sholken Negra (El Calafate), Tropera (Coyhaique), Bagules (Puerto Natales for the Torres del Paine NP) and over a dozen distinct micro-cervezerias in Bariloche town alone. Yes, you can do a beer-crawl there, either before or after your chocolate-crawl. Or during. Inside a Patagonian Brewery. Photo: Shutterstock

Like Pisco Sour, only better (pssss don’t tell the northerners) Calafate sour is actually the original sour drink with an added splash of sweet and scrumptious juice from the local Calafate berry, which is, incidentally, also sold in jam, gelato, sauce and juice form. This native Magellan berry isn’t found anywhere else and has a sweet and lil’ sour kick that you’ll no doubt love. Travelling through Patagonia is a true feast for all your senses. The wilderness is bound to stir your soul and we hope these Patagonia cuisine food inspirations will help you also indulge your taste buds with abandon.

Want to feast your way through all of South America? You can, with our comprehensive guide to South America Food

At Chimu Adventures, we organise group and private tours in Patagonia and throughout South America. Need someone with whom to share that mouth-watering parrilla? Contact us. We’ll take one for the team.

Experience the pristine nature of these destinations