Is your vision for 2020 to take the road less travelled? We hear you!

The desire to explore the road less travelled is one of the fastest-growing trends in travel for 2020. Tired of having to elbow their way through hordes of camera-wielding visitors, more and more discerning adventures are opting for lesser-known, lesser-visited destinations that deliver a phenomenal bang for their travel-buck. As part of our 2020 Vision, we offer our tips on the 10 best road less travelled destinations for Latin America and the polar regions.

Think there aren’t any new treasures to discover, nowadays?

Uruguay is the epitome off-beat Latin American destination. Flanked by two immensely more prominent countries, both of which boast seriously famous highlights (that would be Brazil and Argentina, of course), Uruguay has been an easy country to overlook. Until the time comes when ‘overlooked gems’ is exactly what travellers are after.

So why Uruguay? Well, because it boasts a really interesting history and is, in many ways, an anomaly in the continent. Historically, the country has been politically stable, socially innovative and way ahead of its time in so many ways (not just regionally but internationally) and that’s made Uruguay a consistently rewarding, safe and enlightening destination for decades: no matter what happens elsewhere, Uruguay tours are always on the mark. What a pity so many travellers seemed to have missed the memo! Great news for those off-the-beaten-path explorers then. Gaucho culture reigns supreme here so expect exceptional estancia stays, fantastic food and welcoming locals. If that’s not enough, the Uruguayan coast also boasts some delicious beaches. And you can reach the country in the blink of an eye on a ferry trip from Buenos Aires.

How easy is that?! 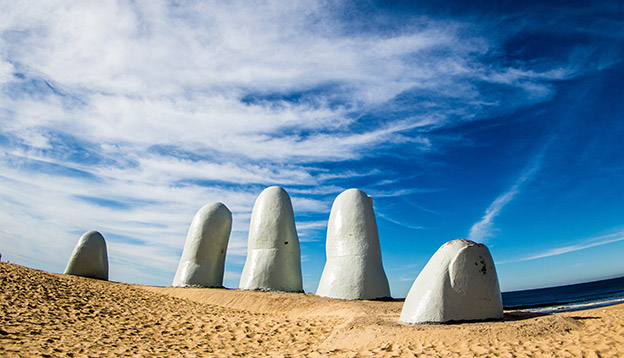 The Salta province is not just one of Argentina’s most spectacular regions but it is also one of its most remote. And you know what that means, right? Yes, endless horizons of jaw-dropping mountains, authentic villages, fabulous farmhouse stays and sensational local food that so many tourists simply never get to experience. Amidst the red-hewn ranges of Salta, meander a stretch of the famous Route 40, the startling 5,230km-long highway that traverses the length of western Argentina, from the southern tip of Patagonia to the Bolivian border in the far north. Choose the stretch between Salt and Mendoza and you’ll cross eye-popping rocky canyons, visit some of the best vineyards in the country and indigenous villages that seem to have been forgotten by time. Renowned for being one of the world’s most astonishing road-trip destinations, Route 40 brings you through a remote and isolated region of South America you’ll definitely want to explore up-close and personal. 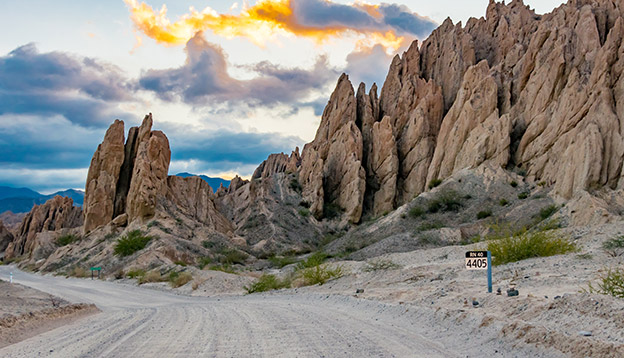 The popularity of the Inca Trail to Machu Picchu has resulted in the ancient Andean trail resembling a human highway at the very height of tourist season, which has enticed so many visitors to Peru to seek alternative trails. Luckily, the Sacred Valley of the Incas isn’t exactly short on drop-dead-gorgeous alternative hiking trails, if you catch our drift. This is a sensational destination for nearly endless hiking. The 5-day trek to Choquequirao is perhaps the most popular of the lesser-known Peruvian trails but that’s arguably because it is the most astonishing. You’re much more likely to be overtaken by speeding llamas here rather than overzealous fellow hikers. To add to the delights, the ancient citadel of Choquequirao is quite spectacular of its own accord, nearly four times bigger than Machu Picchu and built around the same era. Given the ancient citadel hasn’t even been dug up entirely, you’ll get extra brownie-points if you stumble on a new find. 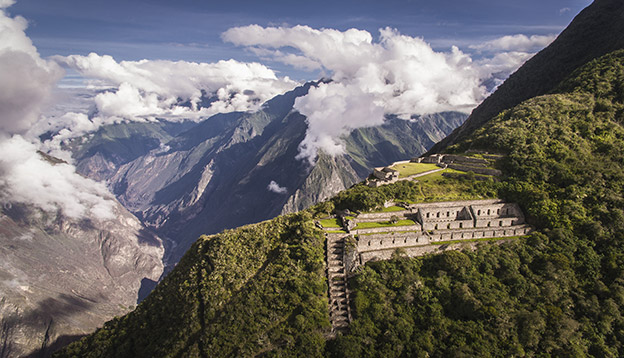 Costa Rica may not be an ‘unknown’ Latin American destination but there’s no denying that this impressive nation is way off the usual travel paths for Australians. Although the tourist scene here is well established (and modern enough to offer 5*, all-inclusive megaresorts) it has plenty of hidden destinations of its own accord and an abundance of eco-lodges. Costa Rica is considered the mother of sustainable and environmentally-conscious travels and this is still the one country where experiences are green and authentic. Amongst the many treasures to be discovered, it’s the Osa Peninsula, in the southwest, that is the least developed. The peninsula is made up almost entirely of the world-revered Corcovado National Park: the wildest and most biodiverse park in one of the most biodiverse countries on earth. You just know that, out here, your nature-drenched experiences will be absolutely out of this world. Two species of sloths, an array of colourful toucans, caimans, howler, spider and capuchin monkeys, as well as silky anteaters, agoutis, crocodiles, sea turtles, coatis, tapirs and so many more unique creatures await!

You’d be hard-pressed to find a more rewarding off-beat destination in Latin America than the Brazilian archipelago of Fernando de Noronha. The where, you ask? Exactly – the fact that no-one’s even heard of this corner of tropical paradise is kinda the point. Floating over 300kms off the north-eastern coast of Brazil, this barely developed cluster of spellbinding islands offers ridiculously beautiful sandy beaches, just a handful of accommodation choices and wilderness in absolute abundance. Fernando de Noronha is one Brazil’s most magnificent unknown national parks (there’s more!) where tourists are limited and Robinson Crusoe-style experiences endless. 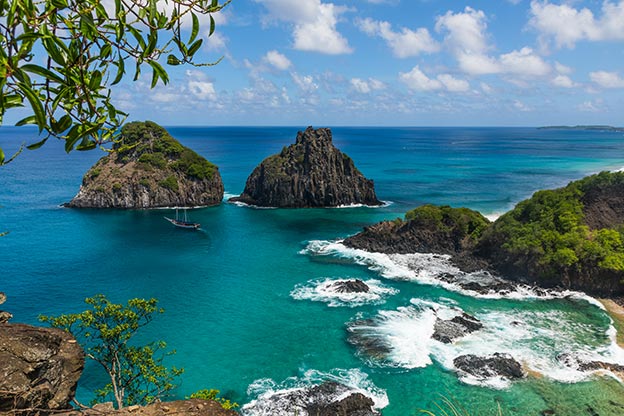 Fernando de Noronha, an archipelago off the coast of Brazil. Photo: Shutterstock

The Brazilian wetlands known as the Pantanal are probably the worst-kept secret in the entire continent. Rated as ‘top of the lot’ as far as Amazonian wildlife-watching value is concerned, the Pantanal is the unrivalled, unquestionable, unbelievable best destination to see an abundance of creatures. End. of. story. Revered among animal enthusiasts but unknown to the greater majority of travellers, the Pantanal really is that shining gem everyone needs to know.

Check out our fave Pantanal experiences 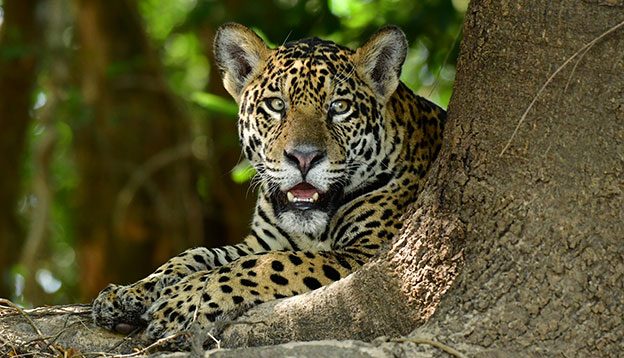 A jaguar in the Pantanal, Brazil. Photo: Shutterstock

Like a bad-kid-turned-SO-good, Colombia is basking in its newly-found popularity and showing off its treasure like there’s no tomorrow. Colonial Cartagena may well be the belle of this ball but the country offers so many surprises that we just couldn’t pick a favourite. So why not see it all? Colourful festivals, prime rainforests, some of the best concentration of wildlife in the entire continent, vibrant cities and, just in case you didn’t know, some of the dreamiest Caribbean islands of all. 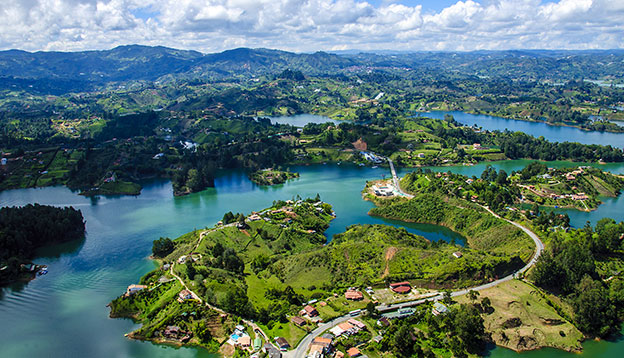 View from Rock of Guatape in Medellin, Colombia. Photo: Shutterstock

Covering a mind-boggling one-million-square-kms of prime South American wilderness, Patagonia is both insanely famous and totally unknown. No matter how many visitors you encounter in the most famous sites, like the Perito Moreno Glacier or the Viedma Glacier, there are at least a dozen more unmissable sights that are eerily deserted, even at the height of tourist season. The Queulat National Park is one of the most rewarding, its hanging glacier hike offering a little of all the amazing rewards that attracts so many visitors to these parts every year. You can hike amidst pristine forests, cast your eyes on a glistening glacier blanketing a striking mountain and enjoy the spectacle on a daylong hike, where you’ll barely run into a single other visitor. This is Patagonia at its most spectacular and a truly genial way to dodge the tourist crowds whilst you’re at it. 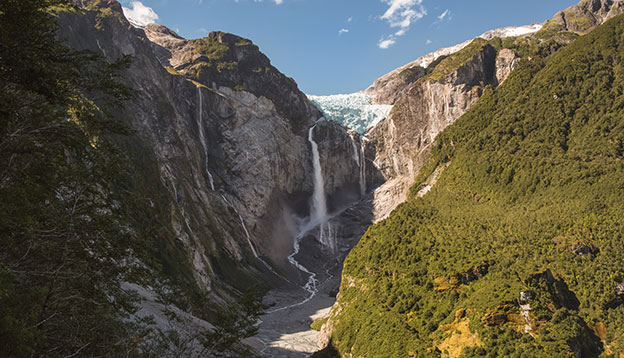 Global warming has facilitated extensive sea travel in the Arctic, making the crossing of the Northwest Passage, one of the world’s most challenging sailing feats, a very real possibility for a few lucky cruise ship guests every year. You’ll need to head to the north of our planet at the height of summer (July & August) to allow for maximum seasonal ice melt. Cruising the Northwest Passage is a dream journey for those who want to sail in the wake of famous Polar explorers and experience the extreme (and extremely spectacular) world of the far north. This is the land of polar bears, whales, seals, puffins and an untold number of other unique birds; of jaw-dropping glaciers, outstanding fjords and some of the most isolated indigenous communities in the world. This is as ‘out there’ as you could ever travel, as only a handful of Arctic ice-strengthened expedition ships make the trek this far in the northwest. 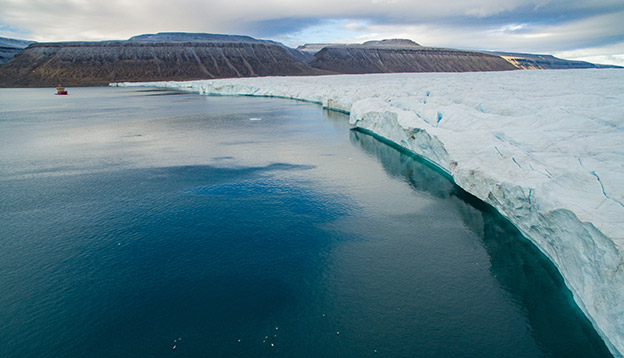 Head to the polar opposite end of our planet and you’ll find the Southern Ocean equivalent of the Northwest Passage. Crossing the fabled line of the Antarctic Circle is a quest attempted by just a few expeditions ships every southern summer, ships that travel further south along the west side of the Antarctic Peninsula than any other vessel. Choosing this route means you’ll be adding a few days to a classic 10-day Antarctica cruise yet the extra time (and cost) is deemed infinitely worthwhile by those who’ve been there and experienced that. Only a few select people can claim to have come this close to the South Pole, by ship.

Want to be among them? See our Antarctic Circle cruises 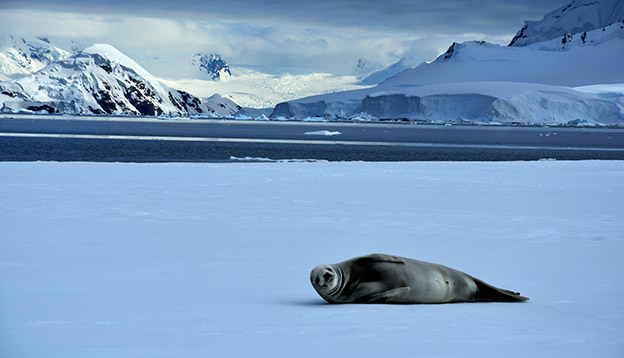 Whether you want to know more about any of these above-mentioned 10 best off-the-beaten-path destinations or need some help in picking the right one for your, reach out to us – right here – and let Chimu Adventures help you plan the adventure of a lifetime.

Spotting exotic animals, marveling at the beautiful scenery and soaking up the diverse culture of Costa Rica.