Argentina is the second largest country in Latin America after Brazil, home to incredibly diverse landscapes, a rich history and stunning scenery. Located in the south of the continent, Argentina shares the inspiring region of Patagonia with Chile. It also encompasses glacial lakes, Pampas grassland (the traditional grazing ground of its renowned beef cattle) and the Argentinian Andes mountain range including Aconcagua, the highest point in South America at 6,960 metres above sea level. Then of course there are the Iguacu Falls, an absolute must-see of the continent! The cosmopolitan capital Buenos Aires, home of the tango, is filled with stunning architecture and world-class cuisine. The city centres around the 16th century Plaza de Mayo that is lined with stately buildings including the Casa Rosada, the balconied and iconic presidential palace.

Did you know?  

A pre-arranged visa is not required to enter Argentina for citizens of the following countries:
For other nationalities please visit the website of the relevant consulate.
Please note that Australian, Canadian and USA citizens must pay a “reciprocity fee” to enter Argentina. This is not a visa, since a visa is not required for visitors from these countries. It is a fee based upon the fees that Argentinean citizens pay for visas to these countries. The fee is subject to change.
The National Immigration Agency (Direccion Nacional de Migraciones) has added a new online form of payment of this reciprocity fee, through the Provincia Payment System. Online payment must now be made in advance for arrival at all airports.


How to pay the reciprocity fee online:
1) Go to the following URL:
http://www.migraciones.gov.ar/accesible/templates/reciprocidad/reciprocidad.htm
2) Click on ‘continue’ button and enter all details (Please enter your date of birth using the MM/DD/YYYY format)
3) Complete the form with the corresponding personal and credit card information
4) Print the payment receipt
5) On arrival in Argentina, this printed receipt must be presented at Immigration Control. The receipt will be scanned by the Immigration officials, the information will be checked and the traveller entry to the country registered. You also need to be able to show the credit card used to make the on-line payment.
Remember that the reciprocity tax also needs to be paid for all Australian, United States and Canadian passport holders who come from Chile, Brazil, Bolivia, Uruguay or Paraguay into
Argentina via an overland border. Please print the tax payment receipt and bring it with you so that you can show Argentina Customs at the border crossing. If you do not do this you will not be able to
enter Argentina at the border. It should be performed at least 15 days before travelling.
Please note: Written evidence is also always required for all land crossings into Argentina. Please keep written confirmation of payment with you at all times in Argentina.
Additional Forms for ALL passport holders exiting Argentina via overland border crossings.
Please note that there are additional online custom forms to complete when travelling overland between Argentina and adjoining countries. Presuming you are travelling across the border on Chimu services and unless you request otherwise, our Argentina operations office will organize the below overland border documentation to be prepared for you.
The online forms can only be completed in Spanish so please consider this if you wish to complete the forms yourself.
If you have any queries in regards to other passports and/or any questions about the prepayment, please contact your applicable Argentinean Consulate.

Taxis - Warning
Do not pay taxis with high value notes such as 50 or 100 Pesos. Taxi drivers, especially in Buenos Aires are known for their ‘fake note’ scams. If a tourist pays for a taxi with a high value note the taxi driver very quickly switches it with a fake note when the passenger pays and then tells the passenger it is fake and refuses to accept it. He has therefore managed to offload his fake note on the unsuspecting tourist. Please be aware of this scam and only pay with low value notes or coins when taking taxis.
Antarctic Cruises - Flights out of Ushuaia
If you are flying out of Ushuaia, Argentina the same day as disembarking your Antarctic cruise, please ensure that your flight is after 12PM (NOON).

The unit of currency in Argentina is the Argentinian Peso (ARS).
Please check websites such as www.oanda.com or www.xe.com for up to date exchange rates prior to your departure.
It is easy to change foreign currency in Argentina and there are many foreign exchange bureaux (casas de cambio) throughout the country. You are advised not to change money at the Money Changers located just after immigration at Eziza Airport in Buenos Aires as the exchange rates are very low. If you have to change foreign cash at the airport then you are better off going to the Banco de la Nacion. Better rates of exchange are given for larger bills (USD50 or 100 and similarly with Euros). US dollars are widely accepted in large hotels, top-end restaurants, supermarkets and major stores but please note that you will always receive change in pesos, even when you pay with US dollars.
ATMs (cajeros automaticos) are widespread in Buenos Aires and other large cities and are found not only in banks but also in shopping centres and in some supermarkets. Smaller towns generally have at least one ATM. Many banks have daily withdrawal limits of 2,000 pesos or less, but sometimes there are lower limits on international cards.
Banks are generally open from 10.00am to 3.00pm but closed on Saturdays and Sundays.
Visa is the most widely accepted credit card, followed closely by MasterCard. Most large hotels and restaurants accept credit cards.
Please note that you are advised to carry some cash with you in Argentina as ATMs do not always accept foreign cards.

Country code: + 54
Ambulance: 107
Police: 101
Internet cafes with reasonably priced internet access are widespread throughout Argentina although internet speeds may vary. Wi-Fi is becoming increasingly common in many hotels as well as in cafes and restaurants and it is generally free.

Argentina stretches across many different latitudes and as such there are great variations in climate within Argentina. The climate ranges from subtropical along the north-eastern border with Brazil to sub-polar in the Tierra del Fuego region in the far south. Patagonia has dry, almost desert like conditions since it is sheltered from the persistent westerly winds by the southern Andes.
In the north of Argentina the weather is sunny and dry for most of the year reaching temperatures of 35°C (95°F) and above. There is also a wet season here from December to March when it can be uncomfortably humid.
In the centre, Buenos Aires has a temperate climate year round although it can get quite hot and humid in the main summer months of January and February and cooler and damper in the winter. Average annual temperatures range from 24°C (75°F) to 11°C (51°F) in Buenos Aires.
Further south in Patagonia however, the weather is extremely cold for most of the year, except for the summer months (November – March) when it can be surprisingly pleasant. The average temperature in Ushuaia in winter is zero.

The cuisine of Argentina is distinctive in South America because of its strong resemblance to Italian, Spanish, French and other European cuisines. Indigenous gastronomies derived from groups such as the Quechua, Mapuche and Guarani have also played a role. Grilled meats and pasta are common with extensive use of local ingredients. Lamb is one of the traditional meats of Argentina. It is lean and grass-fed on the Patagonian Steppe. Typically it is stretched across a metal frame and slowly grilled for several hours over an open fire.
Another determining factor in Argentine cuisine is that Argentina is one of the world’s major food producers. It is a major producer of meat (especially beef), and so red meat is an extremely common part of the Argentine diet.
Certain foods can be found in all corners of the country. These include asado (barbecued meat), dulce de leche (similar to caramel made from sugar and milk) and empanadas (similar to Cornish Pasties).
The pristine waters of Patagonia are home to an abundance of trout and salmon. In the area around Bariloche, Alpine cuisine is more the norm with chocolate bars and fondue restaurants. Tea rooms are a feature of the Welsh communities in Gaiman and Trevelin.
Recommended Argentinian dishes include:
Argentina is also well known for its wines. The most important wine regions of the country are located in the provinces of Mendoza, San Juan and La Rioja. Malbec is one of the country’s best known varieties and its signature red grape variety. Pinot Noir is Patagonia’s iconic grape variety.

Argentina’s official language is Spanish, buy Argentinian Spanish differs from Spanish spoken in other countries, mainly due to the Italian sounding intonations. Indigenous languages spoken today include , Guarani and Quechua . Many immigrant groups have continued to speak their own language and so you will also find many other languages in Argentina including Italian, German,English, French and even Welsh. 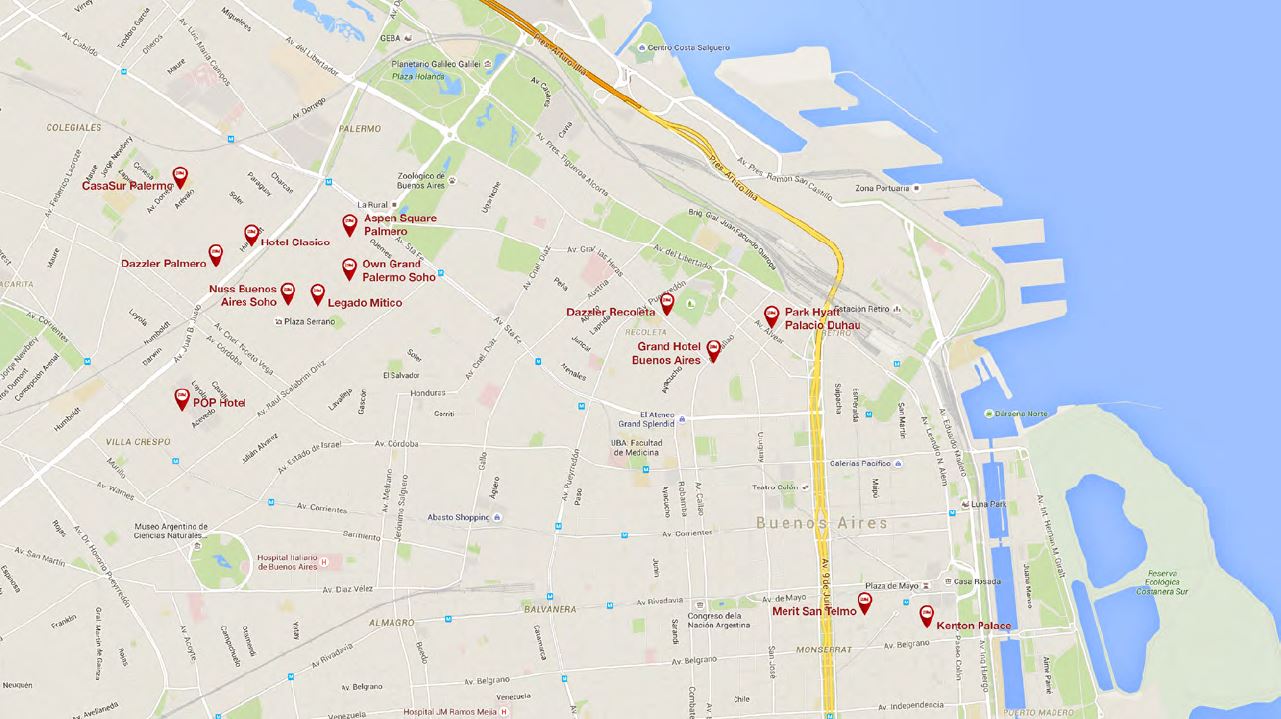 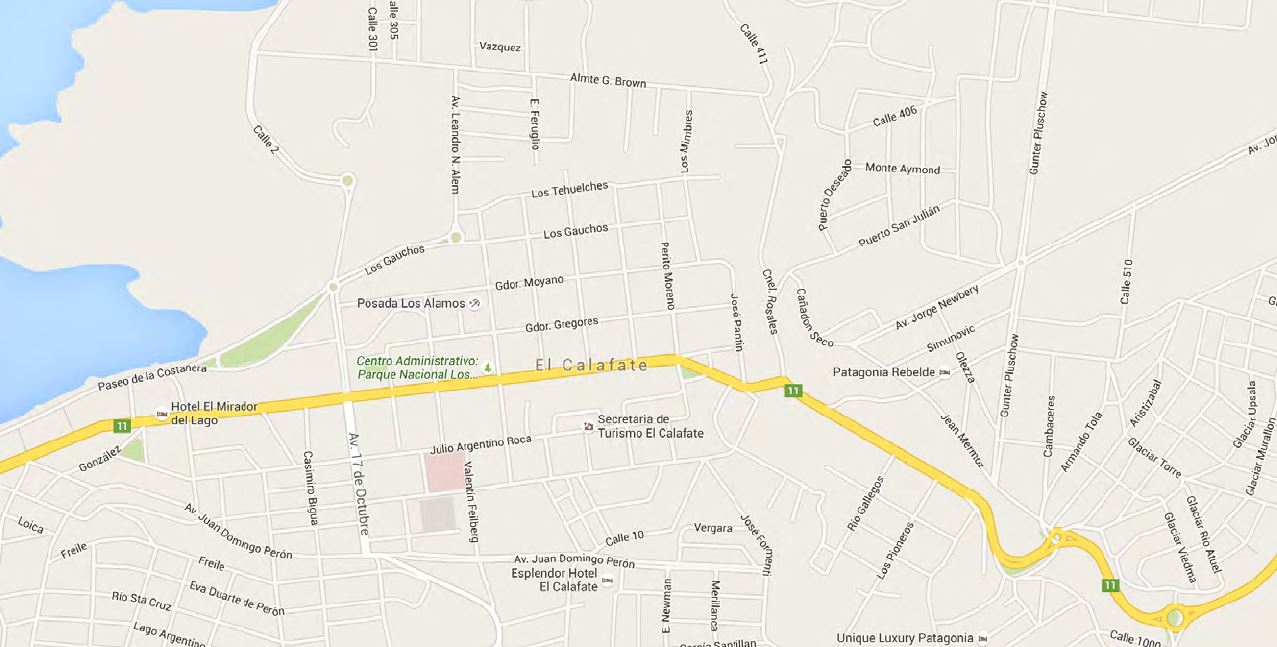 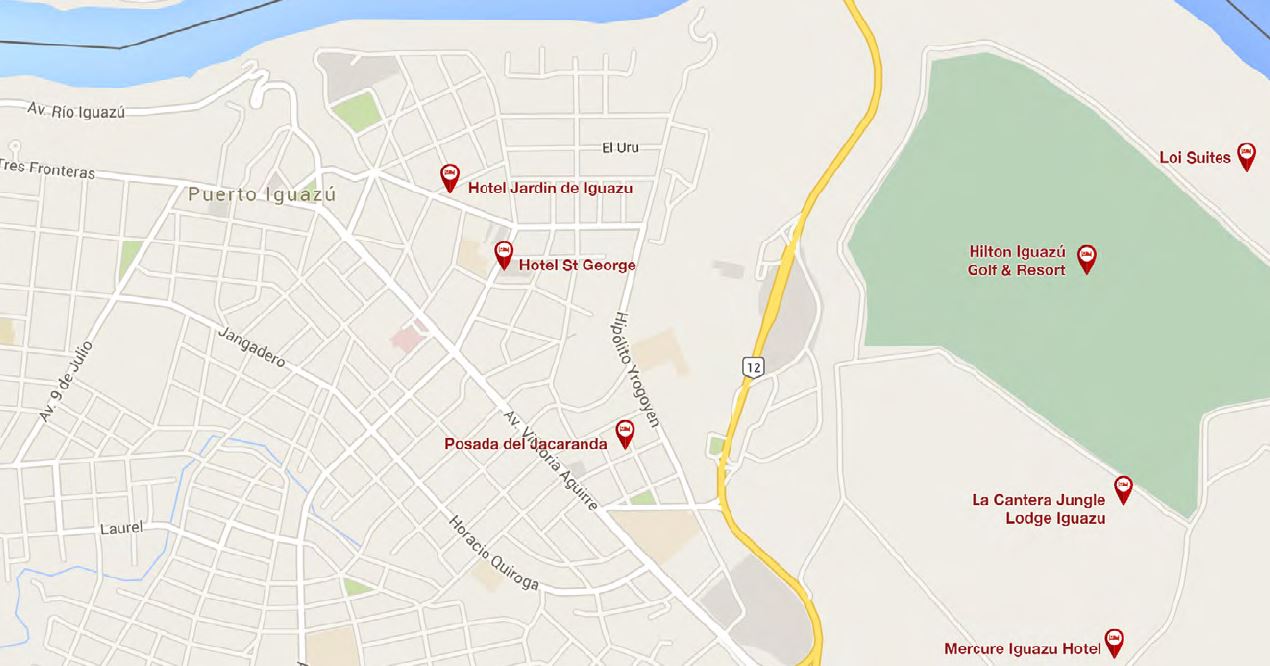 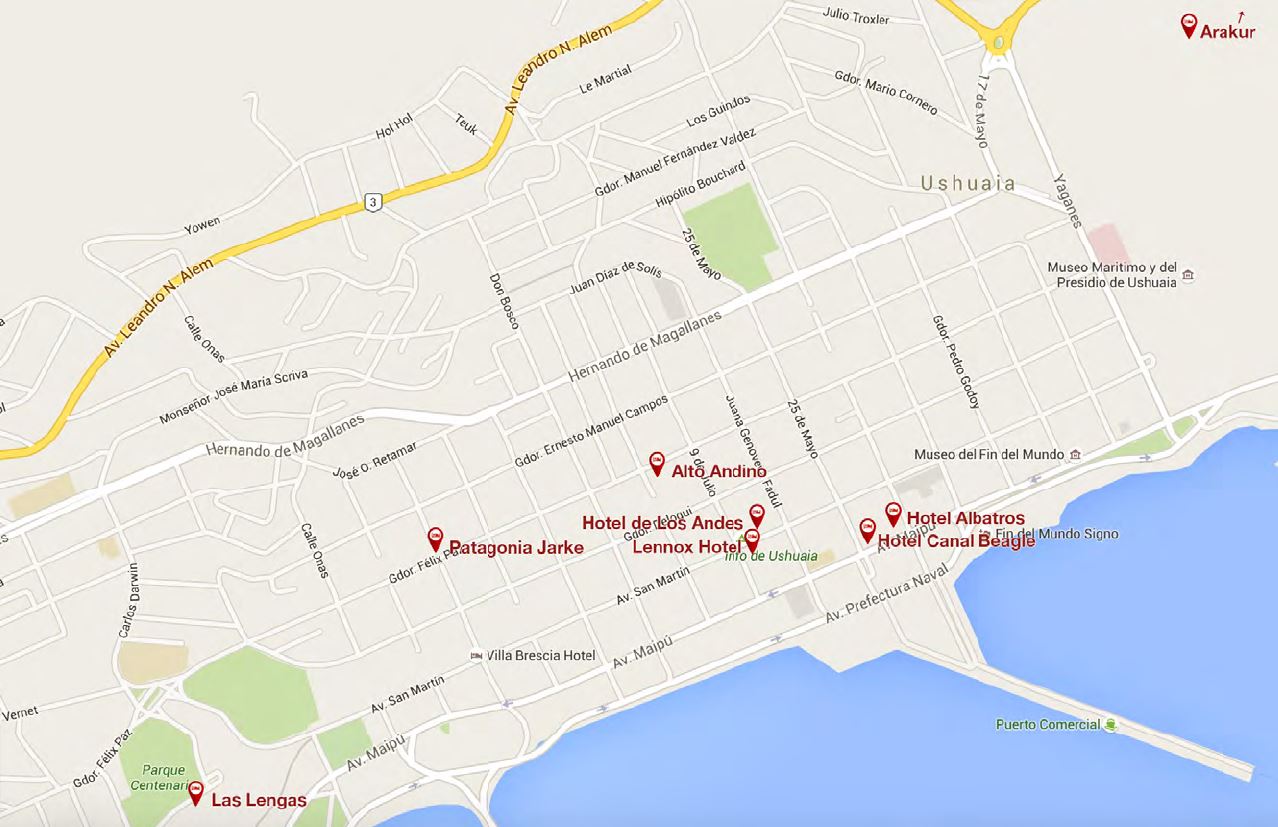 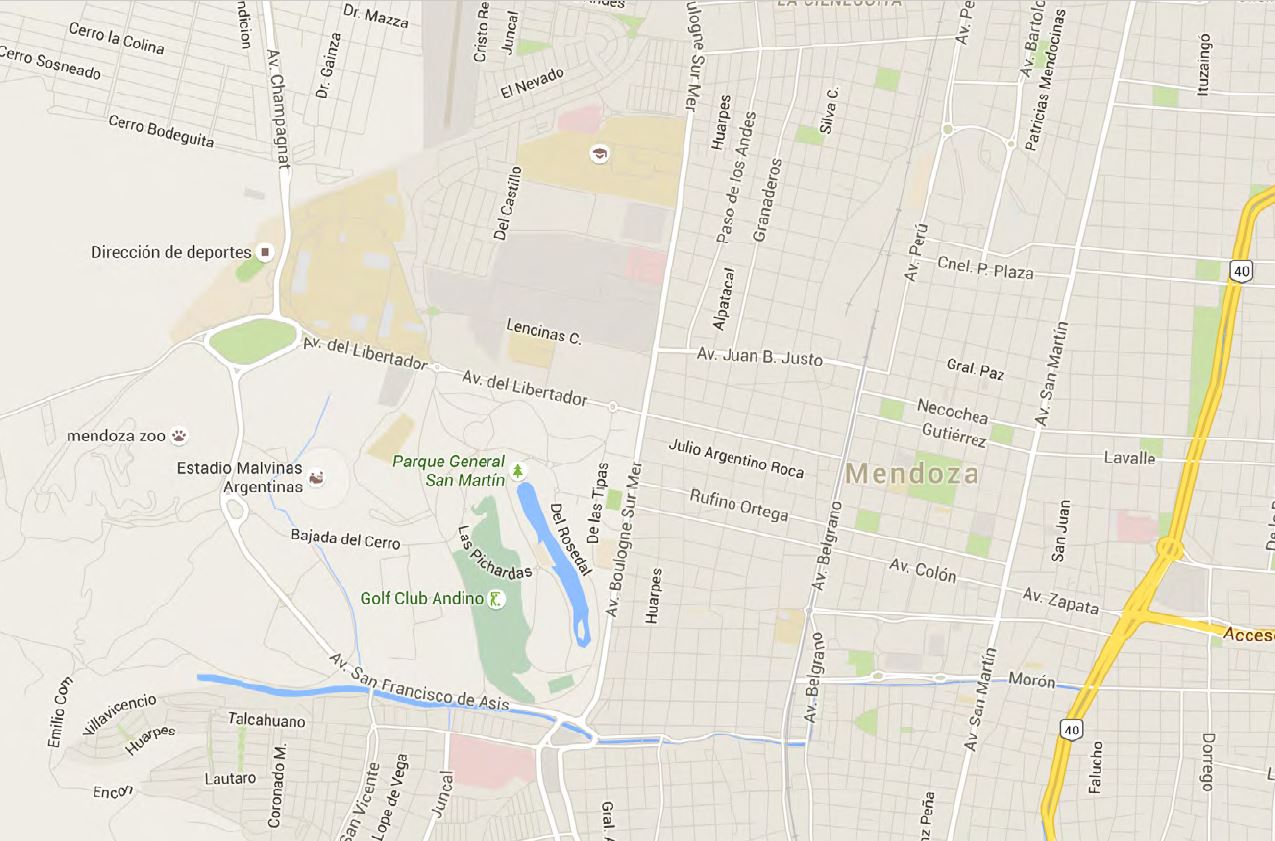