Chile is one of the longest north-south countries in the world occupying a narrow strip of land between the Pacific Ocean and the Andes. Like Argentina, its landscapes are diverse and its scenery spectacular ranging from the arid Atacama Desert in the north with its geysers and fascinating rock formations, to wild, rugged and breathtakingly beautiful Patagonia in the south with its volcanoes, lakes, glaciers and fjords. Easter Island is also part of Chile and famous for its giant statues carved from volcanic rock.
Then of course there is the capital Santiago, surrounded by snow-capped peaks, and a testament to the emergence of Chile as the modern economy in the region.
Did you know?

A pre-arranged visa is not required to enter Chile for citizens of the following countries:
For other nationalities please visit the website of the relevant consulate.
Please note that Australian citizens must pay a “reciprocity fee” to enter Chile. This is not a visa, since a visa is not required for visitors from Australia. It is a fee based upon the fees that Chilean citizens pay for visas to this country. The fee is subject to change but is currently US$160. Please check the fee with your local Chilean Embassy prior to travel as it is subject to change. The fee can be paid on arrival in US$ cash or by credit card.
In regard to local taxes, there is an entrance fee of US$63 for ALL tourists travelling to Easter Island. This must now be paid locally. Chimu Adventures is no longer permitted to collect this on behalf of the indigenous people of Easter Island, and all visitors to the island must pay this charge on arrival.
Please note that this fee is subject to change.

Please note that bribing is not acceptable in Chile and if you attempt it you are likely to be arrested.

The unit of currency in Chile is the Chilean Peso (CLP).
Please check websites such as www.oanda.com or www.xe.com for up to date exchange rates prior to your departure.
Banking Hours are Monday to Friday, 9.00am to 2:00pm with banks being closed on Saturdays and Sundays.
Currencies other than the Chilean Peso are not widely accepted across Chile, but most cities have foreign exchange bureaux (casas de cambio) with reasonable rates on Euros and US dollars. Hotel and airport exchange rates tend to be much lower than those in foreign exchange bureaux.
ATMs are widespread across the country with different banks charging different amounts for extracting cash. The usual fee is 2,500CLP and the maximum withdrawal allowed is 200,000CLP.
Traveller’s cheques tend to be difficult to exchange with fairly poor exchange rates.

Country code: + 56
Ambulance: 131
Police: 133
Internet cafes are widespread throughout Chile and Wi-Fi is becoming increasingly common in many hotels hostels and cafes – certainly in the mid to high range hotels.

Chile’s climate varies greatly across the country and ranges from a rainy temperate climate in the south to a more Mediterranean climate in the centre through to the arid climate of the Atacama Desert in the north. Summer runs from December to March and winter from June to October.
The north of Chile has sunny, dry conditions for most of the year with temperatures reaching 35°C and above. During the wet season (December to March) it can be very humid.
Santiago and the central valley has a temperate climate which neither becomes unbearably hot or cold. January sees average highs of around 28°C, with average highs of around 10°C in the height of the winter (July). The rainy season here is between May and August.
Further south in Patagonia the weather is extremely cold for most of the year, except in the summer months from November/December to March.

Chilean food is fairly simple and features seafood, beef, fruit and vegetables. The cuisine stems from a combination of traditional Spanish cuisine, Chilean Indigenous culture and local ingredients and is influenced by German, Italian and French cuisines.
The country is probably best known for its seafood with an immense array being caught along its vast coastline including abalones, razor clams, mussels, spider crabs, oysters, conger eels, salmon and sole.
Beef now tends to be more common than llama meat, having being brought in by Europeans.
Traditional dishes include:
Chile’s vineyards are now challenging the more established players in the wine industry and Chilean wines are now recognized as some of the best wines in the world.

Spanish is the official language of Chile with over 85% of the population speaking Spanish as their first language. The Spanish spoken in Chile does however differ from that in neighbouring countries due to it being distinctively accented with the use of local slang. There is very little differentiation between the accent in the north and south of the country.
Several indigenous languages are spoken in Chile including Mapudungun, Quechua, Aymara, Huilliche and Rapa Nui. 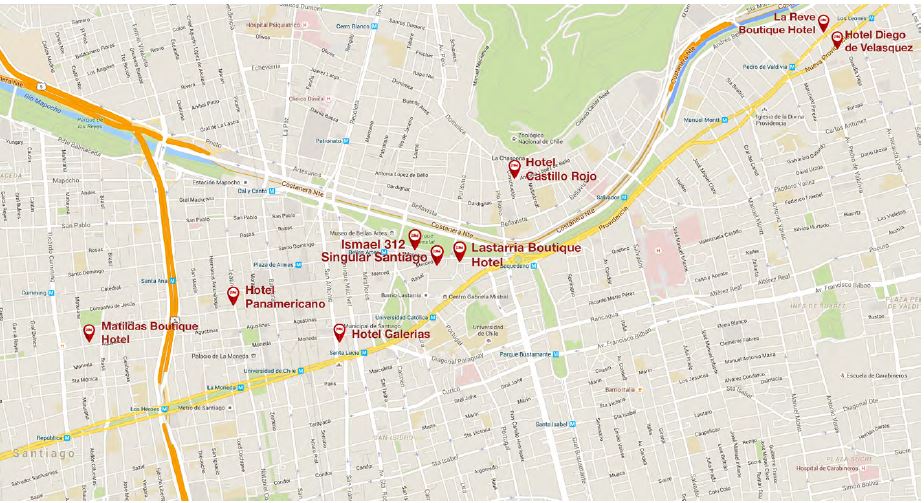 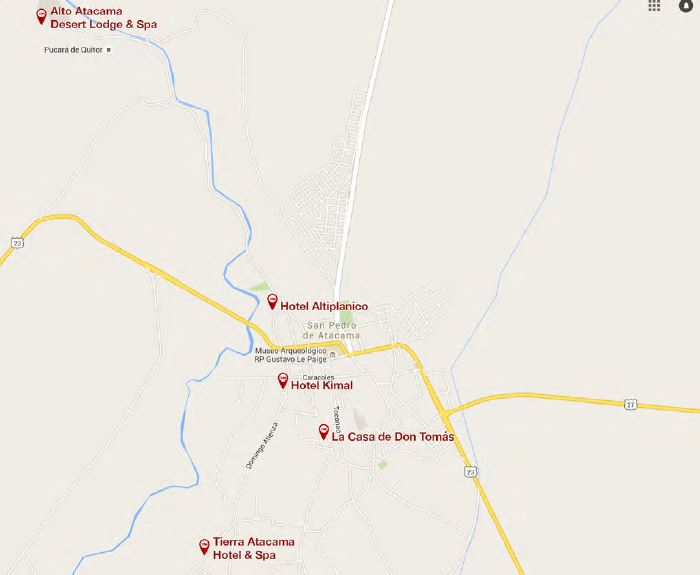 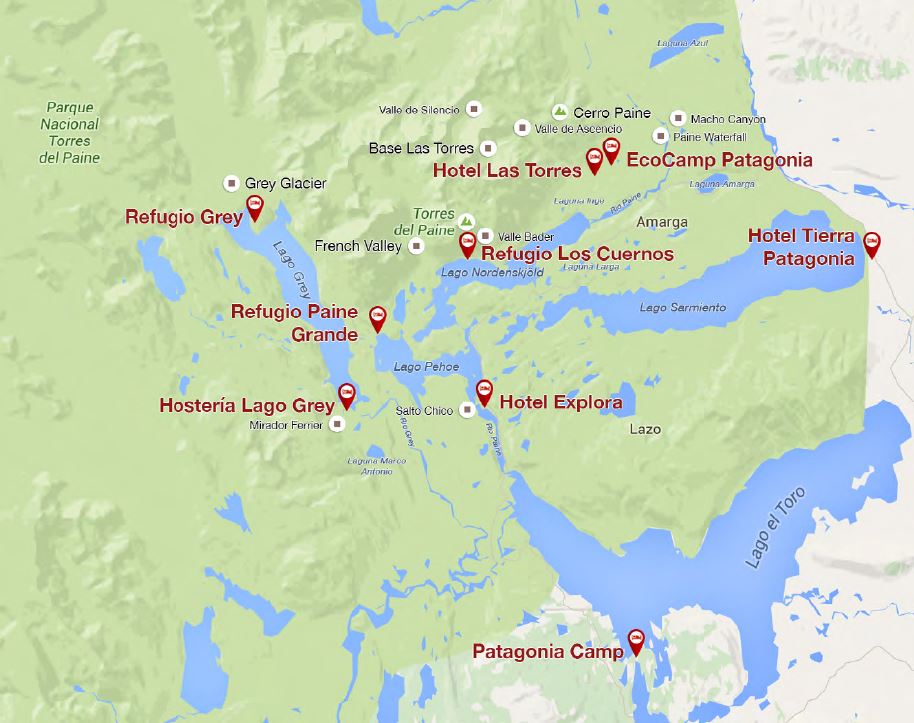 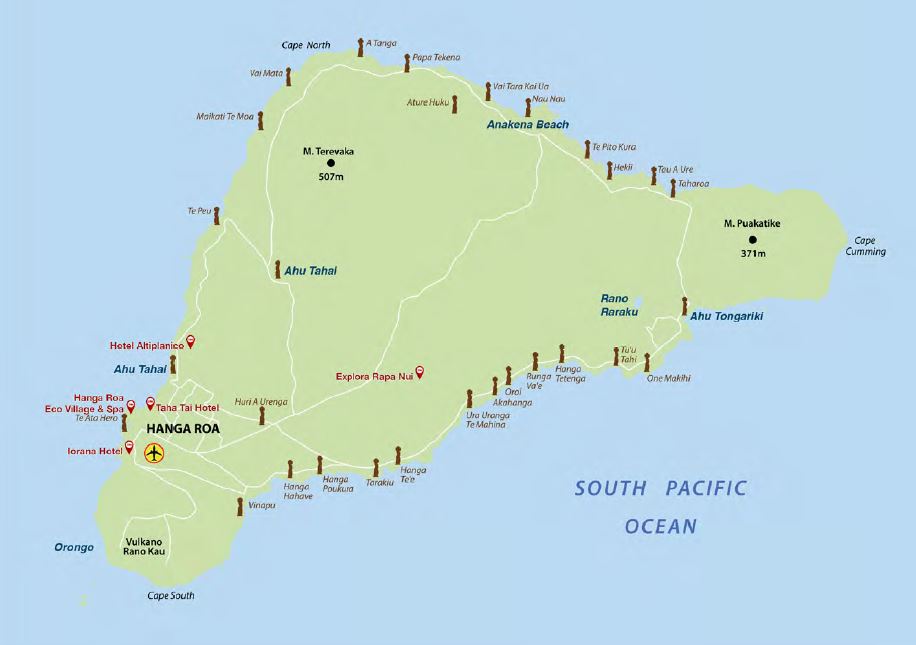