Only a few places in the world have stirred the hearts of explorers more than the North Pole. This region has unspeakable power and the journey to reach the most northern point on Earth is equally as inspiring. At 90 degrees north, there is a point on Earth where the only direction is south. A journey to the North Pole offers the chance of a lifetime, the chance to be one of the privileged few to have stood at the top of the world, surrounded by white icescapes. Travelling through thick pack ice, the voyage itself is an exciting adventure.  For travellers seeking a truly remote and wild destination, the Russian Arctic will not disappoint and each day will be an epic adventure of discovery. This vast, largely ignored region on the roof of the world opened up to expedition cruising in its purest form after the dismantling of the Soviet Union. It is an absolute wilderness paradise with mammoth steppe vegetation filled with strange endemic flora.

Tip: Wrangel Island and Franz Josef Land are the perfect destination for any Polar Bear enthusiast.

Most popular: Navigating these waters is only a few months each year possible. Wrangel island with its Nature reserve and its high population on polar bear is very popular. Its mammoth steppe vegetation is filled strange endemic flora and passengers can visit the Chukchi people. 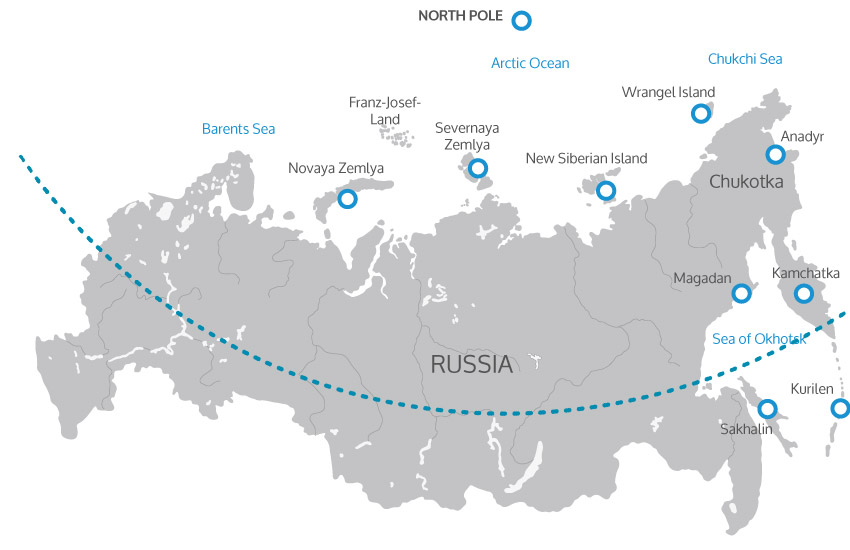