The countdown to Halloween is on. Kids preparing their costumes, adults getting ready for the onslaught of trick or treaters and parents preparation for the children’s sugar high and inevitable crash. In certain places in Latin America, a pretty big celebration is just around the corner too: the celebration of life and remembrance of the dead takes place on the 31st of October through to the 2nd of November. This is the day of the dead or Dias de los Muertos! To clarify, these festivities are not a Mexican version of Halloween and instead draw upon the dark and eerie; the explosion of colour and joyous upheaval. Other places such as Guatemala also join the festivities, whilst Peru and Haiti have a complete celebration of their own during the same time frame.

Mexico ‘Day of the Dead’

Dia de los Muertos (Day of the Dead) traces its routes from the pre Colombian cultures that existed in ancient Mexico. These civilisations have celebrated the memories of their ancestors for over 3000 years. This developed later into the day of the dead, which also fell on the 9th month of the Aztec calendar. Parties, heavy drinking and cooking of the deceased’s favourite meals is common, most of this occurring in cemeteries across Mexico. The celebration dates back thousands of years, stemming from the disrespect that mourning conjured in the eyes of pre-Hispanic cultures. The celebration was the continuation of a sense of place in the community as well as festivities of the memory and spirit of those who had passed. ‘Ofrendas’ or altars are built to summon the spirits back to the realm of the living found in homes and cemeteries. Marigold flowers are scattered to guide the spirits to their place of rest and incense are used to purify the alters and transmit prayers.

Writer Frances Ann Day sums it up the three day celebration below.

“..On October 31, All Hallows Eve, the children make a children’s altar to invite the angelitos (spirits of dead children) to come back for a visit. November 1 is All Saints Day, and the adult spirits will come to visit. November 2 is All Souls Day, when families go to the cemetery to decorate the graves and tombs of their relatives. The three-day fiesta filled with marigolds, the flowers of the dead; muertos (the bread of the dead); sugar skulls; cardboard skeletons; tissue paper decorations; fruit and nuts; incense, and other traditional foods and decorations…” 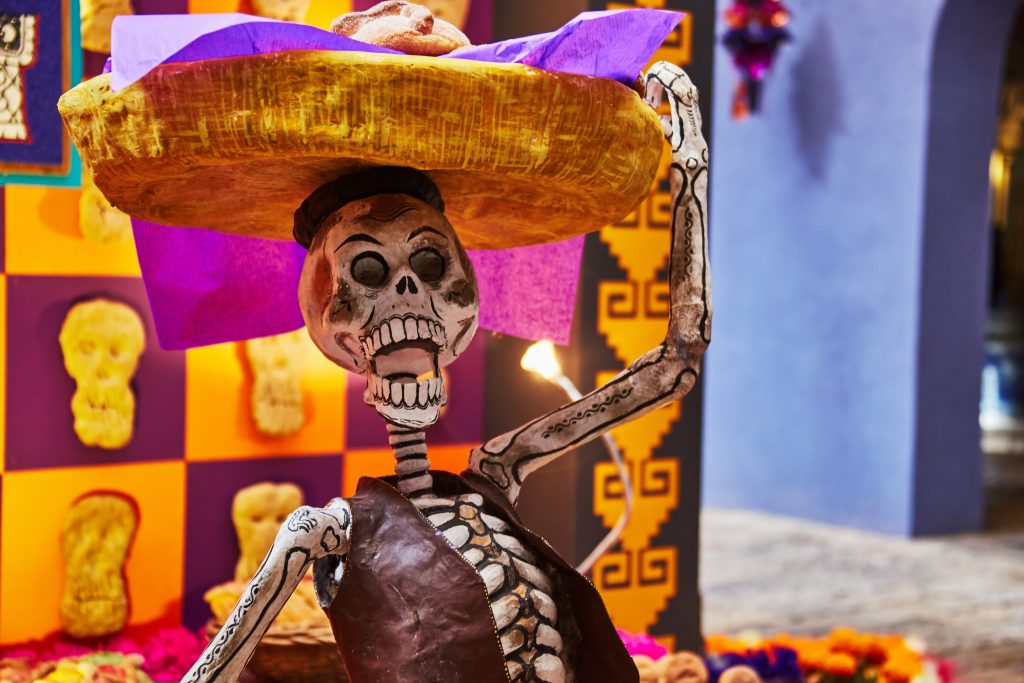 Styles and customs can differ in accordance to region, from Pátzcuaro who canoe to the sialnd of Janitzio for indeginous ceremonies ongoing through-out the night, to Tuxtepec, a place well known for their sawdust rugs, which are judged in a contest during Día de los Muertos. In 2008, the celebration was proclaimed by UNESCO as an ‘Intangible Cultural Heritage of Humanity’, emphasising that ‘cultural heritage’ is not limited to monuments and objects.

Dias de los Muertos brings colour to the skies of Guatemala in the form of giant kites,  This kite flying tradition stems from Mayan times, and kites are usually circular ranging from around a foot in diameter to some of the larger ones being 10ft or more across! Why do they do this? It symbolises the spirits or souls of the deceased flying to heaven or carry messages to loved ones who have passed. During the celebration, Guatemalans eat Flambere – a salad type dish consisting up to 50 ingredients which is only eaten once a year. The three-day celebration usually involves the representation of the four elements by burning candles (fire), food (Earth), an offering with food (Water) and kite flying (Air).

In Haiti, African voodoo traditions are blended with Roman Catholic observances such as incessant loud drums and music which are played at all-night celebrations at cemeteries to awaken the dead. Taking place in November, but most concentrated at the beginning of the month, the celebration is known as Fet Gede; Fet meaning festival and Gede referring to the sacred dead. Drinking, food, voodoo and big crowds are what to expect during this spectacular celebration. 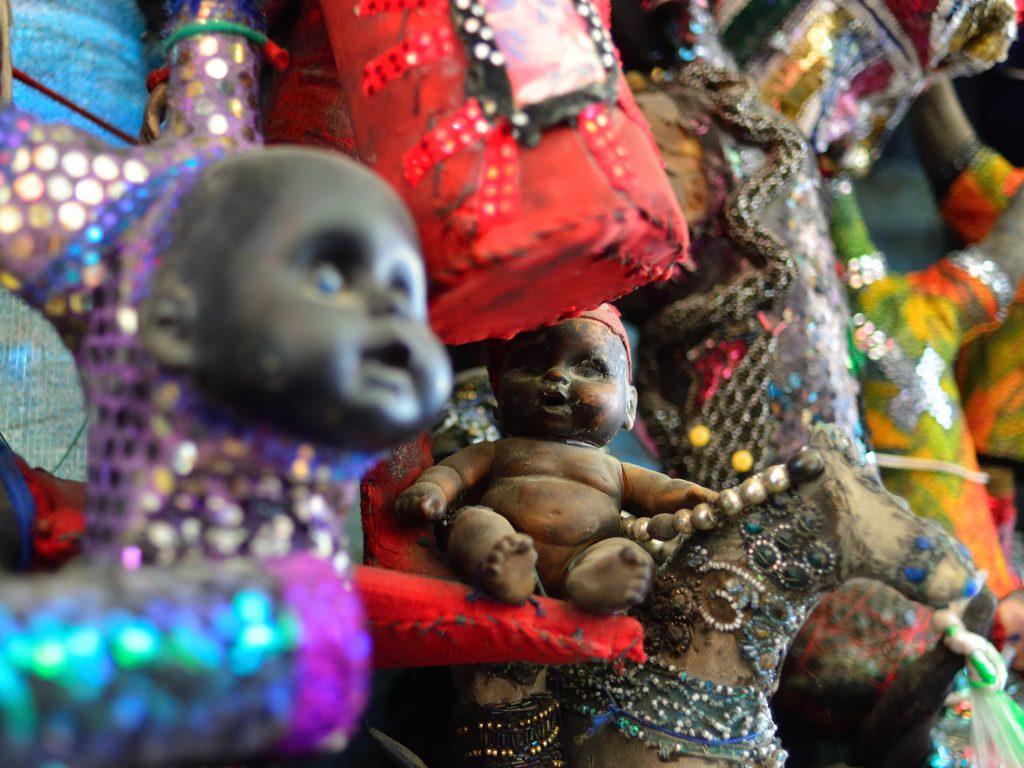 A local Port-au-Prince resident Lamerci, had said that during the celebration “We ask for luck, liberty, and long life from the dead. We ask for all the good things from the spirits”

The celebration honours the dead and celebrates the Lwa; or spirits of death and fertility. Papa Gede is honoured during the festivities as he is believed to be the first man that died and waits at the crossroads to take departed souls to the afterlife. Other spirits heavily present, including Baron Kriminel (the enforcer of the Gede- as the first person to commit murder) and other Gede (ancestral spirits).

The Día de la Canción Criolla (or day of Creole Music) is a Peruvian festivital celebrated every year on October 31. The event celebrates the Criollo culture of Peru – mainly stemming from the Afro-Peruvian influences of the south coast. It was established on 18 October 1944 by President Manuel Prado y Ugarteche.

Throughout the Día de la Canción Criolla, one can see performances, both free and ticketed, in concert halls, peñas criollas (traditional music halls), restaurants and in main squares throughout Peru – especially along the coast. In Lima, and on the southern coast.

Why not experience this incredible celebration first hand? Chimu Adventures offers tours to South America. Speak to us today!

DAY OF THE DEAD

Discover the highlights of Mexico as you travel from the pristine beaches of Cancun to the vast sprawling capital, Mexico City.