Today, on Day 13, the 21st, we explored the Sacred Valley of the Incas. This fertile river valley was home to many important sites for the Incas, both strategic and religious. The first stop was the village of Pisac, with its famous market. We wondered through the colourful market stalls before a typical Andean lunch at a local restaurant before continuing our journey along the River Urubamba, to Ollantaytambo the town which was dominated by a giant Inca fortress. This was perhaps the best surviving example of Inca town planning and was the scene of a rare Inca victory over the invading Spanish. At the end of the tour we were dropped off at the Ollantaytambo train station to take the train to Aguas Calientes.

On Day 14, the 22nd, we were astonished upon our first view of Machu Picchu, a stunning display of ancient architecture with incredible surroundings. The Historical Sanctuary of Machu Picchu is a cultural and natural area protected by the Peruvian Government. It harbours a large number of archaeological monuments articulated to the Inca road network and is one of the most biodiverse areas in the country.

The most important monument inside the Sanctuary is the City or Inca Llaqta of Machu Picchu, which was planned and built around 1450, during the reign of Pachacuti Inca. The city consisted of the ruins and monuments, such as the Main Square, the Circular Tower, the Sacred Solar Clock, the Royal Quarters, the Temple of the Three Windows and the Cemeteries. The construction of Machu Picchu responded to the need of the Inca State to have a religious, political and administrative centre with a sacred space that was considered the link between the Andes and the Amazon. 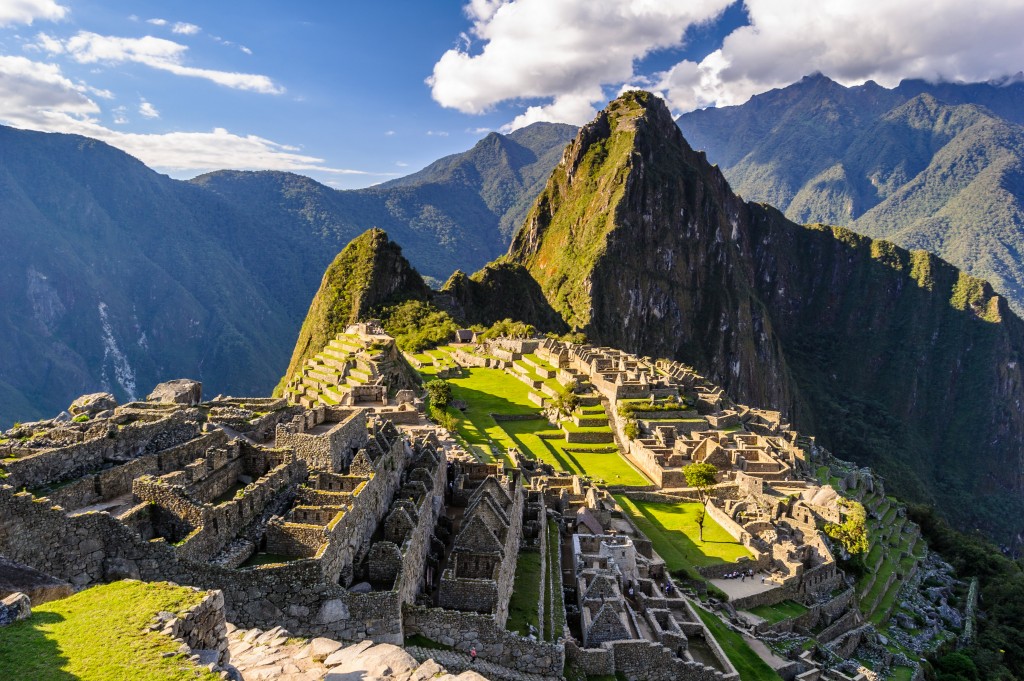 Back in Cusco on Day 15, the 23 rd we were taken on a sightseeing tour through Cusco, the heart of the Inca Empire. We visited the fascinating Qorikancha Temple of the Sun, the 12-Angled Rock, and the Cathedral, built on the ruins of an Inca Palace. From here we headed to the archaeological remains located around the city, including the fortress of Sacsayhuaman, Qenqo the giant rock, the ancient site of Puca Pucara and finally the Water Temple of Tambomachay.

Refugio Amazonas – on Day 16, the 24th. We were met at Puerto Maldonado Airport and transferred by land to a river port and then a two and a half hour boat journey up river to Refugio Amazonas, a charming lodge, well placed immediately adjacent to the Tambopata National Reserve, a 1.3 million hectare conservation area ideal to experience culture and nature in the Amazon.

To most, the heat and humidity with no home comforts of air-conditioning, fans or swimming pool to cool off was a bit hard to take. The rooms had an exposed wall facing the jungle, for that true jungle experience and the sound of the wild at night and bird calls and howling monkeys at day break was truly an experience.

Click here for the last part of Chris’s trip.