British explorer Henry Worsley, aged 55, sadly passed away on the 24th of January in his attempt to become the first man to cross Antarctica solo.

The ex-army officer and veteran polar explorer was only 50km from reaching his goal when he collapsed and made a call for help. He was then airlifted to Punta Arenas, Chile and soon after died of organ failure, his wife Joanna said.

Worsley was attempting to become the first man to cross this awe-inspiring Antarctic continent completely unsupported and unaided. His journey began in October and was set to commemorate 100 years since Ernest Shackleton‘s ill-fated attempt to cross the continent. 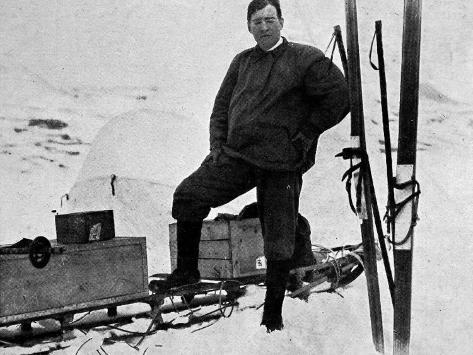 The father of two had raised more than 100,000 pounds ($204,000) for the Endeavor Fund, which supports the recovery of wounded, injured, and sick British servicemen and women. Prince William, a patron of the charity and also a good friend shared a touching tribute to the adventurer.

A message from The Duke of Cambridge following the tragic news about Henry Worsley https://t.co/HRyVWpoLRapic.twitter.com/w9ncGg6r5A

Prior to his solo expedition, Worsley had been training in Greenland and was well aware of the hazardous polar conditions. When asked by National Geographic why he was attempting such a dangerous trip, Worsley replied, “On my previous trips I was always part of a team, and so this time I wanted to have the clarity of making all my own decisions. I’ve always sort of lived by the phrase, “Try something you could fail at. We all do things that we can comfortably achieve, but rarely do we set the high bar one notch above what we think we can clear, and that’s what’s driving me on here.”

Worsley’s courageous efforts make him one of the last great explorers of our time and inspiration for us all.

Want to learn about other inspiring Antarctic explorers, continue reading about Sir Douglas Mawson – The Legacy that inspired a nation.

Want to trail in the wake of great explorers? Check out our Antarctica Cruises.