In the words of Sir Douglas Mawson, “This little island is one of the wonder spots of the world.” And it truly is, with its unique wildlife, history and geology.

Travelling to Macquarie Island is undoubtedly worth the voyage. It’s one the world’s most concentrated areas for wildlife, has been the centre of the worldwide oil industry, is a unique geological marvel and possibly most importantly, it has been a world leader in environmental conservation – twice!

Considering the island is a speck in the ocean, it’s hard to imagine how early sailors managed to find the island at all. Especially considering that their vessels were significantly slower than modern vessels, it would take them weeks or months to reach the island.

Chimu Adventures offers cruises to Macquarie Island and there are cruise options including and excluding Antarctica. 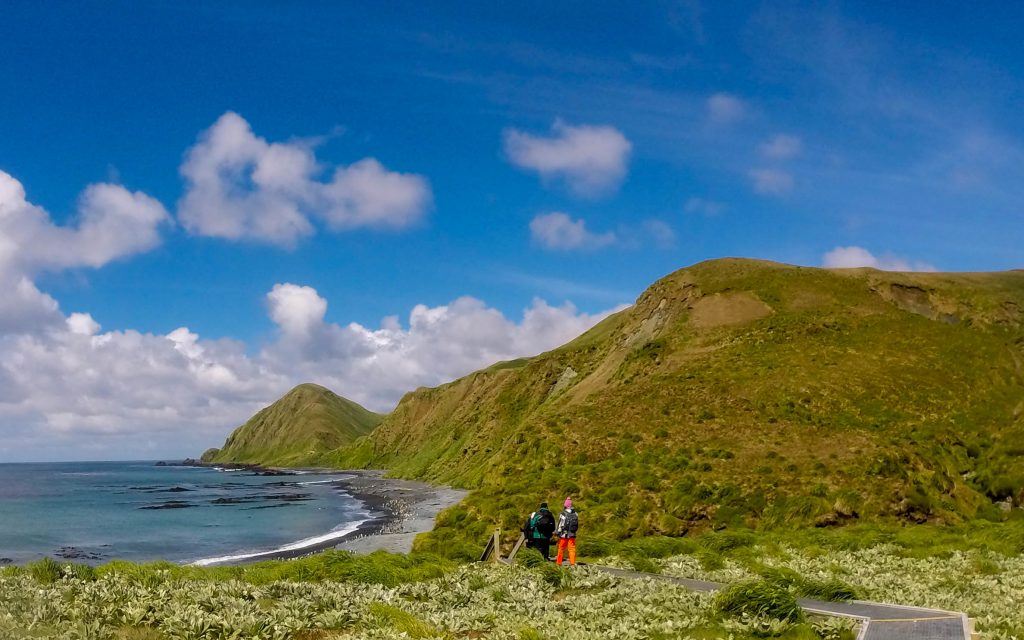 At just thirty four kilometres long and a maximum of five kilometres wide, Macquarie Island is a speck in the ocean. But it’s how this speck came to be there which probably the most unique thing about the entire island. Most Sub-Antarctic islands (or any remote islands for that matter) have been formed but later upon layer of volcanic eruptions, to the point where these volcanic eruptions have created islands. Think of Hawaii or the Galapagos as perfect examples.

Macquarie Island is very different and in fact unique on planet earth. The island was formed when two oceanic plates pushed together with such force that it pushed an island out of the seabed. The analogy of toothpaste being squeezed out of a tube is often used to describe this. And as a result the rocks that make up Macquarie Island are not ancient volcanic lava flows but are the rocks from the sea bed itself. Apart from being very interesting as these hasn’t happened anywhere else on the planet, it’s also extremely useful for scientists as it makes the rocks very easy to inspect and research. Viewing a research meeting oceanic plates is normally problematic purely because they are deep under the sea! 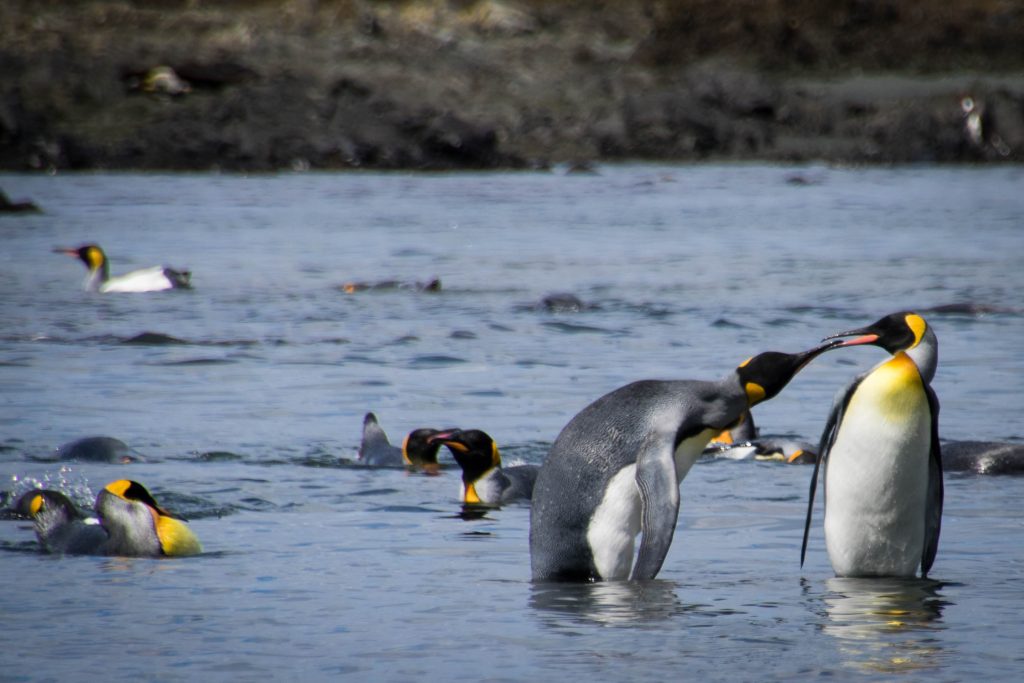 It is a sub-Antarctic island on almost the exactly the same latitude of South Georgia. And like South Georgia, there is abundant wildlife. The beaches and lower cliffs teem with penguins, elephant seals and numerous other animals – particularly bird life.

Not only do the imposing king penguin next on the island, but so do the endemic royal penguins – all three million of their kind live on Macquarie Island. Other smaller penguins like the gentoo and rockhopper penguins also call the island home.

In terms of mammals there are only two – the large elephant seals laze around on almost every beach. The male elephant seals are particularly impressive as they can weight up to 5 tonnes (5-10 times the weight of a female). Fur seals are also present here, although the endemic fur seal was killed of long ago – only New Zealand, Sub-Antarctic and Antarctic fur seals remain today. 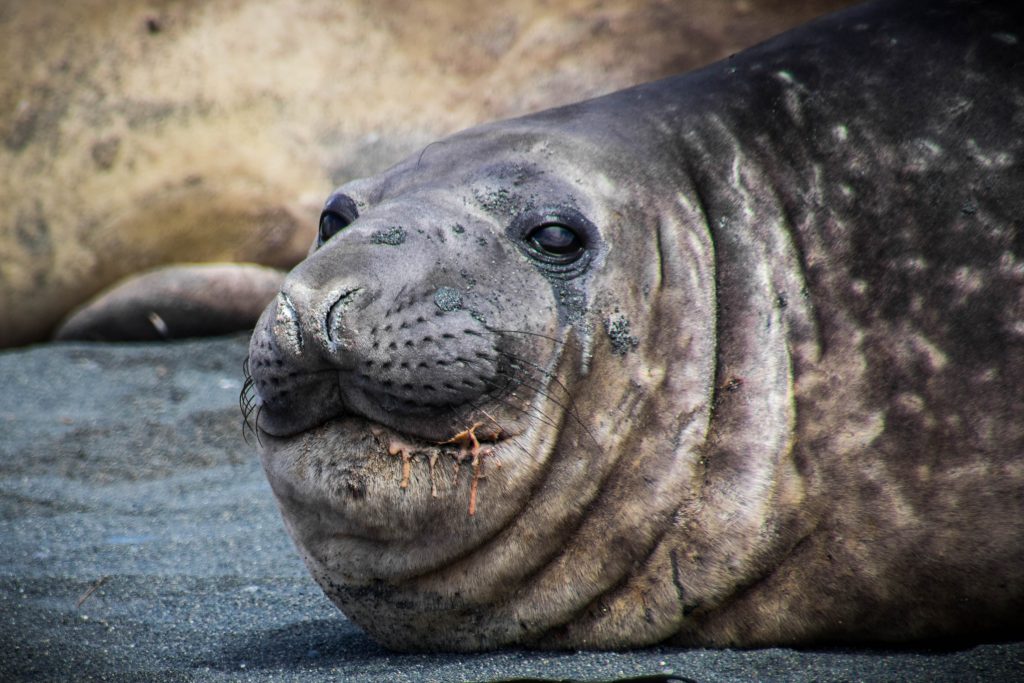 The first person to set ashore on Macquarie Island was sealing captain Frederick Hasselborough who named the island after New South Wales Governor Lachlan Macquarie in 1810. Hasselborough and other sealers then proceed to plunder the island of fur seals and elephant seals and in tragic example of environmental exploitation, the islands estimated 200,000 fur seals were made extinct within 10 years and elephant seal numbers reduced by 70%.

By 1830 the wildlife had been exploited so badly that sealing was no longer sustainable as a commercial activity and the sealers left the island. Elephant seal numbers rebounded but around the turn of the 20th century New Zealand sealer Joseph Hatch started exploiting the wildlife again – and this time not only the seals but also the endemic royal penguins. His enterprise was so efficient that he could render down up to 2000 penguins in a single day. 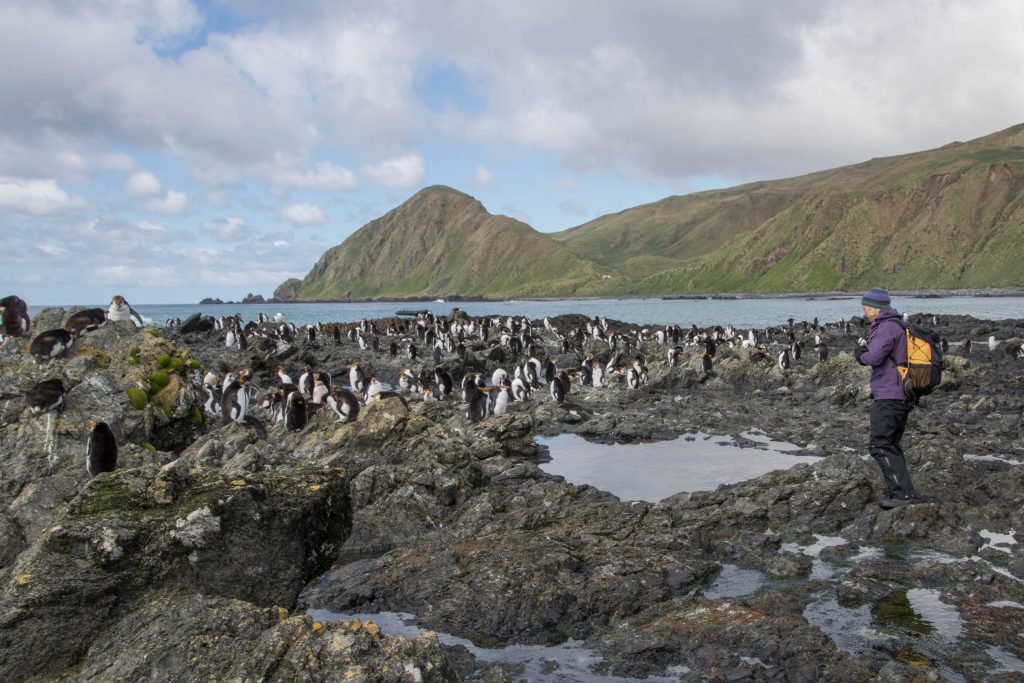 Fortunately for the poor animals on Macquarie Island, help arrived in the form of Douglas Mawson, and probably more importantly Frank Hurley, in 1911. Mawson and Hurley were stopping in Macquarie Island as part of the Australasian Antarctic Expedition.

On seeing the carnage wrecked on the islands wildlife by the sealers they both commented on terrible environmental destruction the sealers were undertaking on the island. As they were on their way to Antarctica for their expedition it wasn’t something they could do anything about until their return back to Australia. Once they did return and with the help of some other environmentalists they put pressure on the government to act to cancel the sealers licenses. The images that Hurley took on Macquarie Island were instrumental in moving public opinion behind the cause and as a result their lobbying is one of the first if not the first example in the world of a public campaign influencing politicians to ban commercial enterprises in the interest of environmental protection.

More recently Macquarie Island has set another world leading example in environmental conservation. The island was populated by cats, rabbits, mice and rats, which were introduced by the sealing ships in the early days of human inhabitancy on the island. These animals were causing widespread problems to the islands native wildlife and particularly the bird life, as they would prey on the eggs of native birds and as a result the populations of many birds had fallen to critical levels.

As a first step it was identified that the cats would be the easiest animal to eliminate first. This was achieved relatively quickly and cheaply but unfortunately the unintended consequence of eliminating the cats was a booming rabbit population – now devoid of any predators. The rabbits became so numbersome that their burrows were everywhere and were starting to cause major erosion around the island.

Over three years a multi-staged eradication plan was implemented and finally in 2013 the island was declared rat, mice and rabbit free. By 2013, animal populations were rebounding strongly and plant life was thriving again too. The programme has been seen as a great success and is now being used as a model for other sub-Antarctica islands that have similar pest problems – such as South Georgia and the Falkland Islands.

For the record, the first sub-Antarctic eradication programme was actually on New Zealand’s Campbell Island, although this was on a smaller scale and for one species, unlike three species on Macquarie Island. 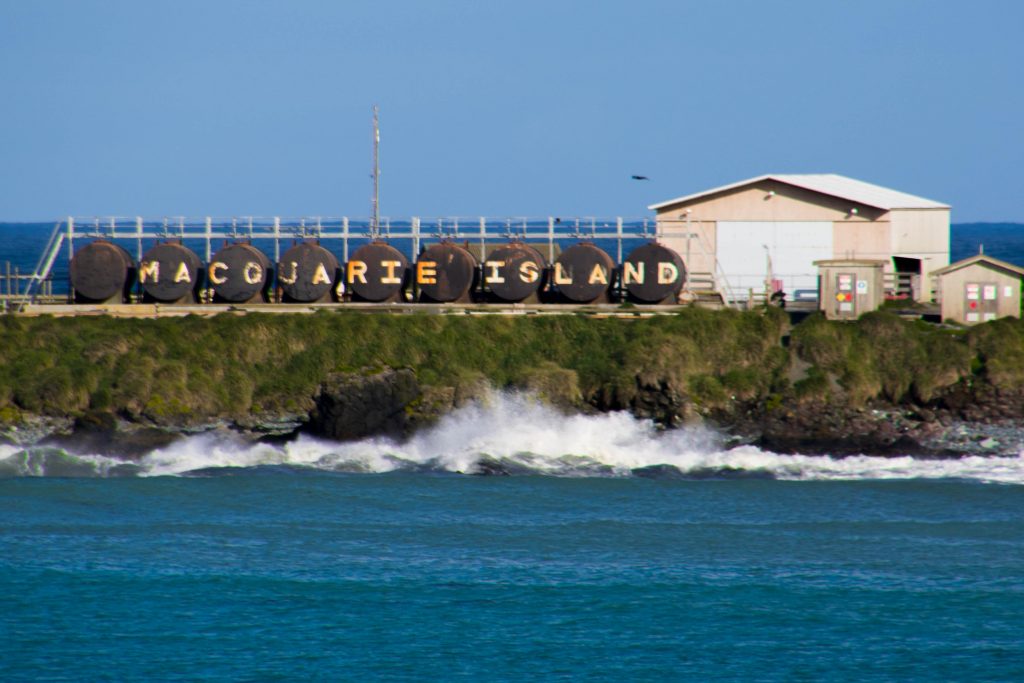 Mawson’s 1911 Australasia Antarctica Expedition aboard the Aurora wasn’t the first scientific party to reach Macquarie Island and in fact Macquarie Island was only a staging point for Mawson as his real aim was scientific exploration of the Antarctic continent. He still carried out important scientific research on the island though and he also placed a manned radio tower atop of Wireless Hill which would be a crucial wireless relay station between his Antarctica base and the Australian Mainland (to the wireless institute in Hobart’s Queen’s Domain.

Prior to Mawson, the Russian captain Thedeus von Bellingshausen took scientific samples from the island, as did the British explorers Scott and Shackleton.

Even today the island plays an important role. It’s an important baseline station for the World Metrological Organisation. Many other scientific studies are still undertaken there too – many of them connected to the measurement of climate change. Other fields include studies of the local flora and fauna, tectonic plate studies and upper atmosphere physics.

Macquarie Island –  explore this wonder spot of the world alongside other incredible wildlife destinations on a Sub-Antarctic cruise of a lifetime.