In September this year, I found myself once again visiting Buenos Aires. I don’t know why I like this city so much. Maybe it’s because it’s a bit similar to a European city so I don’t get the same culture shock as one normally does when in the completely different setting of a new city, overwhelmed by its dissimilarities.Maybe because I like its vibrancy with its many different areas. Maybe because every time I visit I explore something new and yet see something familiar. I love the food, the people, the colours, the boutique shops and hotels and the city’s history. But it is not only Buenos Aires I love or more specifically Argentina (which I have visited much more often than other countries on this continent) but I just love everything Latin – again the music, the food, the people, the language, the cultures, the landscape and knowing I have my photos afterwards.

Latin America excites me and I am sorry for neglecting the rest of the world, but there is always this pull to go back to the South American continent, and people who have been there probably know what I mean. 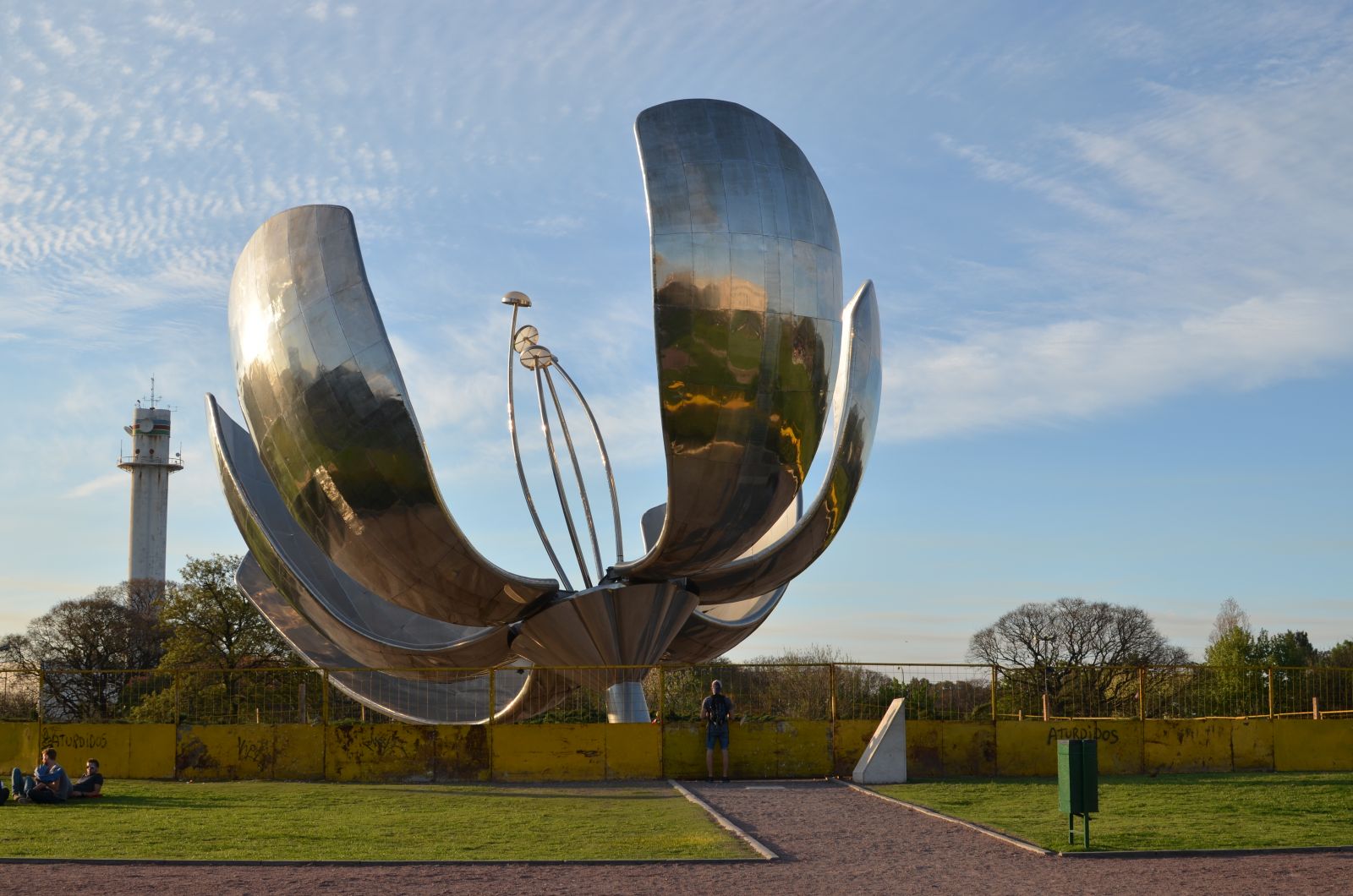 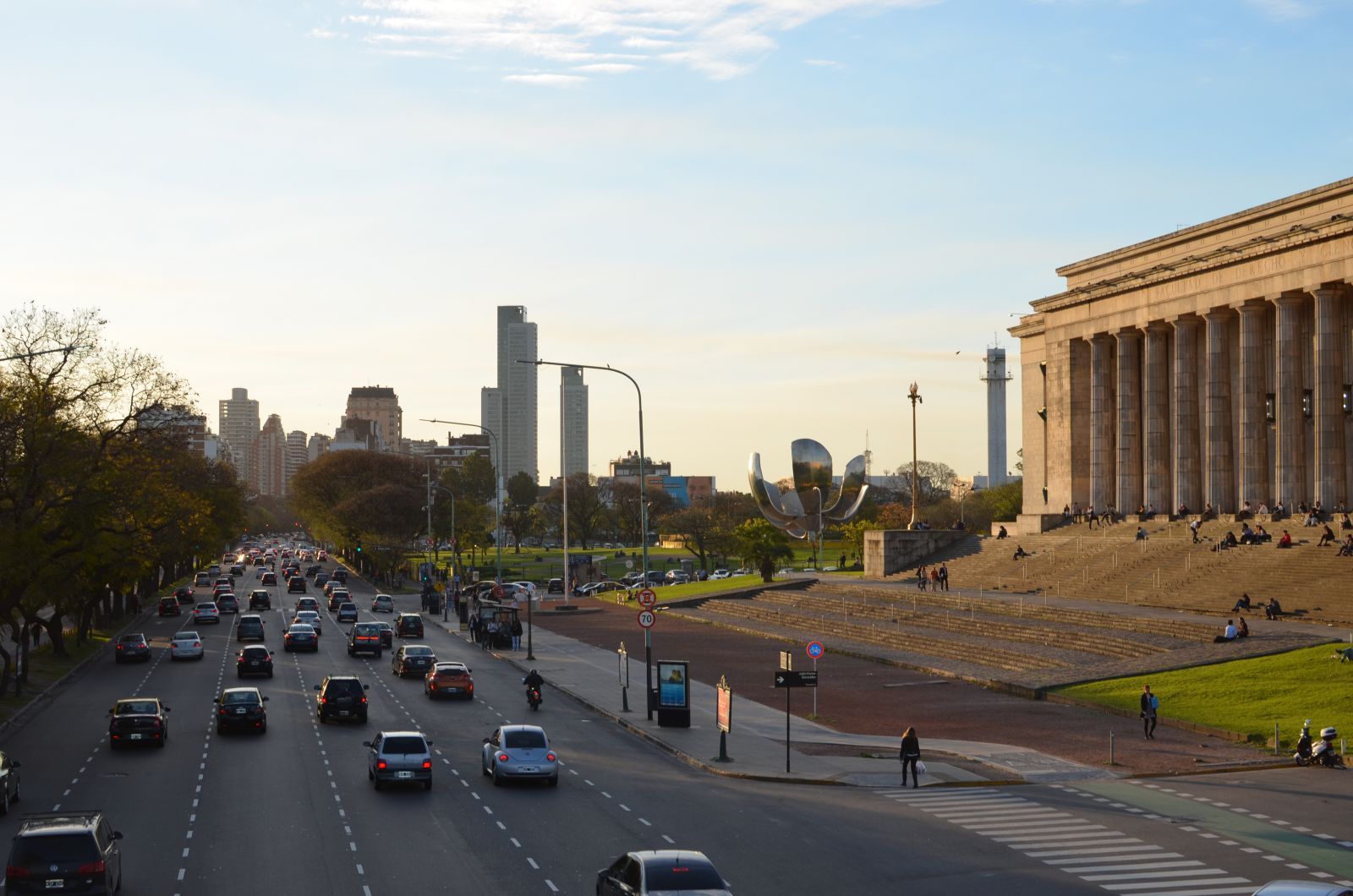 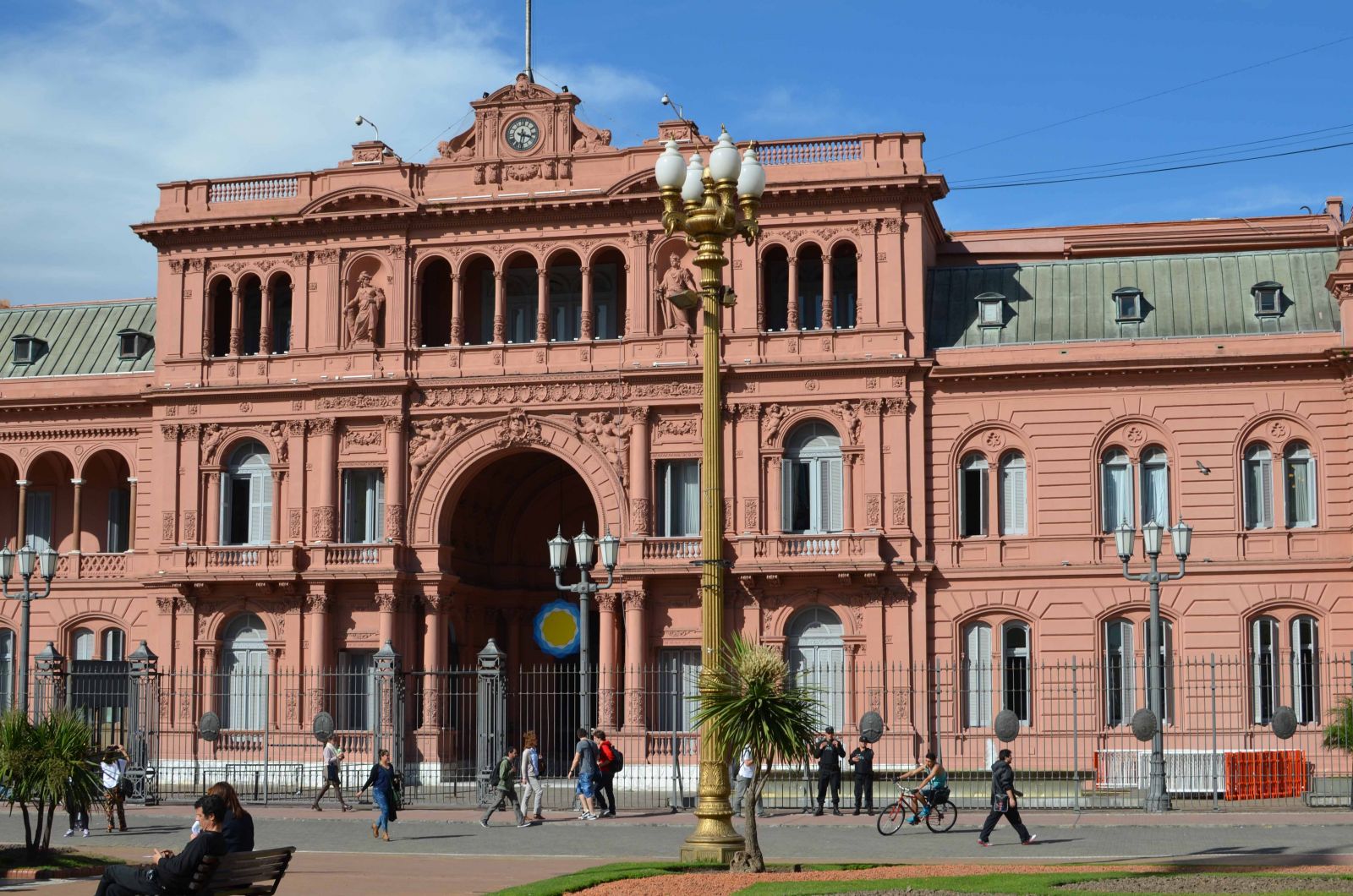 So Buenos Aires is a good city to start your South American Adventure. Its very easy to visit each neighborhood in just a couple of days, such as Recoleta with its famous cemetery, La Boca with its vibrant colors and Puerto Madero with its modern new port and restaurants. But my favorite is the area of Palermo with its boutique shops, hotels and restaurants by day and at night with its tango shows or a Milonga – where I impressed myself by dancing a little tango! 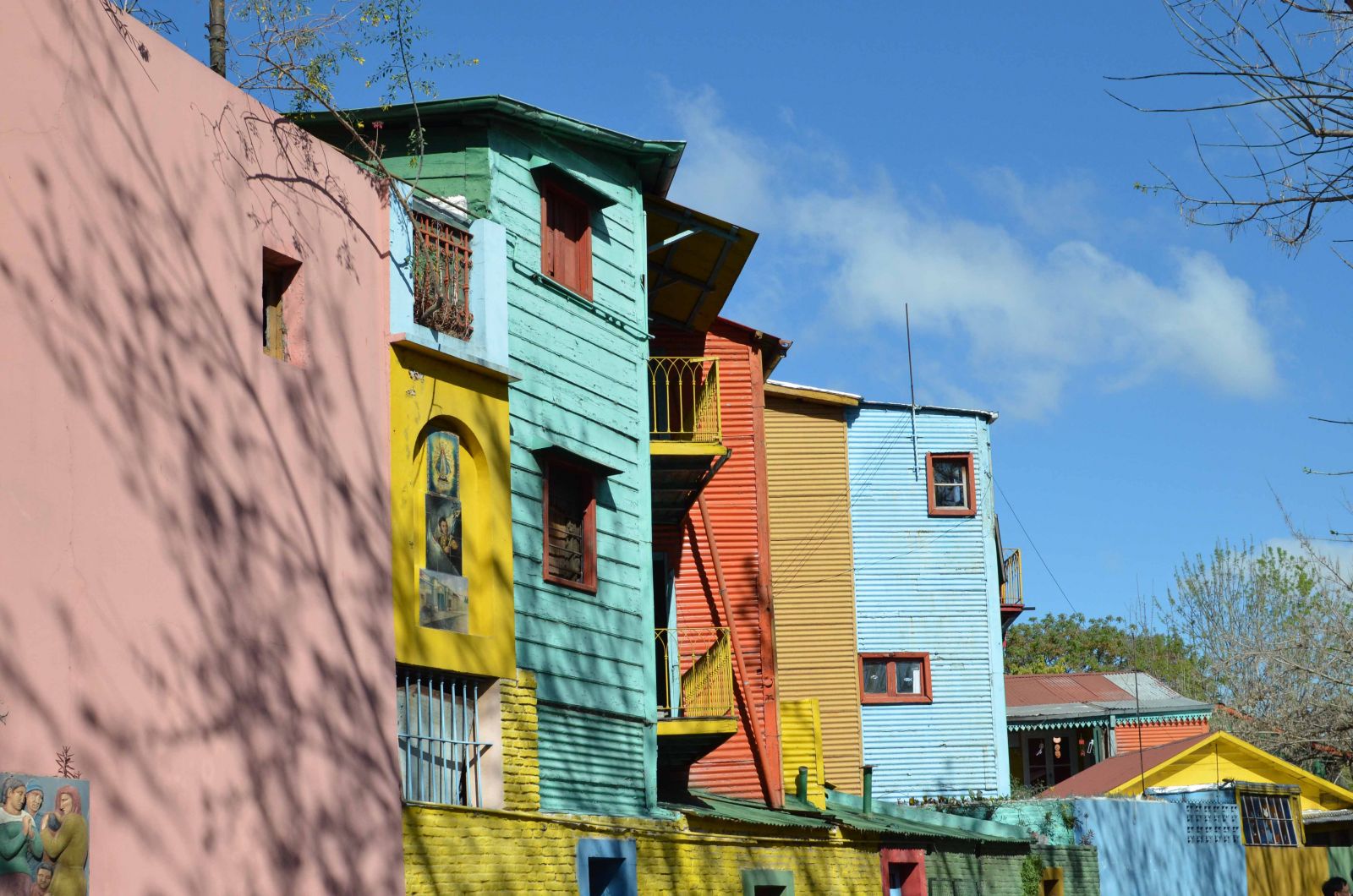 Having visited all of these neighborhoods, and finding myself still with some days left, I spent one day at the famous San Telmo Market in the oldest part of Buenos Aires, where you can find some fine antiques, and then a day and a night at an Estancia, where I went horse riding, got to know the Gauchos and of course ate the world’s best steak at an Asado – an Argentinean Barbecue. 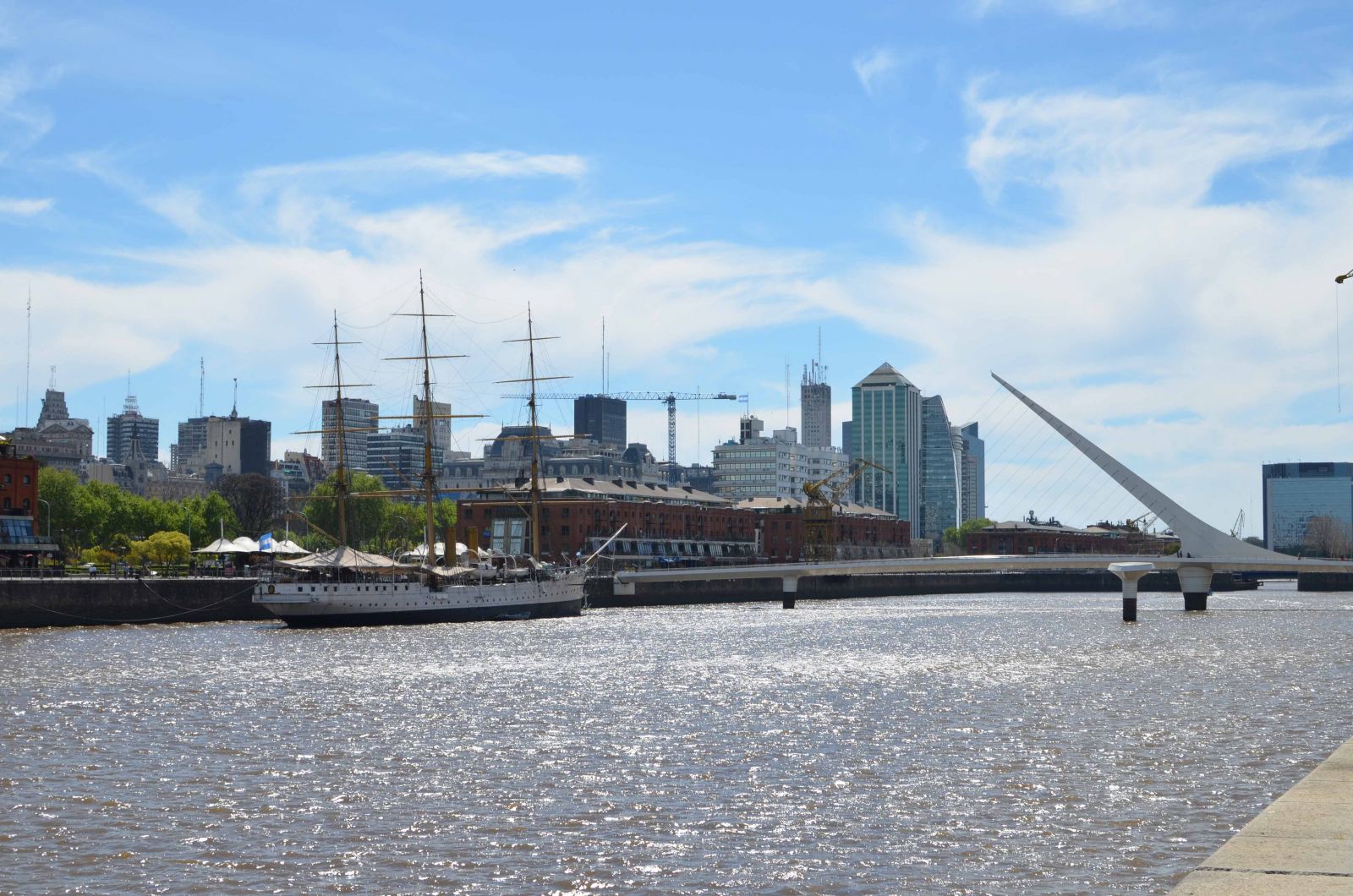 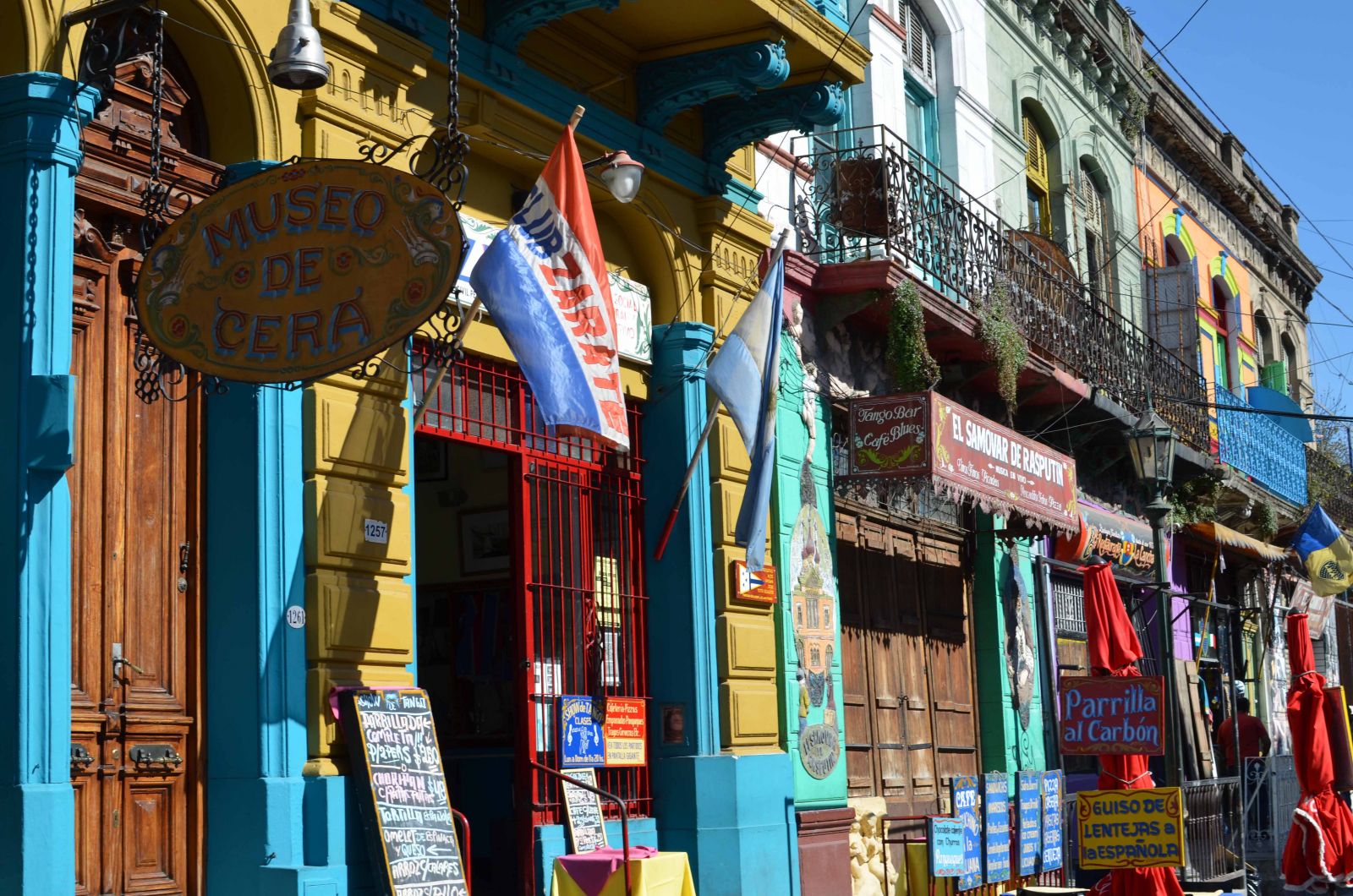 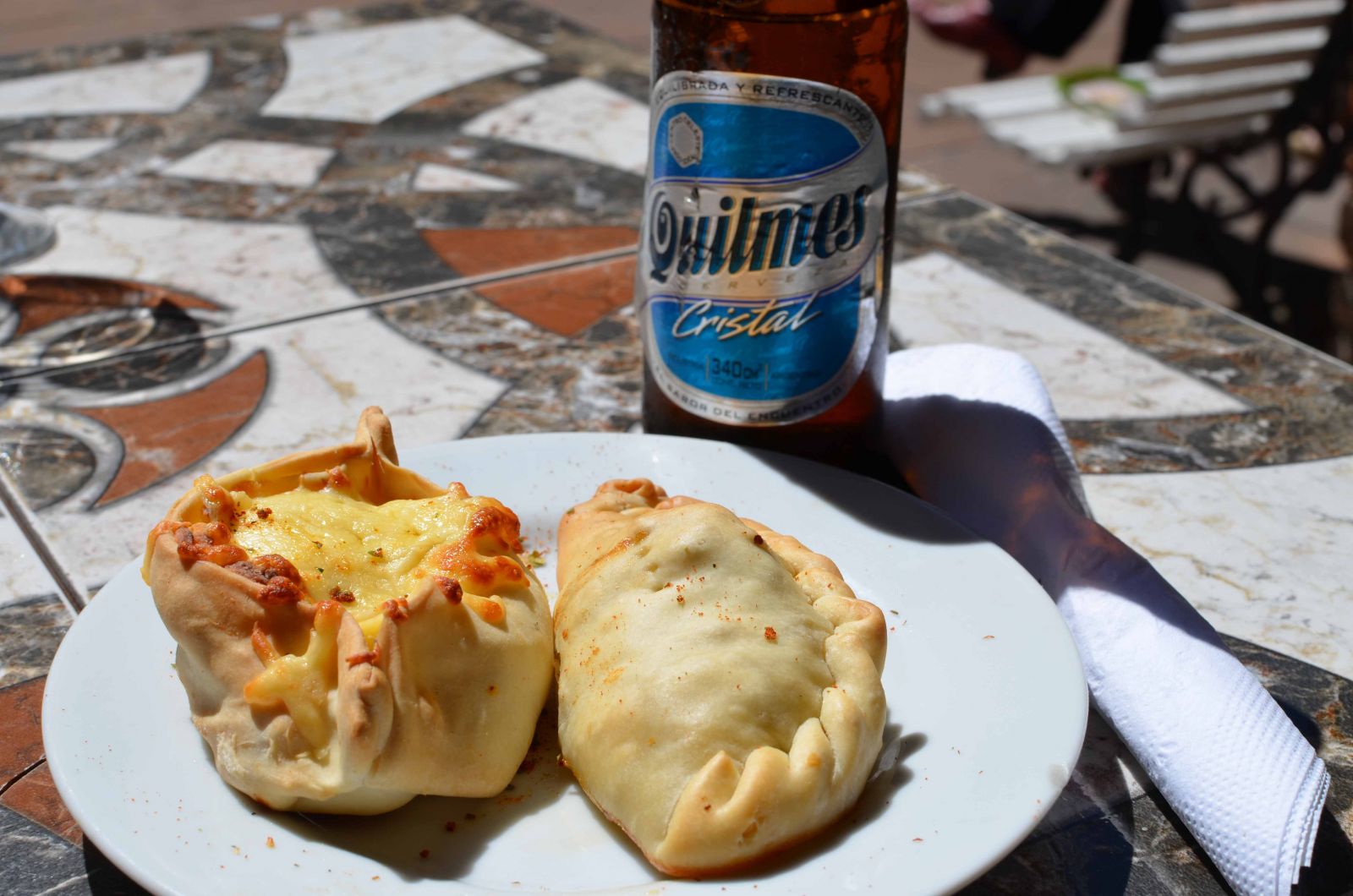 I also dedicated a day to going over to Uruguay, to one of the first colonial towns in South America called Colonia. The ferry ride only took an hour from Buenos Aires and on arrival in Colonia, I was struck by how it felt so much more relaxing and historical than I expected and I was very surprised by its beauty and calmness and definitely would recommend everyone to go and explore it for a day out of the city!

Having done all of this, it was now time for me to explore a different part of the country, a part I hadn’t been to before – the north of Argentina, more specifically the area of Salta. Just under 3 hours flight time from Buenos Aires, this part of Argentina looks completely different to the rest of it and reminded me a bit of a Western film and the Gran Canyon area of the USA. For the four nights I was there, I stayed in Fincas and Boutique hotels to get as much of a feel of the area as possible and it was just lovely! 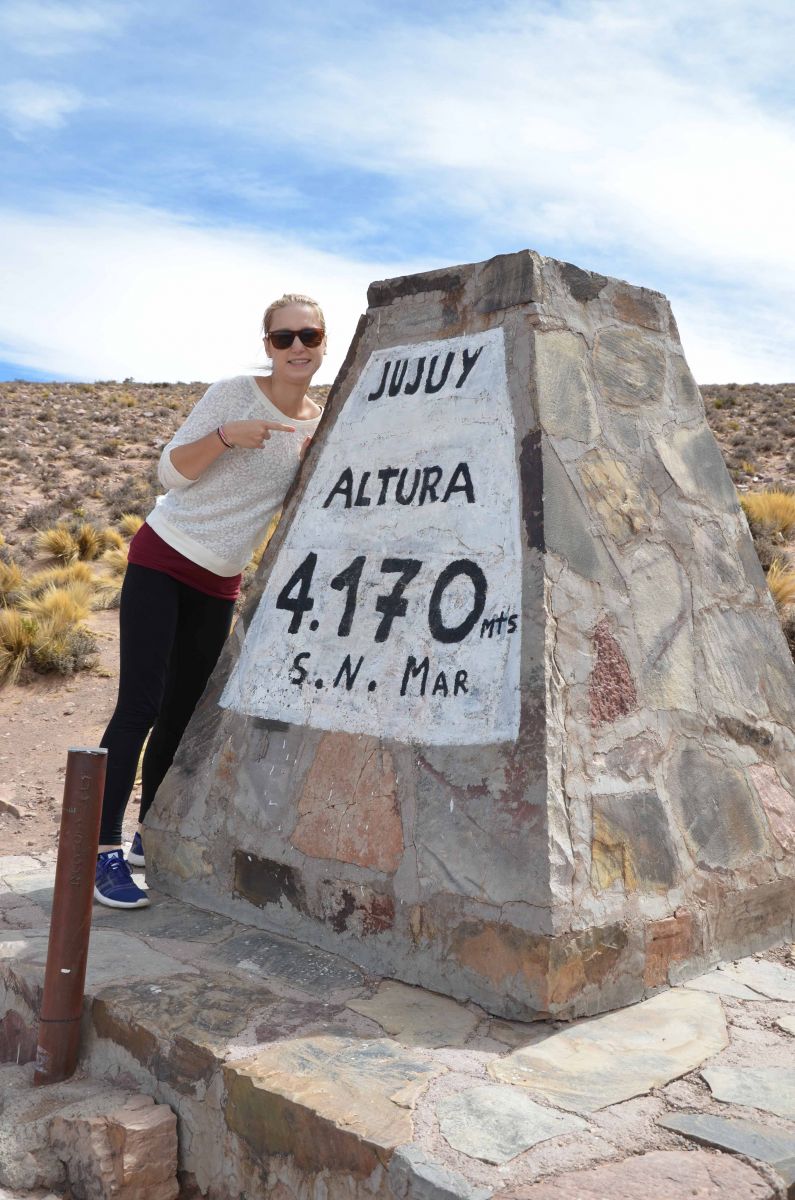 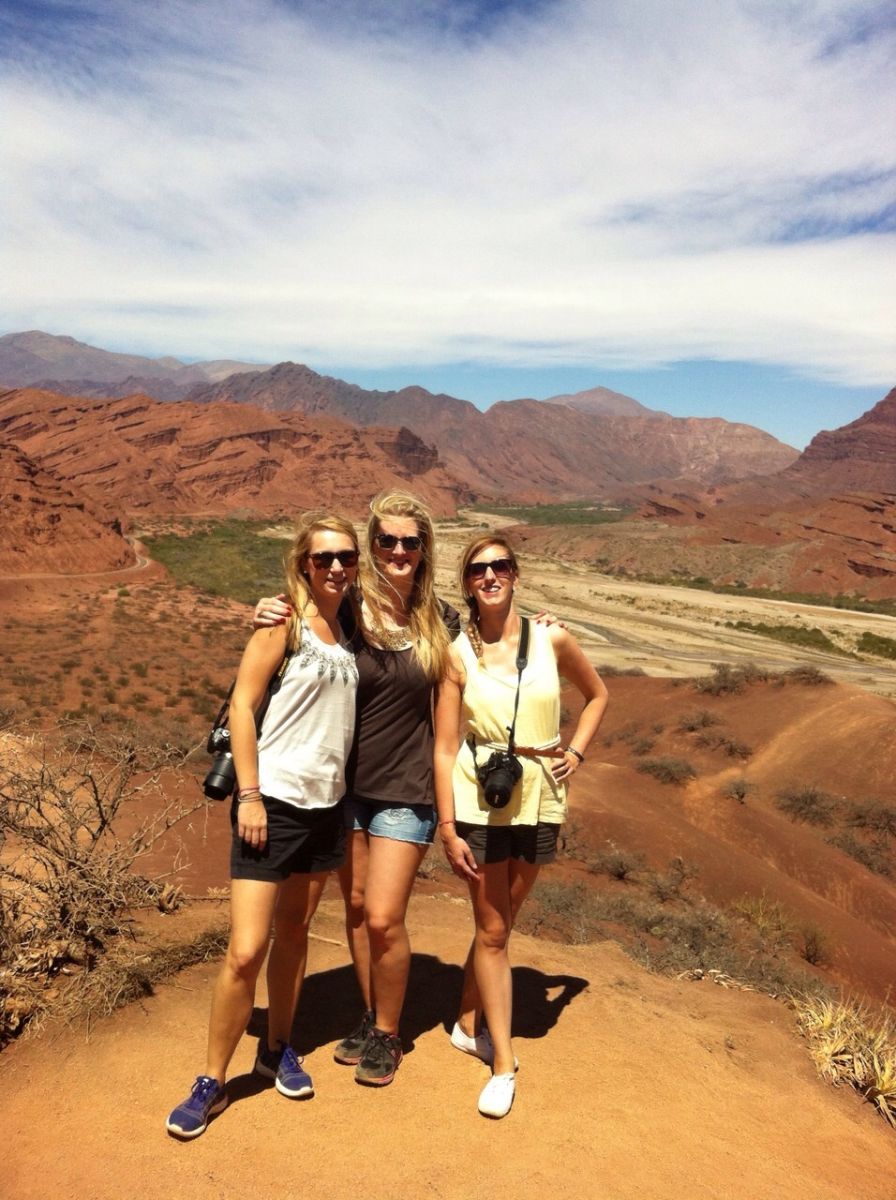 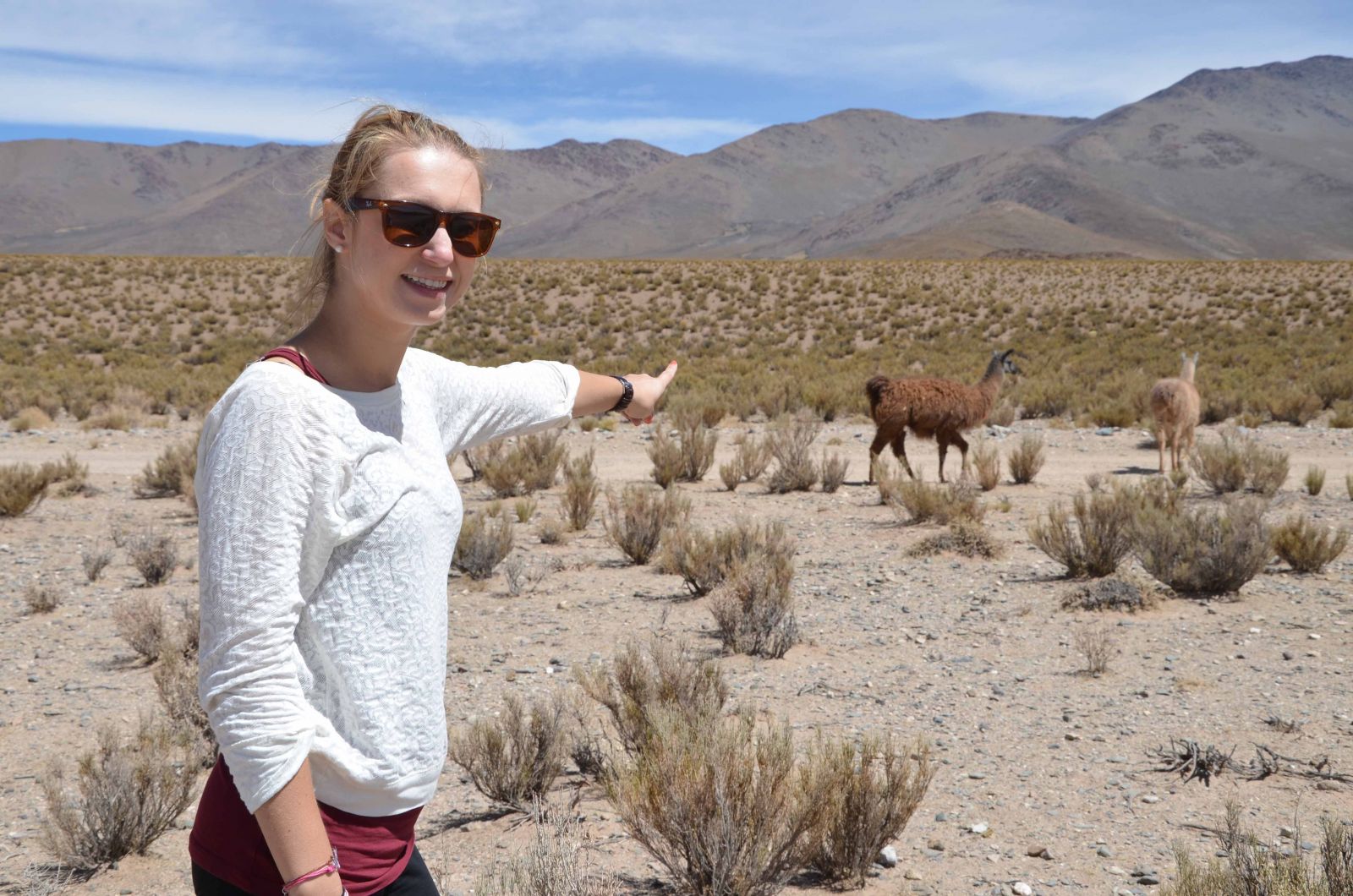 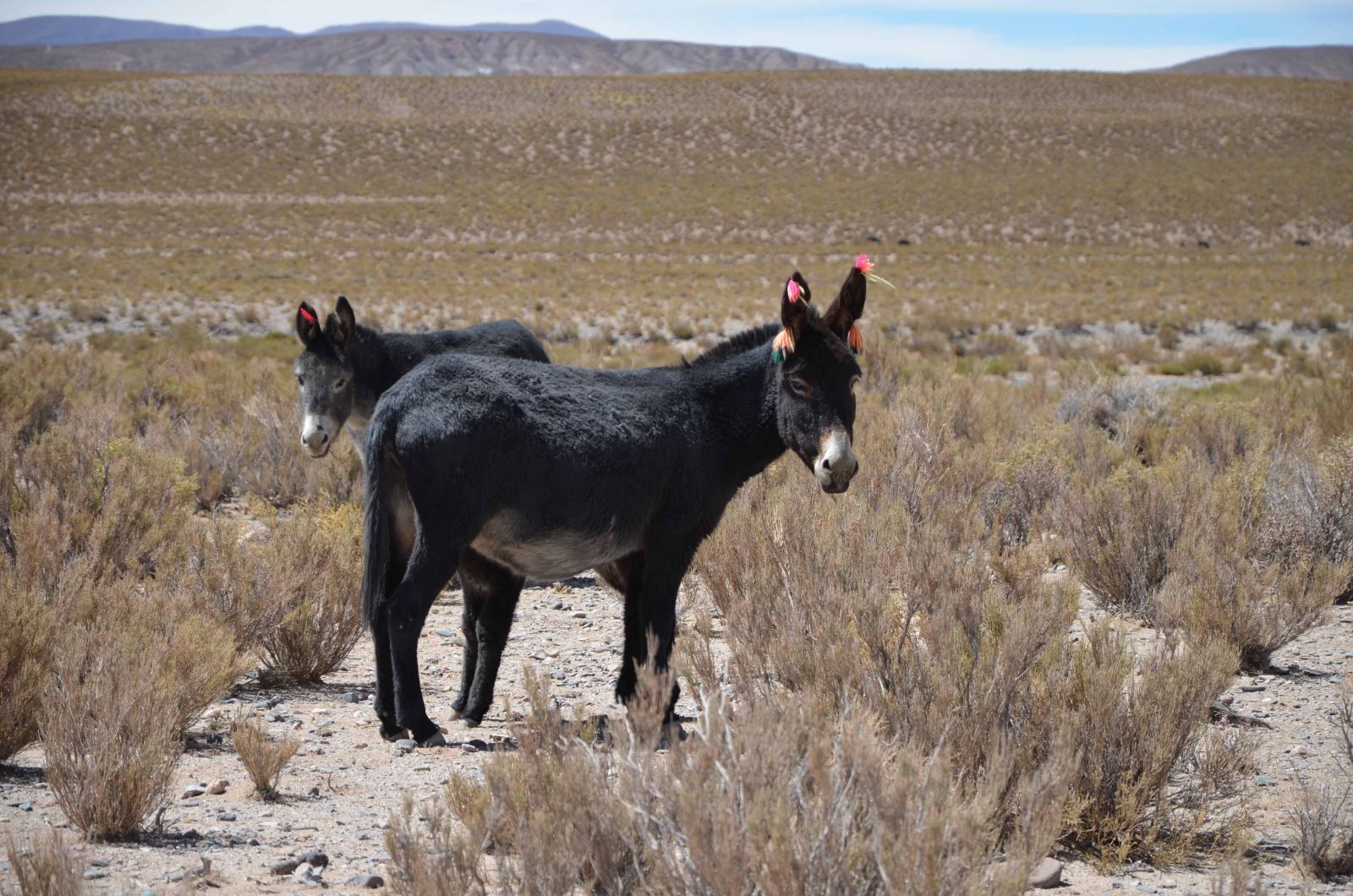 We arrived into Salta in the evening and were welcomed by one of the most stunning sunsets I have seen so far. From the airport my friends and I were picked up and driven to the beautiful Finca Valentina in the Salta countryside, where we would spend the first night. We got to meet Valentina, the owner herself, and had our delicious three-course meal in this very stunning and secluded setting.

In the morning we were picked up by our guide in a 4 x 4 that we would use for the next four days. The tours by 4 x 4s are something new we are using now for the north of Argentina and there couldn’t be a better way of getting to know the stunning landscape around Salta. Better than a minibus, this is much more personal, but not yet as expensive as a normal private vehicle – a happy medium! One of the first things I noticed as we set off was that there were quite a lot of indigenous people in this part of the country. We thought they might be Bolivians but as explained by our guide Raul, they were actually the indigenous people from that whole region, who when the Spaniards arrived were all split up and borders drawn. Now you can find those indigenous people in Bolivia, Peru and the north of Argentina but all nowadays have their own distinctive little culture.

On the first day, we drove towards Cachi and Molinos, two small lovely towns and then further down the famous Ruta 40 to Cafayate. On the way you go from valley to valley, and all the time through very distinctive and changing natural landscapes. Its just amazing how quickly the terrain can change and how amazingly different in can look from one part to another – some parts were desert-like with cactuses and some parts red and orange with the most incredible formations like the Quebrada de las Flechas or the Quebrada de las Conchas on the way back to Salta on the Ruta 52. That night we spent in Cafayate, and was one of the highlights since this small town has many wineries which you can visit and have a guided walk around and taste the wine. You can even taste wine ice cream made out of real wine – just ask your guide where and he will know the only place in the world probably you can taste something like that! Another highlight is definitely enjoying the afternoon sun at your hotel’s swimming pool among the vineyards with mountains and llamas in the background! The next two days we drove to the northern part of the Salta region, on the edge of the area of Jujuy. And again the landscape was completely different to the one in the south with many more natural formations to see, especially the different mineral colours in layers of rock everywhere around us and the salt lakes we visited. The area is so rich in flora and fauna. One of my favourite things though, since I am obsessed with seeing animals, was seeing llamas, guanacos, donkeys and sheep crossing the road in front of us constantly. The night we spent in Purmamarca was amazing as its a little town where everything is made of adobe and was all very interesting and different again to what we had seen before. That night for dinner, in the best restaurant in town called ‘El Churqui de Altura’ I even tried llama meat!

Our last night was spent at the Design Suites back in Salta, where we enjoyed some time in its stunning rooftop pool with delicious local Champagne and a massage, because luckily for us everything in Argentina is much more economically priced. Salta is the best-preserved colonial city in Argentina, and like almost all colonial cities the market square with its main church and town hall is so pretty and because of its colonial architecture, I really liked Salta.

Our guide was perfect, we could ask him about anything and for as many photo stops as we wanted, and after our tour we were not only richer in what we had seen but also what we had heard and learnt about from him.

Those 5 days definitely felt much longer because of all those different things we took it and this is what you want on your holiday right! Thanks again to Raul and our local office in Buenos Aires where you can be sure to be in save hands! Everything again ran smoothly and was perfectly put together as always!