It was two days before our Antarctica Cruise was to set sail and I started packing at home in preparation for my flight from Australia to Buenos Aires and onto Ushuaia. The phone rang and before I knew it I was hearing the sort of news that any passenger would dread at this point – there were some fuel resupply issues with our ship in Ushuaia and we were going to have to change the itinerary as a result. 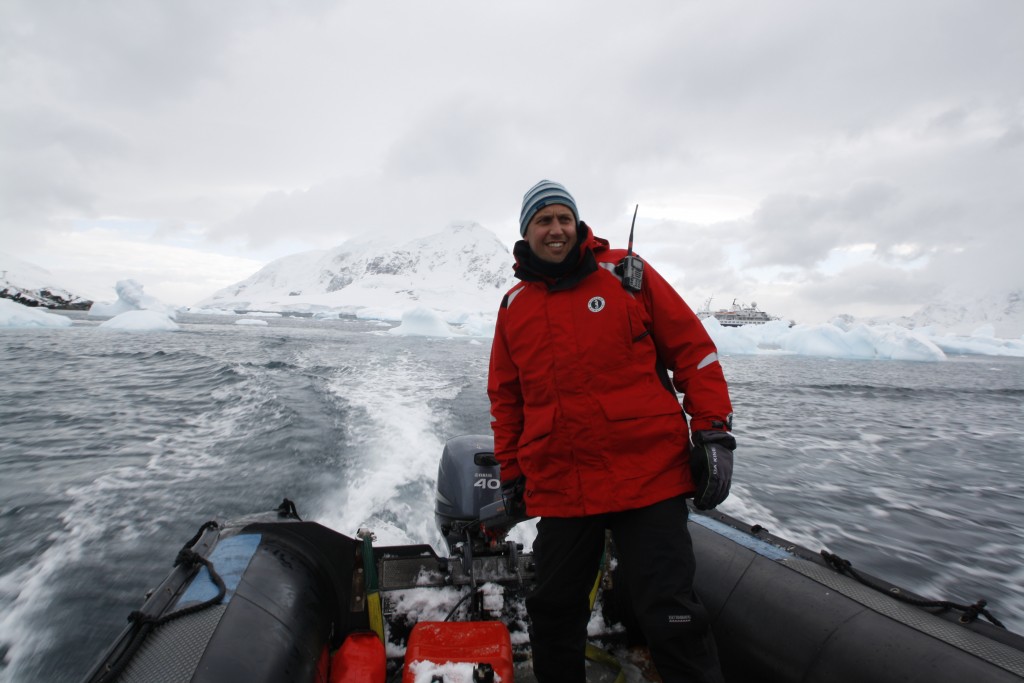 As I was leading the charter full of Chimu Adventures’ clients on the cruise I instantly worried what everyone’s reaction would be and along with other team members we went about finding a solution to our predicament that could be turned into a positive. In the end, we found such a solution – the cruise was meant to only travel to South Georgia the Antarctic Peninsula, but with a slight diversion en route to South Georgia we would end up in the Falklands, which had the necessary fuel and even better would be bonus stop on the itinerary. Best of all, by changing the sailing schedule and doing slightly longer days we wouldn’t miss out on anything in South Georgia or Antarctica either!

Two days later I was welcoming our clients onto the ship in Ushuaia. Everyone was excited as you would expect. The adventure was about to begin and once the ship pushed back from the pier we would be heading south – further south than most humans had ever been. 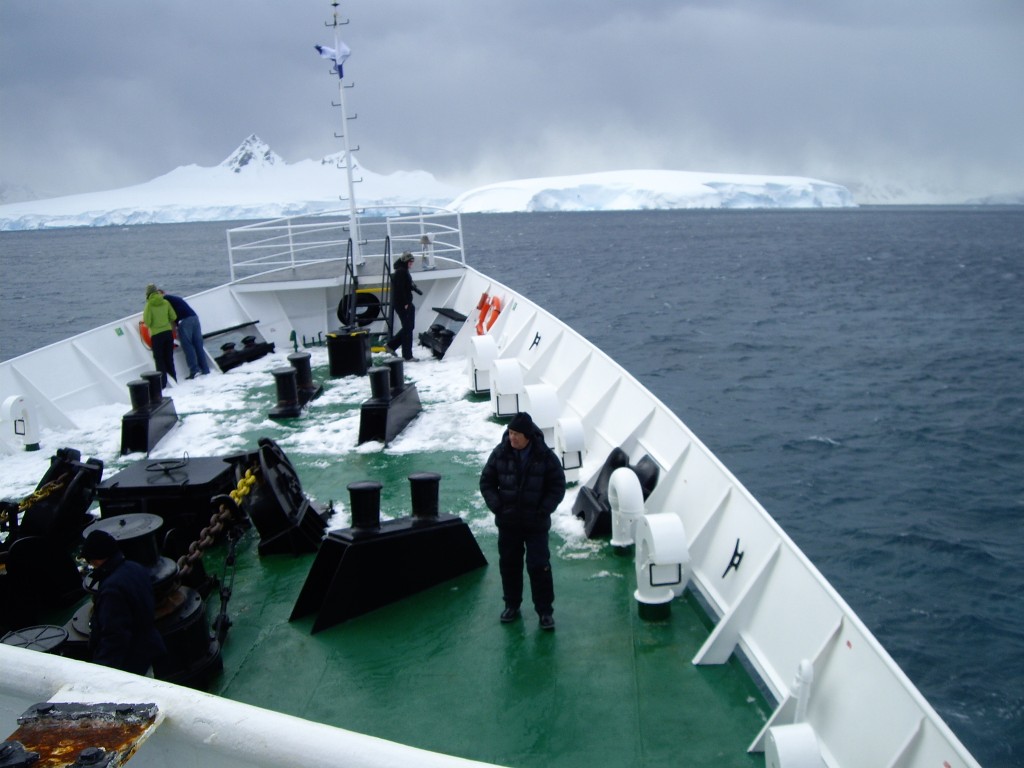 Once everyone was accounted for and settled we called everyone to the main lounge for a welcome drink and to break the news about the change of itinerary. To my relief, almost everybody was not only accepting of the change but they saw it as a fantastic opportunity. In the end, it was a perfect result – we’d solved a major logistical problem and still managed to keep all of our clients happy.
And the trip only got better from there. We had a relatively calm sailing out to the Falklands where everyone had the chance for a quick exploration of Port Stanley – a little oasis of Englishness just off the coast of Latin America. 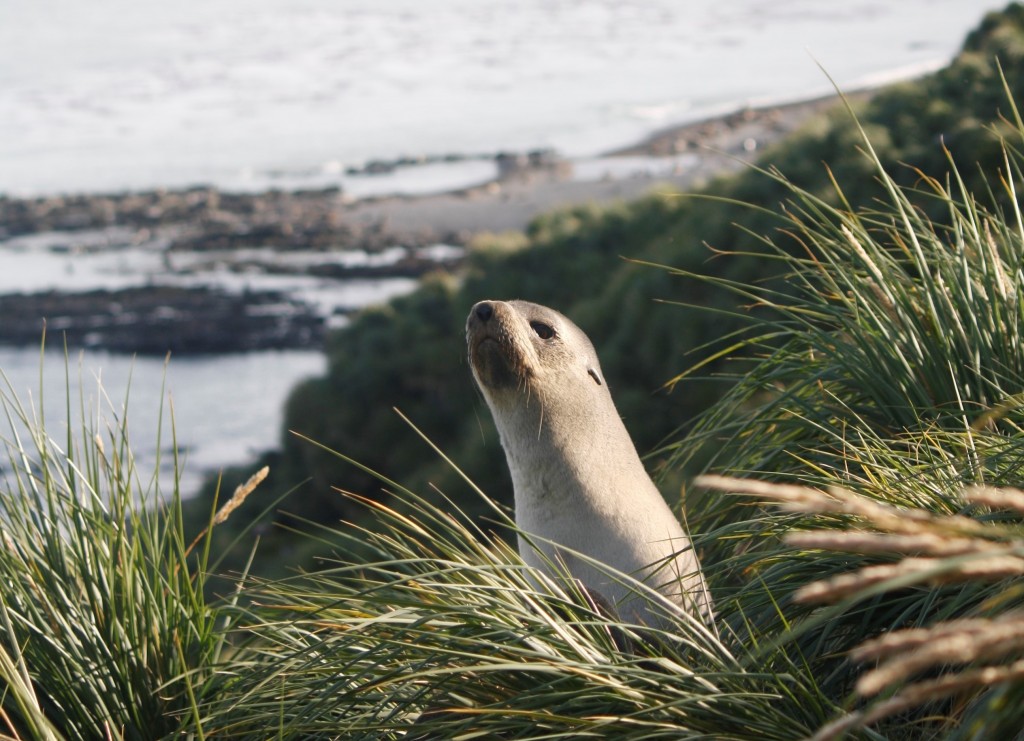 From the Falklands, we continued on to South Georgia, where the seals, King Penguins and Macaroni Penguins were prolific. So prolific that on some beaches it was nearly impossible to come ashore without coming across one or two of these species.

The highlight for me was Saint Andrews bay – where there was a penguin colony of over 200,000. Climbing a hill behind the colony, I came over the crest to be greeted by an almost endless sea of prepubescent teenager sized King Penguins. The noise and spectacle was truly breathtaking. 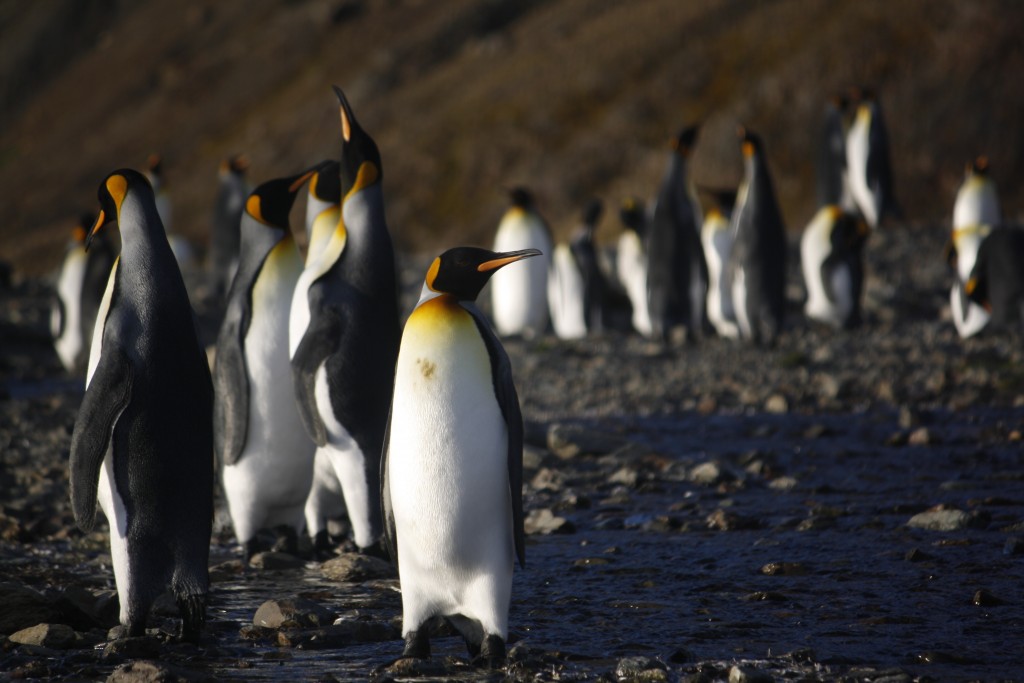 Onwards to Antarctica and the weather continued to be pleasant. As we passed the South Shetland Islands, gigantic tabular icebergs came into view. These icebergs grew in number until we reached Antarctica itself. Antarctica didn’t have as much wildlife as South Georgia but the icebergs and landscapes were otherworldly. After a few more remarkable days on the continent itself we finally returned back to Ushuaia – richer for the experience and having made fantastic new friendships along the way.