OK, you have read the title. Nazis in Antarctica? These Chimu guys must be completely bonkers!

Maybe we are, maybe we want to let you know a little bit more about the myriad of stories of a few remnants of the German Nazi regime living, quite literally at the bottom of the world. We aren’t telling you that you will bump into a U boat on your next Antarctic cruise, but we thought we would share a pretty crazy story with you.

So what is the truth to this? A few books have been written (some very vague fact and some very interesting fiction) on the topic. 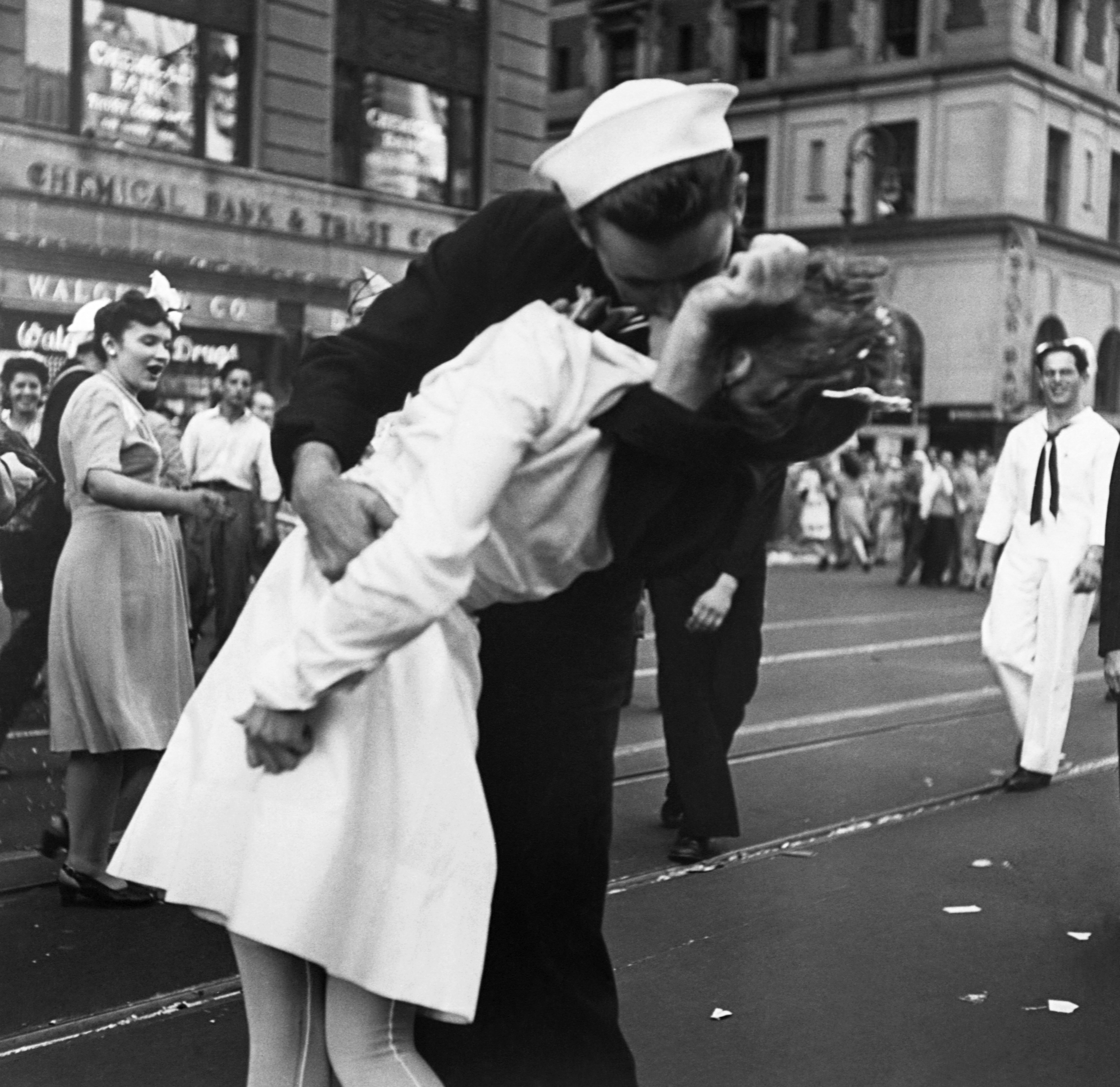 The end of World War II in Europe

At the end of World War II in Europe, many high ranking members of the Nazi party were looking to move as far away from Germany as possible. As a result many Nazi’s were smuggled out of Germany via friendly and neutral nations such Spain, Switzerland, Sweden and even the Vatican. Many Nazi’s ended up in existing German colonies in South America including Brazil, Ecuador, Peru and most notoriously, by the Peron military government in Argentina. In fact, many older Argentineans swear blind that in 1945 the reserve bank of Argentina was so full of gold and looted items from Europe that much of it was kept in the street outside the bank and guarded 24/7 until it could be moved to a safer location. But where did it come from? And where was it going?. It is a fact that many high profile Nazis including Klement , Eichmann and many others were found hiding in Argentina and subsequently arrested over various years and send back to Europe for war crimes. 9,000 Nazis are thought to have escaped to South America. It is also a fact that records have been found regarding the movement of high profile Nazi’s and protection from “friendly” governments of the aforementioned countries. But where did this money outside the bank go to what was it was supporting?

This brings us to the “Antarctic” theory. About midway through the war, with Hitler sensing a defeat could be on the horizon he ordered for the construction of a fleet of extra-large U boats (or Type XXI and Type XXIII) , build to carry a large payload for a larger distance. Some of these U boats were discovered by the advancing Allies in later years however, quite a few are unaccounted for.

The Nazis did have a history in the Antarctic. From the early 1930’s expeditions were sent south from Germany on “Research” missions including the famous 1938 Expedition. New technologies were tested on the icy continent and quite a lot of medical research also by all accounts.  Hitler was very interested in “New Swabia” (Antarctica) was rumoured to see it as home to a potential Nazi capital one day! In fact, it is rumoured apparently 250,000 Germans were unaccounted for after the war, even allowing for casualties etc. So who knows where they were sent…

The theory is that at the end of the war these U boats were quite literally sent south. Carrying everything from riches looted as the spoils of the early war gains, as well as seized goods from the Jews of occupied Europe. These riches were held by friendly governments and remains of some of Hitler’s most prized military technology headed further South to Antarctica.. Where bases below the ice would ensure that these secrets remained secrets until the point when the Third Reich could perhaps rise again from the ashes. Some of this technology was incredibly advanced for it’s time – giving some people the idea that Hitler must have got his technology from somewhere else – outer space? Pretty whacky, but did you ever see the flying saucer the Nazi’s tried to build –and subject to who you believe actually flew? Wikipedia has a bit to say about Nazi UFO’s.

But where is the evidence? – Don’t get me wrong, I am a doubter too! But the new super power – the United States actually got wind of a few of these rumours and in 1947 sent south under the command of Admiral Byrd on “Operation Highjump”. The question coming up should be why on earth would the world’s largest superpower send 3 Naval battlegroups plus support ships on a pretty risky pleasure cruise amongst the icebergs on a bunch of warships not really made for the conditions to put up with the nasty weather at the very bottom of the world when the war was well and truly over? What happened to this fleet? It was sent with the utmost secrecy also – If it was merely a pleasure cruise why was nobody told? If it was a bit of naval posturing, surely the press of the world would have been all over it?

In late 1947, only months after the famous Roswell Incident, the Secretary of the US Navy James Forrestal sent a naval task force to Antarctic including Admiral Nimitz, Admiral Nimitz,  and Admiral Byrd, called “Operation Highjump”. It was touted to be an expedition to find “coal deposits” and other valuable resources. The the facts indicate otherwise… they were apparently trying to locate an immense underground base constructed by the Germans, prior to,  during and immediately after the Second World War. Some theories have it that it was done with the help of Aliens! 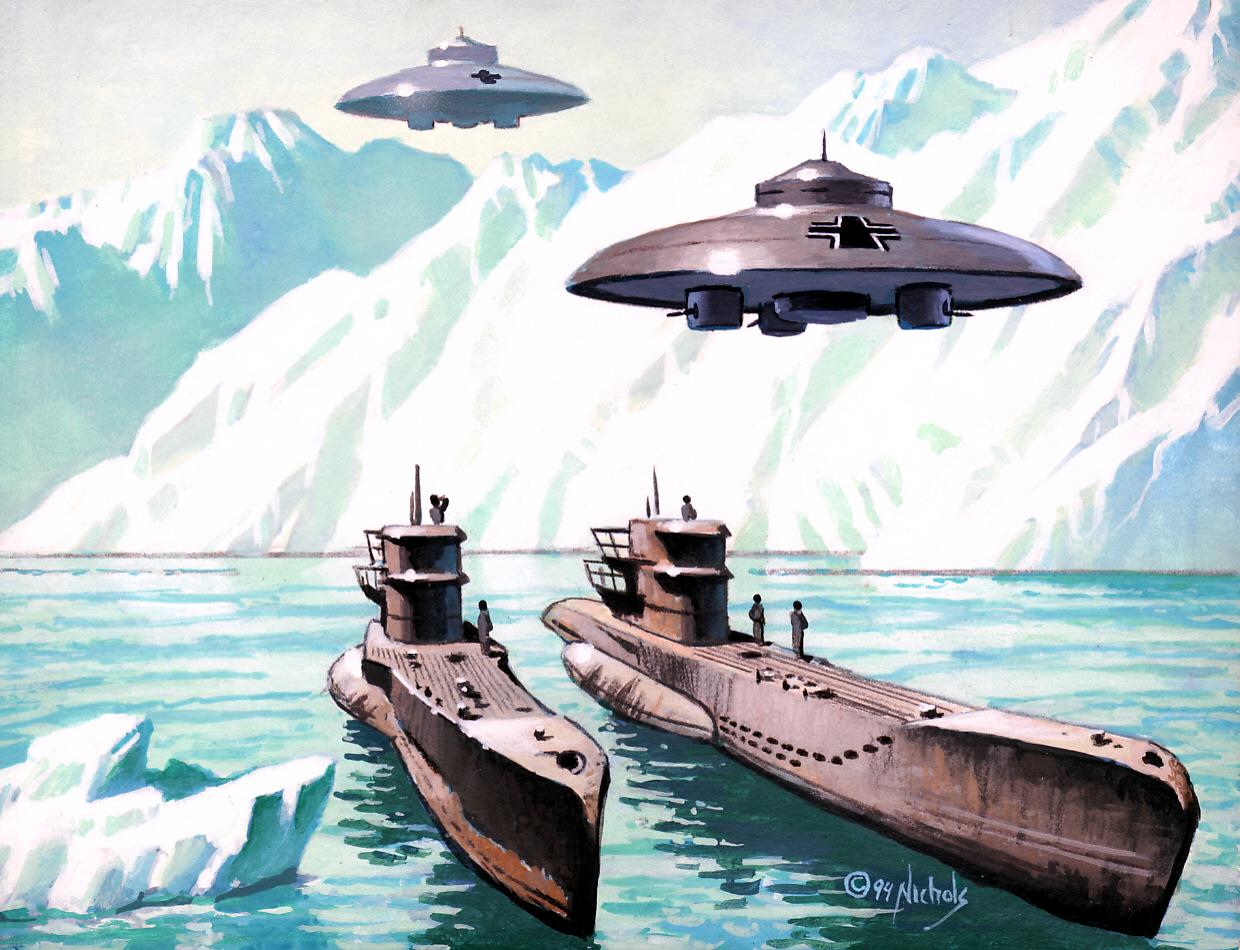 This base was allegedly located in Neuschwabenland, an area of Antarctica which Germany explored, and claimed as their own, before the outbreak of the Second World War in 1939… In fact, Germany had done a very detailed study of Antarctica and were alleged to have built for a small underground base located there before the War.

So, why, exactly, the United States, and, in fact, her allies in the war, suspected that German activity at the pole was continuing, after Hitlers death and the conclusion of the Second World War…

The fact is that there was plenty of evidence, at the time, to indicate that even  as late as 1947, elements of the Kriegsmarine, or German Navy, were still very much active in the South Atlantic ocean amongst others, operating either out of South America (thought to be Argentina), or some base, possibly, in the Antarctic. Many stories were circulating at the time…

One of these stories has a German U-boat stopping an Icelandic whaler named Juliana in Antarctic waters, in 1947 and insisting that its captain, named Hekla, sell the U-boat crew supplies from her available stores. In exchange for the supplies (which had been paid for in U.S. dollars, along with a ten dollar bonus to each member of Juliana’s crew) as a gesture of goodwill the U-boat commander told the whaler where a large school of whales were to be found. Hekla and his crew later found the whales in the exact position claimed by the U-boat commander.

The presence of such boats, all late construction and the type XXI and Type XXIII U-Boats mentioned earlier, with the “snorkel” that allowed them to make the entire passage from Germany submerged… was no secret. Illustration of Nazi Antarctica with Penguins as soldiers

It wasn’t just the United States that were concerned about the Germans movements in Antarctica. In the late 1930’s the British set up a whole network of top secret bases in Antarctica. Most notably Port Lockroy – a common stopping place today for Antarctic cruises visiting the Antarctic Peninsula. These bases were placed to monitor German activity in the region and were mostly abandoned after the war. Some did remain open and remain open to this day. Read more about the secret war of the British here.

So who manned this base in Antarctica? Was Hitler there himself?, did he really kill himself in Berlin on the 30th of April 1945? Of course not! Did you hear the story about him moving to Ecuador and posing for many years as an art collecting monk? Now that is another cracker! – read more about that one on our blog at a later date. 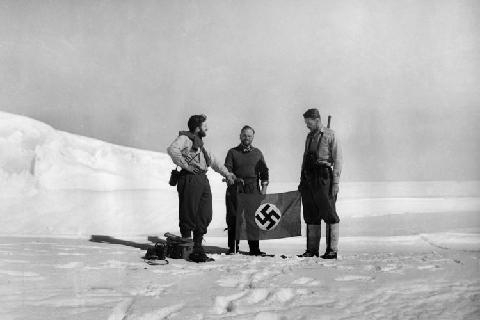 Fact or Fiction? Group of men holding a Nazi flag.

This Nazi base has also been linked to a whole bunch of other theories, including Alien bases in Antarctica – check google to hear about a bunch of Google earth fans’ “research” into that story, Another one talks about a 100m large golden Swastika being found at the bottom of Lake Vostok, Antarctica!

Whatever your thoughts are on the above, there is plenty of information in the above to get the imagination flowing, It’s either a fantastic story or the stuff of nightmares – either way I hope you enjoyed this little insight!

Quest for the Antarctic Circle

Go further south and cross into the Antarctic Circle. Go beyond the normal Antarctica tour areas.