Situated on the high cliffs at the southern end of the bay of Lima, lies Barranco. Unlike many other parts of the city of Lima, Barranco has kept all its charm from its bygone days as well as being stacked with period buildings. The area has a buzzing arts scene and bohemian vibe. The cliffs of Chorrillos shield Barranco from colder and more humid winds coming from the South. As a result, Barranco has a micro-climate that is warmer and drier than many of the other areas of Lima, which are generally more humid, especially between the months of May and October. There are so many reasons to visit Peru, and this is just one!

Originally Barranco was settled by local fisherman, and was a small port, supplying fish alongside the port of Callao for the growing city of Lima. However it wasn’t until the Republican era in Peru of the late 1890’s to the 1930’s that it became what it was today.

In the late 1890’s Peru had just emerged from its bloodiest war in centuries, The War of the Pacific, which pitted Peru and its Andean neighbour, Bolivia against Chile. The battle was over the oil-rich area of the Atacama, which Peru and Bolivia lost, and Bolivia losing permanently her access to the sea. Post war, Peru needed to rebuild, rebuild cities that were damaged during the war, and rebuild an economy that suffered greatly during the war years. As such a boom ensued, and Barranco became one of the hubs of this rebuilding phase. Peru was home to an Aristocratic republic during this time and this era of Peru’s history is known as the “Republican era”.
Like many other world cities, in the late 19th century there was a growing demand for the city folk to spend their leisure time by the seaside, to relax, socialise and breathe in the fresh air (think Victorian era Britain!) . A grand boardwalk and pier was constructed at Barranco and almost immediately it became a place for Lima’s high society to be seen on weekends. As a result Barranco became a weekend retreat for the upper classes, and mansions and beach houses were built throughout the area, with many surviving to this day. A fantastic example of this is the Saenz Pena pedestrian avenue in the heart of Barranco, which is the districts finest display of Republican Era housing, and is home to the of the cities hottest boutique hotels, including the fantastic Casa Republica. 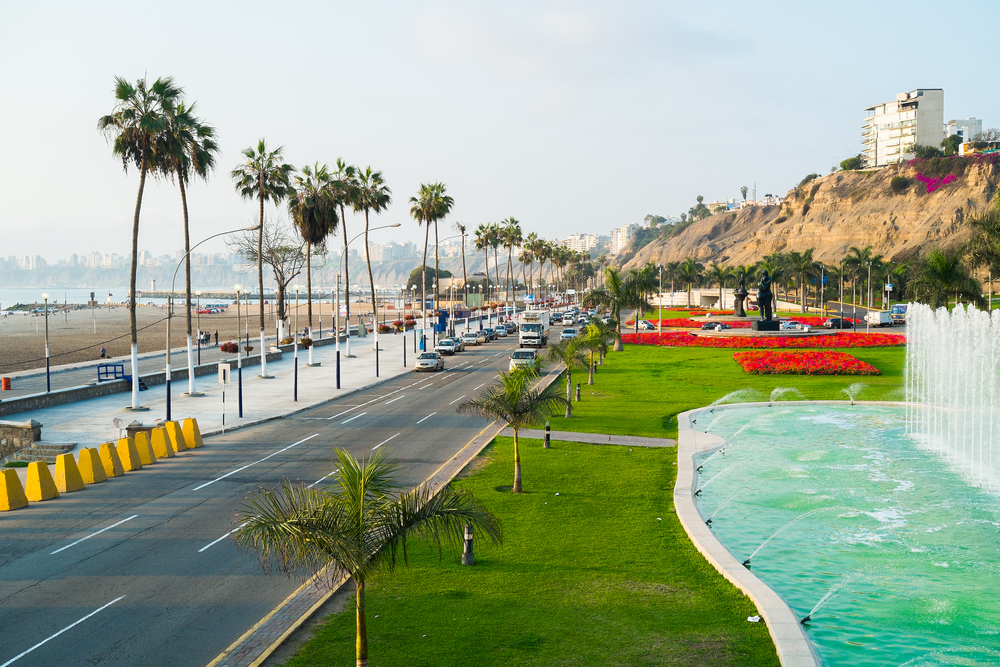 Over the years the district continued to boom, located around 10km from the city centre it slowly became absorbed by the city itself, and neighbouring areas such as Miraflores and Chorillos came to be developed also in their own right. Barranco today is part of the Lima metropolitan area, but is its own municipality, governed by the Mayor of Barranco. 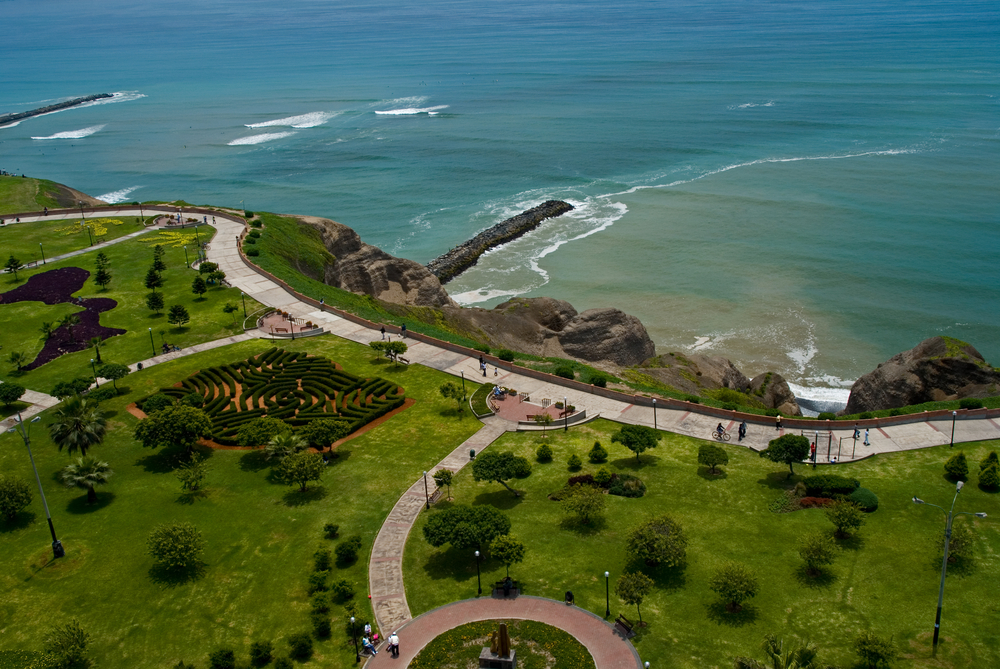 Barranco, an area with a bohemian vibe

Since the 1960’s, a succession of bad governments allowed the district to fall into a state of disrepair. It became an area known more for its crime rate, graffiti and rundown buildings than sadly, its former glory.  In a similar vein to Valparaiso in Chile, the area then became a hub for artists, and the area started sprouting bohemian bars, restaurants and a cool student vibe began to develop. The past 15 years has seen the area become more and more gentrified, the local and national government have seen it for its unique cultural heritage and as such have invested more and more into clearing the area up. Downtown Barranco now hosts street markets, food stalls, and is a hub for tourism in Lima. The spectacular views from the coast and the restored Malecon make for great photos of the entire bay of Lima. With the new buzz about the district, many new galleries have moved in including Dedalo, MATE (Photographer Mario Testino’s Gallery) and Museo de Arte Contemporáneo de Lima (MAC) holds an impressive collection of modern and contemporary, national and international art dating from 1950 to the present. In addition Barranco is home to Museo Pedro de Osma – one family’s private collection of colonial and Republican-era silver, tapestries, paintings and sculpture fill the Museum, which is one of the best preserved examples of early 20th century residential architecture in Peru.
The area has many boutique shops and weekend markets as well as some of Lima’s finest restaurants including Cala as well as Chala and fantastic bars such as the Amazonian themed “Ayahuasca”, which has some of the city’s best Pisco cocktails. There is something for everyone in this vibrant district. 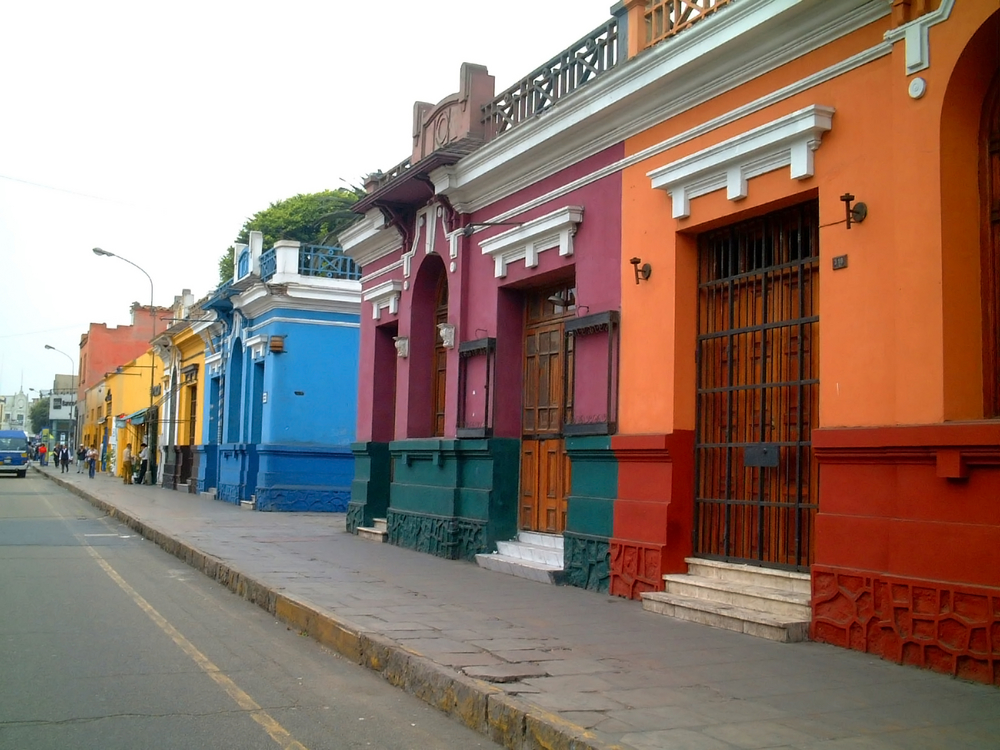 The area of Barranco in Lima. Photo credit: Shutterstock.

Chimu recommends anyone on a trip to Peru visit here, we also think it is a much better option than the busy and crowded commercial areas of San Isidro and Miraflores to stay. It is also more authentic and less pretentious than the above mentioned areas. Access to the airport is excellent too, with the restored “Costa Verde” expressway starting in Barranco and running to Callao where the airport is located. Make sure you check out Barranco next time you are visiting Lima – whether it be a quick stopover in Lima or a larger trip to Peru. You won’t be disappointed.