The Antarctic Circle isn’t an actual line. It’s not a natural distinctive border of any kind nor is there any cataclysmic event that happens when you cross it. Be that as it may, there’s an overwhelming feeling of accomplishment when you do, this being one of the prime highlights of Antarctic Circle expeditions. Only a handful of ships make the long journey beyond the fabled circle in Antarctica every southern summer, most staying closer to the northern reaches of the Antarctic Peninsula instead. It takes a few extra days of cruising to cross the Antarctic Circle and expeditions this far south usually costs a little more. Yet for discerning explorers who purposely chose an Antarctica Circle expedition, the knowledge of finally joining a very elite community of people who’ve ever sailed this far south far outweighs the added time and costs.

The highlights of Antarctic Circle expeditions aren’t all sentimental either. When you sail further south along the coast of Antarctica, you experience a different kind of frozen world. Bigger icebergs, more intense remoteness and ethereal landscapes are all you’ll find out here, along with chances of spotting even more whales, seals and penguins, given the extra cruising time.

There’s nothing in the Antarctic Circle…except astonishing nature at its most dramatic and abundant. 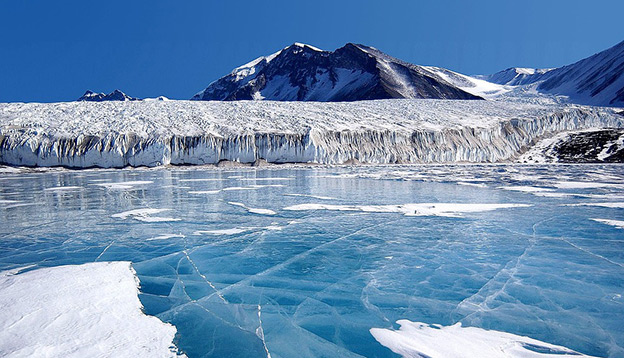 What’s so special about the Antarctic Circle?

One of the five main latitude parallels drawn on maps of our planet, the Antarctic Circle is both a place and a legend. This imaginary man-made line is the northernmost point in the Southern Hemisphere where the sun can remain either below (21st June) or above (21st December) the horizon for a full 24 hours. The first person to have likely crossed it was Captain James Cook, who, along with his crew aboard the Resolution, is believed to have sailed across the Antarctic Circle on 17th January 1773. Elated at having finally found the ‘legendary southern continent’, Cook eventually realised that what he had been tracing, and mapping, was an enormous iceberg instead. He never did discover Antarctica but he certainly ignited the exploratory race that led to the first confirmed sighting of the White Continent, some 47 years later.

The history of the crossing of the Antarctic Circle is intertwined with the fascinating history of Antarctica itself. Many intrepid explorers died in their quest to be the first to the South Pole and it’s astonishing to know that the enticement of being the first at something, in Antarctica, is still alive and well today. North American Colin O’Brady became the first person to ever ski across Antarctica solo, unaided and unassisted, on Boxing Day, 2018. The allure of the seemingly insurmountable is what we call ‘Antarctica fever’. Many who’ve ever visited the continent have it and many more, who have yet to go, show the tell-tale signs of this magnificent condition.

Because if you’re going to journey all the way to Antarctica…why not go as far south as humanly possible? 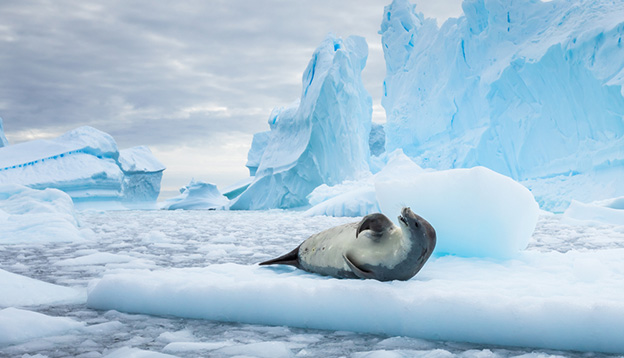 The Spectacular Highlights of Cruising to the Antarctic Circle

An expedition to the Antarctic Circle is the one bucket-list adventure most intrepid travellers dream about for years. In the 21st century, of course, these voyages are anything but brutal. They’re taken on ice-strengthened vessels, some of the toughest ships ever built, many of which offer surprising luxuries like jacuzzis, gyms and quite luxurious cabins. Antarctica Circle expeditions are not your average cruising jaunts, however, the ubiquitous ‘nightly cabaret entertainment’ replaced by in-depth expert lectures on the Antarctic history, geography and the vast array of wildlife you’re likely to encounter. These adventurous expeditions are immersive, educational, intimate and immensely rewarding – for ‘hopelessly addicted’ nature lovers, the expeditions are unparalleled.

To venture beyond the frozen frontier is a breathtaking experience, one which leaves many in absolute awe of the splendour of our planet’s remotest continent. To walk on ice-covered land, meander among an endless colony of penguins, and be utterly overawed by the vastness of the White Continent is something everyone should experience at least once in life.

Yet the unforgettable experiences don’t just start and end with ice, as mesmerizing as it may be. The Highlights of an Antarctic Circle Expedition start even before you set foot aboard your formidable ship. 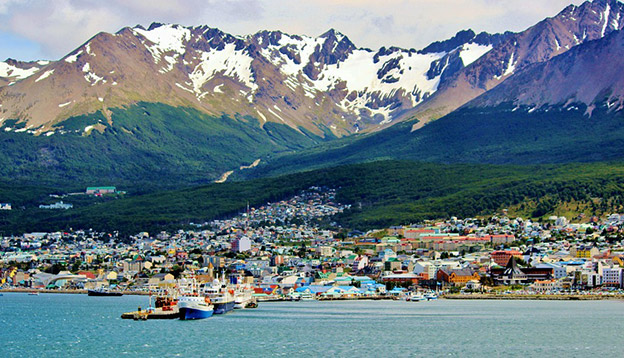 Most Antarctica cruise passengers will merely give a cursory glance to Ushuaia when studying their itinerary, in the erroneous belief this is simply a ‘springboard’ for more exciting adventures further south. Yet Ushuaia is a very fascinating place in which to spend a few days and considering you don’t want to ‘cut it short’ with your cruise’s departure date, arriving a couple of days beforehand is a great idea.

The city’s sheer number of attractions is enough to hold you hostage for days on end, including fantastic shopping and exceptional food. Between the mouth-watering chocolates, delectable seafood, exhilarating hikes and breathtaking helicopter and boat sightseeing rides, you may well board your expedition ship thinking Ushuaia alone is worth the journey to the end of the word. We’d tend to agree. Most especially when you consider that Ushuaia is also a great base to explore Tierra del Fuego, a little slice of Patagonia that’s often described as its most stunning crown jewel.

So, you think you’re just gonna hang back and idle away some boring hours on a ship before you hit the big attractions, right? Think again! Crossing the Drake Passage is an adventurous sailor’s dream, when the sheer anticipation of how it will play out (will you experience a Drake lake or a Drake shake?) creating an indescribable buzz aboard all Antarctica Circle expedition cruises. This is the notorious merging point of the Pacific, Atlantic and Indian Oceans. With its intense convergence of currents and unpredictability, coupled with fantastic chances of spotting whales and dolphins, the sailing across the Drake Passage is about as exciting a start as you could ever imagine. 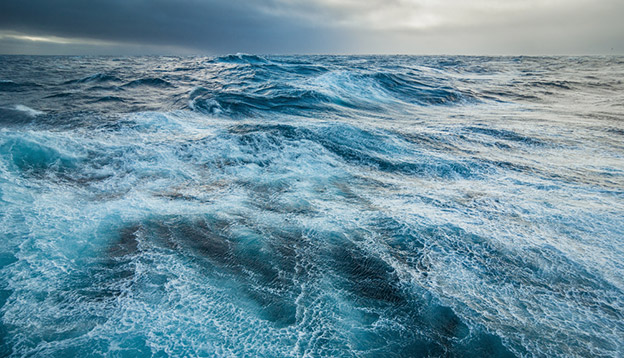 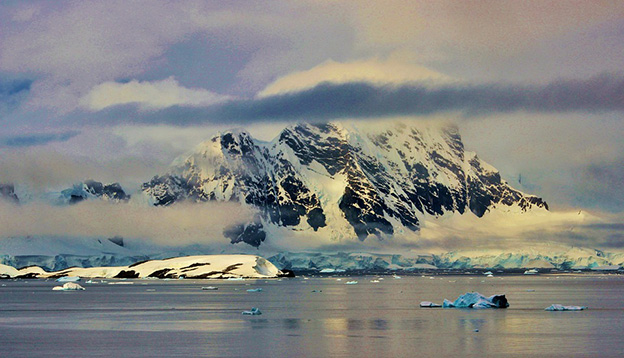 As you finally reach the calmer waters of the Antarctic Peninsula, that northernmost finger of land extending from the icy mass, you’ll be greeted by the awe-inspiring sight of icebergs and snow-capped mountains. These…are the incredible South Shetland Islands. 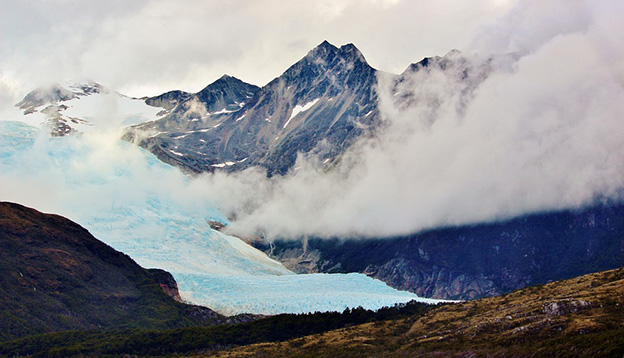 The scenery of the Antarctic Peninsula. Photo: Pixabay

Only 4 degrees north of the Antarctic Circle, the Shetland Islands are a cluster of mostly ice-covered islets that are as wildlife-rich as they are astounding. These islands are fervently protected (like the rest of Antarctica) with the only work carried out here being scientific in nature. The islands host a total of 16 international research stations. The outings on Zodiacs begin in earnest once you arrive. Weather permitting, you’ll enjoy two land excursions every day during your sojourn. 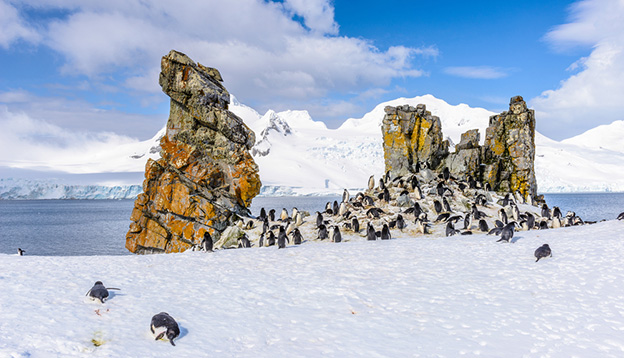 At Paradise Bay, a striking harbour named not without contemplation, the welcome party comes in the form of a colony of penguins, every now and then dispersed by a cantankerous elephant seal looking for a better sunbathing spot. 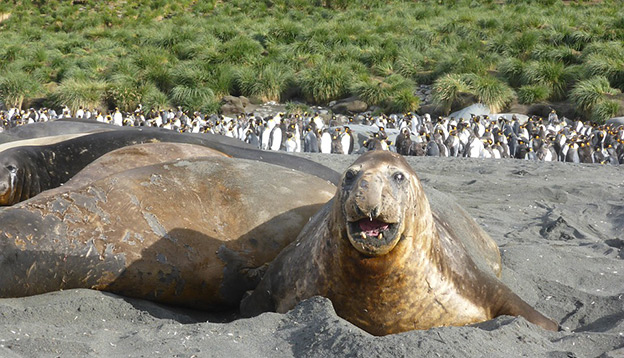 Combine nature with intriguing history as you stop by Goudier Island, and visit the museum at Port Lockroy, all the while keeping your eyes peeled on the sea horizon in the hope of spotting humpback whales. Sailing into the astonishing flooded caldera at Deception Island is one of the most impressive experiences of the entire trip. A sensory overload, if you will, of dramatic landscapes; of rugged cliffs and endless white horizons, vertiginous ice walls and blankets of sea birds, seals, and penguins. 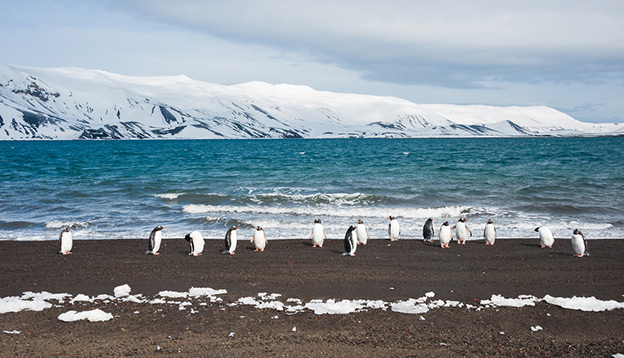 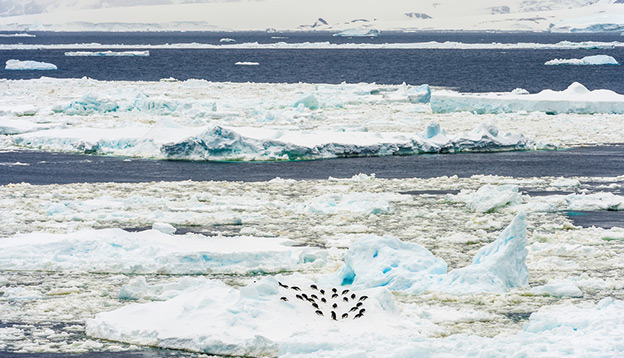 The actual crossing of the Antarctic Circle is celebrated with much fanfare aboard expedition ships. Out here, it’s like the rest of the world doesn’t even exist: blue icebergs and floating ice shelves; white horizons as far as the eye can see. The highlights of Antarctica Circle expeditions may be numerous but this, for so many guests, truly trumps them all. 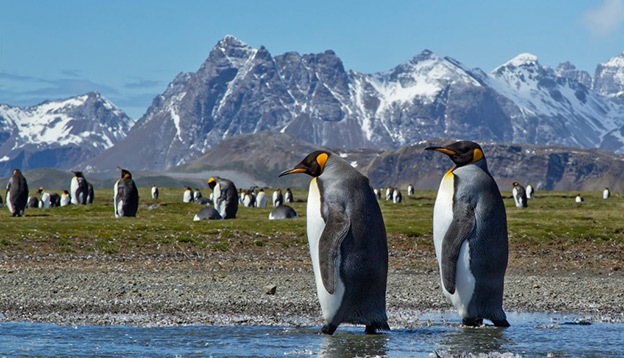 Every memorable experience deserves a stellar ending. South Georgia, with its insane concentration of wildlife, interesting history and jaw-dropping scenery, is just the highlight you’ll want at the end of your Antarctica Circle cruise. We could easily name ten reasons to include South Georgia on your Antarctica cruise (no, really, we did…right here!) but in essence, what you should know is that this place is the Antarctica wildlife destination by which all others are measured. It is here where you’ll cast your eyes on the largest King penguin colony of all, right here that the most revered and famous Antarctic creatures are found. Whales, penguins, and seals just love South Georgia and you will too.

Antarctica Circle cruises are always a feast for the senses, yet what many don’t realize is that South Georgia alone is enough to blow your mind. The sensual feast is unparalleled and if you’re a lover of great landscapes and amazing wildlife, you’ll be sorely tempted to sneak off your boat and move here permanently. 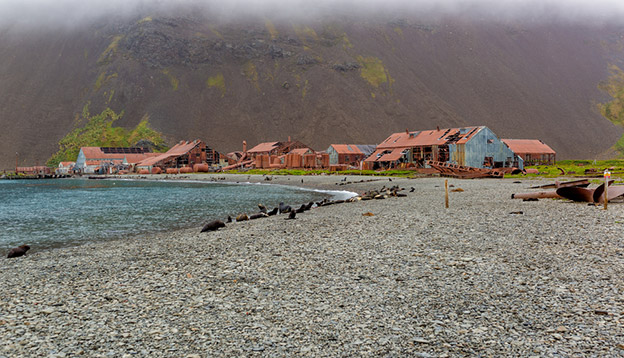 We’ve got all the Highlights of Antarctic Expeditions bundled in numerous cruise options, so whether you’re heading to the end of the world for the first time, or the 100th, you can be sure that new, different, and exciting treats await. Antarctica cruises from Australia and New Zealand are a great option if you are short on time (although you’ll be missing out on Ushuaia), and Falkland Antarctica cruises include a visit to the most controversial islands in all of Latin America. The highlights just won’t stop!

So give us a shout and we’ll help you find the Antarctic Cruise that ticks all your boxes.

For further inspiration, please head to our Antarctica Travel Guide to find all you need to know about travelling to this bucket-list destination.

Or check out some of our blog recommendations:

Month by Month Guide to Antarctica