The Chimu, also known as The Kingdom of Chimor, were a civilisation that occupied the northern coast of modern-day Peru from around 900 CE until 1470 CE. The Chimu were centred in the capital Chan Chan, and their influence stretched an impressive 1,300 km along the coast of northern Peru, making them the second largest empire in ancient Andes history. 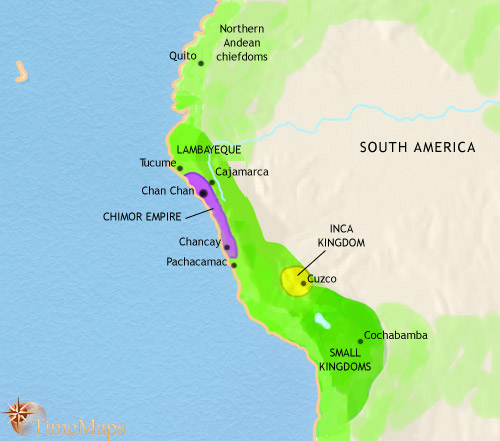 Initial success of the Kingdom of Chimor

The initial success of the Chimu was due to their innovative agricultural techniques. They built extensive hydraulic systems using canals, which flowed to large valleys forming complex irrigation systems. The Chimu also utilised Huachaques, sunken farms that removed the dry top layer of soil, to work with the rich, moist soil beneath; Walk-in wells; and large reservoirs to retain the water they gained from their hydraulic systems. These unique techniques drastically increased productivity of the lands, which increasing Chimu wealth and allowed them to move up the social hierarchy. 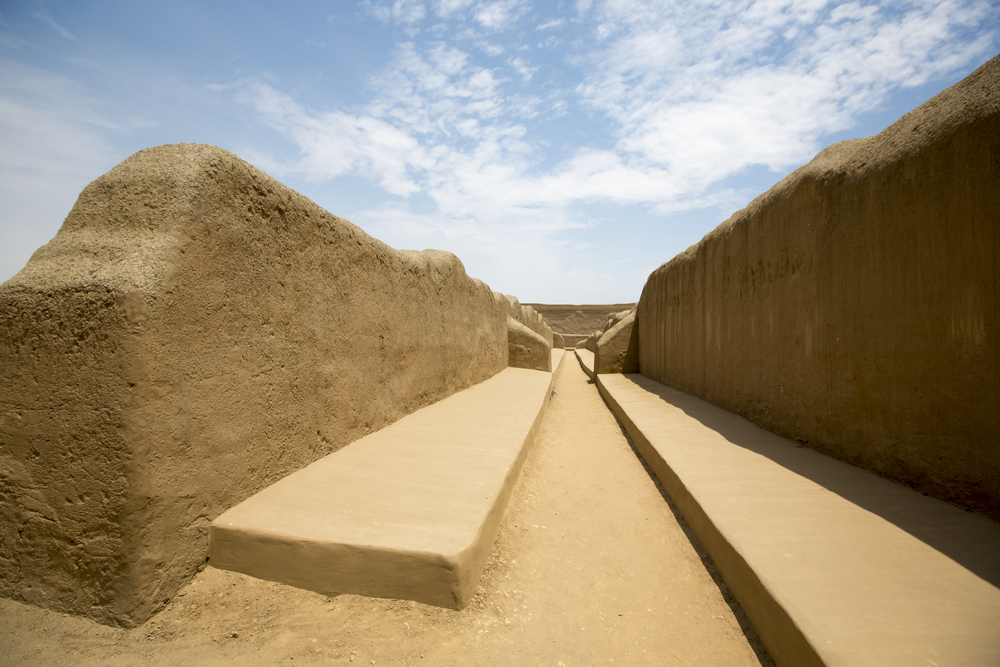 The initial success of the Chimu was due to their irrigation system. Photo credit: Shutterstock

The rapid domination of the Chimu was brought to an end in 1470 CE by the newly rising Inca civilisation. A fierce and extremely well organised Incan army was lead by Tupac Inca Tupanqui, who captured the 11th Chimu ruler Minchancaman. With the Chimu ruler imprisoned in Cuzco, there were no more rival cultures standing in the way of the Incas, allowing them to conquer the rest of the region.

Th capital Chan Chan quickly became a place of vast trade and master craftsmanship. The bureaucratic centre imported many raw materials from across Chimor, and distributed them to over 26,000 craftsman and women that lived in Chan Chan. Most of the population in the capital was made up of artisans, the majority of which were cherry picked, and forcibly removed, from surrounding conquered cities. Once an artisan was ‘placed’ they were unable to change their profession, and were grouped according to their area of specialisation. 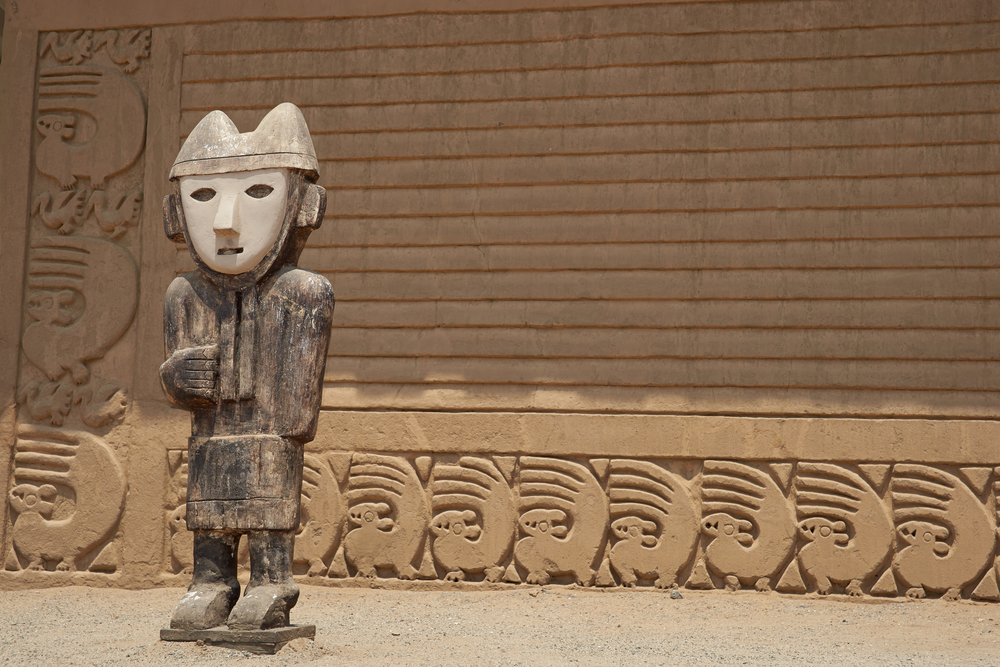 The Chimu artisans were best known for their exquisite pottery and colourful textiles. Their pottery is characterised by it’s shiny black appearance, and is usually in the shape of an animal, or has a human figure sitting atop it’s rounded surface. In contrast, the Chimu textiles are extremely colourful, usually containing exotic feathers, precious metals and shells. Popular images used in Chimu artwork are double headed ‘rainbow’ snakes, geometric shapes, and open-armed figures adorned with large headdresses, assumed to represent the ruling class. 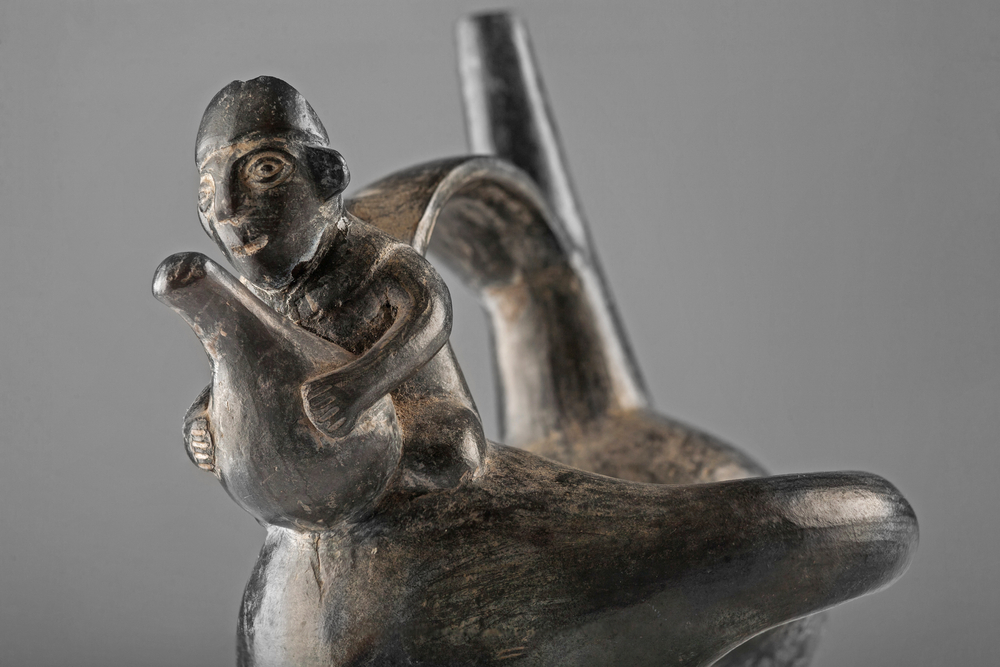 The craftsmen and women from Chan Chan had such a reputation, that when the Incas took over they forced many of them to relocate to their capital Cuzco. Here the higher classes would have full control over production of the precious goods, and would ofter adorn every nook and cranny of their homes with the finest pieces of art.

Unlike most of the other ancient Andes civilisations, the Chimu worshipped the Moon. They believed it to be more powerful than the Sun as it could be seen by both night and day, and was linked to the biggest shifts in weather and growth of their precious crops. Sacrifices of Spondylus shells, precious metals, and even children around the age of five were made to the Moon deity, in hopes that they would become deified. 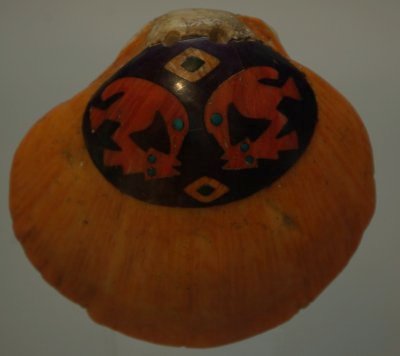 The second most important deity was the Sun. The Chimu associated the Sun with cacique stones, which were believed to contain ancestors of the people in the areas where the stones were found. The last deity of the Chimu was the Sea. Sacrifices of white maize flour, red ochre, and other precious metals were made to the Sea deity in exchange for an abundance of fish, and protection against drowning. 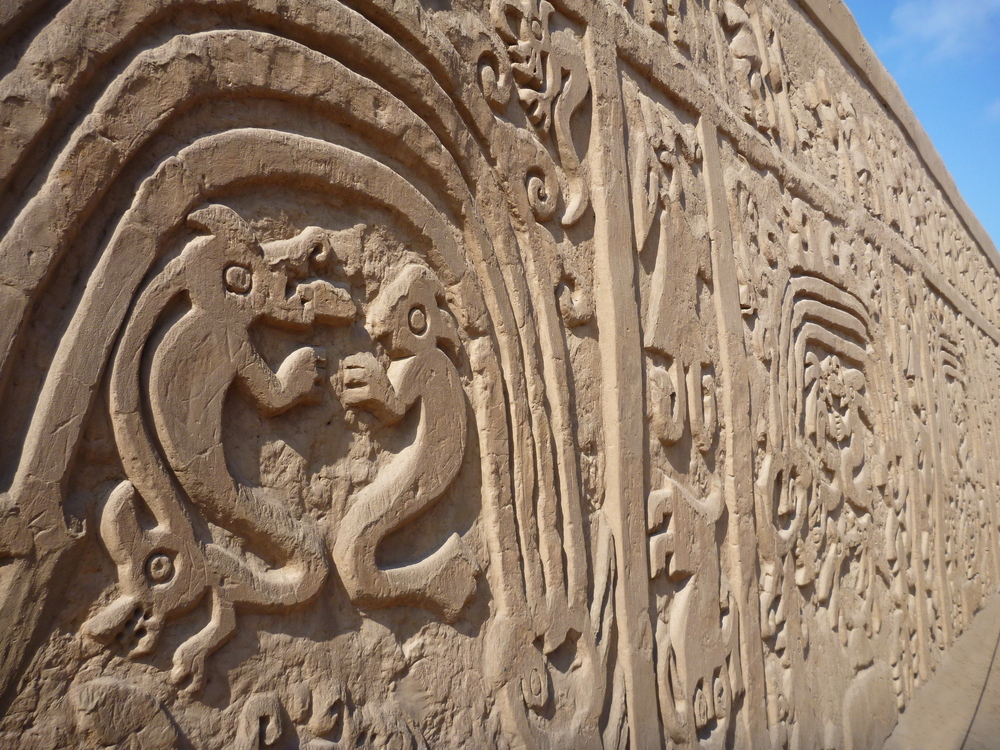 The Chimu built Huacas for their deities. Photo credit: Shutterstock

Throughout each district in Chimor, the Chimu built shrines known as Huacas for their deities. The Huacas would represent the unique deity, legend, cult or religion that each specific region believed in.

The history of Peru makes it an immensely rewarding country to visit. Chimu Adventures offers tailor-made packages to Peru. Click here for more information about trips to South America.

Enjoy this 12-day journey to Peru, a land of contrasts and rich in culture, legend and folklore. The trip starts in Lima, the capital of Peru, where you can experience the colonial ‘City of Kings’ on foot. Fly to Cusco and wander through its narrow cobble-stoned streets and markets...