Mexican food has some of the most well-known and loved dishes in the world. Mexican cuisine varies by region due to local climate, geography and ethnic differences among the indigenous inhabitants. 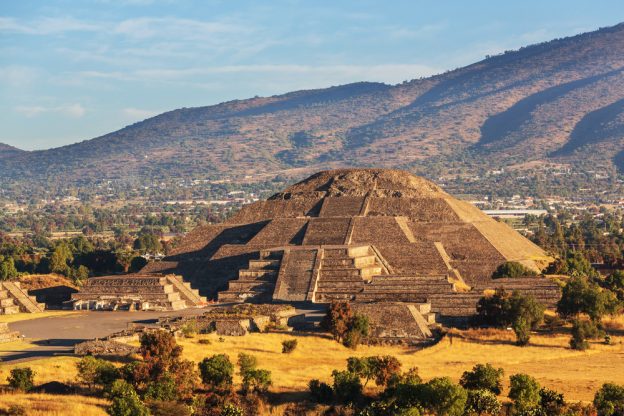 The three staples in Mexican dishes are corn, beans and chillies (hot peppers), all present before the Spanish arrived. Corn is consumed in all possible forms, but most importantly as a tortilla (a thin, round pancake made from corn dough). Tortillas are also used to make tacos and quesadillas, popular throughout the country. Avocado, tomatoes and rice also feature heavily in Mexican dishes. 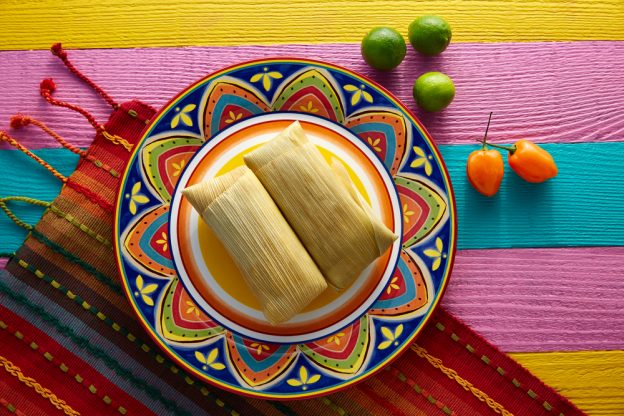 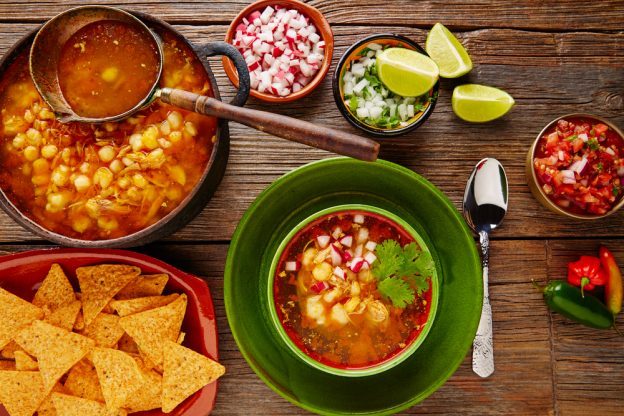 Mole – A spicy sauce that is poured over meat, with chocolate sometimes added 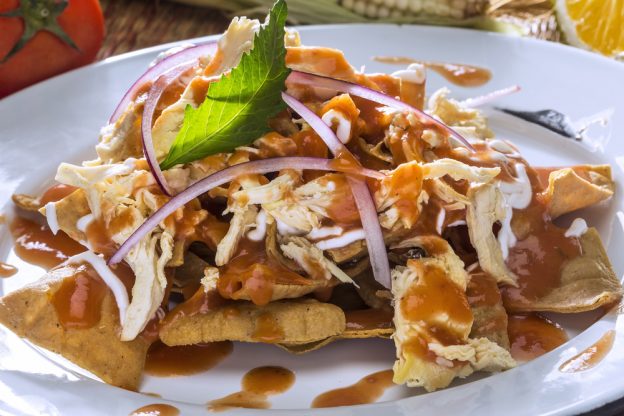 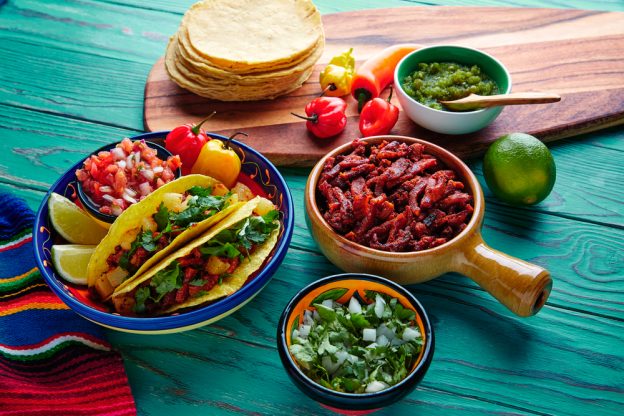 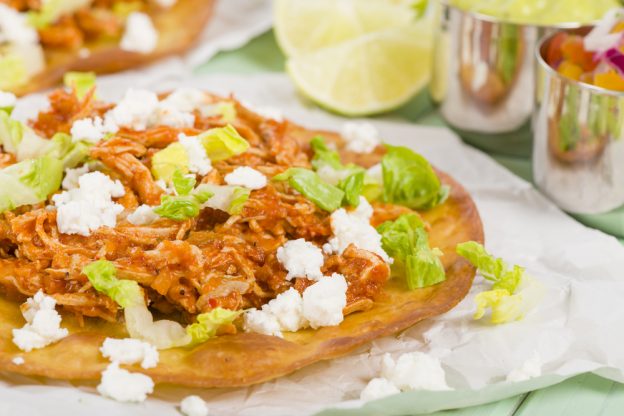 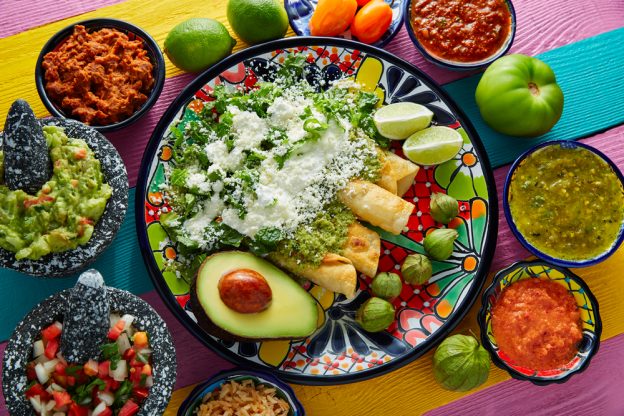 Enchiladas – corn or flour tortillas filled with meat, cheese and beans, topped in a chilli sauce 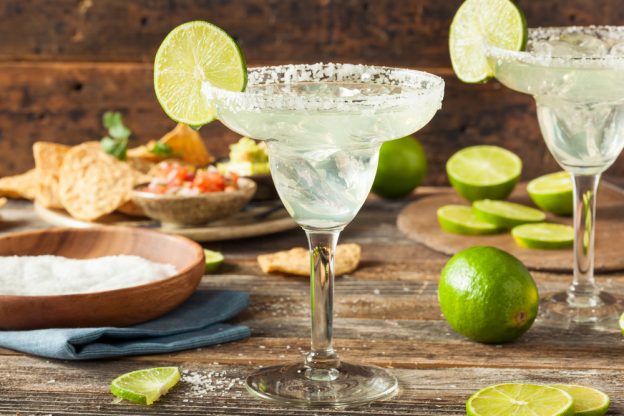 Drinks include tepache (made from pineapple), tuba (fermented juice from the coconut tree and pulque (ferment made from the maguey plant). Tequila, of course, is also offered and is usually served as a major ingredient in margaritas, with salt-rimmed glasses and lime juice. Mezcal is a rougher version of tequila.

Delve into the gastronomic delights of Mexico. Try the spicy dishes such as tacos, enchiladas, tamales, chilaquiles and guacamole during a Mexico Tour. Don’t wait any longer and visit Mexico. Chimu Adventures offers tailor-made packages to Central America. Contact us for more information.