“Are you jumping in?” I asked a fellow passenger as I stripped down to my swim trunks and slipped into a robe.

“You couldn’t pay me enough!” he said laughing. “You can bet I plan to watch though”.

When you think of Antarctica, a plunge into the coldest waters on the planet may not be exactly what you had in mind. And stripping down to a bikini might not seem like the most sensible thing to do. After all, the water is so cold that more than a couple of minutes could kill you! Though it’s a rite of passage for adventurous travelers, and many shake off their waterproof jackets for an icy dip. 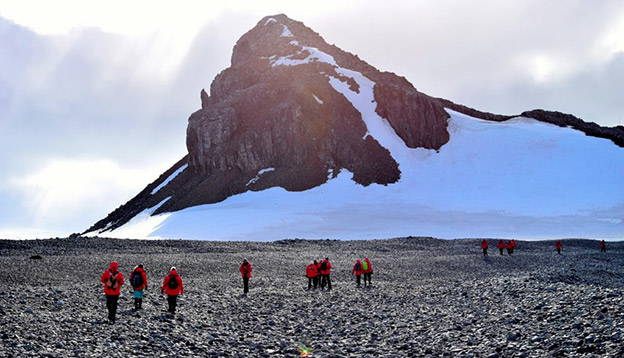 As a self proclaimed adrenalin junkie, the Antarctic polar plunge wasn’t even a choice for me. I had street cred to maintain, and on announcing our trip the only thing people wanted to know was if I was going to jump in. So I couldn’t return home without photographic proof.

We were told we would have two opportunities for a polar plunge, the first where we would anchor, and jump from the ship, and the next a sprint from the bay at Deception Island; a large flooded caldera, inside an active volcano, and one of the safest naturally sheltered harbors in the world.

And while a sheltered harbor sounded safer than the open waters where my mind imagined orca whales and leopard seals would be waiting in anticipation of afternoon tea, you can’t chicken out from a jump. You don’t get to dip your toes in and second guess your decision – it’s all or nothing, and you can only pray like hell for the couple of seconds you spend in mid air! (Open water is perfectly safe, wildlife didn’t come out even though one passenger dressed himself in a penguin suit – of course I teased that he was bait!) 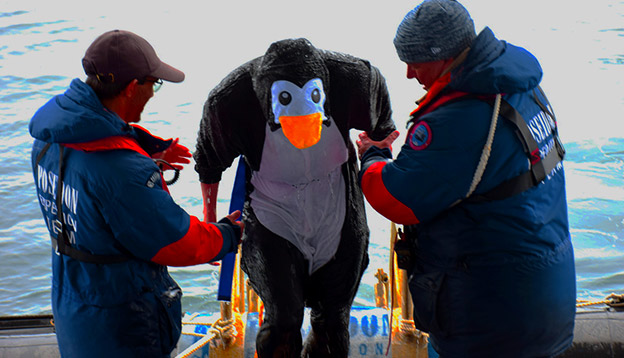 The ship was buzzing with excitement on the day of the jump, and if the water wasn’t sub zero, it would be considered a beautiful day for a swim. Those who weren’t plunging had formed a gallery on the upper deck, everyone eager to watch. Entertainment for the afternoon may contain course language and partial nudity!

Those of us without sense gathered on the bottom deck in plush bathrobes. Fake laughter, forced small talk and brave faces as one after another walked the plank. And then it was my turn. I walked out from the gangway and let them tie a safety harness around my waist (just in case). I yelled “Antarctica polar plunge 2017” into my GoPro, and cursed loudly as soon as I could take my next breath.

As soon as you hit the water, the frigid cold penetrates through your skin right away. While the adrenalin rush coursing through your body will prevent you from truly experiencing the shock, you can’t take more than a couple of seconds for your swim; at -2°C I was frantically looking for the exit as soon as my feet had hit!

But as pins and needles coursed through my veins, I felt energized and surprisingly refreshed. I had previously taken solace in the fact that the ship doctor was standing by, just in case my toes fell off, but with a few short strokes, I returned to the ship with all limbs.

I was handed a towel which I grabbed shivering. But the reward for making the jump? A cheering crowd, icebergs as a back drop, and hot spa on the upper deck to celebrate with everyone else who had taken the plunge. 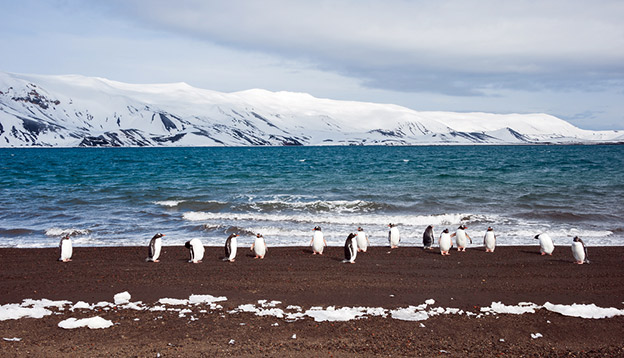 Tips For Taking the Polar Plunge

If you’re worried about the polar plunge, make sure you’re one of the first to jump. A fearful brain will typically increase the perception of pain. Though on the flipside, watching passengers emerge from the gangway shivering, but adamant about how incredible it was, might be the encouragement you need to make the jump.

The best plunges are those done with personality – so put some style into your jump! Even if you feel like you look stupid at the time, the photos look incredible at the end! 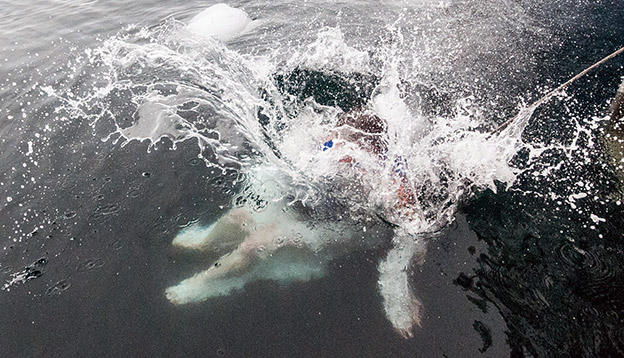 If you’re strapping a GoPro to your person make sure this is firmly strapped to your wrist, and consider attaching a floatation device. The shock of the cold water will make you drop it – apparently there is a treasure trove of GoPro’s at the bottom of the Antarctic sea! Re framing, if you jump backwards the GoPro should capture some of the ice. And if you start filming a couple of minutes before you’re up, you might appreciate having caught the anticipation and build up. 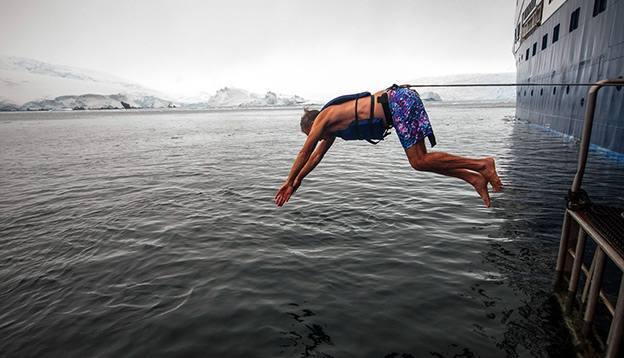 For those still making up their minds, out of everyone who made the jump, zero regretted having done so. Many then went on to make the sprint from Deception Island on round two. So if the polar plunge is offered as part of your trip, I highly recommend you do. It’s a rite of passage and a badge of honour, and something you can tell your grandchildren about having done.

You might decide to swim at Deception Bay on the thinking that it will be warmer. But it’s not by much. The island has a thermal vent due to the volcanic activity, so you’ll see pockets of steam rising from the glassy surface. Though the water is still only 2°C.

Together they have lived a life full of more adventure than most people dream – having skydived over the Swiss Alps, walked among the mighty Elephants of Africa, and summited the highest free-standing mountain in the world (Kilimanjaro). They travelled to Antarctica in February 2017 aboard Chimu’s exclusive charter Pure Antarctica.

We offer a range of Antarctica cruises and flights to suit all budgets and travel styles, and endeavour to match you up with the most suitable expedition option for you. For all things Antarctica check out the our Antarctica Resource Centre or contact us for more info.