Quito’s Mariscal Sucre International Airport (code UIO), Ecuador’s premier aviation hub, connects passengers to all corners of the continent as well as a select number of destinations outside of South America, namely Amsterdam, New York City, Houston, Fort Lauderdale, Madrid, Miami and Dallas. Only 15kms from the centre of Quito as the crow flies, this relatively new facility was built in 2013 to replace the old airport, which had reached its full capacity as it was located in the bustling residential suburbs of the capital’s northern fringes. Landing at the new airport isn’t nearly as thrilling (or heart-attack inducing) as it used to be, but that’s obviously not a bad thing. This high-altitude airport, which sits at a breathtaking 2,400m, boasts one of the longest landing strips in the continent, giving planes the extra time they need to take off at high-altitude. At least this gives passengers a chance to soak up the startling views of snow-capped peaks surrounding Quito, for a little longer. 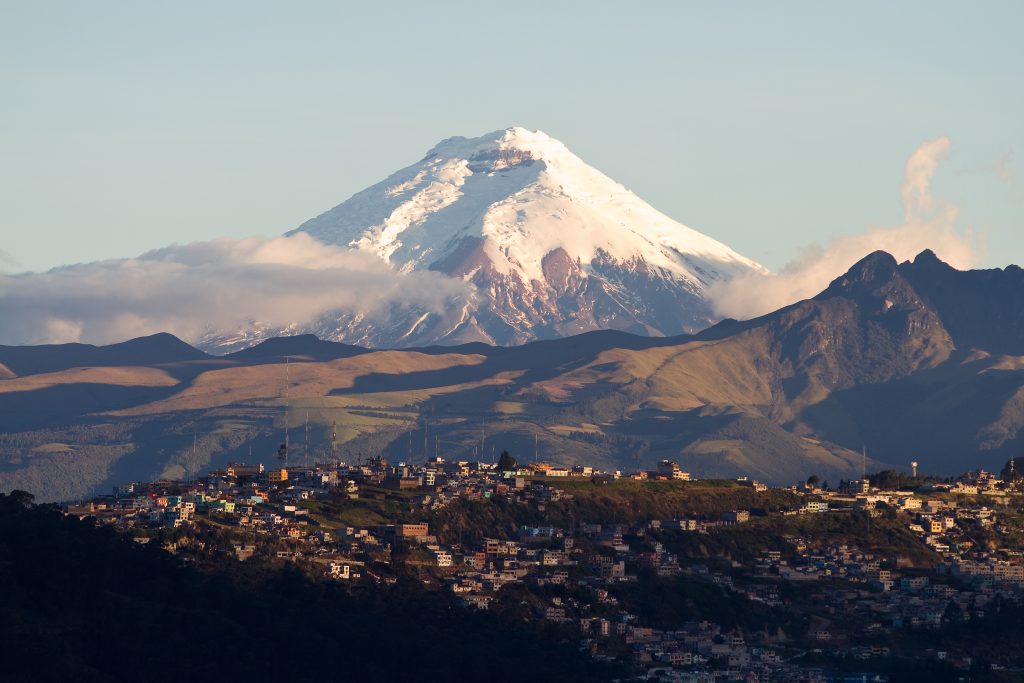 Handling over 5 million passengers a year, Quito’s new International Airport is the main base point for trips to the outstanding Galapagos Islands, with swift stop-overs in the seaside city of Guayaquil. With only one terminal handling both international and domestic flights, albeit in separate sections, Quito’s International Airport is arguably smaller than one would expect. It’s even 30% smaller than Guayaquil’s, which handles far fewer flights. Nevertheless, the airport was built here because the potential to expand is considerable. So I guess we’ll have to wait until it actually does.

During high travel season, the airport is open 24hrs a day, whilst a 1am curfew is in place during low season.

National airlines offering connections all over Ecuador and neighbouring countries: 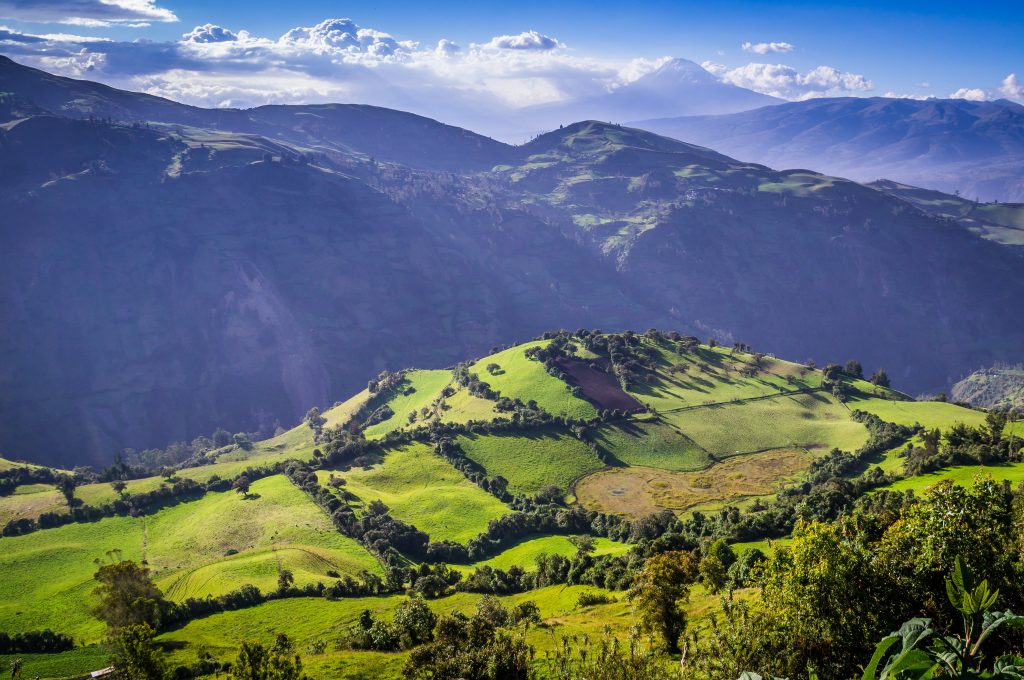 Right outside the Arrivals’ halls you’ll find a dedicated Tourist Info Desk, and one is also located in the public section of the Departure Hall. Both are manned 24 hrs.

There may only be 18kms separating Quito’s town centre with the airport, yet once you start the drive to your hotel it may feel much longer than that. As the road weaves its way along the mountainous terrain, you’ll end up covering just under 50kms to cover the distance, on a drive that could take up to an hour and a half in peak traffic. Traffic can be very congested in Quito so consider this, especially when departing.

There are several ways to get into town: 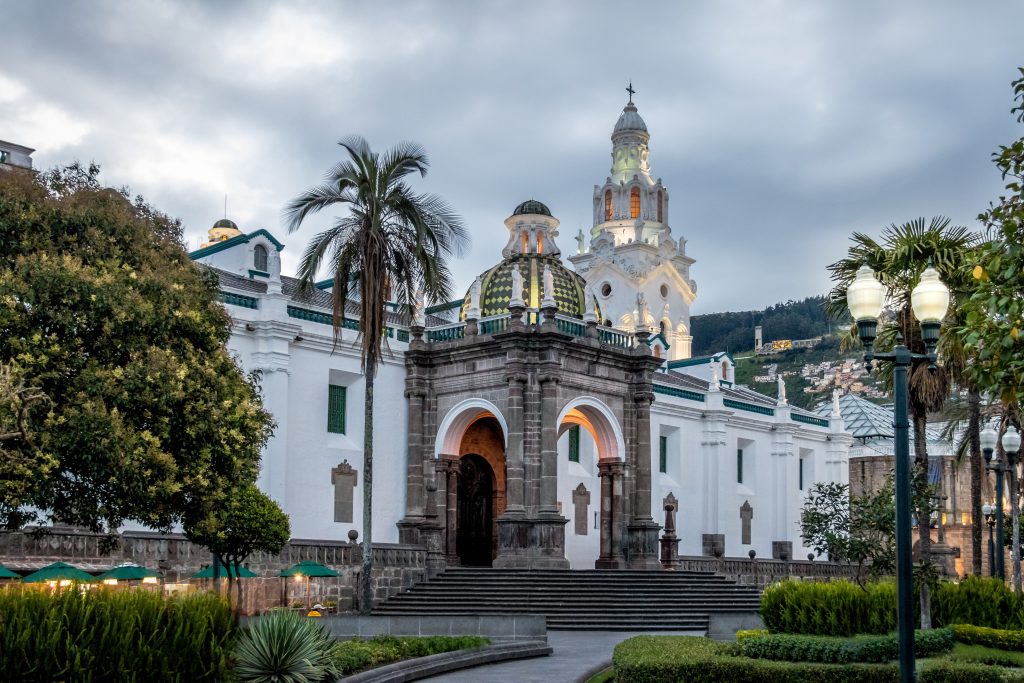 Time between connecting flights can vary considerably at Quito International Airport and is usually dictated by participating airlines. If you arrive in Quito already armed with your next boarding pass then you may not need to pass immigration, but if you must check-in to your next flight, and collect luggage, then you’ll have to go through Customs and Immigration, which is a definite if your connecting flight is international.

Quito’s international airport has an in-house hotel, the aptly named Wyndham Quito Airport Gran Condor, which is very well received by guests. Free shuttle services are offered 24 hrs. Nearby, you’ll also find the Quito Airport Suites, which offers day rates for use between 9am and 9pm.

Ecuador trades in the US Dollar, which makes life somewhat easier. To save time and a trip to the ATM, either at the airport or in town centre, make sure you have a bit of cash upon arrival, especially small notes for minor purchases. A Global Exchange currency booth is located in the international arrivals and departures areas.

The airport’s Medical Centre is run by the nearby Hospital de los Valles and can be contacted by any airport staff so ask for assistance if needed.

Both airside and landside, the airport boasts a select few food outlets, the most popular being the Amazonia and Johnny Rockets cafes, which are open 24hrs. Ecuadorian cuisine is particularly enticing and offers several regional variations to make it diverse and delectable. The airport may not be the best showcase of this fine trait, mind you, but at least it offers plenty of refreshments if your wait times are considerable. 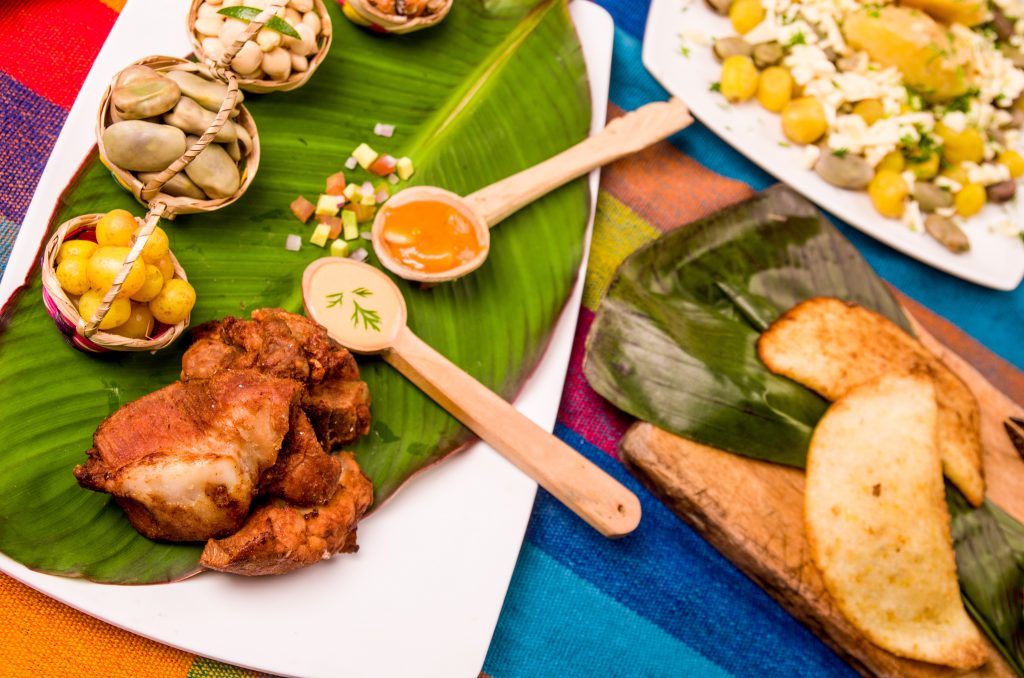 If you’re after a place to relax for a few hours but don’t wish to utilise the day-rates of the Quito Airport Suites, then the International Airport’s two VIP lounges are for you.

Free entry is offered at both lounges for holders of an internationally-issued Diners Club International card.

ATMs dispensing US Dollar bills are located in the airport’s public areas on Level 2 of both arrivals and departures, as well as boarding areas.

Quito’s International Airport boasts a few Attenza duty-free outlets at the airport for international passengers, and further dedicated souvenir and miscellaneous shops that are open 24 hours. 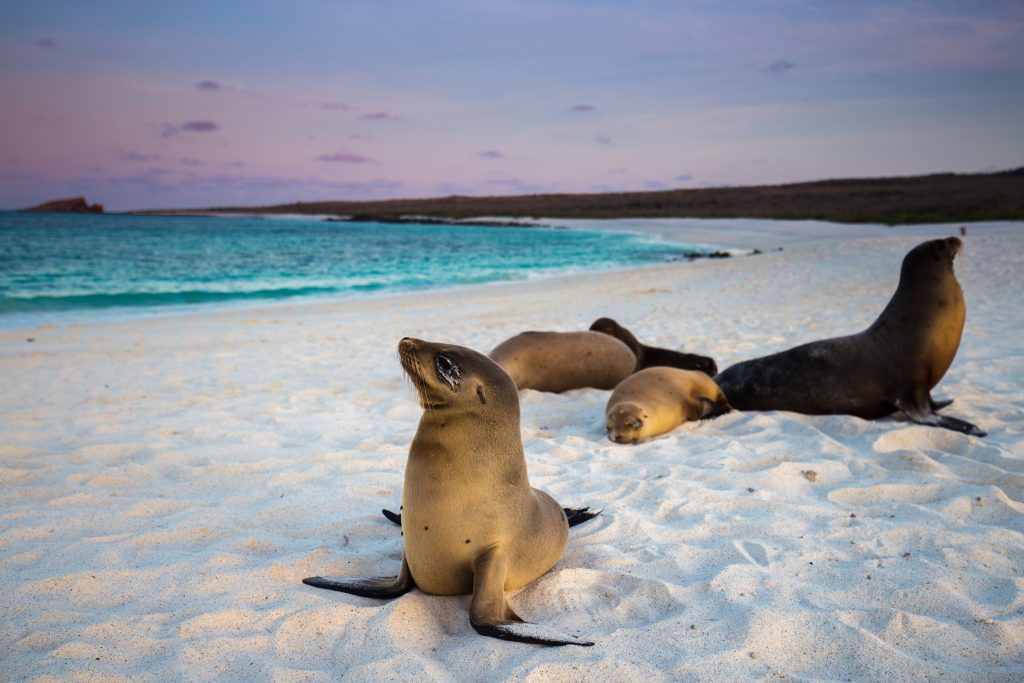 For most visitors to Ecuador, Quito International Airport is just the first step in what promises to be an incredibly rewarding travel experience. From the dizzying heights of the Andes to the sweltering treasures of the Amazon, the architectural splendours of the cities and the breathtaking natural delights of the Galapagos Islands. This is a small country that packs an absolutely awesome travel punch. Check out all the amazing tours of Ecuador we offer and contact us if you’d love some expert help in getting your visit to Ecuador off to an exhilarating start.