Interesting, crazy, sobering and impressive: 10 fascinating facts, to help you get better acquainted with the northernmost region of our planet

The Arctic has become a hot media topic in recent years thanks primarily to global warming fears so it’s fair to say that you know a lot about the northernmost region of our planet. You’re probably aware that a total Arctic ice melt could result in a global sea rise of more than 6 metres and that global warming is already causing a loss of habitat to what is now one of our world’s most endangered animal: the majestic polar bear. Yet the Arctic region is a lot more than simply ice and bears, as pivotal as they both are to the balanced world-order we all strive to maintain.

The Arctic is a fascinating region that still holds many secrets, despite our incessant desire to explore it ad infinitum. Starkly different to its southern counterpart and immensely coveted for its natural resources, the Arctic is, more than anything else, one of the world’s most incredible wildlife havens.

Here are 10 fascinating things about the Arctic you (probably) don’t know.

1. There are fundamental differences between the Arctic and Antarctica

The Arctic and Antarctica do share quite a few similarities: both are exceptionally cold places (although both are getting warmer), they have winters with 24hrs of darkness and summers with 24hr of daylight. Yet even though, to you and I, the endless expanses of snow and ice could be interchangeable, you may find it interesting to know that the differences between the two regions are far greater than their similarities. One could say they really are Polar opposites (sorry, had to be done).

Aside from the most obvious fact that Antarctica is a land-based continent and the Arctic is not, the two Polar regions boast different climates and temperatures (the Arctic is far warmer) and boasts an immensely different geology. Only 1% of Antarctica boasts flora whereas the Arctic boasts a Boreal Forest (called the Taiga), the world’s largest biome. Consequentially, the Arctic thrives with wildlife and wilderness. Given the concentration of nourishing food and fresh water, the Arctic is home to an array of large land animals whereas, in the southernmost continent on earth, the largest land animal is a midge, which can grow to an impressive 6mm in length.

The largest Arctic land mammal is, of course, the Polar Bear. 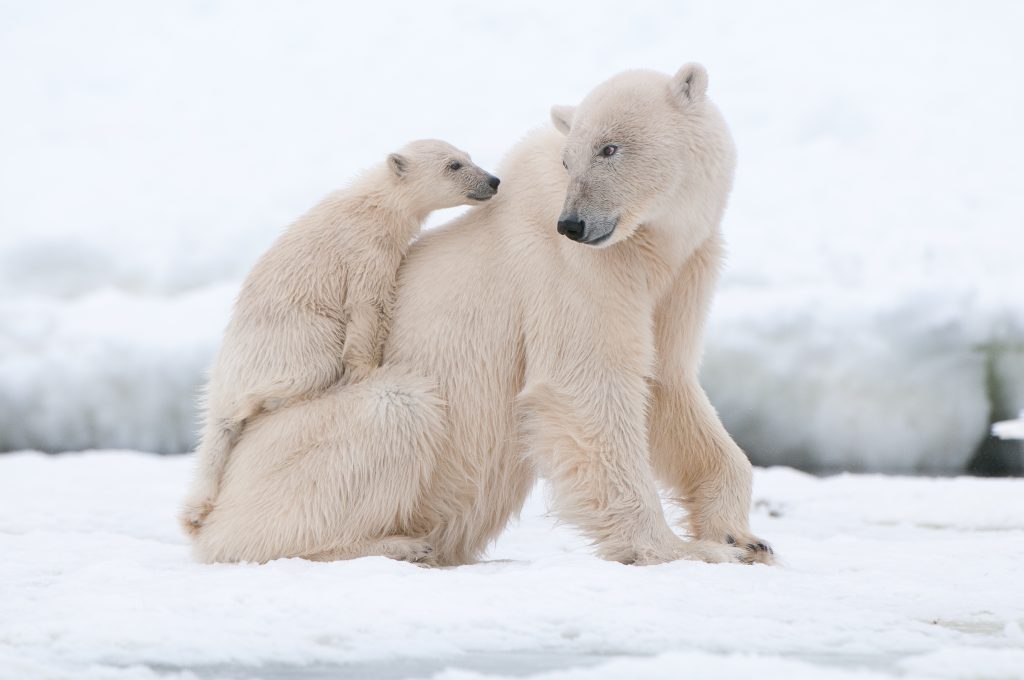 Large mammals like the polar bear are found in the Arctic. Credit: Shutterstock

Meet the Wildlife of the Arctic

2. The Arctic boasts a GDP that’s higher than both Vietnam and Egypt’s

The Arctic Region, home to over 4 million people, boasts a whopping annual GDP of around $230 billion, higher than both Vietnam and Egypt. Mineral extraction makes up a huge chunk of the Arctic economy, the main exploitation being of hydrocarbons as well as coal, iron ore, copper and zinc. The most developed part of the Arctic in this regard is Russia – income from its portion of the Arctic makes up one-fifth of the country’s economy – and the richest deposits are believed to be in western Siberia. In the 1950s, prospectors discovered the West Siberian Petroleum Basin, a rich hydrocarbon region that stretches over 800km east to west and well over 1000 north to south. Scientists widely believe that at least 30% of the world’s untapped oil reserves are located within the Arctic Circle but it could potentially be much, much higher. 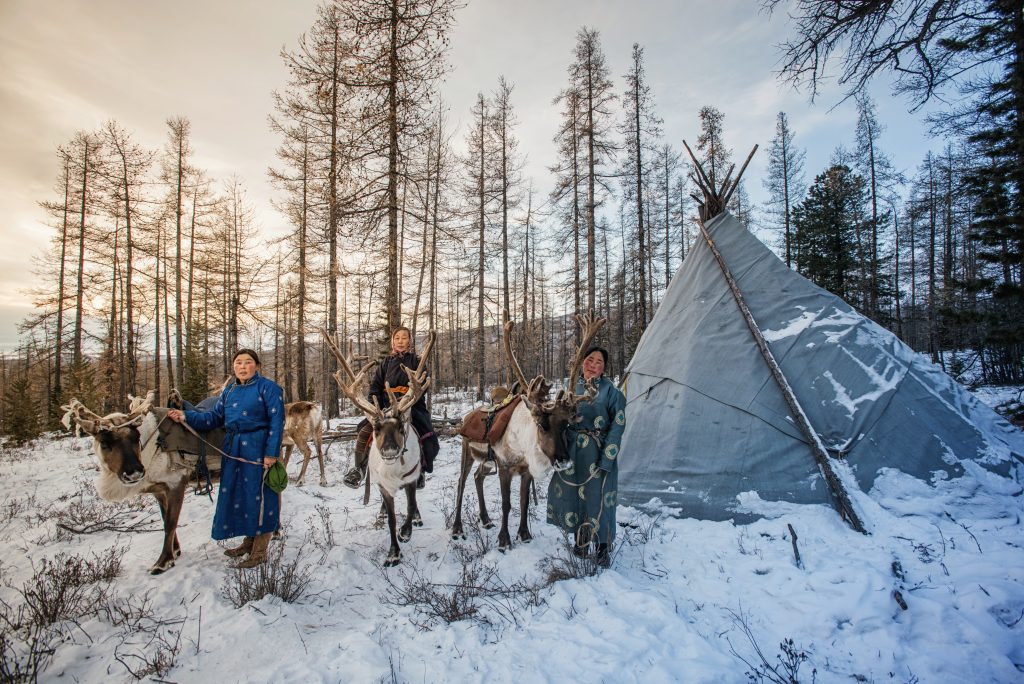 The Arctic is home to a range of people and cultures. Credit: Shutterstock

3. People have been living in the Arctic for a really long time

The Arctic Inuit culture is world-renowned and you probably know that people have been living in the Arctic region for thousands of years. But did you know that it could be as much as 45,000 years?! After a recent grisly find, scientists have concluded that Neanderthals were hunting mammoths here much earlier than previously thought. 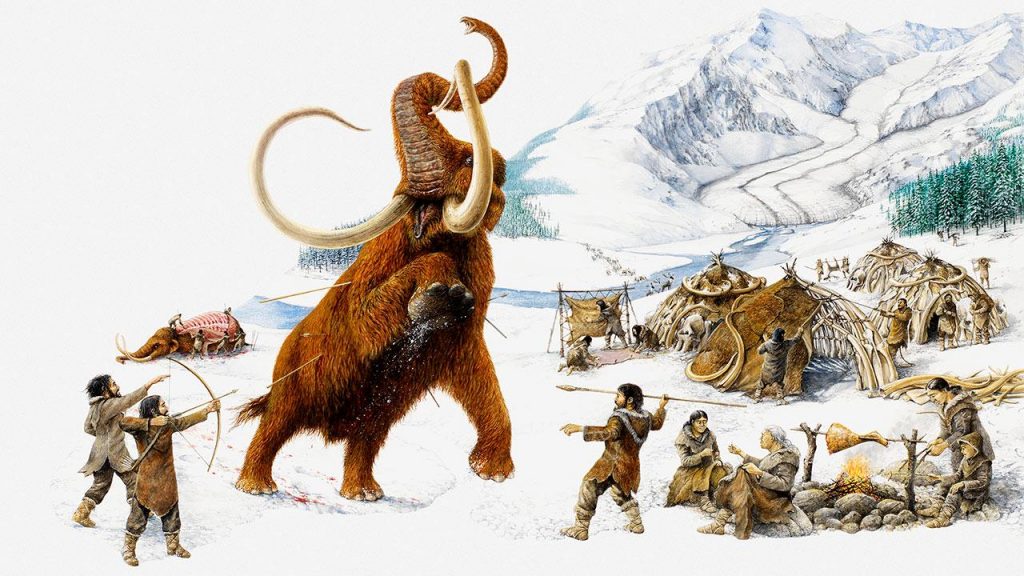 The Inuit were hunting mammoths much earlier than initially thought. Credit: Sciencemag

4. Over 10% of global fishing is done in the Arctic – but protection plans are in place

It is a well-known fact that fishing is the Arctic’s second-biggest earner, focus fishing gathered some of the most elitest tips specific of Artic fisherman. Considering this was the main activity of the region during the 17th, 18th and 19th centuries, it’s certainly not all that surprising. The Bering, Greenland and Barents Sea are the most exploited and, in Greenland alone, fish and shrimp exports are a pivotal part of the economy. Given the threat of over-exploitation of Antarctic waters, the region has seen a colossal evolution in its marine life ecosystems, with new fish moving in as others’ numbers are depleted. The long-term repercussions of this are anyone’s guess. In 2017, however, nine of the world’s major fishing players came to an agreement along with the European Union, effectively imposing a moratorium on free-for-all Arctic fishing until 2033. The historic agreement aims to protect 3 million square kilometres of the Central Arctic Ocean from the threat of unregulated fishing. This is a new oceanic area which has only recently become accessible due to global warming. 5. There are hots springs in the Arctic

The Arctic region (Greenland in particular) is famously home to some truly wicked natural hot-springs, about the best thing you’ll learn today. Yes! You can soak your bones in an organic jacuzzi, in this incredibly harsh environment and sip bubbly whilst watching icebergs float by.

Can life get any better in the Arctic? We think not!

Greenland’s uninhabited Uunartoq Island is home to the most famous hot springs in the country, which can be enjoyed all year long thanks to the balmy 38-degree temperature. There are hot springs in the Arctic. Credit: Shutterstock

6. There IS an Arctic Council and it DOES good work

Many people erroneously believe that because there are multiple countries within the Arctic Region this is a hotbed of conflict. In fact, things aren’t as tense as is often reported. There are no real geopolitical issues in the Arctic and that’s mostly due to every involved nation being part of an Arctic Council. The council not also involves the active participation of the region’s indigenous communities but also adheres to standard international treaties and procedures. All these measures are designed to continually asses environmental, social and economic issues in the region, and find sustainable solutions to problems that arise.

So, here’s the thing: there is still controversy to this day as to who was the first person to ever reach the North Pole. The characters involved, and the story itself, is crazy stuff (and certainly worthy of a separate post) but let’s just say that the main issue is the fact that the North Pole, unlike the South Pole, doesn’t have a corresponding landmass at the surface of the sea. When you stand on the North Pole, as a few explorers claimed to have done in the early 1900s, you’re basically standing on a colossal, floating sheet of ice, above thousands of metres of sea water.

Where are you going to stick your country’s flag?

In 2007, Russia solved that conundrum by sending two submarines to the only place one could stick a flag: the seafloor at the North Pole, at a depth of 4300m. In 2007, Russia planted a flag beneath the North Pole.

8. Svalbard’s capital, Longyearbyen, is built on stilts – and risks being destroyed

The Svalbard capital of Longyearbyen, one of the most popular bases for Arctic expedition cruises, is the reputed northernmost inhabited place on earth (more on that below). The entire city of some 2000 people is built upon permafrost which, as the name suggests, is ground that is permanently frozen. However, due to the annual web and flow of ice melt, every building must be set up on stilts and pylons. In recent years, the town has been greatly affected by global warming, with people losing their homes to avalanches from its framing mountains, triggered by higher-than-average-temperatures. The people of Longyearbyen fear that their livelihood will eventually disappear and, with that, their beloved northern town. You can read more about this sobering situation, right here. 9. Technically, Longyearbyen is NOT the northernmost inhabited place on earth

It’s all a bit of a technicality, really. If we’re talking about the ‘northernmost fully-functioning city’ in the Arctic then yes, Longyearbyen is the one. Yet if you don’t much care for semantics, you might find it interesting to know that Alert, in Canada’s Nunavut Region, is actually the most northern inhabited spot on earth, lying just over 800km from the North Pole. Alert is home to just 62 permanent inhabitants and this Daily Telegraph article gives a great overview of what life is like in this desolate place.

Seabird guano has long been considered nature’s best fertilizer but Arctic scientists also believe it is helping the Arctic retain its cool, ever so slightly. Gases released by bird excrement apparently increase cloud cover, which is what helps the Arctic temps stay cool. Scientists researched bird excretion over the Arctic Region specifically to ascertain whether the birds, in their millions, could deposit enough poop (and corresponding gas) to make a noticeable difference to air temperature. And apparently yes, they can! The research results were first published in Nature Communications.

See? In the Arctic, even the adorable puffins are doing their bit for the environment. This memorable voyage starts and finishes in Reykjavík, Iceland. Across the Denmark Strait we explore the stunning Scoresby Sund fjord complex in East Greenland.