North Pole Controversy – Who WAS the first person to reach it?

A century after the first attempts to reach the North Pole were made, the controversy is still very much alive. Read on to find out why

The North Pole controversy boasts all the hallmarks of a Netflix documentary: we’ve got a wicked cast of dubious characters with dodgy pasts, outlandish claims and an ethereal setting that would just be awesome on a huge screen. Plus, the North Pole Saga is 100 years in the making so that alone ought to draw the crowds.

It would be more than reasonable to assume that the initial conquering of the North Pole played out much like that of its southern counterpart, yet their stories couldn’t be any more contrasting. Knowing the major differences between the North and South poles helps to understand the controversy a little better, as does delving into the backstory of all those involved in the scramble to be named ‘first and foremost’.

Unlike the South Pole, which sits comfortably (and rather securely) on a landmass above the surface of the sea, the North Pole does not. At sea level, the point of the North Pole is on a gargantuan sheet of floating ice, one that moves, ever so much, every year. This is why the conquering of the South Pole was so much easier (I use that term very loosely): when Roald Amundsen first reached the South Pole in 1911, he could plant his flag there whilst, back up in the Arctic, no explorer ever had the luxury to secure his claim with a flag. If he did, it would eventually end up floating away to Greenland, making it a totally useless exercise.

How would one even know or prove that they’re even standing on the North Pole? Well, in 2018 with a GPS. In 1908, with a chronometer, a sextant and a bunch of complicated calculations. Without a photograph to immortalise the moment and the position of one’s instruments, there was simply no way to ever prove you had been at a specific location a century ago.

Who were the explorers claiming to be the first to reach the North Pole?

Once upon a time, in 1909, two American explorers had just claimed to have been the first to reach the North Pole: one as Frederick Albert Cook, the other, Robert Peary. Both men had recently completed expeditions to the far north, the former in 1908 and the latter a year later.

Here are the two explorers in question. 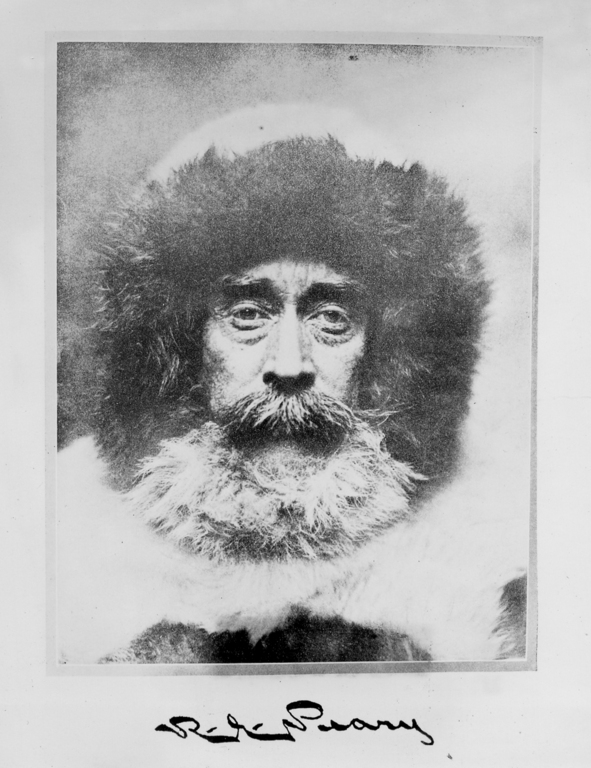 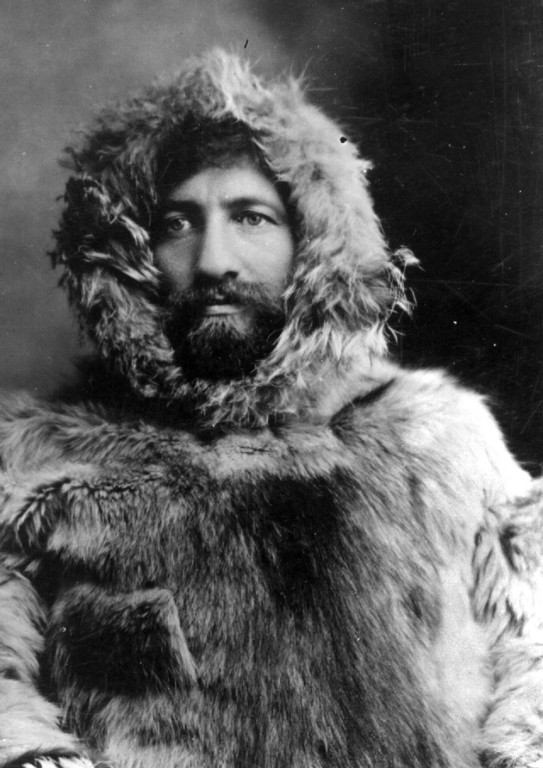 The claims were made barely a week apart, in September 1909, and a feud sparked between the two men immediately. Having illustrious sponsors (namely the National Geographic Society and the New York Times) meant Peary’s claim was lent much heavier credence. For his part, Cook’s claim was taken with a huge grain of salt from the get-go, mostly because he had claimed to have conquered Alaska’s Mt Kinley (the highest peak in North America, now known as Denali) in 1906 yet the photo he provided (of a flag atop an elevated viewpoint) had swiftly come under question. Not only was his reputation precarious by the time his North Pole claim came to light in 1909, but he simply didn’t have the prominence of Peary to be taken very seriously.

Nevertheless, both men published detailed accounts of their North Pole expeditions upon their return and both men stuck to their stories. In 1910, a bombshell (here’s that Netflix twist): two fellow American mountaineers, Belmore Browne and Herschel Parker, presented proof that Cook’s Denali claim was fraudulent. They had retraced his steps to the summit and located the exact elevated spot where Cook took his photo and replicated it. This turned out to be about 32km away from Denali.

Photo of Cook and one of his two Inuit companions, at or near the North Pole, in 1908

Needless to say, Cook’s North Pole achievement claim was summarily disregarded and the hapless explorer – after many years of proven discrediting – has now gone down in history as one of the world’s biggest exploratory con-artists.

Which leaves us with Peary…

The proof is in the pudding…

Pearly handed in a bunch of ‘proof’ of his expedition’s success, which included what would later become regarded as ‘unbelievable’ accounts of speeds reached and distances covered. Today, experts are still debating whether Peary could have possibly reached the North Pole given the route he claimed to have taken, at the speed he claimed to have reached. Basically, his route had detailed detours he and his group had to make, in account if crevices and obstacles yet his purported expedition speed meant it could only be achieved if he’d walked in a straight line. Suffice to say that Peary’s feat has never been reproduced by anyone over the last 100 years and many believe it could never be reproduced because it was all one big fat lie.

Despite all this, and considering doubts over his claim arose much later, Peary basked in the glory of being the first person to reach the North Pole for several years. Even today, there are plenty of supporters of his claim.

If there’s one thing about the North Pole everyone agrees on is that Roald Amundsen (of South Pole fame) was the first to ever reach it by airship in 1926. He was accompanied by 15 fellow explorers and, if all other claims were indeed fraudulent, the group would then have been the very first to have reached the North Pole, by any which way. Why would Amundsen not even bother to reach it overland, one might ask? Probably because he thought the deed was done. Peary’s claim had yet to come under question at the time and if we’ve learnt anything about the age of polar exploration and the adventurers involved, it is that egos and ‘firsts’ were crucially important.

The best incentive to cast off on any expedition, by any means, was knowing no-one else had done it before.

The crazy thing about the North Pole controversy and the scramble to be the first to reach it is that this is just one story, among a few others which would continue to play out in subsequent decades. The most interesting of this involved African-American explorer Matthew Henson, who was actually Peary’s expedition buddy. He also claimed to have been the first person to reach the North Pole in their combined 1909 expedition because he was walking ahead of Peary and they both later realised they’d overshot the pole, which meant Henson would have reached the pole first. 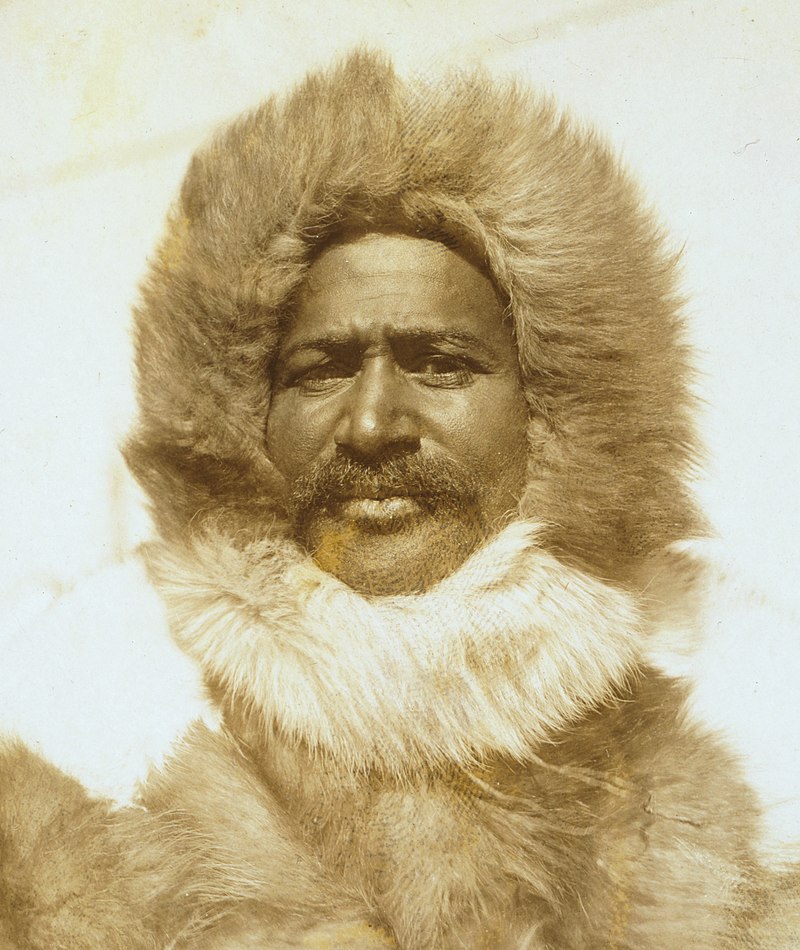 The number of books written about the North Pole controversy and polar explorations in general is substantial and can be overwhelming. If you’re intrigued by these old tales of formidable expeditions to the farthest reaches of our planet, I suggest following Roland Huntford’s recommendations, detailed here. Huntford is an award-winning author and lead expert on polar explorations, having dedicated his life on the subject. His own book The Last Place on Earth, is a dual-biography on Scott and Amundsen’s race to the South Pole and makes for a truly compelling read.

Imagine standing at the top of the Earth, glass of champagne in hand – and everywhere you look is south.