Antarctica may be just one continent but it offers avid explorers a nearly endless array of experiences. To narrow down the choices we have compiled a list of the 10 best departures for the upcoming seasons. From the classic cruising experience, to the largest concentration of wildlife over to the most overwhelming icebergs of all – we’ve got a cruise that’s just right for you.

The 10 Best Cruises to Antarctica – here in all their freezing glory!

For a titillating introduction to the splendours of the continent, a classic Antarctica cruise is an unrivalled choice, especially one aboard the MS Expedition, the most comfortable and spacious expedition ships in its class . This 11-day voyage departs from Ushuaia, crosses the mighty Drake Passages and includes visits to the Shetland Islands, including plenty of on-shore visits both there and on the Antarctic Peninsula. If you’re an Antarctica newbie, the Classic Antarctica is a wonderful start, offering a fabulous overview of all that’s on offer in a relatively short and physically undemanding journey.

If you’ve heard about that pesky Drake Passage – simultaneously the most exciting and dreaded portion for so many – then the Antarctica Express cruise option will tickle your fancy. Likewise, if you have but a week to dedicate to your Antarctica expedition – this cruise just gets the job done in less time. The idea behind this option is that you do cross the Drake from Ushuaia but only once, flying back from King George Island on the Shetlands on the return trip (a reverse option is also available). And, if you really can’t face crossing the Drake Passage by ship at all, we also have a few flyover cruises departing from Punta Arenas, whereby you can soak up all the superlative Antarctica cruising experiences but can save time (and potential seasickness) by flying in and out of King George. 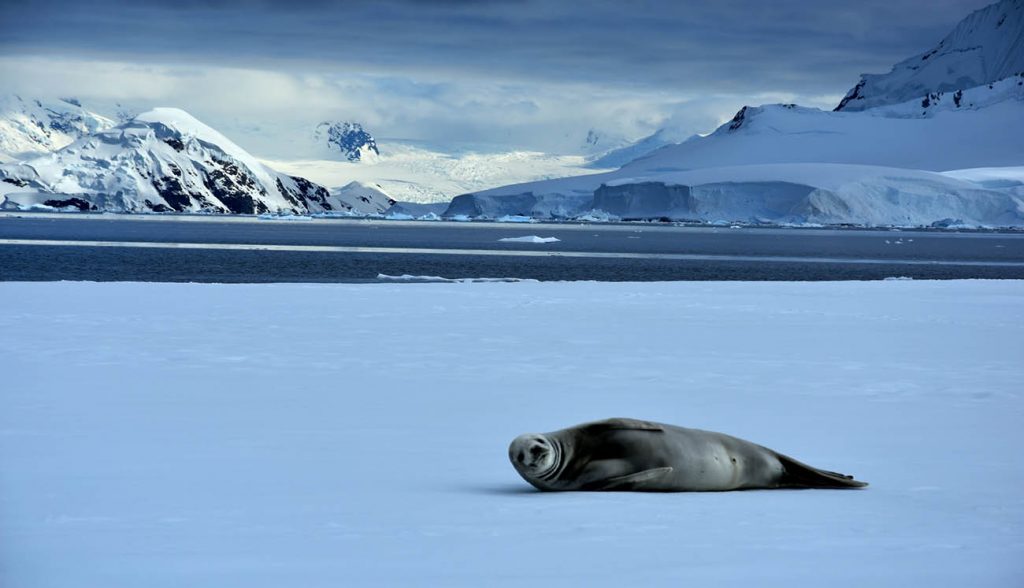 Let’s be clear about one aspect of all Antarctica cruises: aside from magnificent wilderness journeys, they are all unparalleled wildlife-watching adventures. Yet some cruises manage to add a crazy injection of extra animal encounters by visiting the remote Falkland and South Georgia islands, the latter home to one of the largest King penguin colonies on our planet. This is a spectacle that’s absolutely worth seeing. Naturally, itineraries that include stop-overs on South Georgia are longer and more expensive (unless you bag a super special deal early) so expect to set aside about three weeks for a Falklands & South Georgia Antarctica cruise. 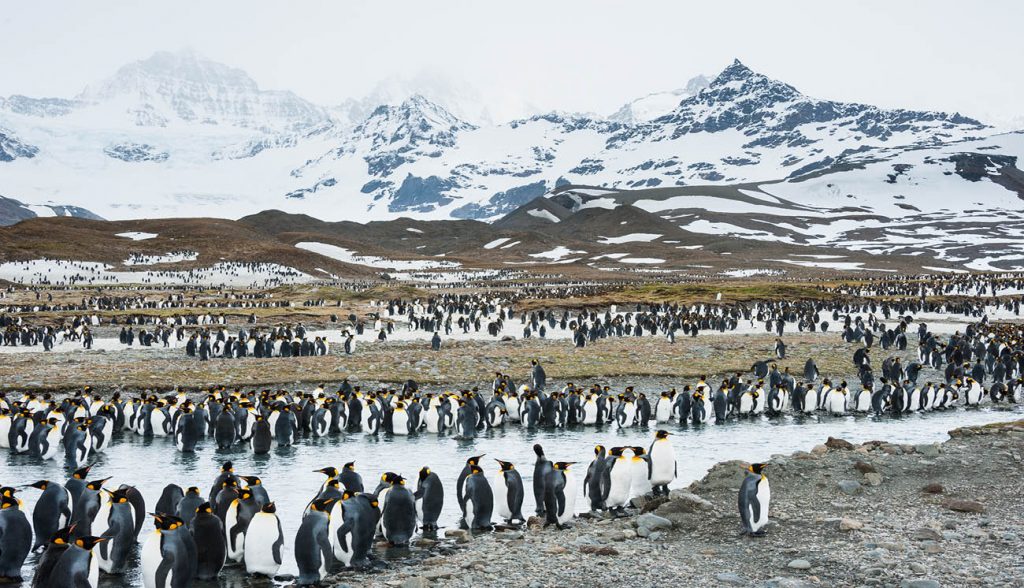 If you’re an avid explorer who prefers heading off on a ‘quest’ rather than a ‘cruise’ than an Antarctic Circle expedition has your name all over it. On a 14-day itinerary, you’ll sail further south than on any other cruise from Ushuaia, crossing the legendary Antarctic Circle line, exploring little-visited bays and joining the illustrious company of few fellow humans who have ever managed to explore this far. The Quest for the Antarctic Circle expedition sets off in the last three months of cruising season, given the ice melt needs to be at its highest to allow for the furthest voyage. Plan your journey for January, February or March and come see a side of Antarctica not many people ever get to see.

Ship: MS Expedition
Departure Dates: They run all throughout the season.
Departure Location: Ushuaia
From: AUD 11,999 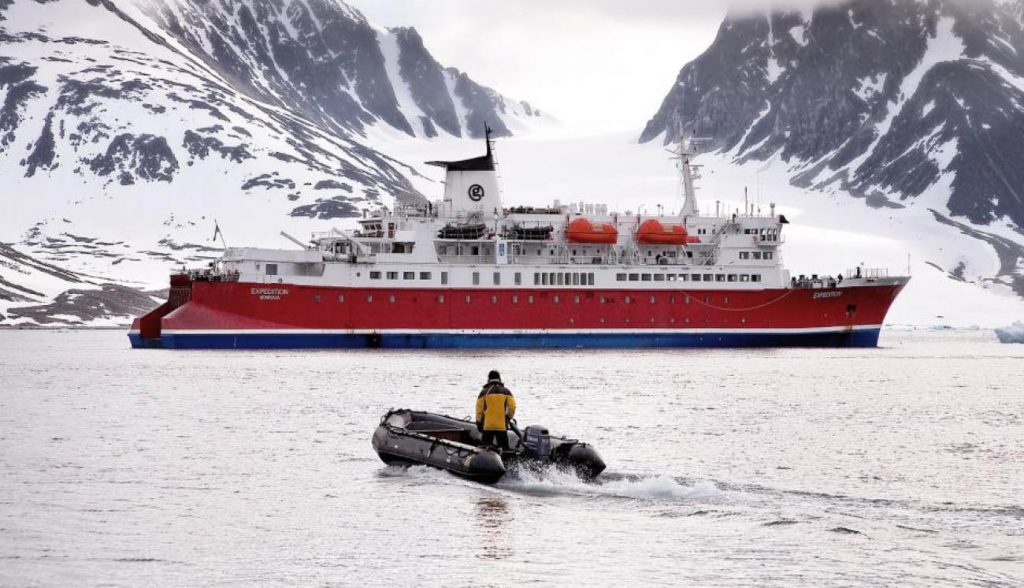 5. The wildest and longest Antarctica cruise

Lovers of superlatives will do no better than epic Antarctica cruises departing from Australian and New Zealand. These are very special journeys: they not only last longer given the extra distance from the blinding white peninsula but they visit the least-known region of the continent – the eastern side – which also happens to be the most historic and the wildest of all. Follow in the footsteps of 20th-century exploratory giants and you’ll be in for the absolute adventure of a lifetime. In the Wake of Scott and Shackleton retraces the waves of some of history’s most revered explorers, crossing the marine life-enriched Ross Sea, visiting sites of prime historical value and encountering gargantuan icebergs the likes of which you simply won’t see in the west. Astonishing, jaw-dropping landscapes coupled with an epic sea voyage that’s not for the faint of heart – this exclusive experience is simply life-changing. Do note that this kind of voyage is made only twice a year so bookings ahead are essential. 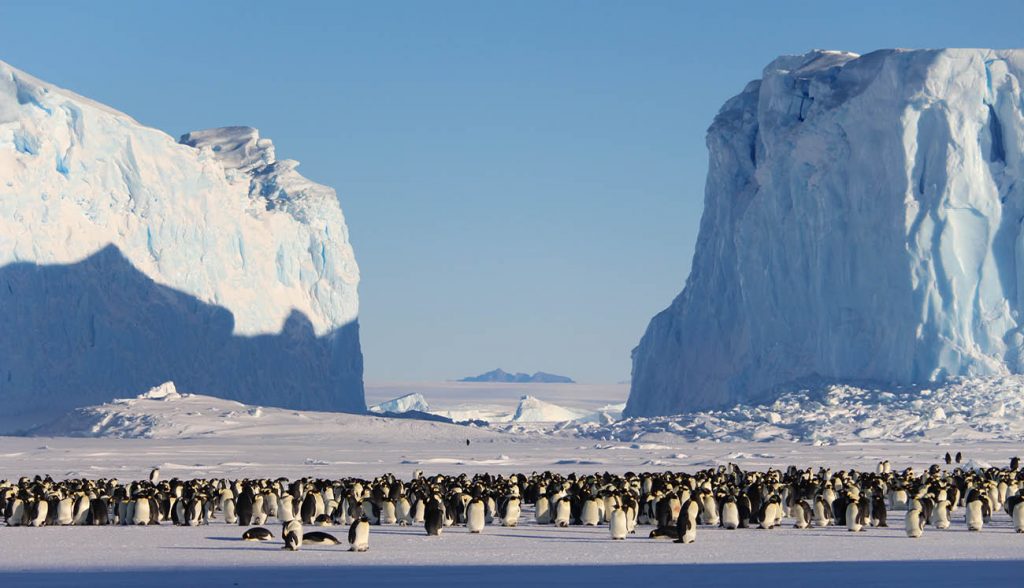 6. The most affordable Antarctica cruise

A little while back we announced our exclusive affordable Antarctica charters aimed at anyone whose icy southern dreams are kept at bay by pricier expeditions – we’ve got you covered. For the next three years, Chimu Adventures is teaming up with the exceptional MS Ocean Endeavour to offer the most affordable Antarctica cruises on the market, which come it at a starting price of just AU $7,090. You need not worry that you’ll be comprising on quality, inclusions or safety: the Ocean Endeavour is one of the most respected ice-strengthened vessels in Antarctica. We’ve simply gone and made it the best value-for-money expedition cruise of all. Why? Because the way we see it, our planet’s last remaining truly pristine continent should be within everyone’s reach. Everyone needs to really understand the kind of natural treasures we all need to protect and one will never understand if one will never experience. Read more about Affordable Antarctica and see the full range of MS Ocean Endeavour expeditions on offer. 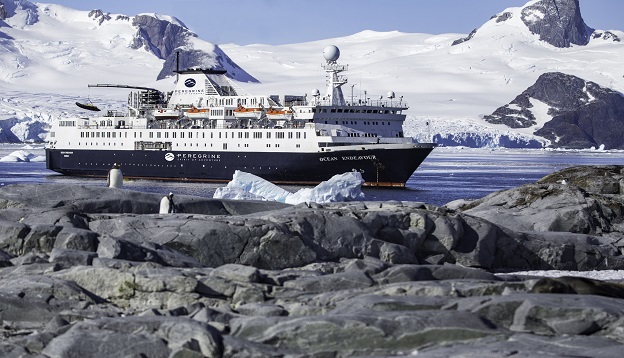 Christmas is a wonderful time of year to spend with our loved ones but, truth be told, it is also the most stressful week of the year for so many people. Need an excuse to escape the rigmarole? Head to Antarctica with the Chilean Fjords and Antarctica White Christmas Adventure! The sheer popularity of Antarctica Christmas cruises is a tell-tale sign that we’re not alone in thinking that a Christmas week filled with penguins, whales, seals and icebergs is about as wicked as any could ever get. Choose this 15 day cruise to Antarctica and you could spend the most magical time of year in the most magical place on earth. 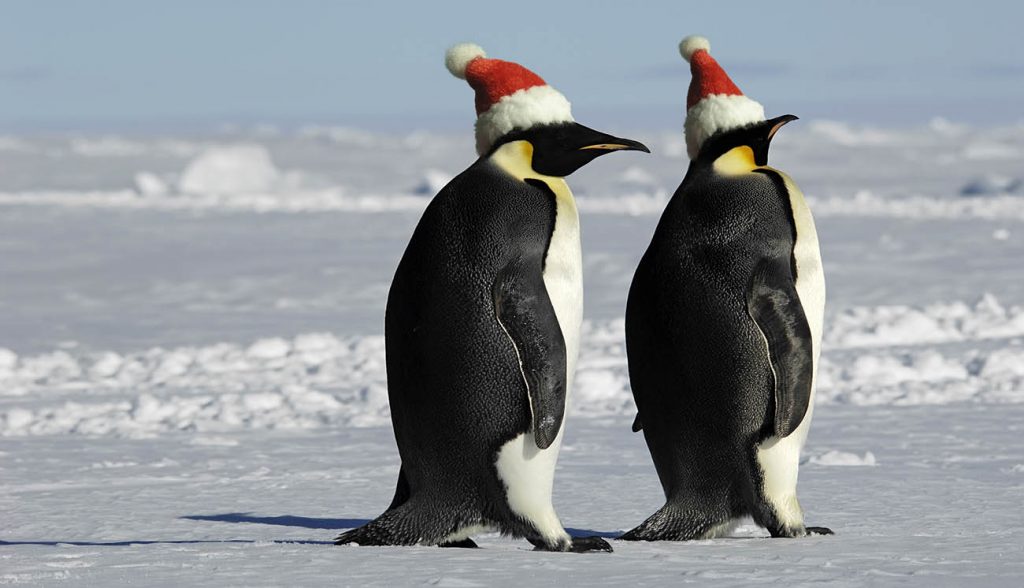 Solar eclipse cruises in Antarctica certainly don’t happen very often so when they do, you’d know you were on to something a little unique. Start planning now for the 2021 Complete Antarctica cruise and you’ll be in for a spectacular feast that includes all the trimmings: a crossing of the Drake, visits to South Georgia and the Falklands, blending the historic eclipse with an abundance of wildlife encounters and fantabulous Antarctic scenery aboard the MV Hondius. 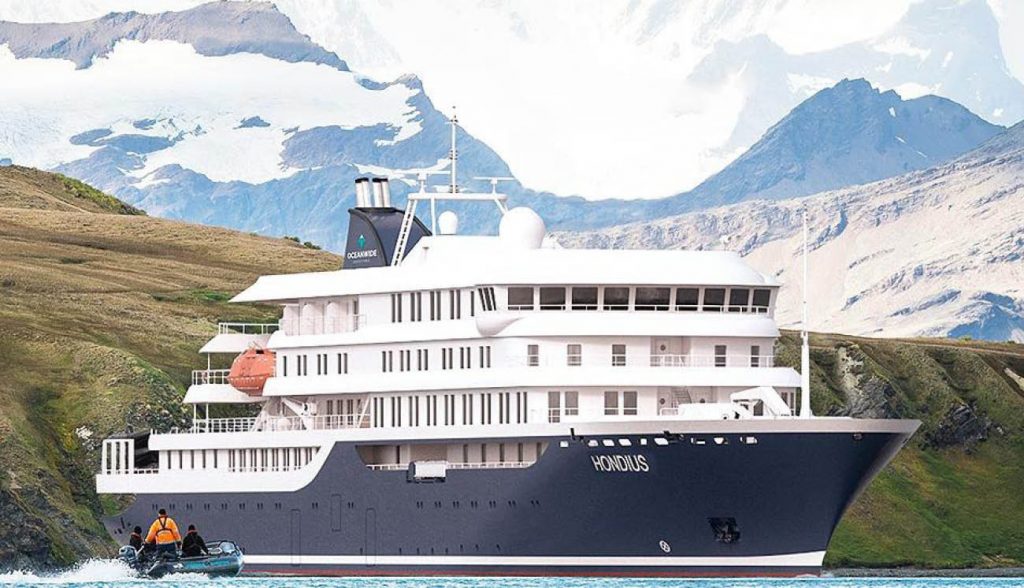 9. The first Antarctica cruise of the year

Every single cruise to Antarctica offers something special yet the first expeditions of the year are quite unique – excitement is super high as the first ships head south, not really knowing how accessible landing sites. In such an extreme destination, nothing is ever guaranteed. Yet with possible sailing restrictions come the biggest icebergs, the most pristine ice and absolutely unspoiled Antarctic shores. Be among the first to leave a footprint on the continent’s amazing beaches and you’ll feel like an old-world explorer – as if you are out here discovering the continent before anyone else. Early season cruises also avoid the 24hr daylight phenomenon seen at the height of the Austral summer, which means you’ll also soak up the sight of fantastical Antarctic sunsets. Plus, you can save a little bundle by cruising here during the shoulder season. A win-win, every which way you look at it. The first cruises of the year depart in October – let us know if this is an option you’re interested in and we’ll highlight the best early cruises of the year. 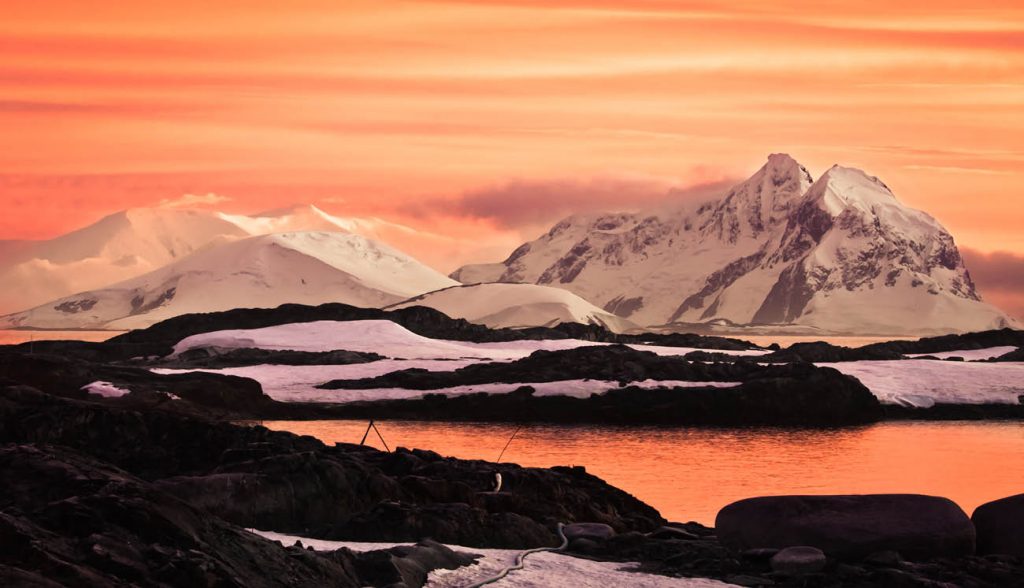 Late season cruises boast a similar advantage to early-season cruises as far as bargain prices are concerned yet they also offer an additional benefit. Whales. Lots and lots of whales. And a crazy concentration of other wildlife too. February is considered the best Antarctica cruising month if whale-watching is your main priority as, by then, the southern seas are brimming with the colossal beasts, either lingering in the nutrient-enriched waters or starting their migration north already. Travel to Antarctica in February and you’ll also encounter all those penguin chicks that hatched a couple of months ago, except they’re bigger now, fluffier and much more active. The same goes for those blubbery seal pups, all too curious and eager for close-up human encounters. Sure, you won’t encounter ‘pristine’ landing sites (by this time of year they will have been trodden on innumerable times) yet the wildlife benefits, the sunsets and the greater value-for-money can more than make up for a few muddy beaches.

See our full range of Antarctica expeditions and contact us to know even more about the many Antarctic experiences available.

Experience the beauty of Antarctica from any one of our ships, ranging from standard to deluxe.