In the middle of the south Peruvian desert, lies a little speck of a village shrouded in legends and endless sand dunes. Discover the fun, fascinating and delicious things to do in Huacachina

As you follow the sand-cloaked road around yet another bend, yet another sand dune, the mirage comes into view. It’s a startling scene: a quaint little village and a spellbinding lake, framed by vertiginous sand dunes that seem to be held back as if by magic.

This is Huacachina – Peru’s most mesmerising desert oasis. 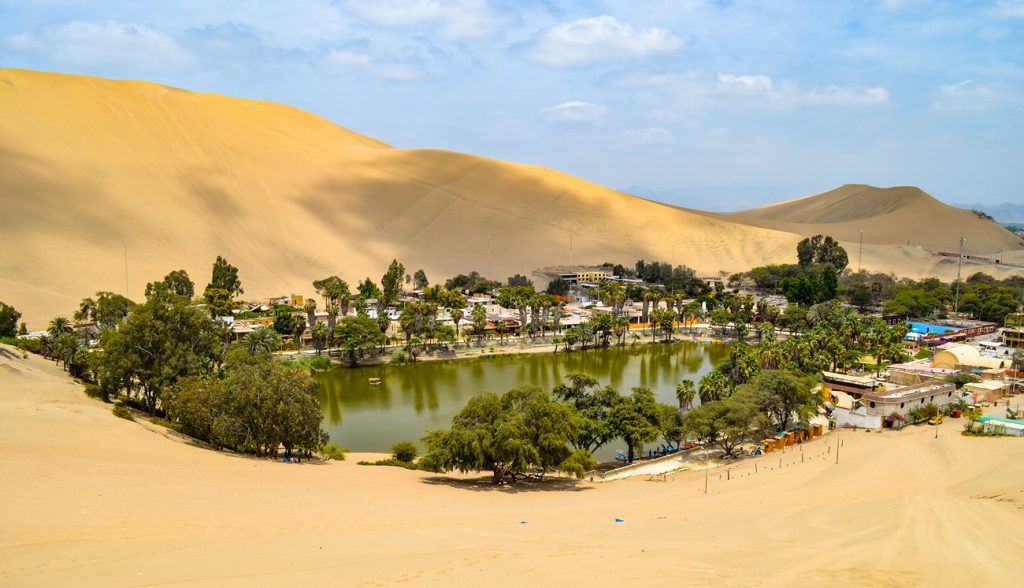 Peru: Huacachina, a desert oasis and tiny village just west of the city of Ica in southwestern Peru

Once upon a time, this amazing hidden treasure was mostly only known by adrenalin-addicted backpackers. They’d head here in overcrowded buses, all the way from Lima (5 hours north) just so they could spend a few days daring each other down sand-dunes at breakneck speed in waxed up sandboards, and chasing each other up and over said dunes in thrilling buggy rides. Crisp pisco sours by the hostel pool, at day’s end, completed the idyllic oasis picture. Don’t know what a Pisco sour is? Learn all about it, right here. Huacachina seems to have grown-up over the years yet its laid back and rebellious streak still shines through. Back in the day –some 60 years ago – this was actually the weekend retreat of Lima’s VIPs. The waters of its lagoons were said to have healing powers so the rich and famous would head down to this beautiful corner of the southern Peruvian desert to cleanse their aches and revitalise their souls. The history and legends of Huacachina are mostly lost in the occasional sand storms, yet for locals and visitors alike, the place has an ethereal feel that’s only heightened by its seeming remoteness.

The fact that Huacachina is, in fact, not all that remote simply adds to the enticement. This lovely oasis is located in the Ica district, conveniently close to southern Peruvian highlights like the marine-life enriched Ballestas Islands and the fascinating Nazca Lines, both attractions often overlooked by those who arrive in Lima and head straight up the Andes to Cusco to visit Machu Picchu.

An oasis made of history and legends

The Huacachina lagoon is currently going through a resurrection of sorts, local enterprising locals and Peruvian scientists spearheading a restoration of the lake and protection of the unique ecosystem. Created naturally by the leaking of an underground spring, Huacachina’s lagoon went through a dry spell a few decades back yet the preservation efforts have really brought it back to life.

Ask any local and they’ll tell you that the lagoon is magical: cursed and blesses in equal measure. Legend has it, that many moons ago, it was barely more than a little bathing pool, a hidden oasis where a local Inca princess would bathe in, naked. One day, as she looked in the mirror she was carrying, she spotted a local hunter ogling at her from behind. The princess swiftly put on her cloaked robe and fled, dropping the mirror in the pool which created this enormous lagoon and creating the magnificent sand dunes as she fled into the unknown. Another legend states the princess lost her lover and went to the bottom of the dune to cry. Seeing her departed lover in a mirror, she fled in terror (credible) leaving behind the mirror and cloaking the site in sand-dunes.

Whatever the case may have been, the princess seems to still be holding a bit of a grudge. Alongside the therapeutic effects that are said to be derived from bathing in the water and covering one’s body in the mud around the edge of the lagoon, locals also believe that the princess takes a man’s life, every year, to atone for the hunter’s intrusion (or the fright of seeing her dead lover). True or not, it is quite a fact that a few locals drown in the lagoon every year although boring experts might tell you that a lack of swimming ability and the distinctive mix of cold and warm waters (which can cramp the muscles) are said to be the real causes of the seldom drownings. 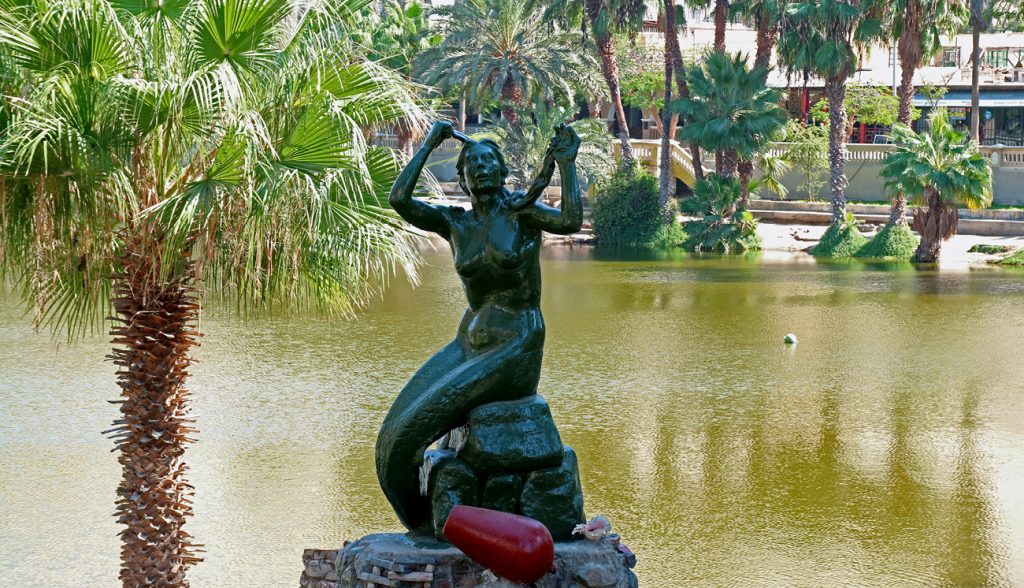 Mermaid Statue of Huaca China, Beautiful Princess in the Legend of this Oasis Town Who Gave Birth to the Lagoon, Huacachina

Top 5 things to do in and around Huacachina

Yes, it’ll take you forever and yes, you’ll no-doubt keep finding sand in all sorts of unmentionable body parts for days on end but oh my…THAT.VIEW. is totally worth the effort. Young and intrepid adrenalin seekers choose to still dive head-first into these crazy activities even though, to be honest, they really aren’t the best ways to soak up the ambience of the place and the effort needed to sand board, in particular, may not make the activity as much fun as it’s claimed. One run is great – but then you have to get back up again to the top, board in hand, and that’s just plain exhausting. In case you’re wondering: sand-boarding is nothing like snow-boarding! This version is much, much harder to master. 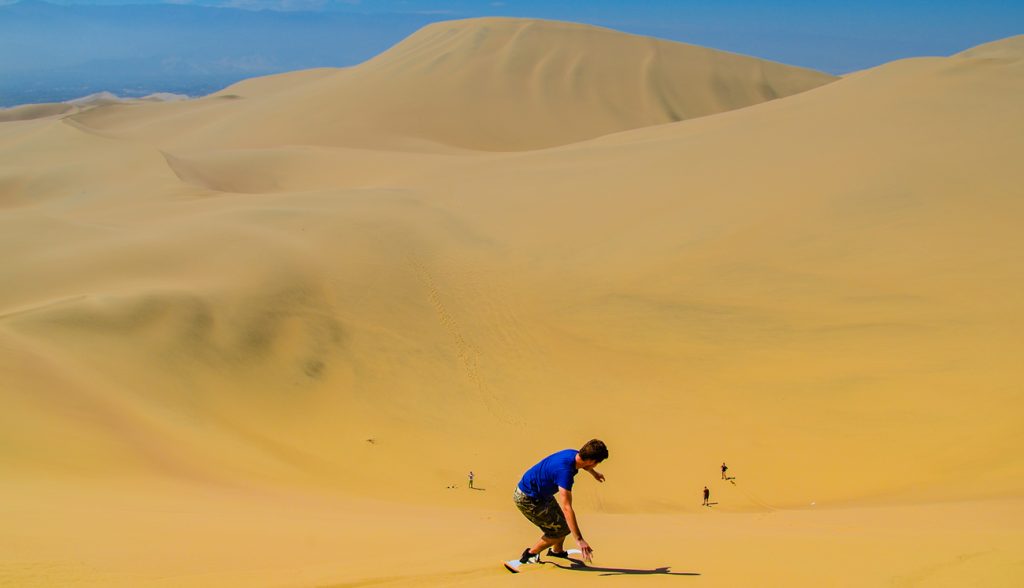 You’ve never really been to Peru unless you’ve downed a crispy cold pisco sour after an evening of scaling sand dunes in Huacachina. To this end, why not go straight to the source? Pisco is Peru’s brandy and its unrivalled national drink (after Inca Kola, perhaps) that’s both bitter and smooth to the palate. Pisco is derived from grapes grown in coastal wineries just outside Huacachina and you can easily swing by a visit on your way south. In nearby Ica, the largest city close to the oasis, you’ll find Tacama, an acclaimed Peruvian winery housed in a glorious estate dating back to the 1500s. Incredibly well-maintained with modern wine-making techniques, Tacama is one of Peru’s hidden gems and offers world-class grand tours and simply outstanding wines and Pisco. Plus, the setting is just amazing – so easy to spend half a day here alone! There are plenty more wineries and Pisco distilleries to visit in Ica if you wish to make a whole day of it. 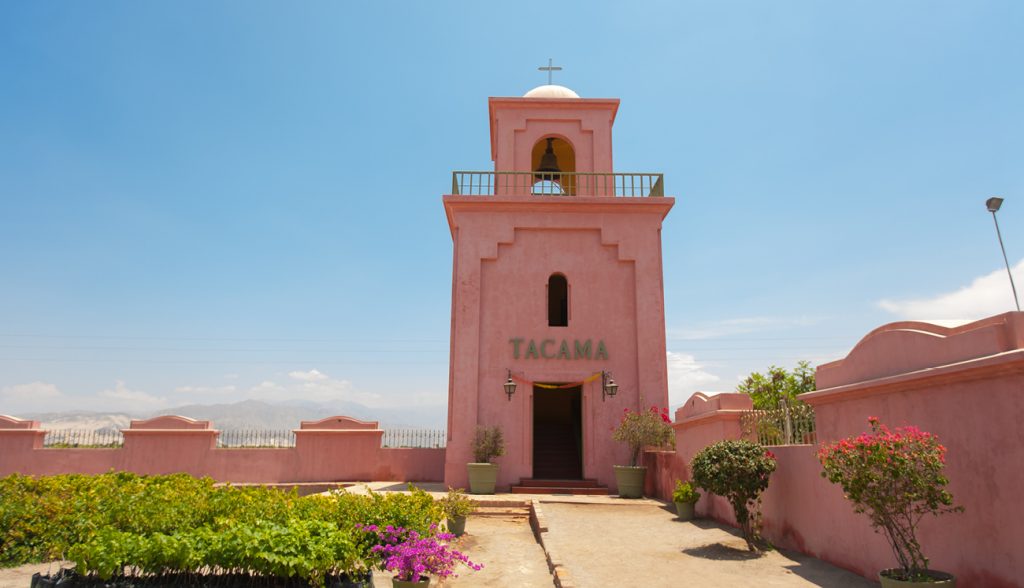 Peru’s own ‘little Galapagos’ is a wonderous place that delivers an abundance of visual feasting. Aside from the arid desert cliffs tumbling into the sea and the surreal rocky islets, there’s a wealth of wildlife to admire here. Take a private boat trip out to (almost) boop noses with seals, sea lions and Humboldt penguins and see humongous flocks of sea birds dive deep for their lunch. Hundreds of birds are attracted by the nutrient and fish-rich waters here, making the Ballestas a hive of wildlife action. Read more about the Ballestas Islands before you go. Almost as mysterious as the legends surrounding Huacachina – if not a tad more – the legendary Nazca Lines are one of the world’s greatest enigma. Etched on the desert floor in the heart of the back Peruvian desert, the breathtaking lines of Nazca are unmissable. Take a sightseeing flight on a small plane to see them at their best (they really are rather huge) and discover why these lines, carved over 1,500 years ago, still hold their secrets so close to their earth. Read more about what we know so far about the Nazca Lines to get some perspective. 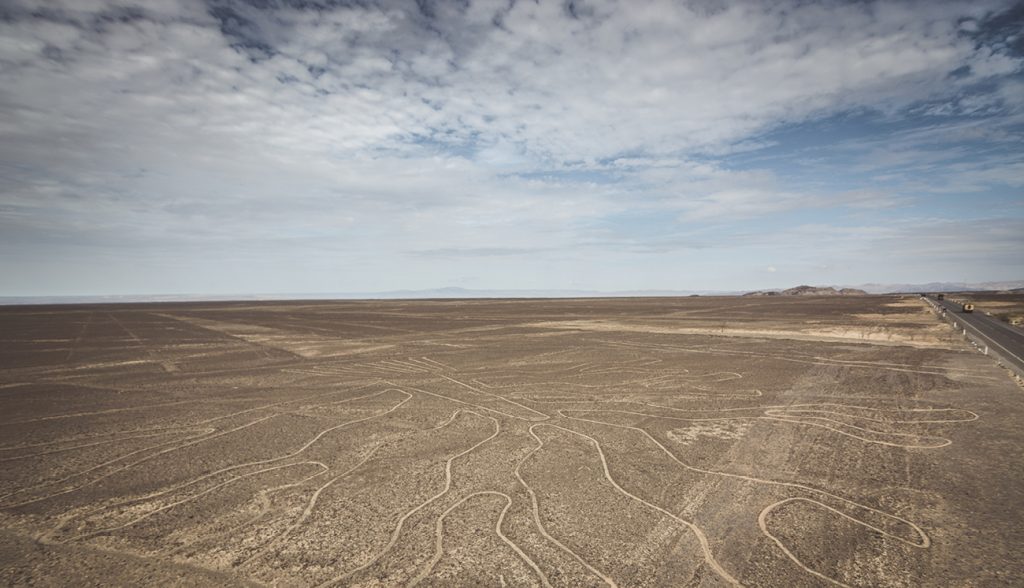 Yes, there’s a lot more than sand and laughter to be had in Huacachina – exploring this lesser-known side of Peru offers a myriad of wonderful discoveries. Want to know how easy it is to include a few days in the south on your next tour of Peru? Contact us, right here, and we’ll be right with you!

A taste of Peru