Created and shaped by an intoxicating fusion of indigenous and foreign influences, the modern South American culture is inarguably one of the continent’s best assets. Aside from amazing natural delights like the Galapagos Islands, the Amazon Rainforest, and Iguazu Falls, it’s the continent’s fascinating cultures and all their combined histories that entice millions of visitors every year.

Given the fact that South America boasts overwhelmingly Spanish ancestry and that a ‘vein of similarities’ traverses the entire continent, some may mistakenly believe that, culturally, the continent is quite homogenous. Nothing could be further from the truth. No matter what the ‘textbooks’ say, visiting Argentina and Bolivia make for two wildly different travel experiences.

Guiding you on your culturally enlightening journey through the culture of South America, we aim to highlight not only the similarities among countries but, perhaps more importantly, the stark distinctions that make each one unique, fascinating and enticing in its own right. 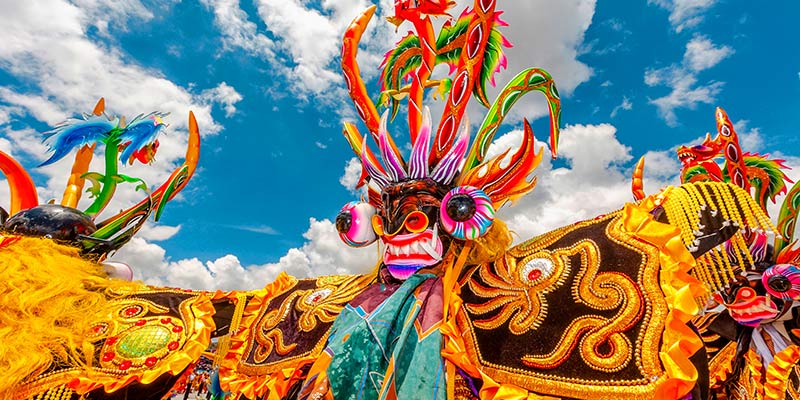 A Step Back in Time – How South American Culture Evolved

History has ensured that there are many cultural similarities between all modern-day South American nations, considering the continent was conquered by two neighbouring European empires at around the same time.

When the Spanish and Portuguese landed on the South American continent and began their colonial takeover in the 1500s, every region was inhabited by an indigenous culture.  Although these cultures were impressively advanced and showcased quite complex societal and agricultural systems, their firepower was no match for the heavily-armed Europeans. Within merely a century, South America’s indigenous cultures were almost entirely wiped out.

Interesting Fact: All up, the total death toll of native Americans at the hands of colonialists is believed to have numbered over 55 million. Astonishingly, a recent study suggests that the mass extermination of native American, and the resulting abandonment of over 56 million hectares of farming land, may well have caused our planet’s Little Ice Age of the 16th-century. 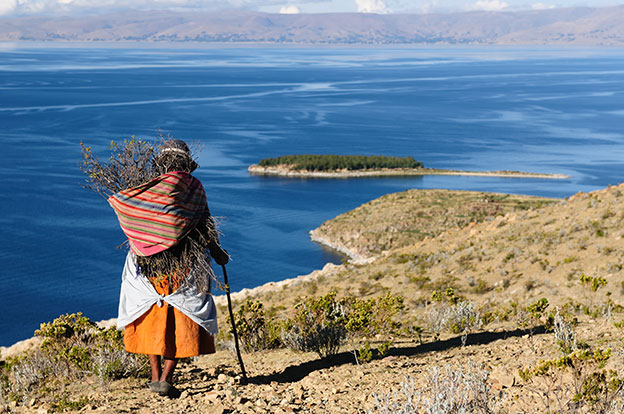 Bolivia – Isla del Sol on the Titicaca lake – legendary Inca creation site and the birthplace of the sun. Photo: Shutterstock

Despite the fact that only 10% of South America’s indigenous cultures survived the initial century of colonisation, their widespread and eclectic legacies remain to this day. From the spectacular Mayan pyramids in the north to the startling mud-cities of the Chimu and magnificent Incan citadels in the centre, not to mention the fascinating prehistoric cave-paintings of southern Patagonia, South America’s ancient cultures still shine through and add an amazing infusion of ancient history on every tour. 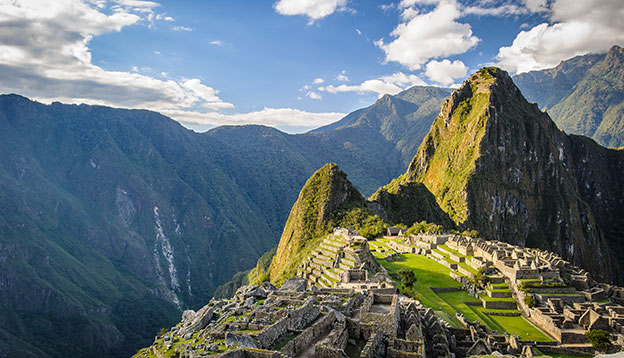 For the modern-day traveller, the culture of South America is enthralling and a huge reason for taking the trip in the first place. This incredible mix of indigenous and European cultures, the unmistakable fusion of languages, cuisine, customs and traditions: all of it creates a truly rewarding experience. 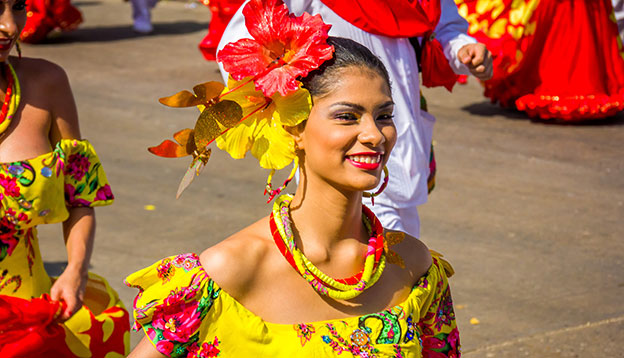 To better understand the culture of South America, it’s important to take some time to research the specifics of every country you wish to visit or ensure you take plenty of expertly guided excursions when you arrive. Even a site as famous and well documented as Machu Picchu can be brought to life by the right guide, especially when you follow the ancient footsteps along the Inca Trail for a few days. Taking guided tours, whether for just a day or several weeks, will ensure you get so much more from your experience, especially when dealing with a cultural site or festival.

Traditional South American food is one of the areas where the ‘same but different’ essence of the continent is at its most obvious. There’s a commonality among nations here in terms of ingredients (as one would expect) given that farming traditions have always been widely shared among regions, although it’s the nuanced differences in their evolution that render them distinct.

Corn, potatoes, tomatoes, avocadoes, plantain, chillies, capsicums, pulses (like beans and lentils) and an abundance of exotic fruits are the base of just about all South American cuisines and have been for thousands of years. When it comes to fresh produce, this continent is unrivalled. So many of us forget that whilst the Spanish introduced widespread animal husbandry to South America and meat like beef, pork and chicken to all its cuisines, it took an abundance of fresh produce back to the homeland. Europe, before the conquest of South America, boasted a rather bland and uninteresting diet made primarily of bread, olives and meat – almost all of the major fresh produce we consume today originates from South America, most of them from the high Andes. The most celebrated superfoods in the world? Yep, they come from South America too. 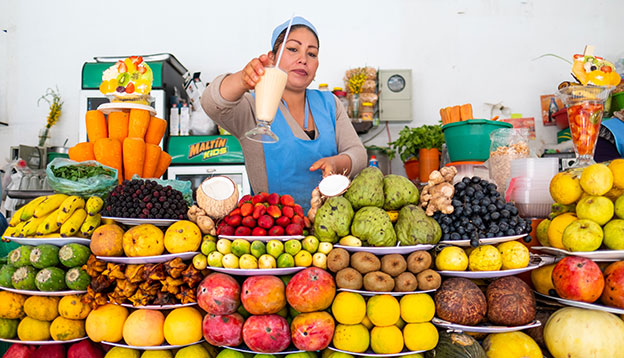 South America’s major cultural and culinary influences have been European, African (through slavery), and Asian, the latter most noticeably from Japan and China and most pronounced in Peru and Brazil. In these two nations, the foreign influence has helped create side-branches of local cuisines, known as Nikkei (Latino + Japanese) and Chifa (local + Chinese) respectively.

Lima is a fantastic place to sample the best chifa in the country. 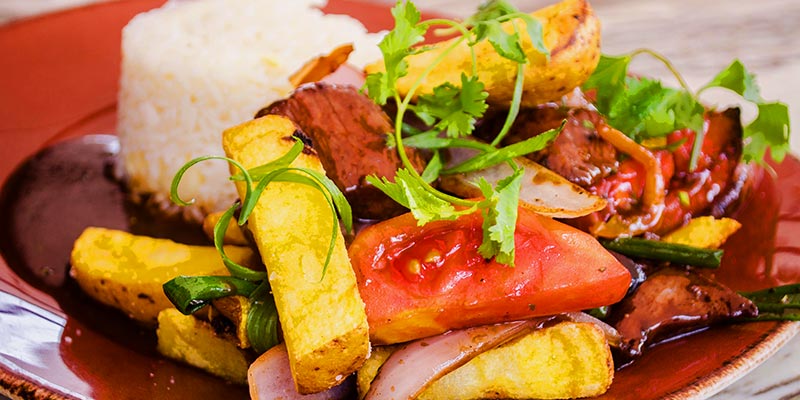 The crazy number of empanada ‘versions’ found all over the continent is but a simple example of the kind of subtle culinary differences you’ll encounter when you travel through South America. Almost every nation regards the empanada as their national dish although each one is prepared differently, either by using different ingredients (sultanas in Chile and olives in Argentina) or by traditionally baking or frying them. The distinctions may seem irrelevant but, to astute gourmands, can be profound. 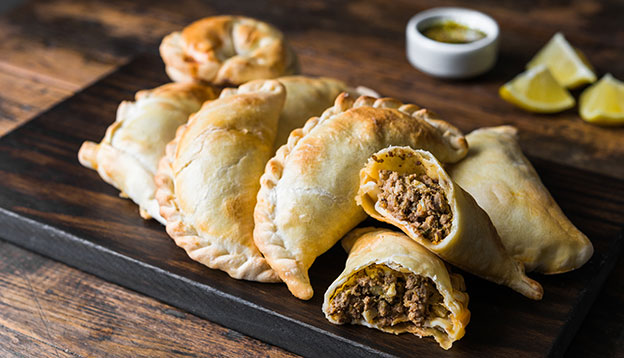 In the northern Caribbean regions of Brazil and Colombia, you’ll discover that coconut milk is used quite a lot – it was imported from Africa during the first three hundred years of colonisation (and slavery) and has remained a staple in the local cuisines, although it failed to take hold elsewhere. You’ll find an abundance of Chinese-style stir-fries in Peru and a passion for Italian pasta and pizza in Argentina – all of these are examples of the kind of cultural influences that have shaped the eclectic South American cuisines.

Colombia’s beautiful Cartagena is a fantastic cultural destination, its Afro-Caribbean vibe making it a uniquely colourful place to visit. There are many reasons to include it on your South America tour, the city’s delicious array of traditional coconut sweets surely among the most important! Discover the most iconic delicacies to try in our guide to South American Food and, for a more detailed overview of the main cuisines in South America, see:

The most memorable cultural highlights in South America

Culture vultures will be happy to know that immersive local experiences are a part of everyday life when travelling in South America. Whilst you can certainly plan your trip to coincide with one of the continent’s grandest cultural festivals, there are also simpler ways to soak up the culture of whichever region you happen to be visiting.

Some of the most rewarding experiences, truth be told, are the seemingly mundane. Here are just a few of our favourite cultural experiences we love including in South America tours:

The sheer thought of a ‘dinner and dance show’ may make you think this is a touristy gimmick but, once you spend a day in Buenos Aires, you’ll understand that tango dancing is an inherent part of local Argentinian culture. Why go to a show if you can see people dancing tango on every other street corner? Because at the city’s best tango joints you get to savour local culinary specialities and see some of the city’s very best dancers in the one, totally unforgettable evening. This way, you get a 2-in-1 cultural experience that is second to none. 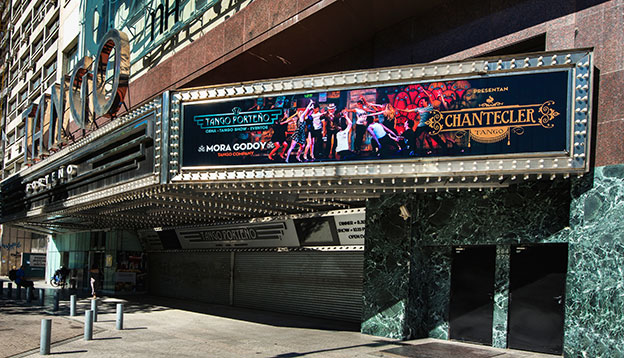 Homestays are a fabulous way to get a taste of local life and culture in a relatively sanitised environment, no matter how ‘undeveloped’ a place may be. Life in the islands of Lake Titicaca may be basic but it is also immensely fascinating to outsiders. The local people here have maintained their lifestyle as if the last thousand years hadn’t even passed.

Well, you know they have because they organise superb tourist homestays, complete with a night of dancing in costume (at high altitude, beware!) drinking warm beer and soaking up the splendours of the dramatic landscapes. We can organise a variety of homestays all over the continent but these are among the most revered by all. Visit a Local Community in the Amazon Rainforest

Local Amazonian communities have been making the news headlines for all the wrong reasons lately and showing our support, by organising visits, is a silver lining if ever there was one. Cultural experiences in the Amazon are immensely fascinating for outsiders, as they finally get to experience what life is like in one of the world’s most spellbinding yet also inhospitable landscapes. It’s a whole different world, out here, and getting a glimpse of this most ancient way of life in South America is really a once-in-a-lifetime experience. Providing a modest income through tourism is also a wonderful way to help keep these indigenous tribes living and thriving in their ancestral home. 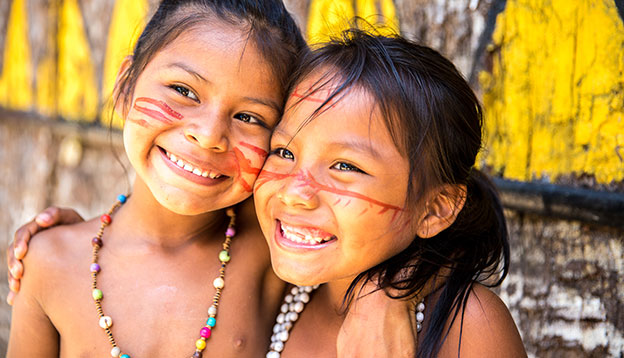 Spend a Day (Or Two) in a Traditional Argentinian Estancia

The Argentinian Pampas is the home of the famous gaucho, the toughest and most resilient horseman there ever was. Here, you can spend a day (or more) in a working farm (estancia), enjoying some horseback riding or hiking, and feasting on a traditional asado BBQ, the most iconic speciality of Argentinian cuisine.

Estancia (or hacienda) stays are exceptional ways to explore the backcountry of the southern regions (most famously offered in Argentina, Chile, Uruguay, Paraguay, Colombia, Chile, Peru and Bolivia) and to really soak up the essence of life in the South American outback. Here, long-held farming traditions have created a culture that’s utterly unique. Many old farmhouses have been opened to the public and offer distinct cultural experiences you simply won’t find anywhere else. Gaucho with a herd of sheep in Patagonia. Photo: Shutterstock

Want to add some seriously unforgettable cultural experience son your next tour of South America? Talk to us today and let us help you plan a comprehensive itinerary that soaks up the best aspects of the culture of South America, as well as its historical and natural wonders. We’re also glad to advise on all of the current South American travel guidelines, ensuring your trip is all smooth sailing!