Imagine this: you’re on the deck of your Antarctica cruise charter in the company of fellow adventure travellers, admiring a pod of Minke whales as they surf behind the wake of your vessel. Everyone’s in awe; the only sound being the clicking of cameras.

And then there’s you.

‘Did you know that Greek shipping magnate Aristotle Onassis once built a luxury yacht whose bar stools were upholstered in Minke whale foreskin? True story!’

There’s nothing quite like impressing travel comrades with fun, albeit useless and (at times) even inappropriate facts, most especially when on an Antarctica cruise and your audience is held totally captive. Chances they’ll jump overboard are quite slim. We just can’t get enough of sharing our favourite fun facts about whales!

Need a few more ‘fun facts’ to add to your repertoire? 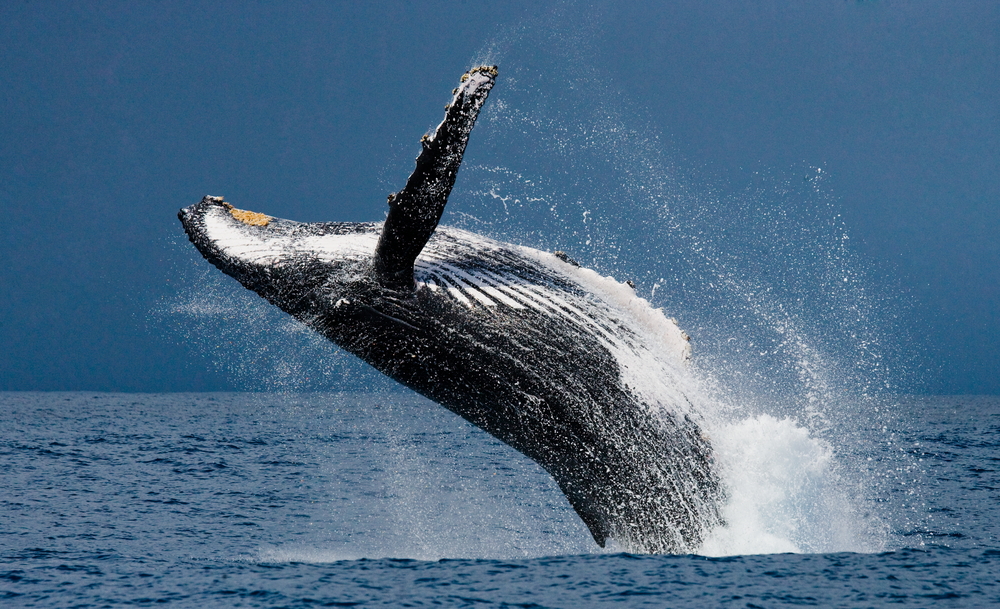 Much like the Kardashians, female humpback whales love nothing more than to hang out together with their BFFs, feeding together and developing close and personal friendships, something male whales just don’t do. Sometimes, female whales will travel a long way just to meet up and hang out with their buddies, and when they do, they emit all sorts of squealing noises.

Hey, we love seeing our friends too, so totally get it!

2. Wondering Which Whale Has the Largest Testicles?

Ok, so you probably weren’t thinking about that, but we’re going to tell you anyway! Humpback whales have the largest …hmm…member in the world, measuring a whopping 2.5 meters. The largest testicles? They belong to the Southern Wright whales and, on average, they weigh about a ton per pair.  That ought to impress the mother-in-law at your next family dinner.

Whales have been known to mimic human speech, with one notable case of a captive Beluga whale perfecting the art so much that he used to trick his diving-trainer into thinking someone was shouting for him to come up to the surface. Bazinga! Not a solitary case, there have been many such examples reported in recent years, including a Vancouver Aquarium whale who reportedly learned to pronounce its own name. With a Canadian accent, we presume.

4. The Size of a Blue Whale’s Tongue Is Insane

Everybody knows that blue whales are the largest animals to have ever existed on the planet, so no scoring of big WOW points with this fact. But not everyone knows that a blue whale’s tongue is roughly the size and weight of a full-grown elephant, so impress them with that tidbit of info instead.

If you think whales are cool, wait until you find out about elephant seals!

5. When Finback Whales Have to Go, Watch Out!

Finback whales, a member of the baleen whale family, which includes humpbacks, pee the equivalent of 3 bathtubs, every single day. It makes sense for such a large animal, but still! 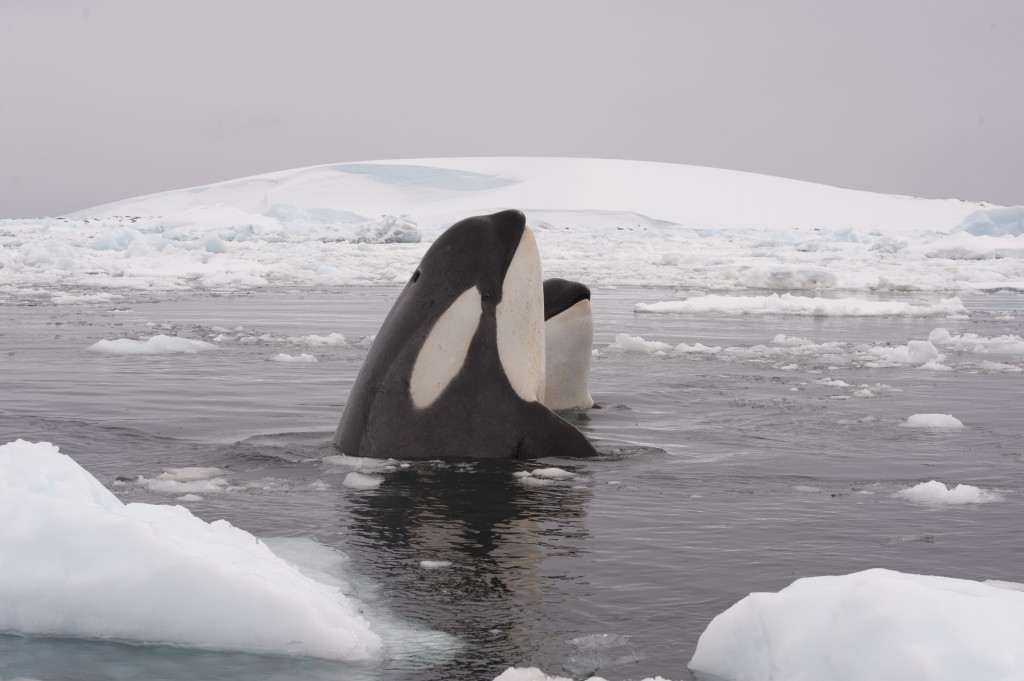 6. Orcas Can Even Attack and Kill Sharks

Orcas have been known to kill sharks by head-butting them in the stomach from below, causing them to explode. A pack of orcas have actually been filmed hunting and killing a great white shark off of the South African coast—which would’ve been incredible to see!

Carrying any post-Christmas-splurge weight? Then console yourself with the knowledge that you’re not a baby blue whale. One of our fav fun facts about whales is how fast they grow—amazingly, they can put on almost 4kgs an HOUR until they’re about 8 months old. And that’s not even during special celebrations.

Whales are awesome, but we also love these fun facts about Antarctica, the region which many whales call home.

8. Bring Earplugs to Hear the Sound of a Blue Whale

If you think your neighbour’s screeching toddler is the loudest creature on the planet, you’d be wrong. That award goes to the blue whale, who can emit sounds at 180 decibels, which is even louder than a jet engine. 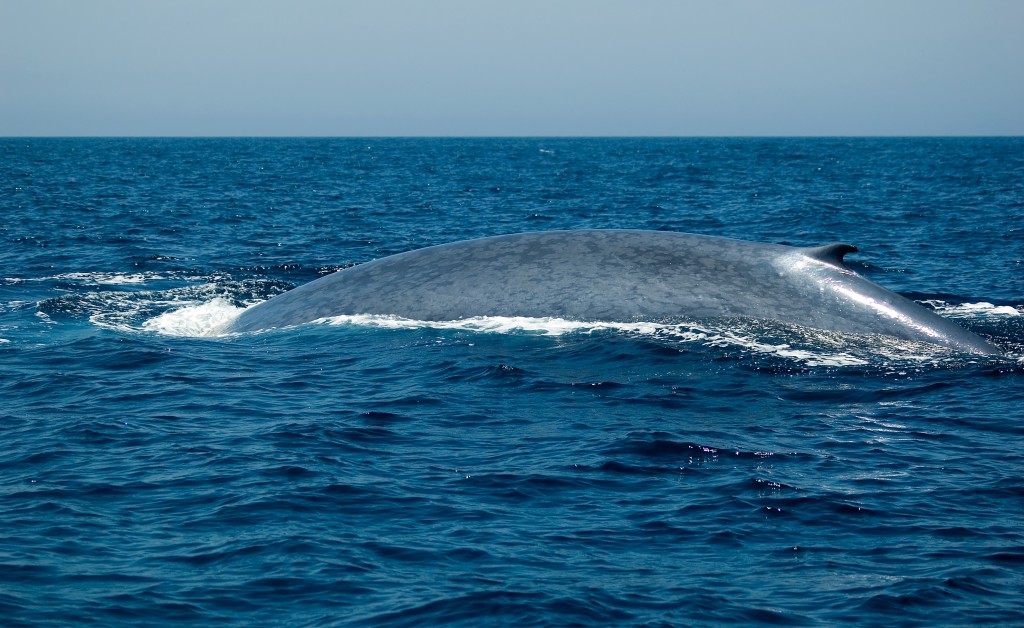 9. Whales Have a Huge Blowhole

If you wanted to, you could fit three boxes of beer through the blowhole of a blue whale. Or drive three long-haul buses inside its mouth, or comfortably crawl on all fours through its arteries. But only if you wanted to.

10. Watch Out for the Farts of a Blue Whale

When a blue whale farts, you could fit a full-grown horse in the gas bubbles, although we couldn’t independently confirm this one.

Which of These Fun Facts About Whales Did You Enjoy the Most?

Antarctica is one of the best places on the planet to witness whales of all kinds in their natural habitat. Why not choose a Whale Watching Voyage or indeed any cruise to the Antarctic Peninsula and see if you can add to this list of facts whilst impressing them with your, not-so-scientific knowledge.