From 1976 to 1983, there was a wide-spread political war campaign in Argentina known as the Dirty War. The pretext of this gruesome war was to overthrow the left-wing political parties. However, the Argentinean military simply used it as an excuse to oppress, torture and murder countless civilians. During this time, an estimated 30,000 people were abducted from their homes, blindfolded, taken to detention centres, and were never seen again. These people are known as the ‘disappeared’.

Faces of the Disappeared 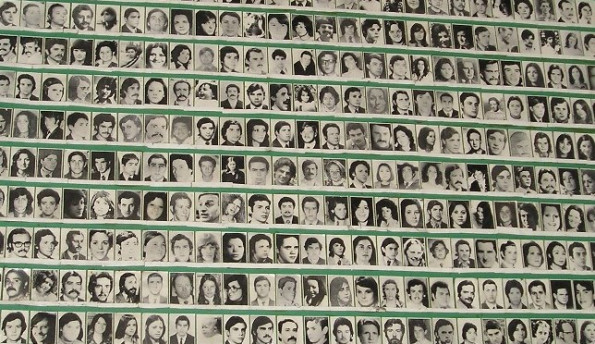 Faces of the “disappeared” during the Dirty War. Photo credit: bbc UK

It’s said that Argentina was home to over 520 of these clandestine detention centres that ran during the Dirty War. The worst of these concentration camp like establishments were functioning in the country’s capital, Buenos Aires, and were responsible for a frightening number of the ‘disappeared’. There were 6 detention centres located sole in Buenos Aires; Club Atlético, Olimpo, Virrey Cerallos, Automotores Orletti, Garaje Azopardo, and Escuela Superior de Mecánica de la Armada.

Although each detention centre had its own unique way of torturing the poor souls who were dragged through its doors, they all had a few fundamental cruelties in common. The people who entered the establishments had no names, they were given numbers or codes in order to dehumanise them, and in most cases, the prisoners weren’t allowed to eat full meals, sleep, talk or even shower. The Argentine military justified these horrific acts of torture and complete disregard of human rights, by saying the acts were to gain intelligence, and to prevent further political discord. 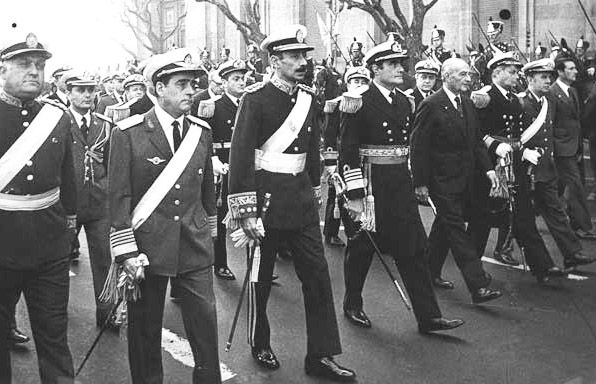 After the victims no longer served a purpose, or their spirits had been too far broken for them to function properly, the military would conduct ‘death Flights’. This is where the prisoners were heavily drugged, loaded onto an aircraft, and thrown out, still alive, into the Atlantic Ocean. This technique was used so there would be no dead bodies to tie the government to the deaths. 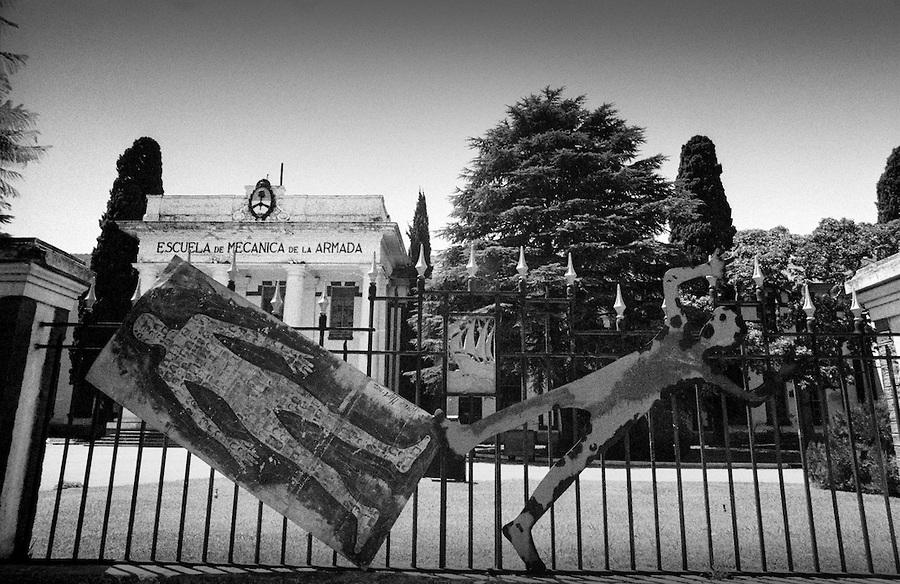 The ESMA, Escuela de Mecánica de la Armada in Buenos Aires, was the largest detention center during the Dirty War in Argentina. Today it is managed by the Mothers of Plaza de Mayo. Photo credit: Calias Photoshelter

One of the most inhumane detention centres that ran during this time was Escuela Superior de Mecánica de la Armada (ESMA). Located in the heart of Buenos Aires, this establishment of torture welcomed around 5,000 victims through its doors before it was shut down in 1983. Once a prisoner arrived, they would be walked into an interrogation room to have their picture taken, while extravagant methods of torture would be concocted and tailored to that exact individual. At the end of the Dirty War, only 150 prisoners were released. They were blindfolded, drugged and left to wander nameless through the streets.

The disappeared children of the Dirty War 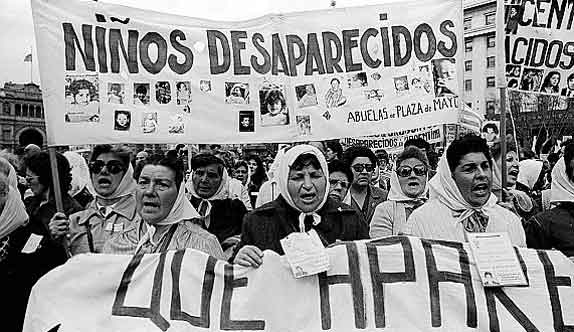 The lost children of Argentina. Photo credit: politics of memory

Usually if pregnant women enter a detention centre, the child is immediately taken from them after birth, and is given to an outside military family to raise. However, in this particular centre, the children were often ripped out of the mothers, and those that survived were given away. The mothers were then left to bleed to death, or they would be murdered shortly after.

It is estimated that around 500 children were taken from their imprisoned mothers, and given to military families to raise as exemplary individuals. These children grew up not knowing their real identities, or their real families. This was to ensure that no one could trace their lineage back to the ‘disappeared’, and begin asking the government questions. 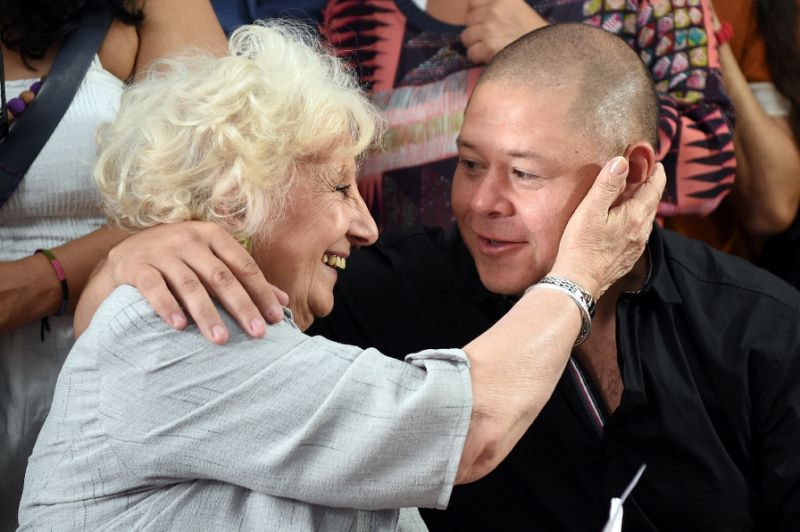 In 1977 an organisation called Grandmothers of the Plaza de Mayo was founded by Estela Barnes de Carlotto. The sole purpose of this organisation is to identify the children that were stolen and illegally adopted, and to reunite when with their biological families. To this day, people are still enduring the heartbreaking task of searching for their lost granddaughter and grandson, however, this amazing organisation has reunited countless families that were victimised by the Dirty War.

The history of Argentina makes it an immensely rewarding country to visit. So take a look at our extensive collection of Argentina tours and come discover South America. Click here fore more information about Chimu.