Start planning for a trip to South America and you’ll no doubt be recommended to stay in a hacienda by anyone who’s been. Some will call it the South America equivalent of a homestay but a hacienda is so much more than just a simple accommodation choice. What exactly is a hacienda, you ask? Well, why not come visit and find out! 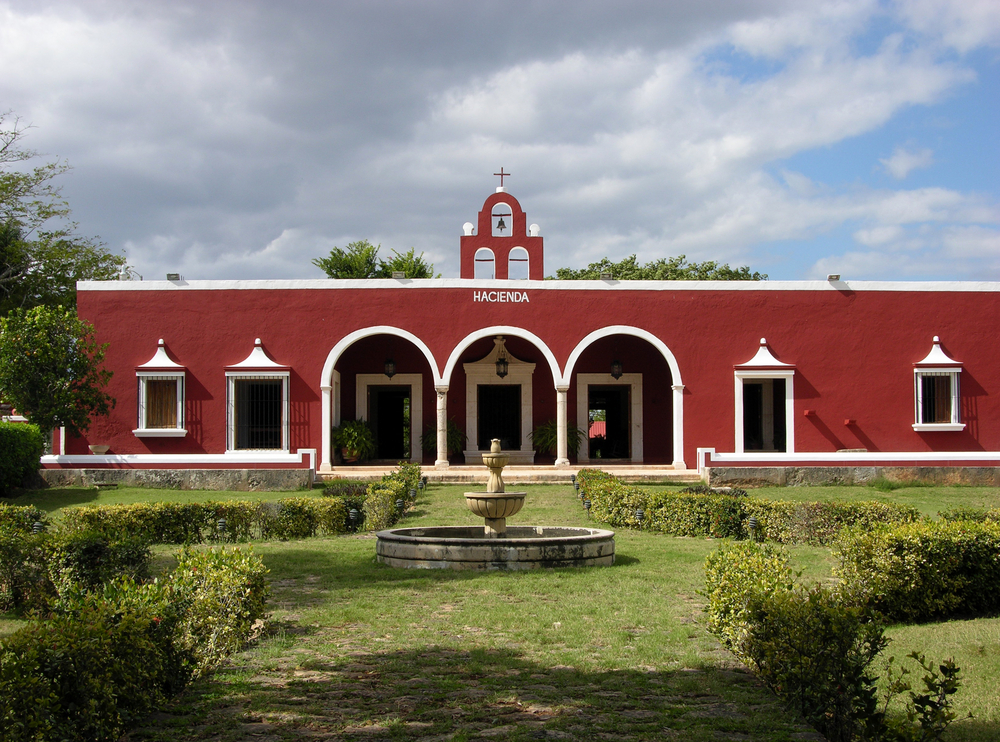 The history of haciendas

Haciendas are homesteads set on rural and agricultural land in all Spanish-speaking countries of colonial background. In South America, they were initially set up during the so-called Age of Discovery, when Spain was laborious in its conquering of the New World. Allocated large plots of land, members of the Spanish nobility ((called patrons) proceeded to build enormous manor houses that were utterly grandiose and built to impress. Estates were originally involved in mining, livestock and/or agriculture, with the wealthy Spanish owners employing local native workers to run their properties. They were comparable to the kind of large estates found in North America where, all the way through the 18th and 19th centuries, were owned by rich white farmers and worked by poor black slaves. In haciendas, the workers were not classified as slaves, yet their employment would certainly be called ‘forced labour’ in today’s terms.

Along with land grants, patrons would be allotted a certain number of ‘natives’, who would learn Spanish and be converted to Catholicism in return for their labour on the land. Technically, workers were free to come and go, but in reality, life for hacienda workers was not all that different to those of slaves. Up until the 20th century, haciendas were contributors to the main exports of Latin America, including coffee, sugar, meat, leather and all manner of vegetables and grains. 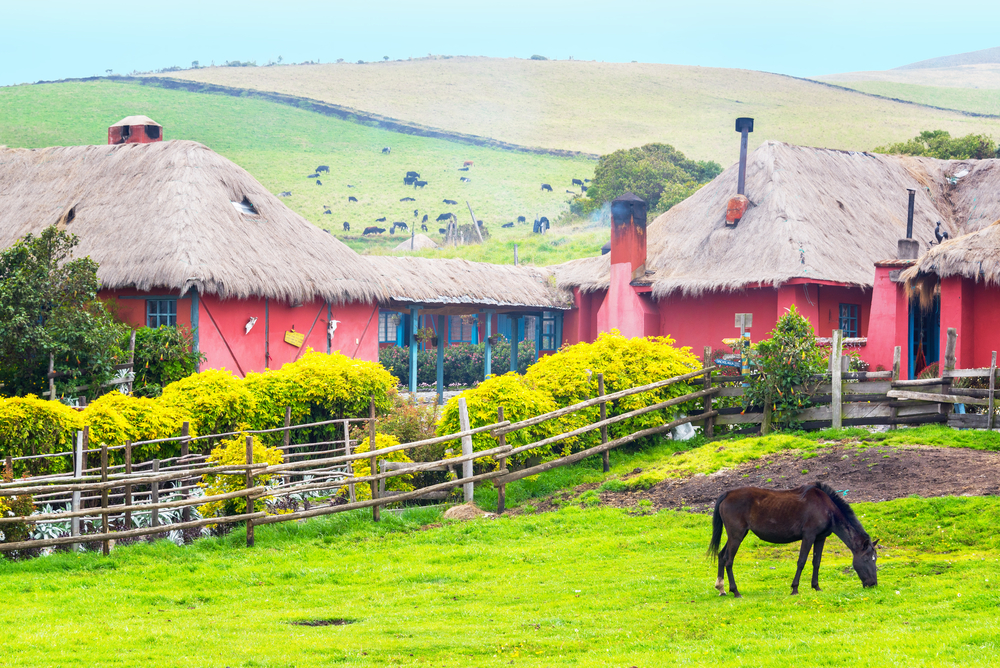 Most hacienda were phenomenally lucrative and became the first victims during the several wars of independence which swept Latin America, for they represented the kind of social divide which marginalized the native population. The sheer existence of haciendas and the social cast divide they created, was one of the main rallying point for revolutionary uprisings.

Haciendas are known by a few different names depending on the country. In Argentina, they are more popularly known as estancias, a term which seems to be gaining popularity in North America as well, to denote an estate mansion dating back 2 to 300 years ago.

Many haciendas all over Latin America survived revolutions, independence, economic crisis and all sorts of political and social upheavals. Over the last two decades, many more have been turned into the most spectacular choice of accommodation for tourists, with homesteads restored to their luxurious glory. Some of them, like stunning La Chonita in Mexico, which dates back to the early 1800s, are still producing sugar cane and cacao, whilst incorporating a hostel and offering guests an array of tours and rural activities.

Staying in a historic hacienda, during a tour of Latin America, means retracing hundreds of years of history, and gaining a deeper understanding of the trials and tribulations of the local populace through the colonial era and right up to the present day. 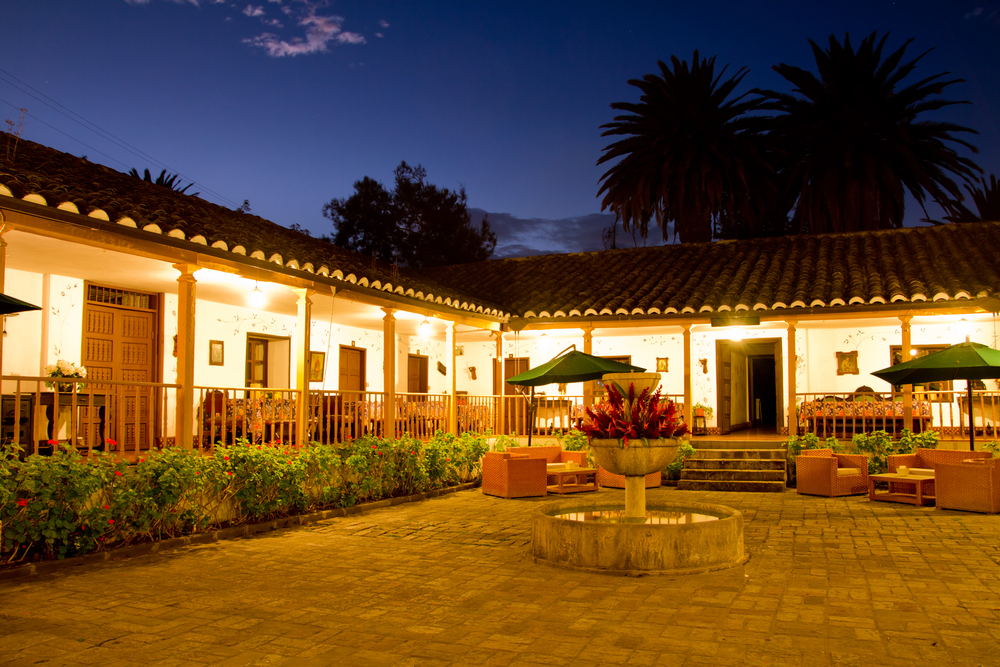 Choosing a stay in a hacienda or estancia

Hacienda and estancia stays are offered all over Latin America – from the Andes to the Pampas – and can vary greatly in terms of style, history, and what they have to offer guests. A few are still very much working ranches, offering a taste of real life in a rural Latin American farm, the way it has been for hundreds of years. The great majority of haciendas offer absolutely outstanding country stays, with luxurious accommodation options among magnificent landscapes that are characteristic of their location.

In Colombia, for example, you can stay in authentic and historic coffee plantations, places where some of the world’s most coveted beans are planted, harvested and packaged for export. In Ecuador, most haciendas are found in the stunning highlands; this is one of the countries with the largest hacienda tourism scene. High mountainous countries like Peru and Bolivia don’t boast nearly as many haciendas, since most were involved in mining, and the few agricultural estates which existed were comprehensively broken up during rural reforms. 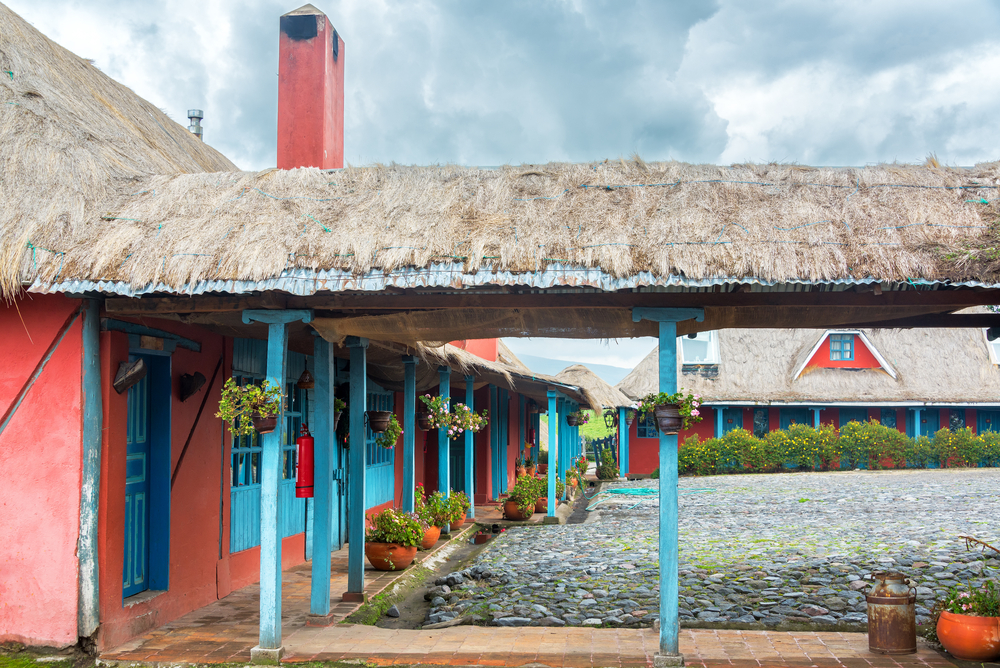 If you’re after an unparalleled delectable stay, then Chile may be your drop of choice. A few rather special 19th-century winery estates have opened their doors to the public, not just for wine tasting but for weeklong stays in their sumptuous homesteads. Mouth-watering gastronomic delights, world-class wines and über-comfortable stays in a resplendent Chilean hacienda could well turn out to be the absolute highlight of your tour to South America.

Argentina is the one country where haciendas are immensely prominent, many of them still contributing greatly to the country’s economy. Large swaths of fertile lands made Argentina a prime estate nation and, since the spawning of agritourism, an even greater number of haciendas have appeared on the tourist market. In Argentina, you can find exceptional hacienda stays from Salta in the north all the way down to Patagonia. 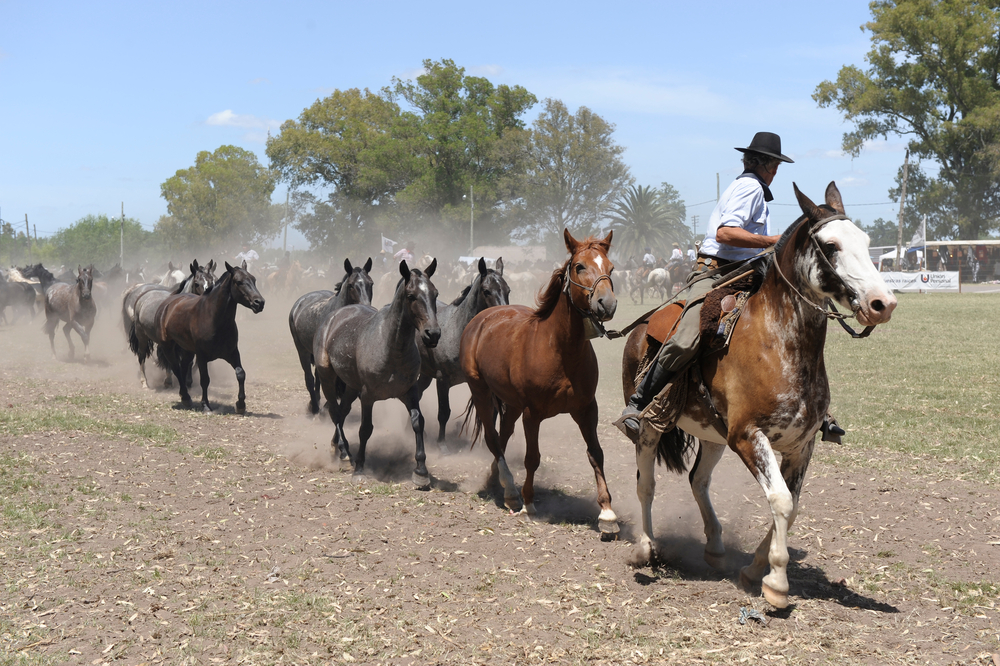 The best haciendas in Latin America

With a kaleidoscope of haciendas and estancias spread out all over Latin America, your choice for unique stays is considerable. All of them offer fantastic activities like horseback riding, cooking classes, hikes and more.

Here are just three of our favourite haciendas in South America.

San Agustin de Callo, Ecuador- Found at the base of Mt Cotopaxi, this wonderful boutique hotel is one of the country’s most exceptional accommodation choices. San Agustin combines over 400 years of history with an amazing location, right in the heart of the Cotopaxi National Park, barely an hour out of the capital, Quito. On site, you’ll discover 15th century Inca ruins which have been beautifully preserved, and elegantly rustic rooms built around the remains of ancient Inca walls. San Agustin de Callo skilfully manages to combine modern luxuries with a kind of mesmerizing old-world charm. The daily menus are assured to titillate your tastebuds and, with breathtaking views of Cotopaxi from all angles of the glorious gardens, a few days’ stay at San Agustin de Callo can provide that dose of R&R you seek at the end of your tour of Ecuador. 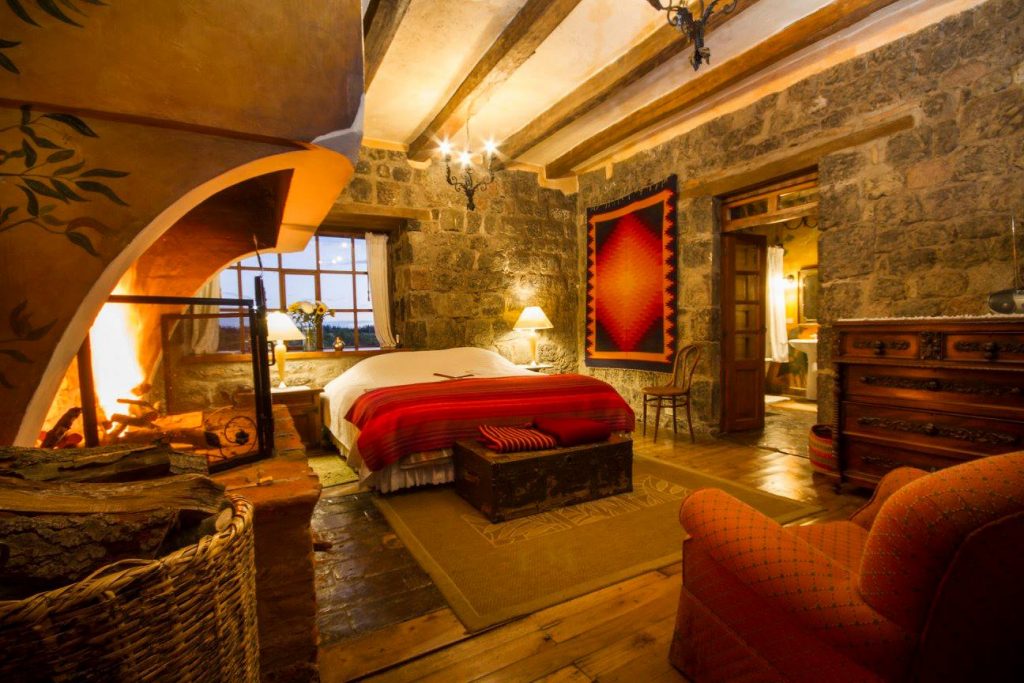 Estancia Candelaria del Monte, Argentina – For a taste of gaucho life, merely an hour out of Buenos Aires, you can’t ride your stallion past this hacienda in Argentina’s San Miguel del Monte region. A popular rural area (you’ll find several estancias here), San Miguel is one of those pockets of natural gorgeousness you normally only see on postcards. And Candelaria is its hacienda equivalent. Exquisite food, luxurious comforts, stupendous landscapes and a fabulous swimming pool all concoct to kidnap your senses and hold them hostage forever more. Candelaria very much offers an exclusive hacienda experience and if that’s the kind of treat you’re looking for, in wonderful Argentina of all places, then this may just be that hacienda stay you’re after. A true-blue working ranch, with plenty of farm animals, horses and super friendly dogs, Candelaria is an idyllic place to break up the drive between Buenos Aires and Mendoza. Book in advance though, as this hacienda is ideally small with only a few rooms available. 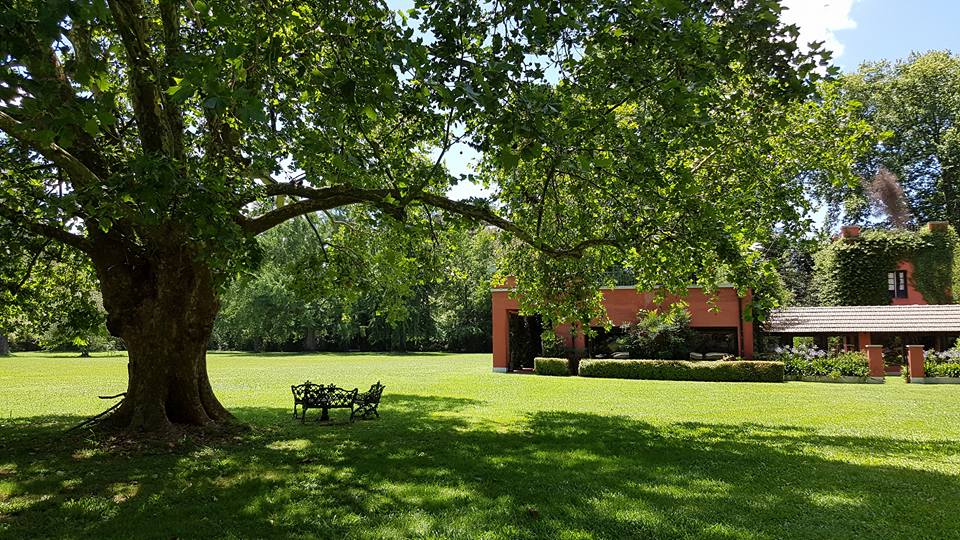 Los Lingues, Chile – At the heart of the Maipo Valley, on the foothills of the Andes, is where you’ll find Chile’s oldest hacienda, Los Lingues winery. Extensively restored after the catastrophic earthquake of 2010, Los Lingues stands resplendent, as do all the marvellous antiques which have made it such a revered mecca in the country.  The hacienda was restored to its 17th century glory, with specialist architects employed to ensure designs would be true to the original architecture.

Priceless antiques fill each room of the mansion and adjoining guesthouse: from Peruvian fighting cocks carved in silver to an ivory statue of Christ and amazing hand-made Mapuche jewellery, this is one of those boutique hotels which could easily double as a museum. The stables’ Creole horses, a rare breed dating back 300 years, provide daily rodeo entertainment, and exclusive wine tasting tours do a fine job of enticing you away for a few hours a day. With gourmet organic food grown on the premises and cooked to perfection, Los Lingues offers a hacienda stay you, or your taste buds, won’t forget in a hurry. 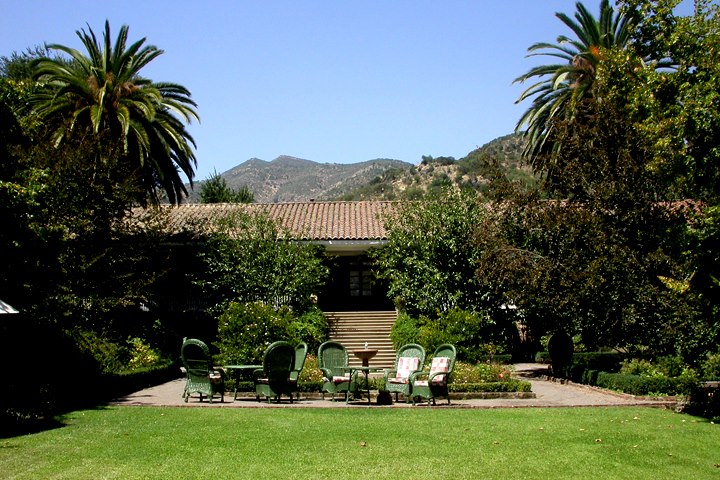 Want to include a stay in a hacienda on your next tour of South America? We can help! At Chimu Adventures, we are your Latin American experts. We design tailor made itineraries and include not only the best things to see and do, but also the best and most unique places to stay. So ask us about our other favourite haciendas and add a superb taste of history and culture in your next unforgettable South American adventure.