Tierra del Fuego, a land of fire, ice and mesmerizing sites, is Latin America’s prized southernmost border. Offering fantastic hiking, skiing, and sailing opportunities, this resplendent speck of land is framed by some of the most wildlife-enriched and prominent bodies of water in Patagonia: the Strait of Magellan and the Drake Passage, the latter offering one of the most exhilarating – and at times nerve-wrecking – highlights for Antarctica cruise passengers.

The archipelago that is Tierra del Fuego comprises several islands and covers an area of just under 70,000 square kilometres, almost two-thirds of which makes up the main island bearing the same name. Shared by Argentina and Chile, Tierra del Fuego has always been a hotly-contested land, and during an extensive tour of the place you’ll likely have to hop between borders several times. But this is neither difficult nor time consuming. In fact…that’s half the fun! 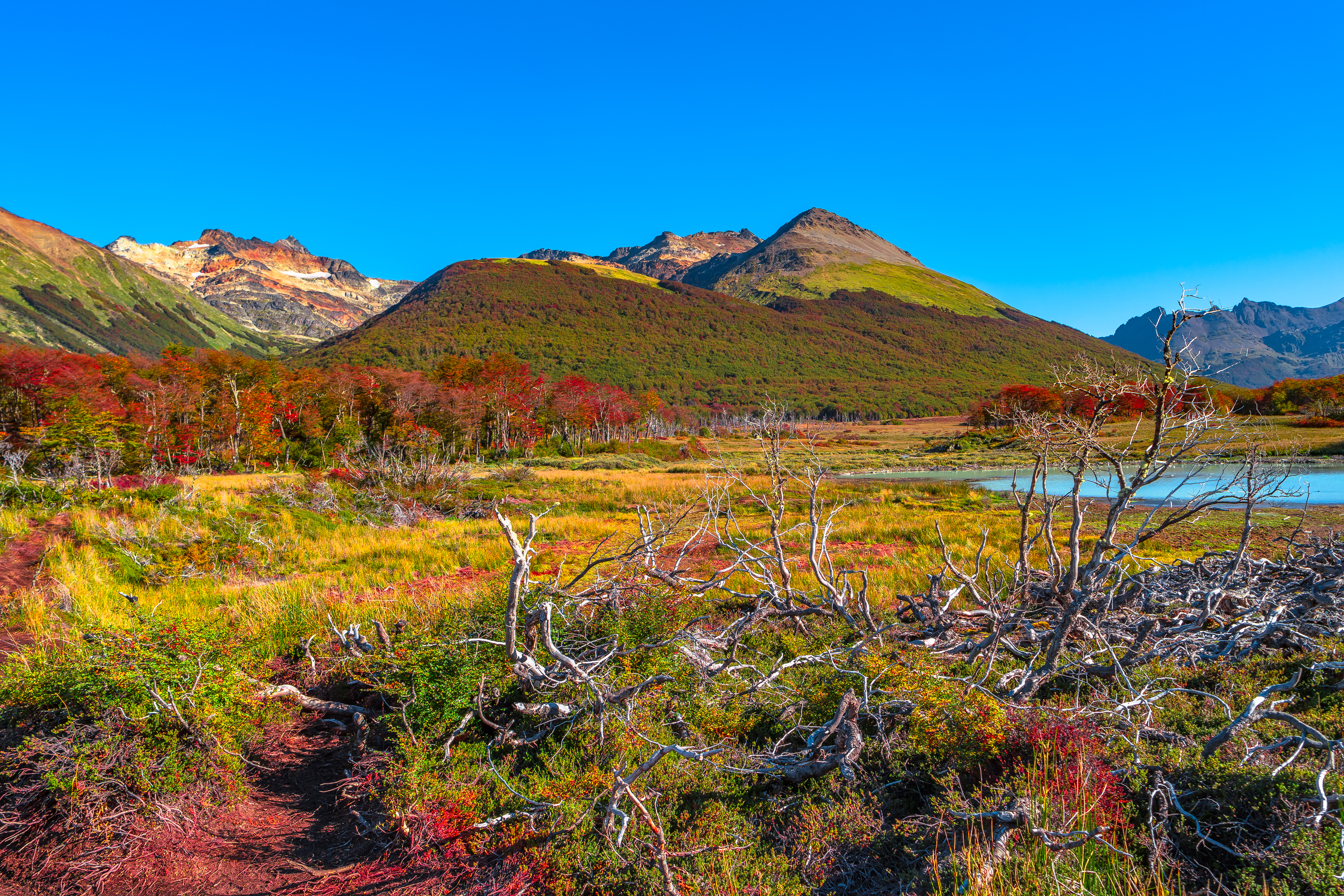 The spectacular landscape of Tierra del Fuego is overwhelmingly beautiful, dramatic, imposing. Snow-capped peaks and verdant forests combine with frozen horizons, sparkling glacial lakes and windswept valleys to create an awe-inspiring visual feast. This is the End of the World, as we know it, and when confronted with these majestic yet inhospitable scenes you’ll be left wondering how on earth indigenous tribes – like the Selk’nam – managed to thrive here for thousands of years.

Steeped in fascinating history and offering a world of nature-based adventures, Tierra del Fuego is one of Patagonia’s most underrated highlights. So take your time, when you next visit Latin America, to soak up all of its splendours. 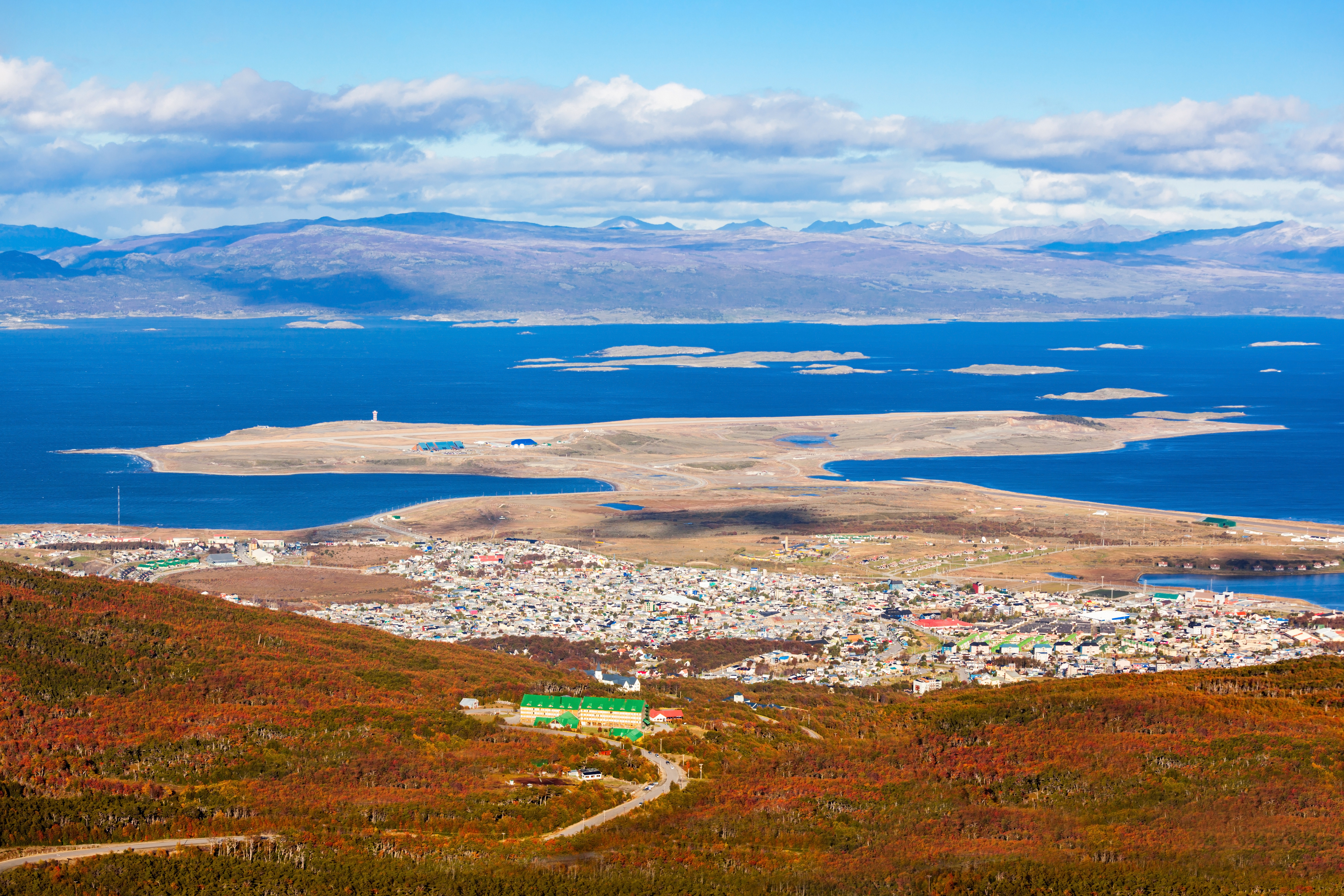 View of Ushuaia from the base of Martial Glacier. Photo credit: Shutterstock

Mountainous, rugged and infinitely enticing, the Tierra del Fuego National Park showcases the magic that happens when the Andean Mountain range literally catapults into the freezing waters of the Southern Ocean, right where the Atlantic and Pacific meet. The result is spellbinding. Created by eons of wind and glacial erosion, the jagged mountains and valleys fall into the ocean in very dramatic fashion. The legendary Patagonian winds shape the landscape at every turn.

Originally designated a protected zone in the 1960s, this nature reserve is home to a flurry of native wildlife, including guanacos, red foxes, Andean condors and an array of distinctive sea birds. Tierra del Fuego doesn’t boast a great diversity of wildlife (as opposed to greater Patagonia) but what it does have it boasts in impressive numbers: the lack of major predator means that animals like guanacos and foxes can thrive here unthreatened.

The main entrance to the park is on the Argentinian side, only a few kilometres outside of the region’s capital, Ushuaia. When well-organized, multi-day hikes crossing into Chile within park boundaries are possible. Phenomenal hiking trails will see you immersed in this unspoiled nature, with some of the more challenging ones – being those that go uphill – offering breathtaking coastal views as handsome rewards. There is no lodging within the park but several designated camp areas (with basic amenities) are there to satisfy the needs of overnight hikers. The sheer number of day hikes on offer, however, means that basing yourself in Ushuaia for a few days, and exploring the park for a few consecutive days, makes life a little more comfortable. 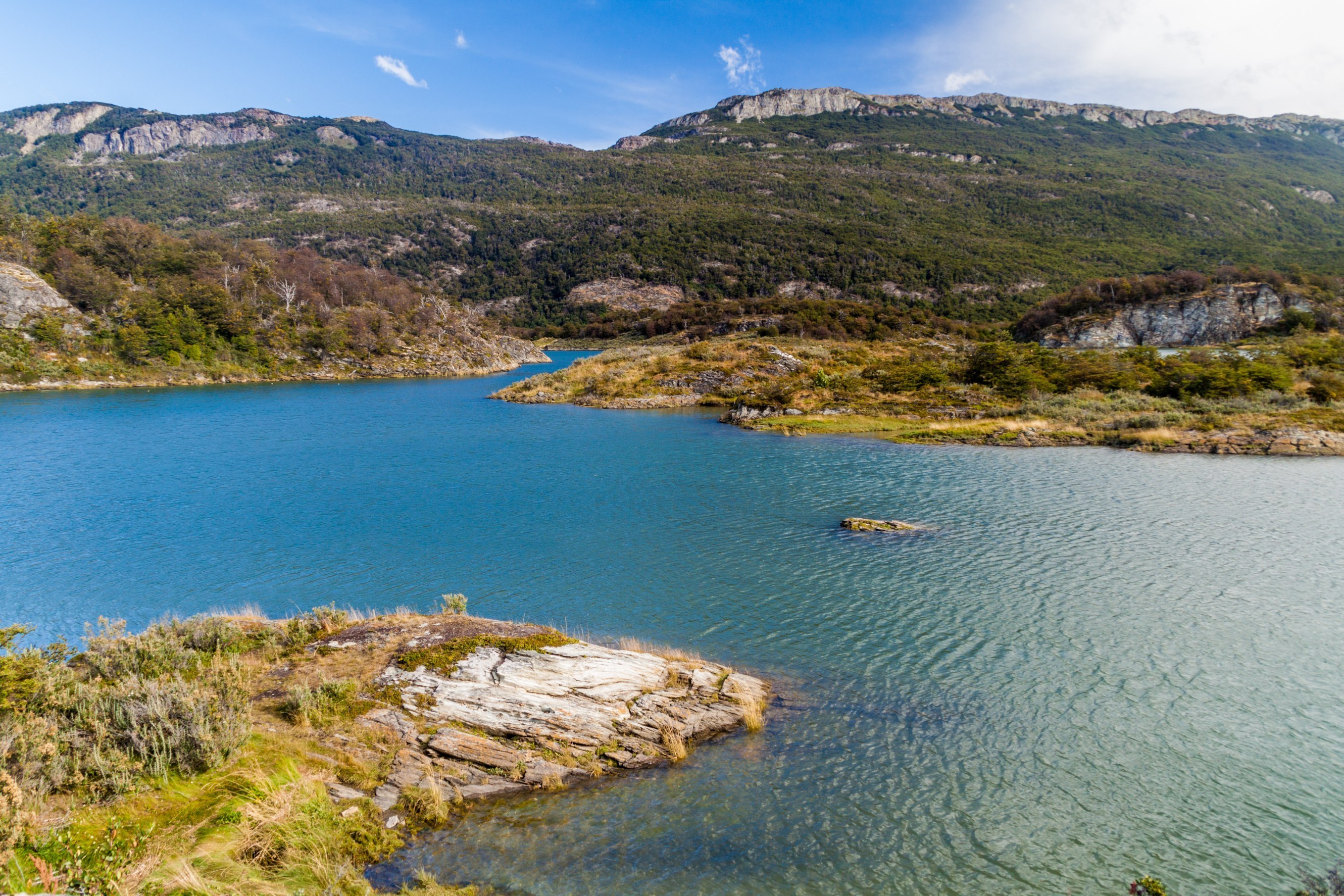 Tierra del Fuego’s largest city is widely celebrated as the southernmost city in the world. Although this moniker is endlessly argued it certainly hasn’t stopped locals from maximising its sell-ability. This thriving hub of activity may have started as a missionary outpost, and later used as a penal colony, but Ushuaia has grown into a tourist haven nowadays and wears its history with pride.

There’s loads of shopping to be done here and particularly good dining (the king crab is to die for) as well a few very interesting museums retracing the steps of the city though the centuries. This is the base-point for all active excursions around Tierra del Fuego, including hikes to the national park, nearby Martial Glacier and sparkling Laguna Esmeralda, as well as the End of the World Train rides. More famously, however, the city acts as a launching pad for cruises to Antarctica.

Ushuaia is a totally fun, diverse and really enjoyable city to discover. Find out more about what to see and do when in Ushuaia, right here. 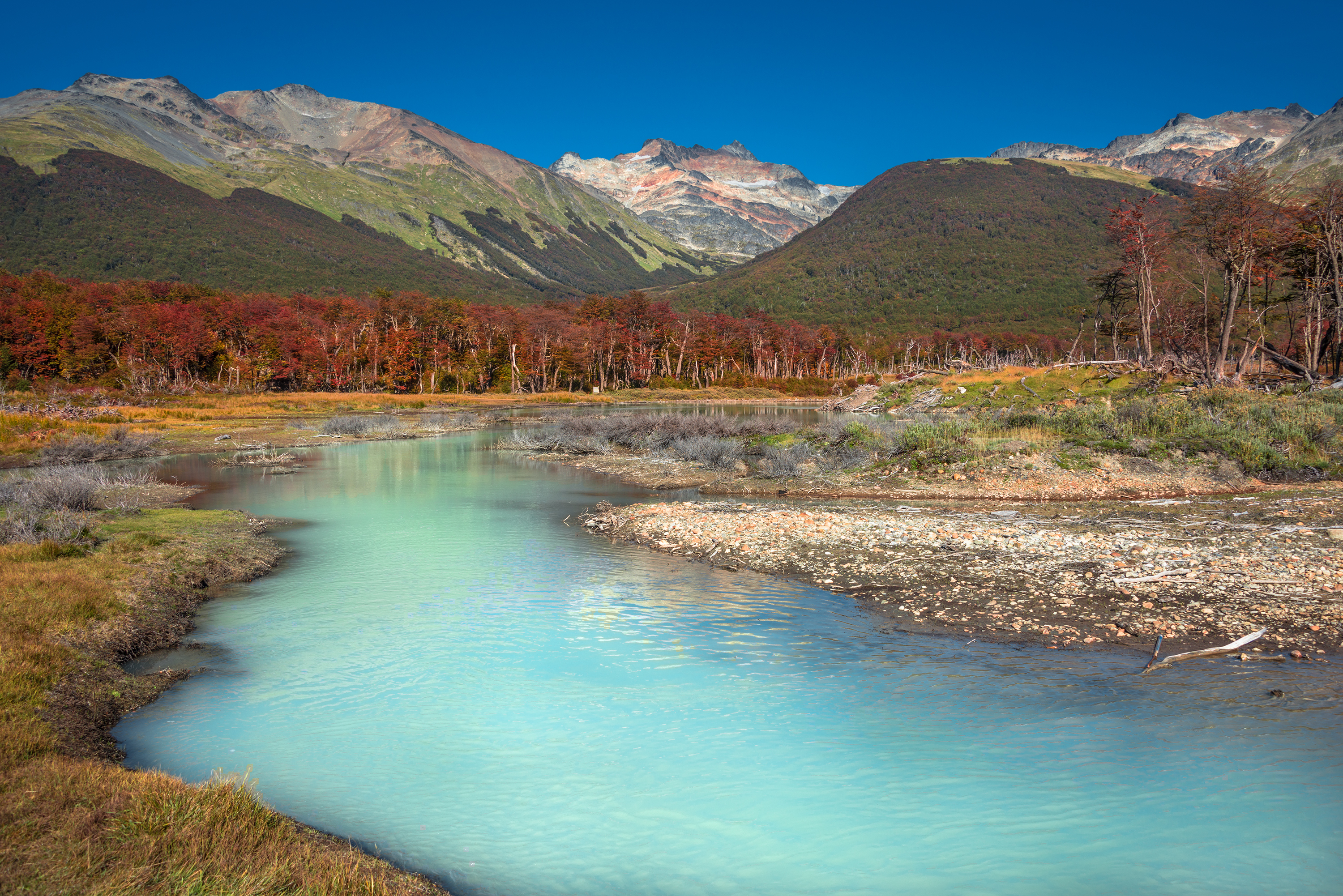 Irrespective of all the great things Ushuaia offers visitors, there’s no doubt that its popularity would be immensely lessened if it weren’t founded on the shores of the Beagle Channel. A boat trip out of Ushuaia, to explore the furthest reaches of the channel and encounter its most fascinating wildlife, is an absolute must. Sea lions, Magellanic and Gentoo penguins inhabit the islands just off Ushuaia’s harbour. 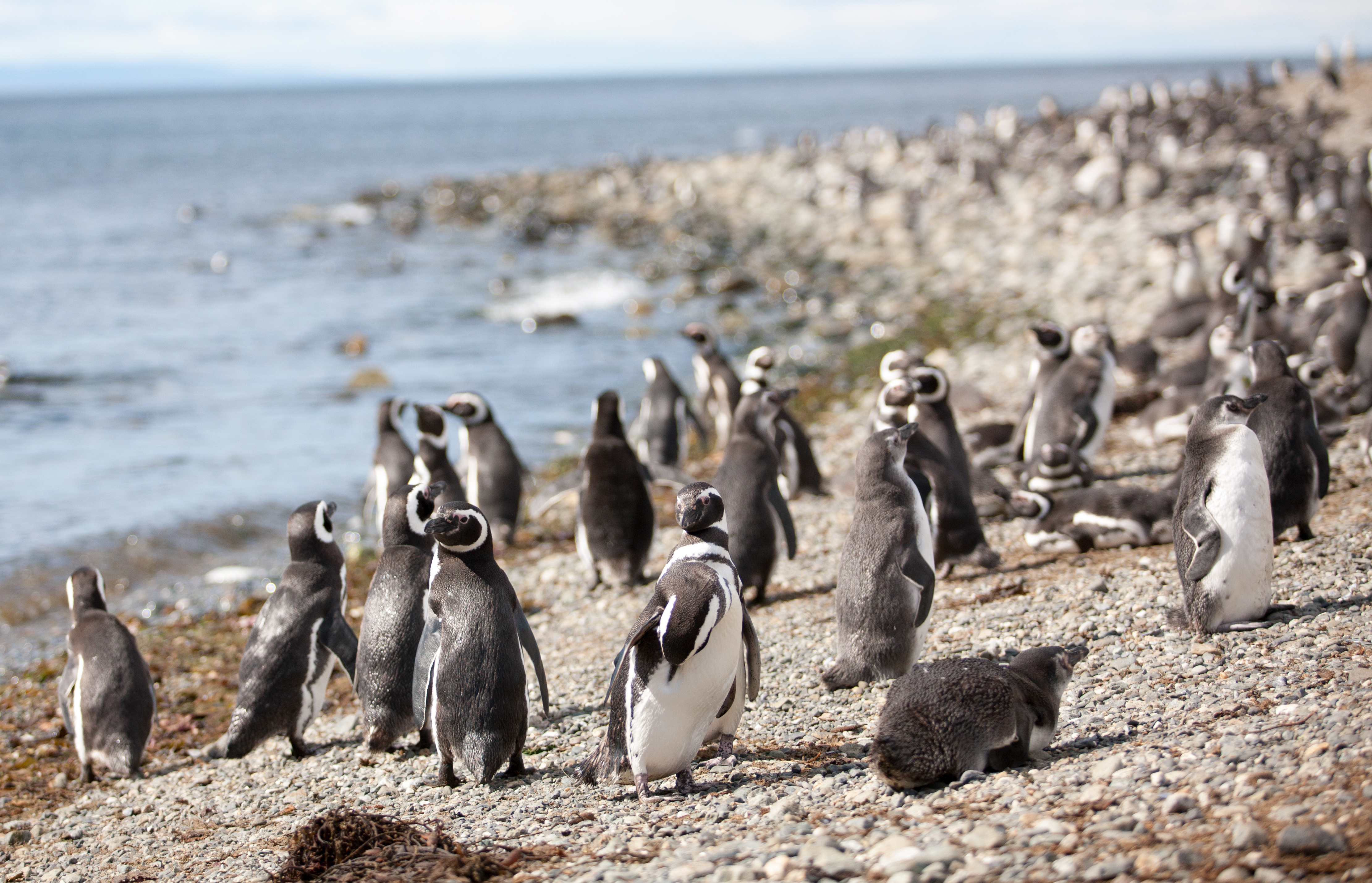 Itineraries will see you take in the sights around a few of the out-lying islands, meeting lazy sea lions sunning on rocky protrusion, dolphins frolicking in the frigid waters and a multitude of sea birds. If you’re after an all-encompassing and totally awe-inspiring experience, include a scenic helicopter flight over the Beagle Channel into your Ushuaia Discovery itinerary.

At the risk of sounding artistically dramatic, we have left the best ‘til last. Because if there is one highlight of Tierra del Fuego that deserves an absolute cult following, it should be its magnificent Glacier Alley. As stunning as all the viewpoints are, all over Tierra del Fuego, nothing can compare to the vision of the tremendous glaciers, sheer granite mountains and half-frozen waterfalls which mark a trail, along the Beagle Channel, to the arresting Chilean fjords of Tierra del Fuego.

For those who don’t have the time nor means to travel on to Antarctica, a cruise to the Fjords of Tierra del Fuego is a terrific chance to at least experience the enormity of it all, the crushing natural starkness and raw beauty of a landscape so barren yet so incredibly enchanting. Oversized glaciers and peaks, and dark oceans peppered with pure chunks of glacial ice. It may not be technically Antarctica, just yet, but it matters little.

The experience is just as soul-reviving. 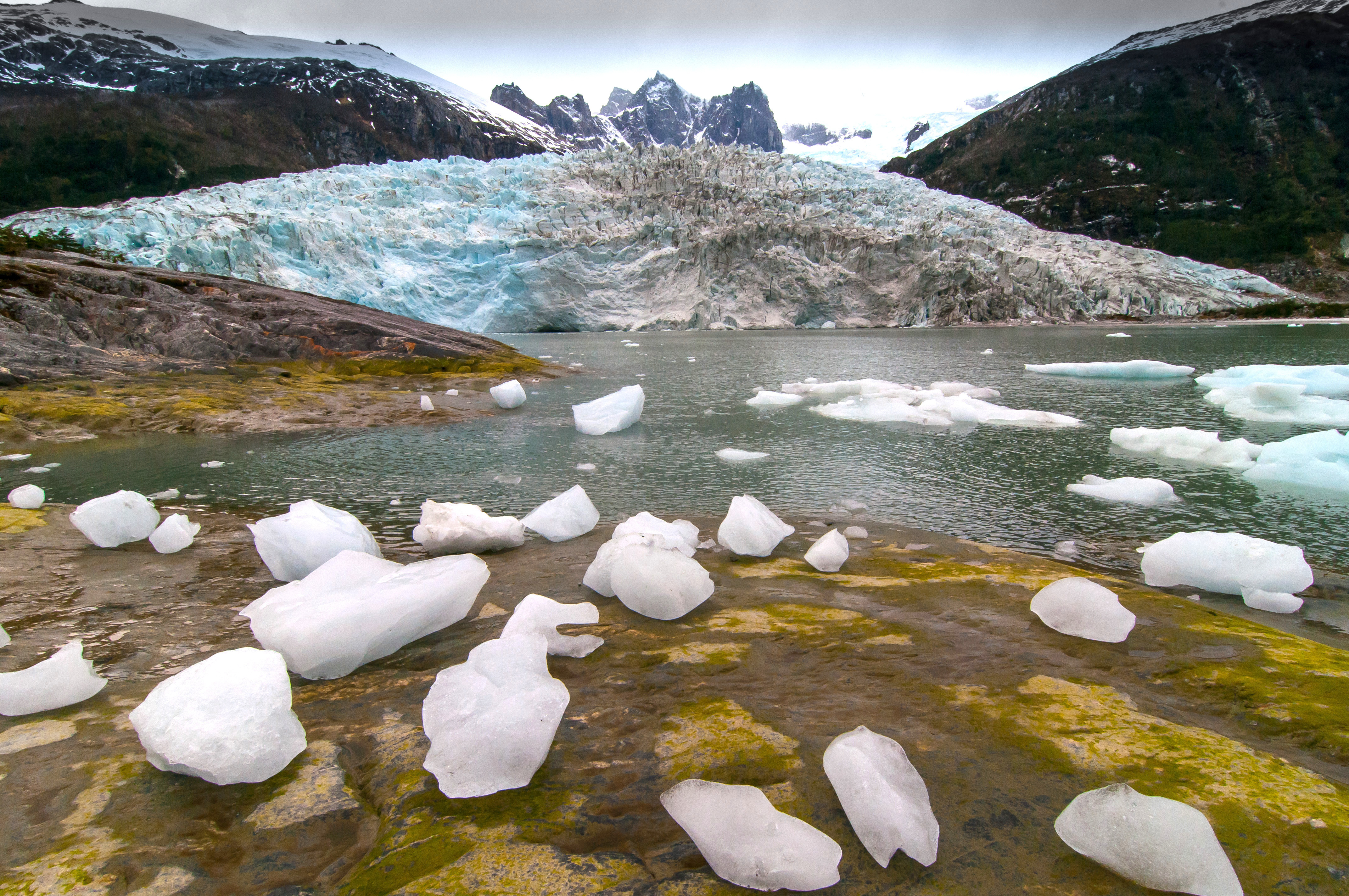 Planning a quick stop-over in Tierra del Fuego on the way to somewhere else? STOP! Stay right where you are. Add a few unforgettable days to your tour of Tierra del Fuego and explore all the amazing highlights that make this one of Patagonia’s most prized treasures. For help in creating a sensational itinerary, or adding days to your cruise of Antarctica, simply contact us and we’ll plan the trip of a lifetime.